Home
News, Tips, & Reviews
How to take the shuttle to the Holiday Inn Dusseldorf Airport – Ratingen

Update: June 22, 2017 – A reader has informed me that the Holiday Inn Dusseldorf Airport – Ratingen has changed how their shuttle bus process works. Rather than trying to find a shuttle, you need to call the hotel directly for a pickup at004921024560. Honestly, this seems better than their sporadic schedule.

Thanks! I went to the office mentioned unfortunately, they are not tied up with Holiday Inn Ratingen but, they provided me the number to the hotel as you can request them to pick you up at the airport which was quick! 🙂

Thank you, Carlo, for the updated info!

I will preface this post by saying that it’s going to be irrelevant to 99.999% of travelers, but for a special group, it will hopefully be valuable.

On my trip home from Sweden, I stayed overnight in Dusseldorf at the Holiday Inn Dusseldorf Airport – Ratingen. Thanks to the flight time, staying overnight was the only way I could catch my flight from Dusseldorf to Chicago. Fortunately, there were several cheap airport hotels advertising free airport shuttles, so it was no big deal. Or so I thought.

There was no information available on how to take the shuttle to the Holiday Inn, which is why I’m writing this. I walked to the shuttle bus area, a place where you might expect to find shuttle buses to local airport hotels. No luck, there was no sign of there being any bus for any hotel. I asked a couple of other bus drivers, who had no idea.

Then I went back into the terminal, where I asked someone at a rental car counter if they knew where to find the shuttle. They sent me to the information desk that was all the way at the end of the building. Finally, I was able to get some useful information (which I suppose is why they call it the information desk!).

He told me to cross two streets and follow the signs toward the Sheraton, and I would find the Holiday Inn airport shuttle here. Once you know where to go, it’s fairly easy to find, but there are no signs whatsoever that would help you in this quest. The office for the shuttle company, NRW Shuttle, is located in front of the Sheraton. 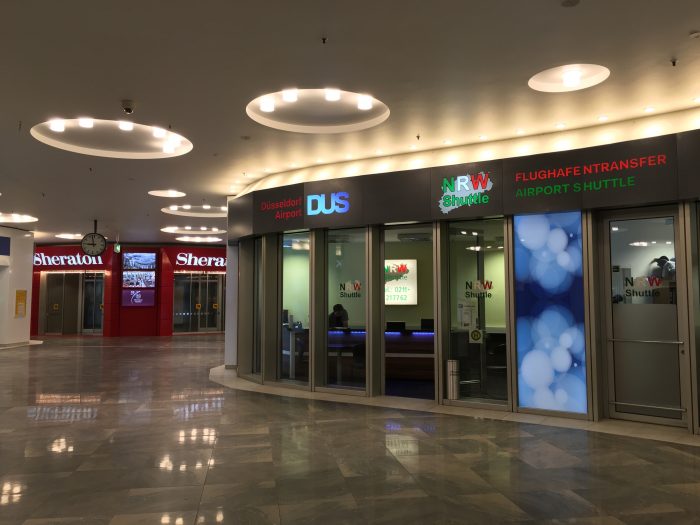 The shuttles to the Holiday Inn are supposedly frequent, but in actuality, they only run every half hour. During my quest to find where I was supposed to be going, I missed one by 10 minutes, so I had to wait a further 20 minutes for the next one. It’s amazing how airport hotels love to brag about their airport shuttles, but the execution is far less impressive. At least it was free, but they need to provide better information & service. 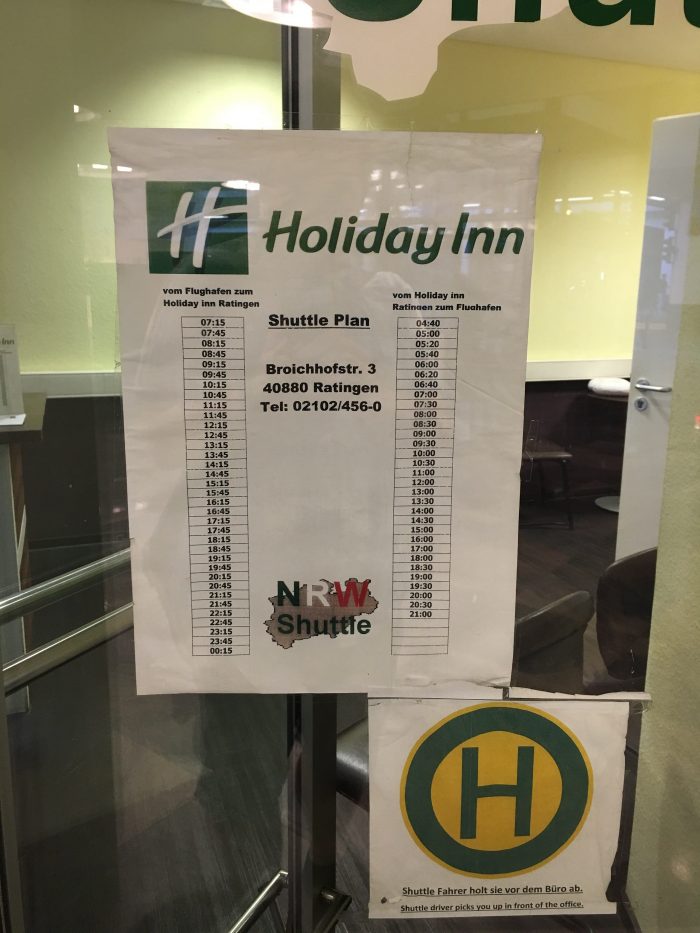 Once I got to the hotel, I found out that in the morning, you need to reserve a specific time to go back to the Dusseldorf Airport. By the time I got there at 9:30pm, the 7:00am shuttle I needed in the morning was booked full. By this point, I was unhappy. I didn’t want to have to get up even earlier for a 6:40am shuttle, or cut it close with a 7:30am shuttle. Thankfully, the woman working at the front desk offered to give me a taxi free of charge, which was nice. It was much better to be on my own schedule in the morning. I don’t know how often they make a habit of this, but if you stay at the Holiday Inn Dusseldorf Airport – Ratingen, and you see their time sheet is full for the shuttle you need, maybe you can get a free taxi instead. 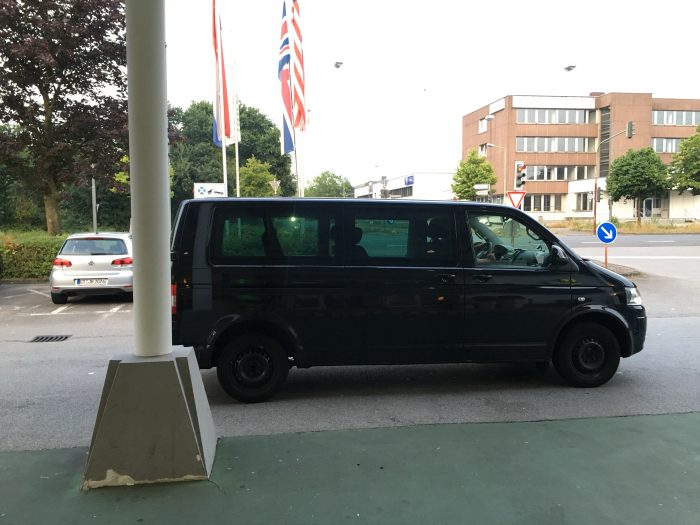 As for the room, it was a typical airport hotel. Kind of a dump, especially since I had a ground floor room, and no phone signal, but at least I had only paid about 50 Euros for the night. If I ever stay there again in the future, at least now I know how to get the shuttle to and from the hotel.