On my first day trip from Palma, I visited Sóller, which is in the northwestern part of Mallorca. It was Christmas Eve, but I found that most of the island was still open for business.

Buses to Sóller run from the station in Palma de Mallorca frequently & the entire ride takes about 45 minutes. There is also an historic railway that covers the journey, but when I was there it was closed for seasonal maintenance. Still, it was a nice enough bus ride, with the plains around Palma suddenly giving way to the Serra de Tramuntana mountain range that dominates the northern part of the island. The entire mountain range is a UNESCO World Heritage Site.

I arrived in Sóller to find that a smoky haze was covering most of the valley that the town sits in. Burning is still a popular way of getting rid of debris in some places around the world, lungs of everyone else nearby be damned. In some ways it added to my photos, in other ways it took away. All-in-all, I would have preferred to have avoided whatever was getting sucked into my lungs. 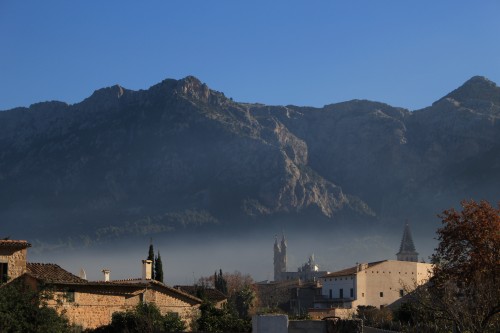 Sóller is a quaint little town surrounded by picturesque mountains. I wandered through the narrow streets for a while, stopping at the town focal point Plaça Constitució for a bite to eat near the Church of Sant Bartomeu, which has a unique facade. 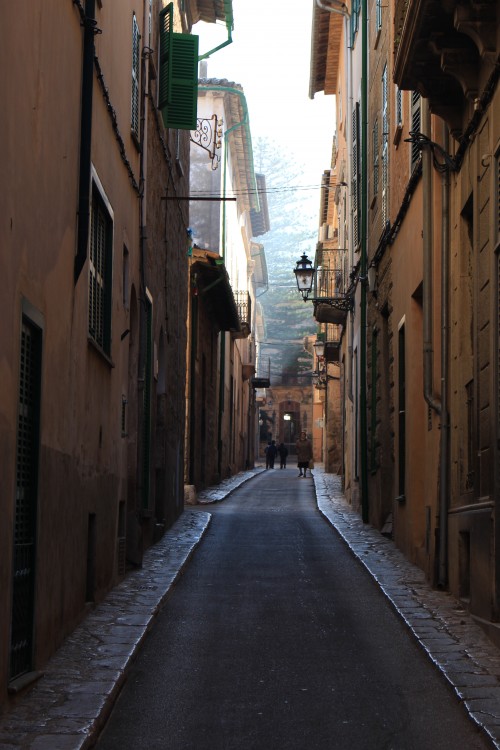 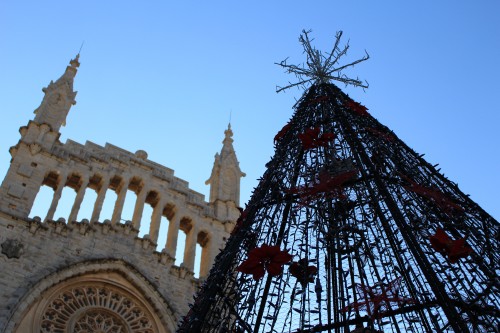 Belly full, I set off toward the Mediterranean Sea. Sóller is near the coast, but not quite all the way there. Port de Sóller is the actual town that is on the water. I could have taken a tram there, but with the weather being so nice, I saw no reason not to walk. 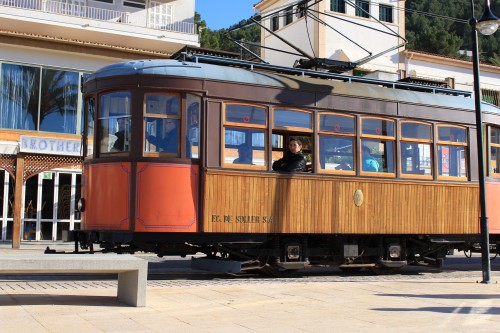 The hike from Sóller to Port de Sóller is for the most part well-marked. The direct walk along the roads would have been 4km, but who wants to walk along a road? As soon as I could, I opted to cut inland into the hills. This extended my route to around 6 or 7 km, but the scenery was nice, and it was quiet. 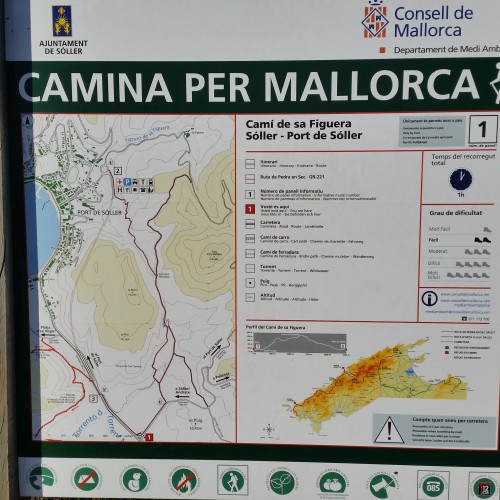 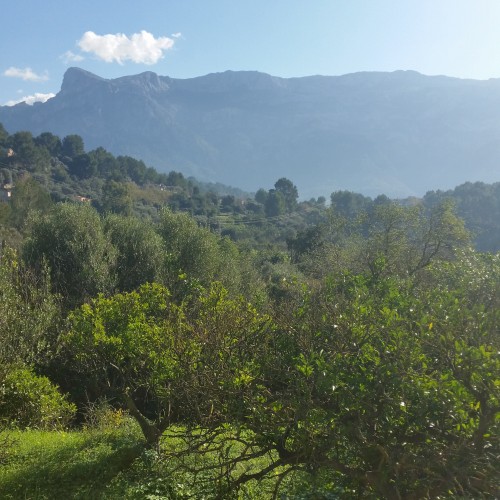 Well, it was somewhat quiet. The path exists thanks to the generosity of local farmers, who have allowed it to pass through their land. The land is filled with crops, of course, but there are also many sheep and goats. The sound of their bleats & bells filled the valley, much as the smoke had earlier. 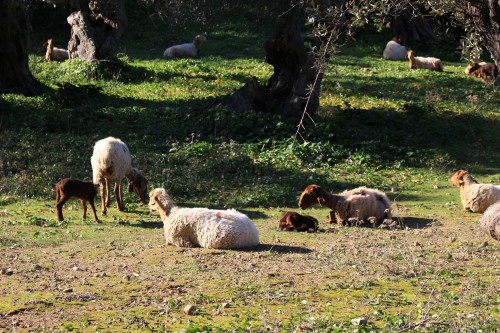 I arrived at Port de Sóller to find it to be a sleepy village, much as you’d expect on an afternoon during their off-season. With jet lag setting in, I walked some of the beach along the coast, but regrettably I did not make it all the way around to the west. Between tiredness & the beginnings of my allergies taking hold, I couldn’t do it. I’m rather allergic to Spain during the winter due to olive tree pollen. Does this stop me from going to Spain? Absolutely not. Does this make me spend my time there sneezing & blowing my nose? Absolutely.

Port de Sóller sits on a sharply curved bay, with the western and northern parts of the town being separated by only about a quarter of a mile. The views were spectacular, but I could have had an even better view back toward the port had I possessed the energy to make it all the way around. 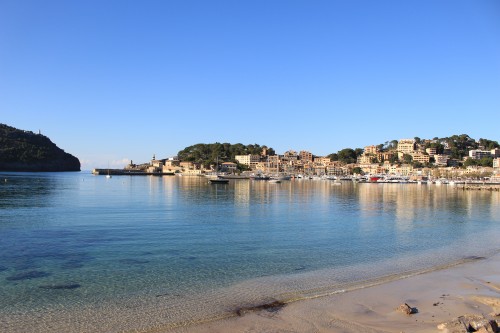 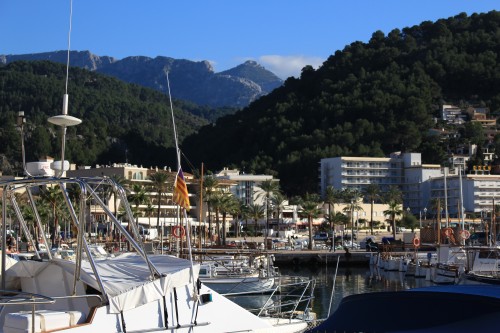 After having a snack, I got back on the bus to Palma de Mallorca. It was an hour or two earlier than I had planned, but by this point I had walked 33 miles in the previous 3 days, and I was ready to go to sleep. Normally I would try to fight through it, but with so much of my trip ahead of me, I needed a bit of a break.