The weather on my second full day in Auckland wasn’t any better than the first. I got a late start, but eventually I forced myself to get out and make the most of the day by seeing a couple more museums, the Auckland Art Gallery and the New Zealand Maritime Museum. Both are great rainy day activities in Auckland. 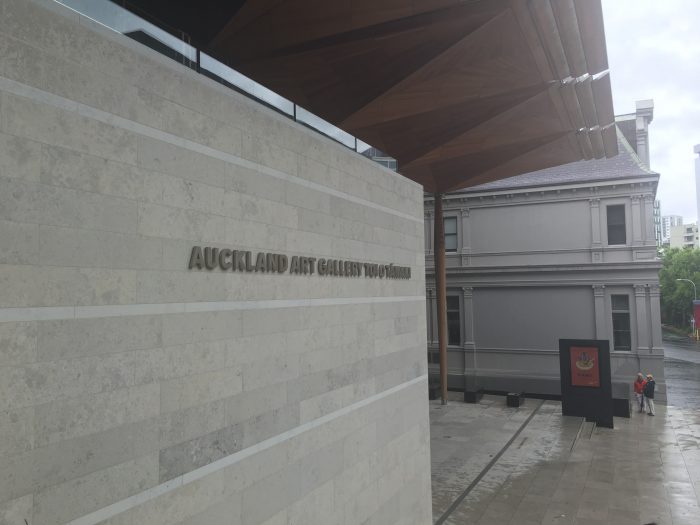 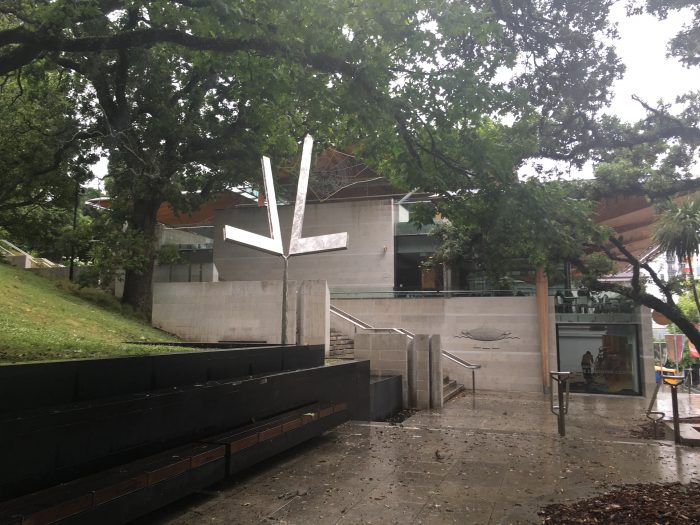 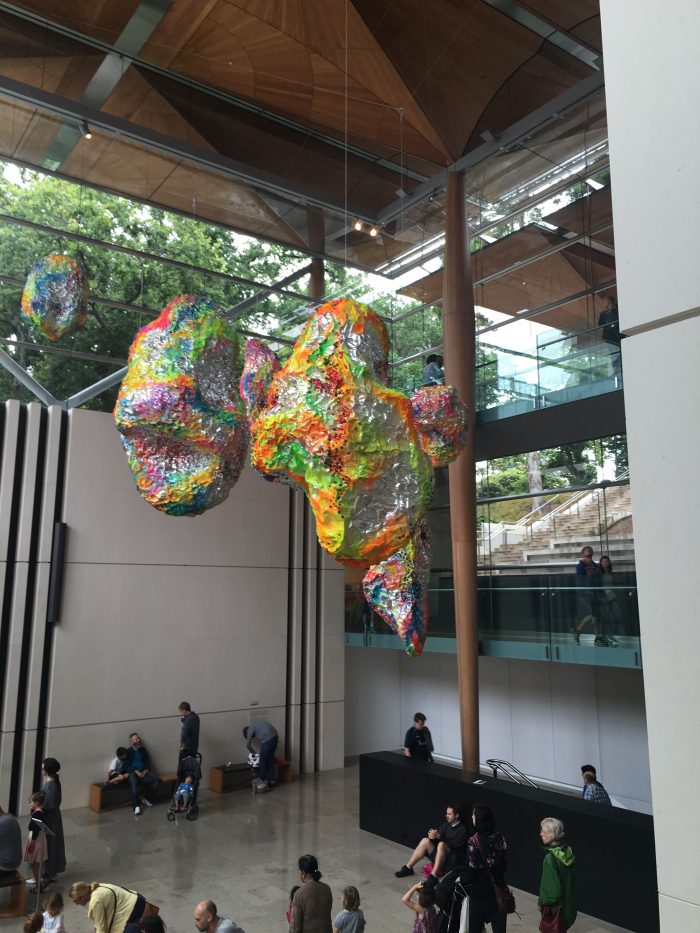 I enjoyed most of the art in the museum. The local influence could easily be seen, such as in this series by Para Matchitt that incorporates Maori designs. 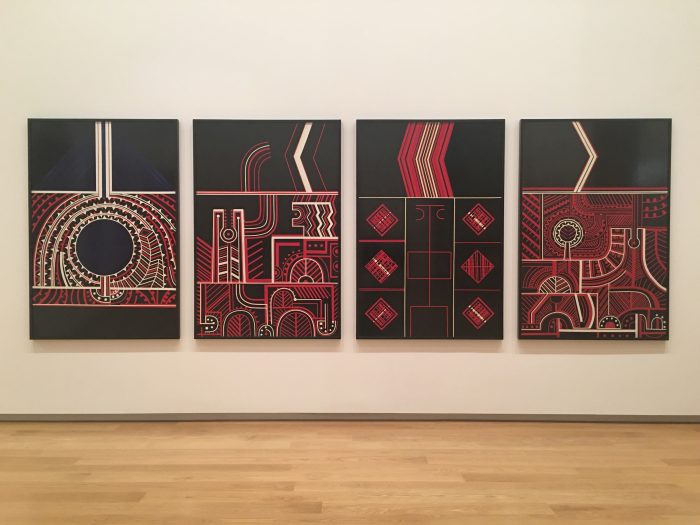 The galleries of the Auckland Art Gallery are themselves part of the art, with long hallways & unique rooms creating unique views. 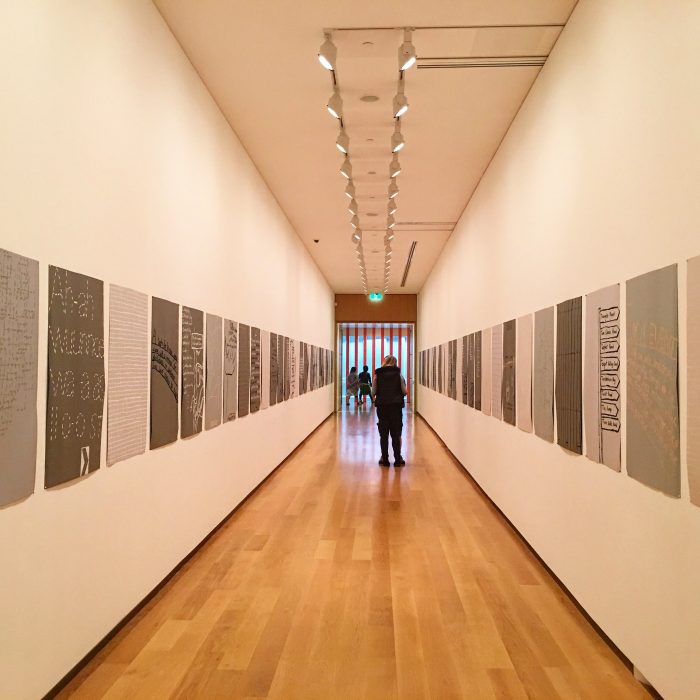 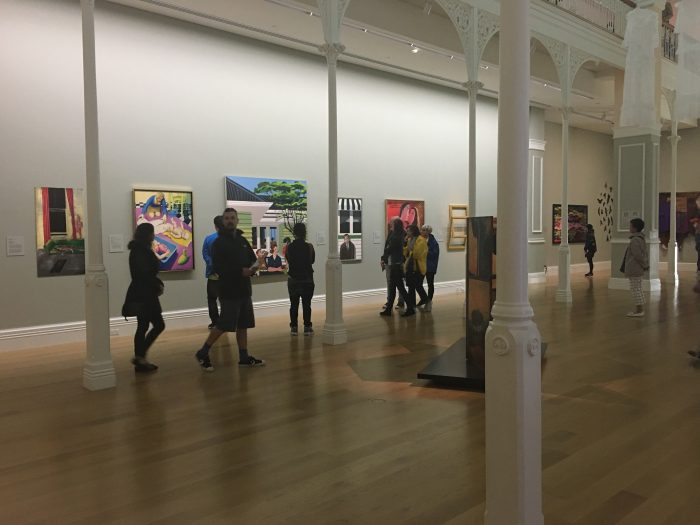 There was an exhibition on called Necessary Distraction: A Painting Show, where paintings & the room itself blended together in varying states of completion. 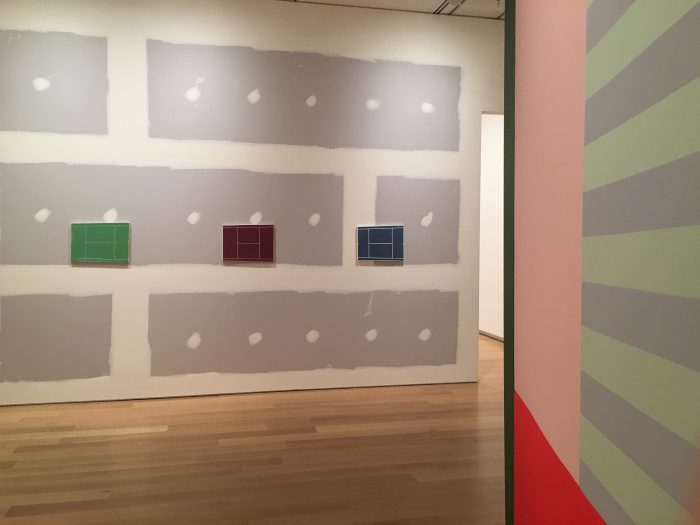 After about an hour in the Auckland Art Gallery, I headed back to the harbour, which is home to the New Zealand Maritime Museum. 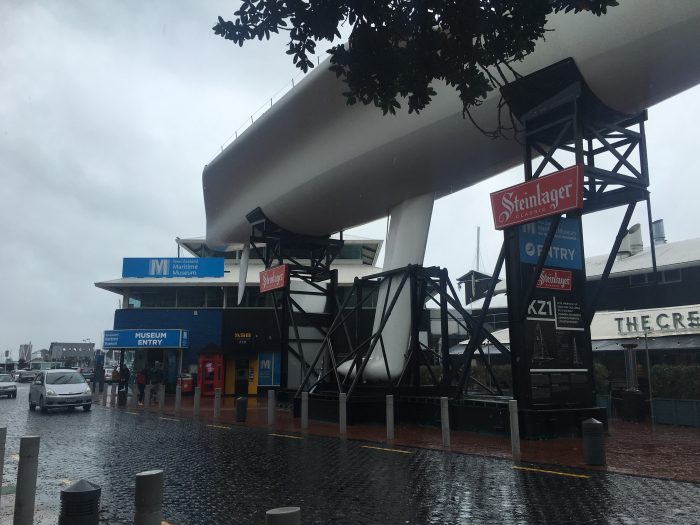 If you are at all interested in boats & ships, navigation, history, or the movement of people, or if you have children who are, the New Zealand Maritime Museum is a must-visit in Auckland. The city of Auckland and New Zealand as a whole have close ties with the sea, so there is a lot of history to be found here. 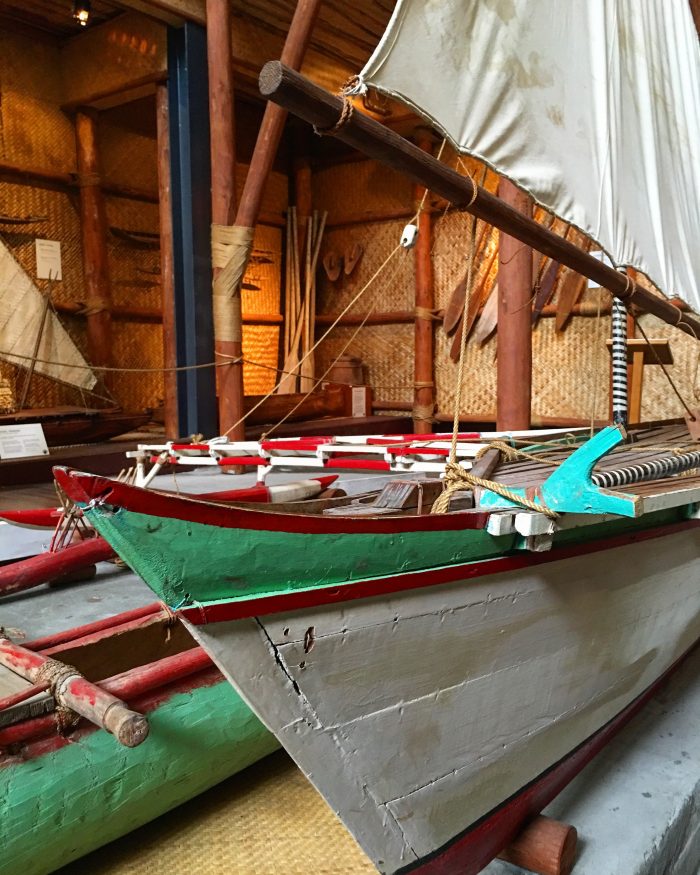 The museum is comprehensive, featuring everything from small boats in the indoor exhibits to large ships anchored at the docks. The pier is covered, so even if it’s raining, you can at least still see the ships moored outside. 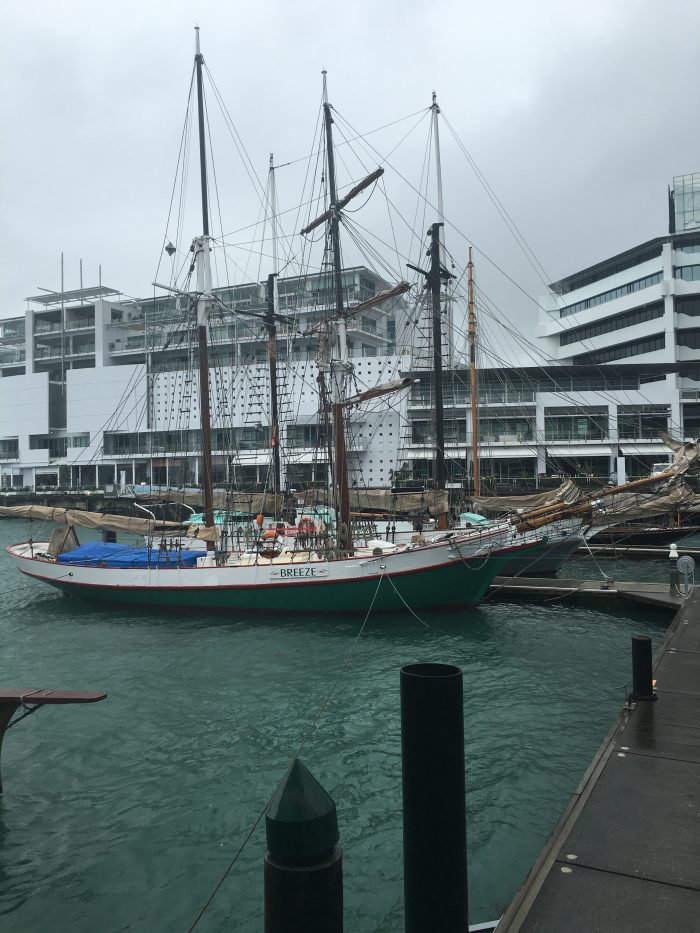 All of New Zealand’s seafaring history is covered by the museum. There are Maori boats from New Zealand, as well as boats from all over the South Pacific. 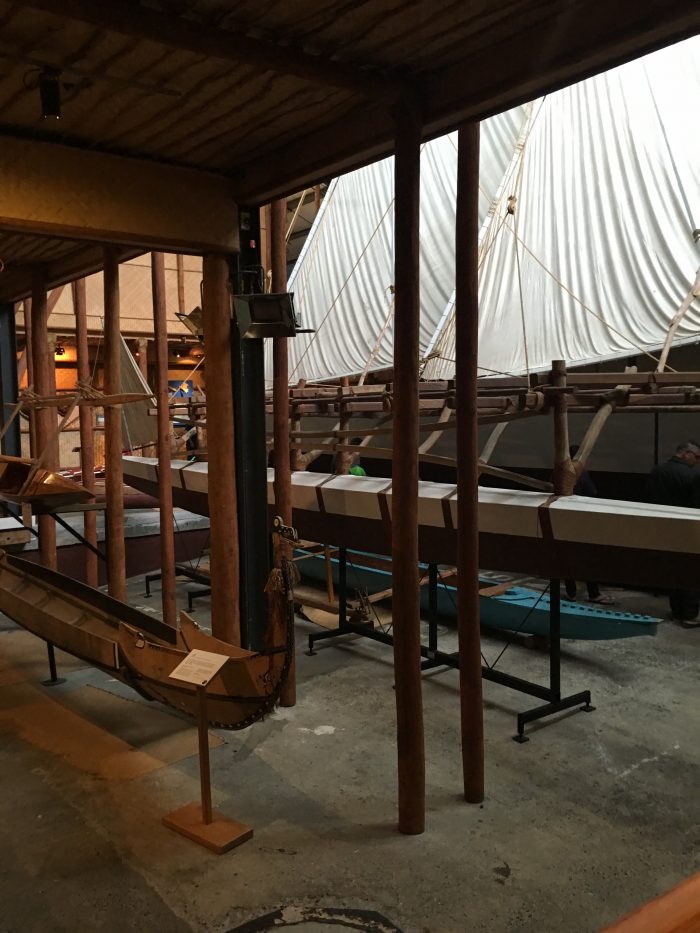 European explorers are also included, and the museum doesn’t just stop with the explorers themselves, but also includes exhibits about how people immigrated to New Zealand by ship. 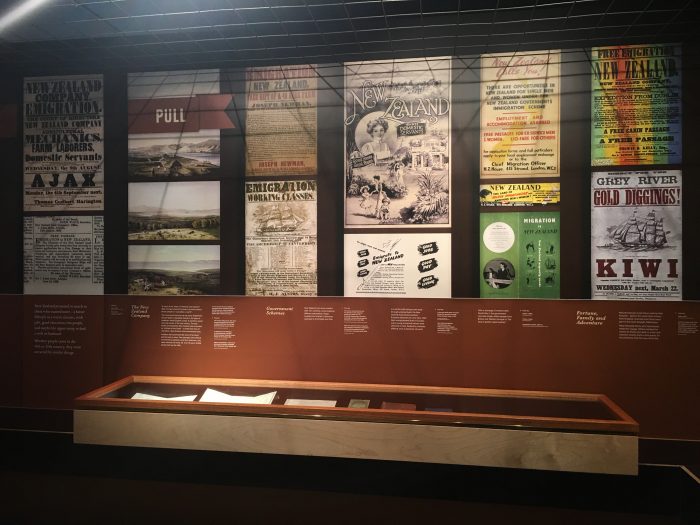 At the end of the exhibition, there was a board where you could write your immigration story. I chose to write one from the future that hopefully will not come true, as much as I would love to move to New Zealand. 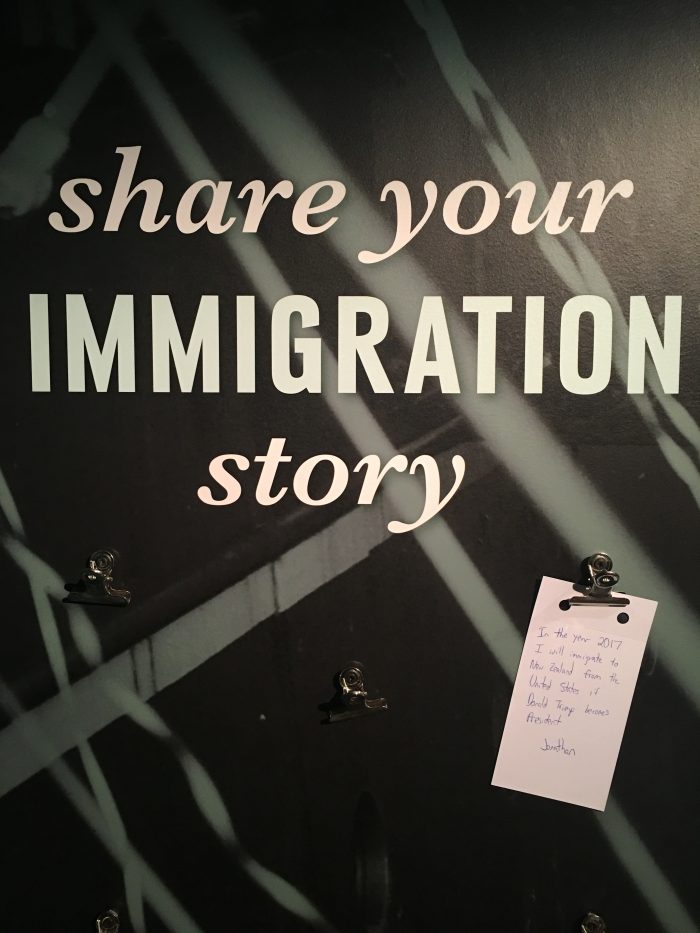 Every maritime industry under the sun has at least a small display in the museum, including navigational instruments, ferries, whaling, lighthouses, bout engines, fishing, customs, swimwear, and model building. 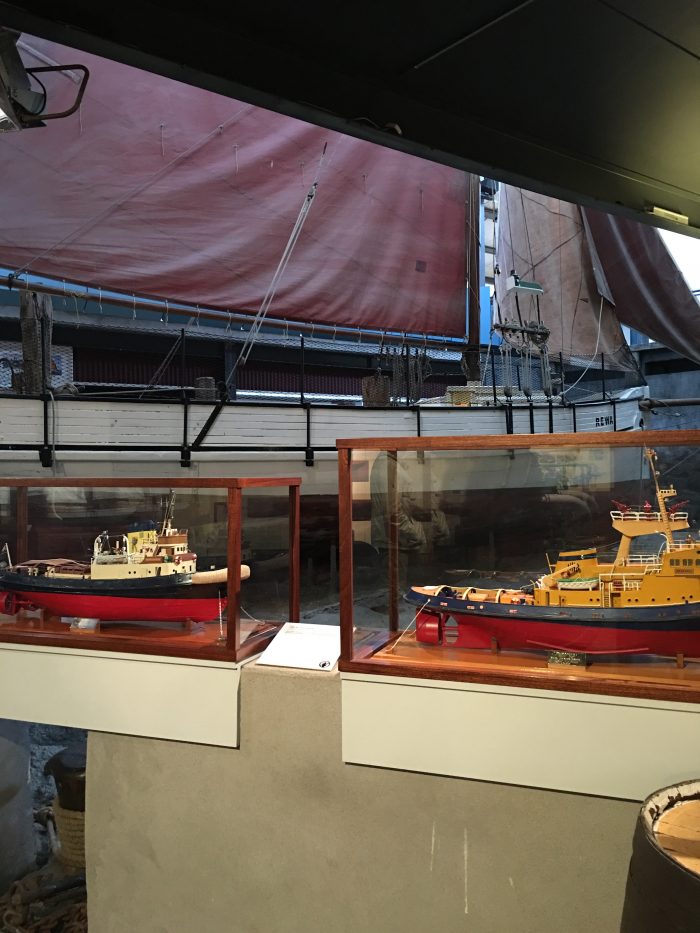 Black Magic, the winner of the 1995 America’s Cup, proudly floats as the centerpiece of a large gallery about modern sailing in New Zealand. 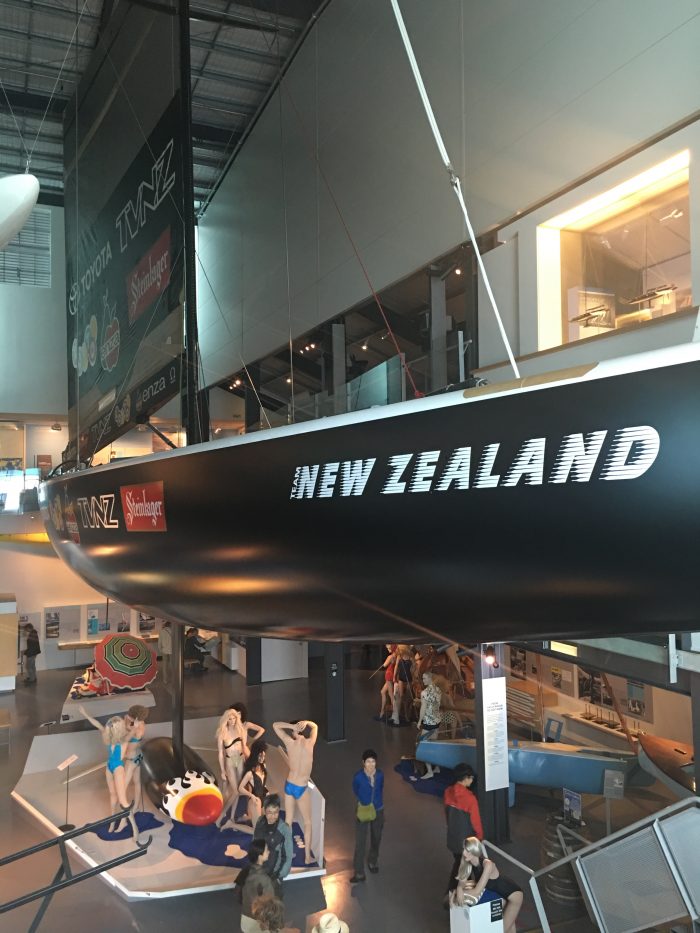 In some ways, the New Zealand Maritime Museum is similar to other New Zealand historical museums, but the unique nautical focus makes it worth taking an hour or two to visit.

After the two museums, I wandered around the waterfront for a while. I spotted the Auckland Fish Market, which was I was surprised to find open on a Saturday afternoon right after New Year’s. It was quiet inside, and while the fish did look good, I skipped getting anything. I questioned just how fresh any of the seafood for sale would be as it was unlikely that any of the local fishing boats had been out for a week and a half due to the holidays. 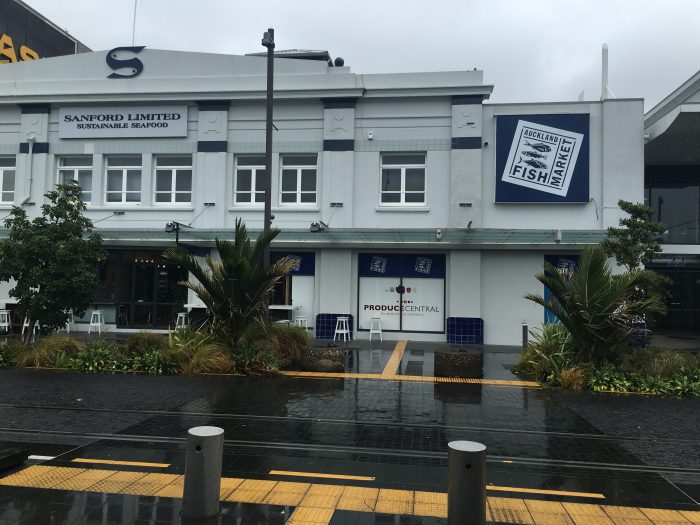 Instead, I went to a nearby restaurant for a nice dinner. Baduzzi is an Italian & seafood restaurant located right near the fish market in an area of trendy bars and restaurants along the waterfront. 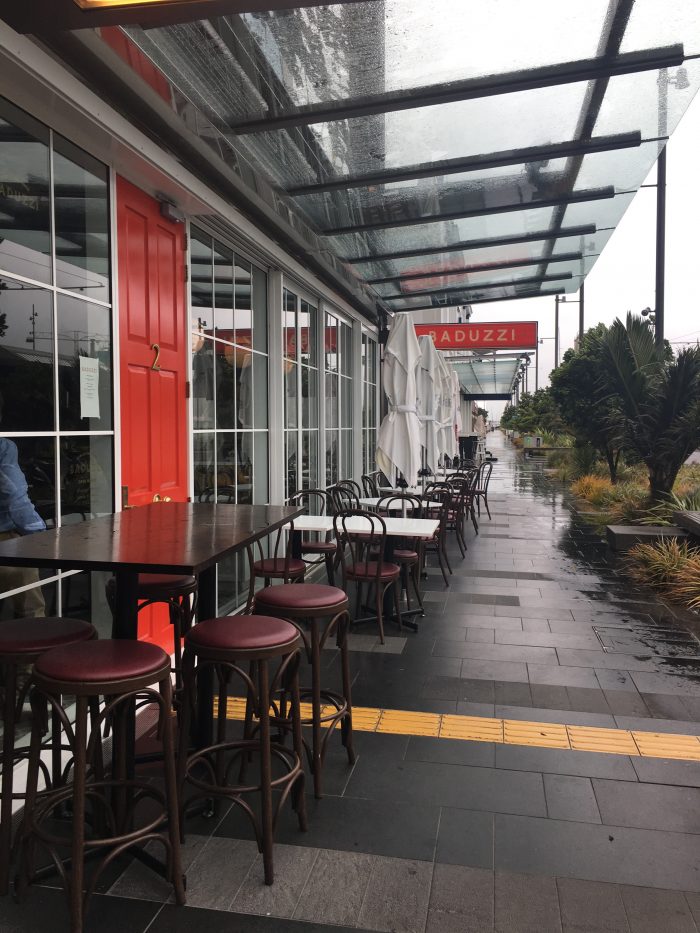 I had crayfish meatballs, ravioli, and a lamb cutlet. For dessert, I had a cannoli with citrus confit & chocolate, which combined two of my favorite sweets: cannolis and chocolate orange jaffa cake flavors.. It was all delicious, and I liked that the tapas-style servings meant that a solo traveler like myself could sample his way through a full meal. 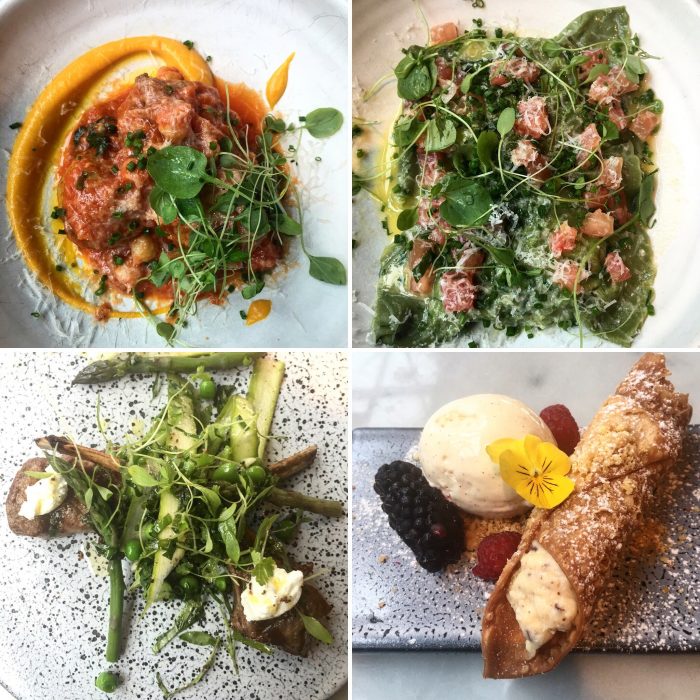 Dinner complete, it was time to enjoy my final night in New Zealand at a nearby beer bar.