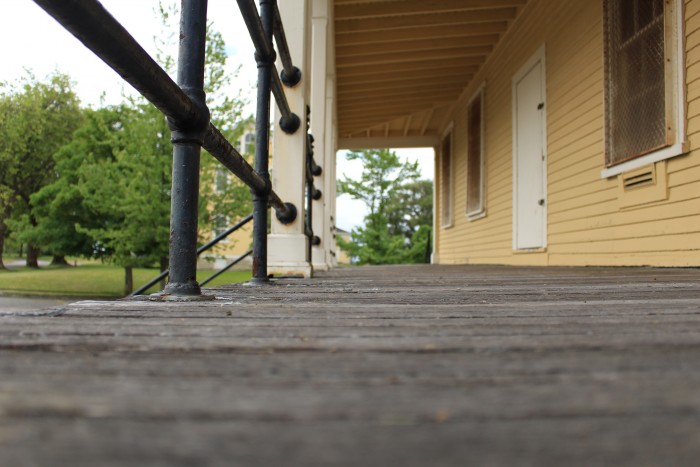 On the northwestern edge of Seattle, Washington sits Discovery Park, a large green space that was formerly military property. It is the largest park in Seattle, and it has great views over Puget Sound, including a lighthouse at the far west end. Music fans may recognize Discovery Park as the shooting location for the video for Temple of the Dog’s Hunger Strike.

During its former incarnation as Fort Lawton, several homes were built on the grounds. Several buildings still stand today, in various states of use. While some are still being used as residences, others seem to be sitting there as interesting backdrops for exterior photography. This photo was taken across the large wooden deck of one of the Discovery Park homes.

Click below to view the next Photo of the Day:
[metaslider id=2669]