London has one of the best public transportation systems in the world, so it’s easy to forget that it’s also a lovely place to explore on foot. On my second day in London, I met a friend at Borough Market in the afternoon, so I decided to walk there from Kensington Gardens. The route passes through several of London’s parks & past major tourist sites, so it’s perfect if you have a short layover or are visiting for the first time.

If you’re looking for a nice walking route through central London, here’s a map of the route I took:

Had I had a bit more time, I could have started the walk from my hotel in Shepherd’s Bush, but instead I took the Underground a few stops closer to Queensway tube station. I’ve been to London several times, so it’s not new to me, but the weather was perfect for being outside, and it had been ages since I’d last walked across the city, so I didn’t mind a touristy route like this one. Even during summer when it is packed with visitors, central London still has its gems, as there were still quiet areas down side streets & in the parks. There are local restaurants, bars, and shops to visit as well.

Queensway is on the northern edge of Kensington Gardens. You can explore the park as you wish, heading south toward the Albert Memorial, or towards the memorials & galleries in the center of the park. 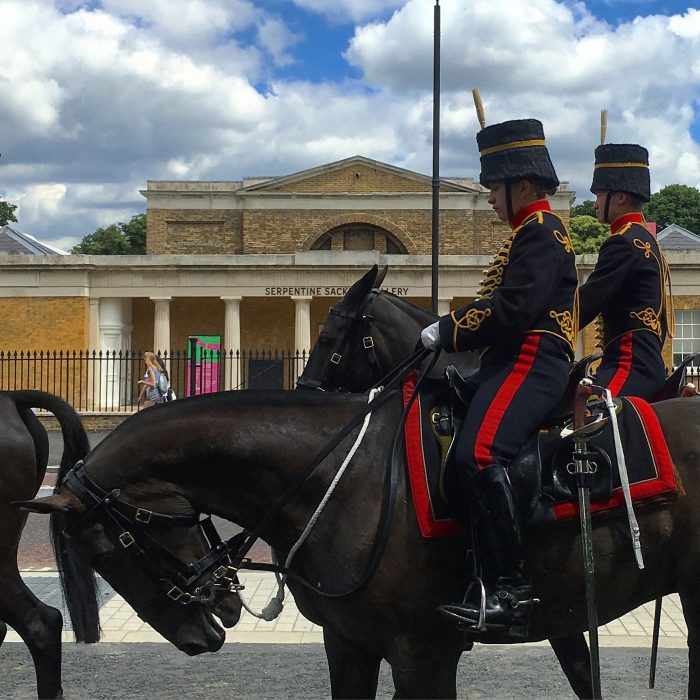 From there, it’s a nice walk along The Serpentine in Hyde Park, though watch out for the large birds, since they don’t look all that friendly. 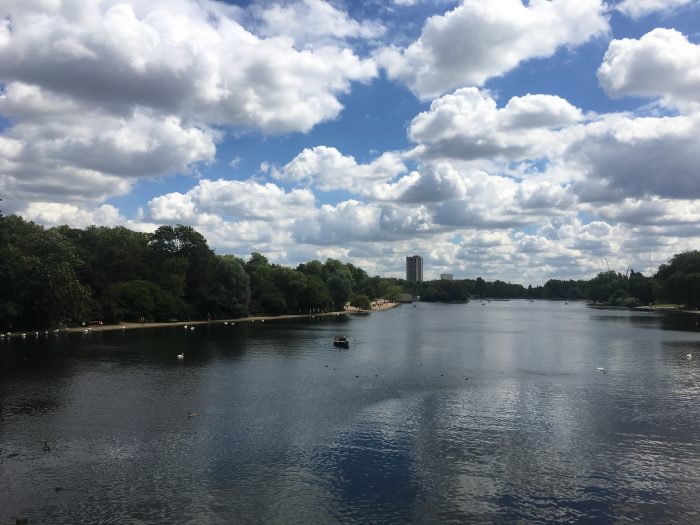 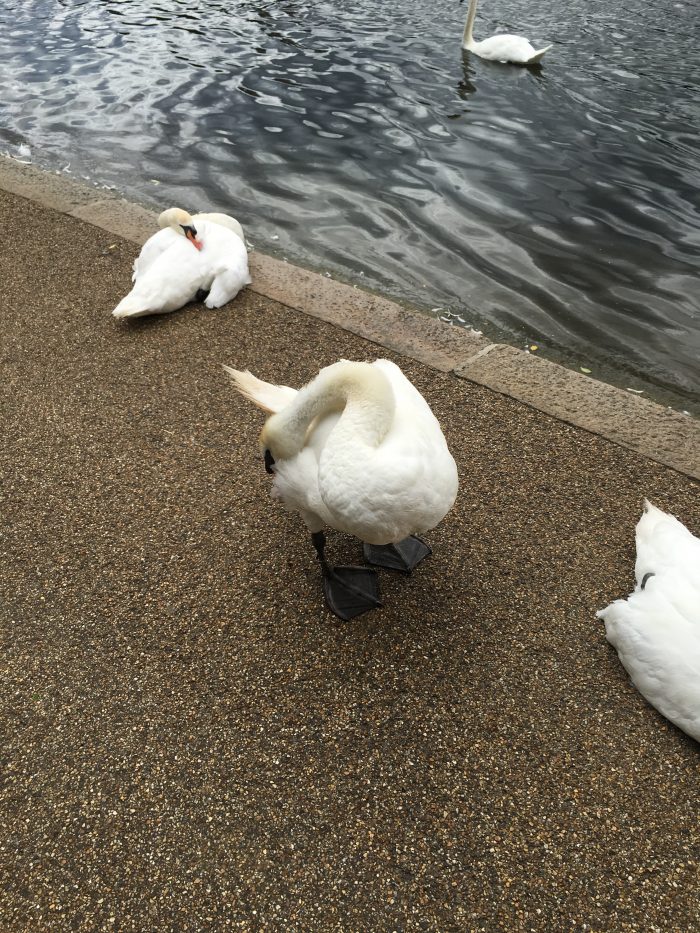 Just before you exit Hyde Park, you’ll find yourself at a statue of Achilles. Beyond that is the Queen Elizabeth Gate, with its depiction of a unicorn & a lion representing Scotland & England respectively. 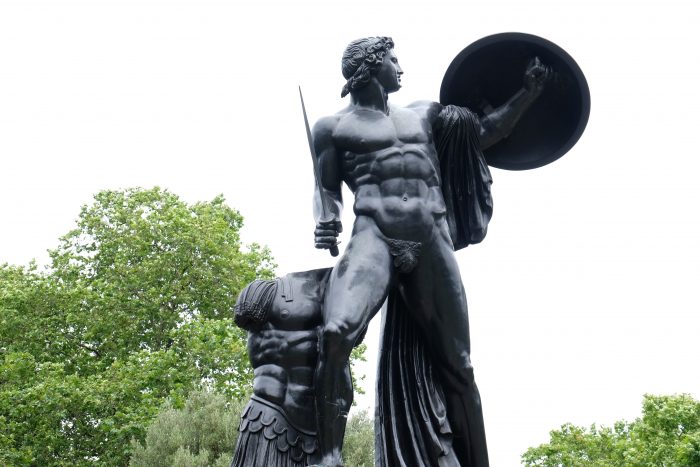 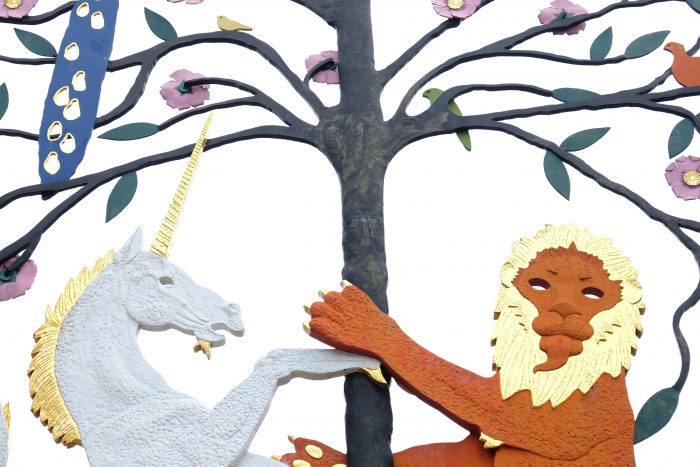 Turning briefly south, the walk heads toward Wellington Arch, which is surrounded by several war memorials. From here, the path heads east again along the edge of Buckingham Palace’s back gardens. Alternatively, you can stay on the northern side and walk through Green Park, but the next destination is the same, Buckingham Palace. This is another touristy spot, but its position along the strand of parks makes an inevitable stop. 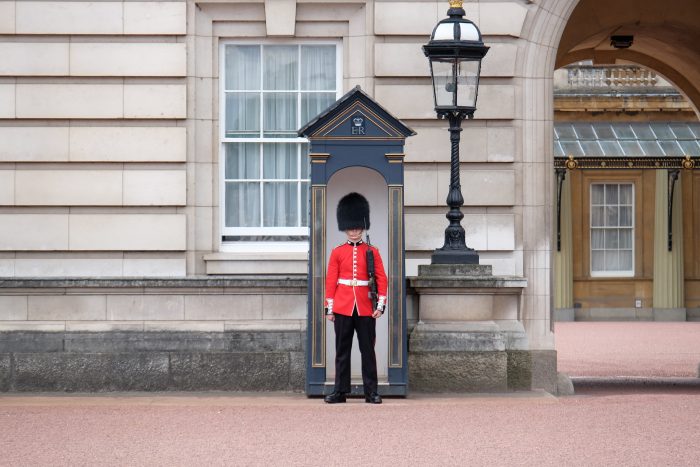 From Buckingham Palace, your walk through central London gives you a couple of options to continue walking to the east. You can either head along The Mall, or walk along Birdcage Walk, each passing along an edge of St. James’s Park (which you can also choose to walk through). Whichever option you choose, you’ll end up in Westminster, home of government buildings and yet more places of interest.

Westminster Abbey is here of course, as are the Houses of Parliament & Big Ben. In between the two, you can walk through Parliament Square Garden to see whatever political protests are going on at the moment. 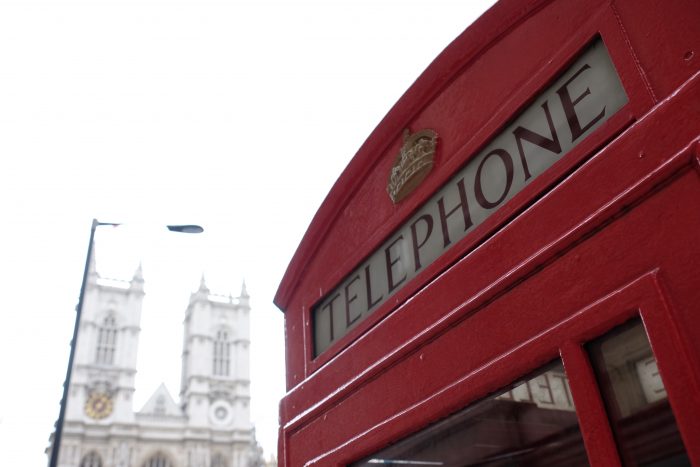 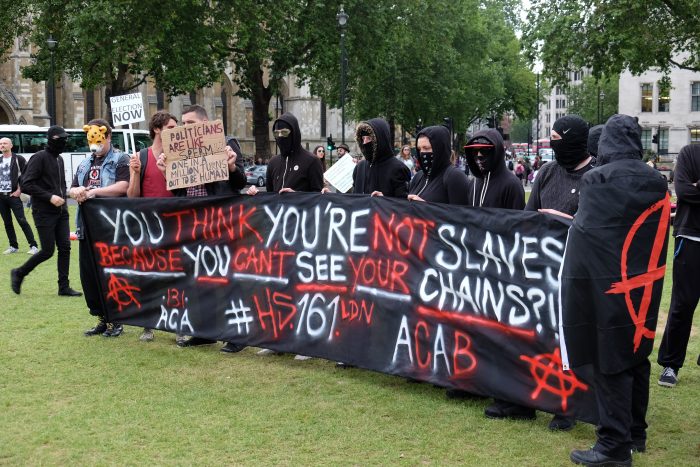 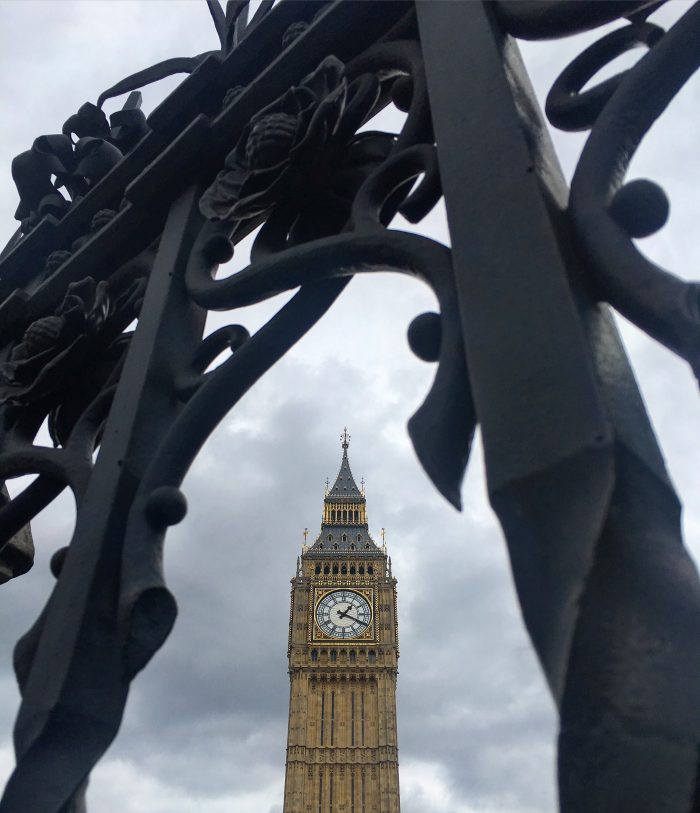 From here, you can either walk along the western side of the Thames, or you can cross the Westminster Bridge, which then lets you head along the eastern side of the river or along other streets that briefly take you north. Waterloo station is blocking your path, so you’ll need to take a detour around it either way, but the detour takes you past more places to stop for a break & more great views of London. 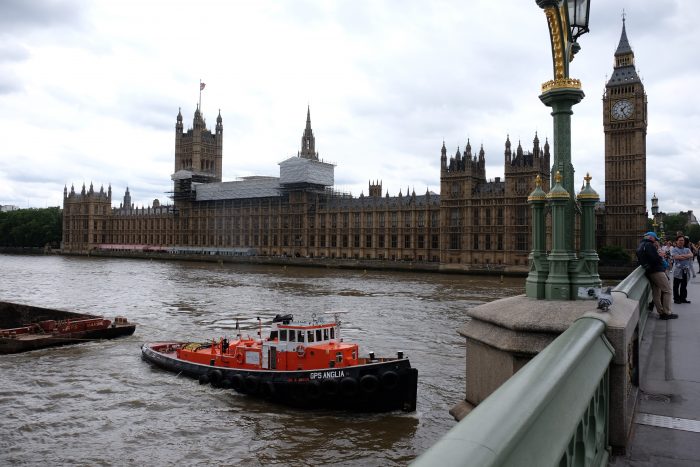 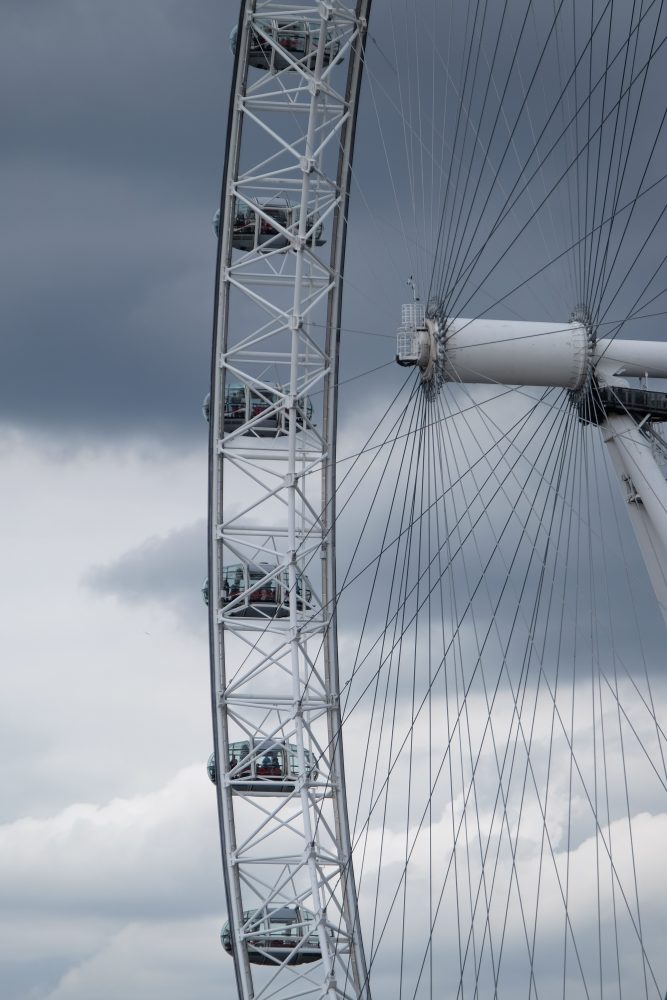 The last major section of the walk from Kensington Gardens to Borough Market is quieter & has fewer places of note, but it’s still a pleasant walk through London. Keep an eye out for quiet lanes punctuated by colorful doorways along brick walls, including Theed Street & Roupell Street. 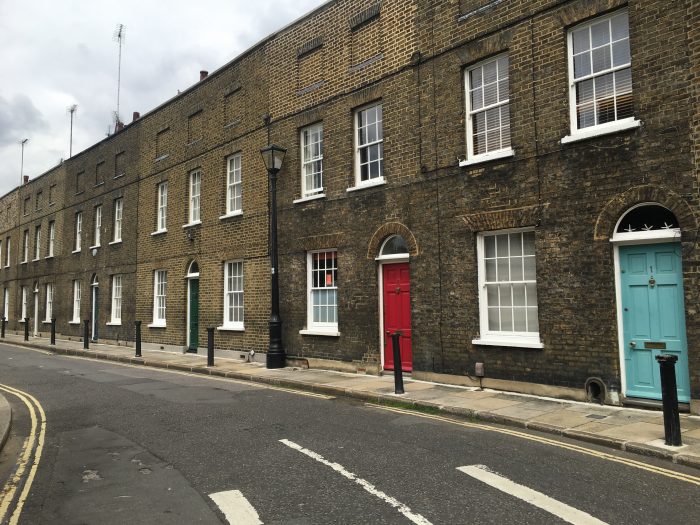 Alternatively, you can walk just a bit further north to see the Tate Modern art museum and its new expansion, as well as Shakespeare’s Globe Theater.

Either way, you’ll end up near London Bridge station & Borough Market. Borough Market is an excellent semi-outdoor market featuring local foods, flowers, and other products. There are also spots to have craft beer, including The Cage & The Rake. On weekends, the market is absolutely mobbed, but on a Monday it was quiet. About half of the shops were shut when we arrived around 2pm, but the ones that were open had no lines. If you want to visit Borough Market when it’s quiet, this is the time to go.

The total length of this walk through central London is just over 5 miles, so depending on your walking speed & how many stops you make, you can do it in anywhere from 90 minutes to an entire day. Keep in mind also that there are lots of great sights just off of this path, so it’s easily adaptable if you want to visit the Mall, 10 Downing Street, the London Eye, or the Tate Modern. While you could also easily cover this ground in just a few minutes by the Tube, walking gives you a better sense of just how close some of London’s most famous areas are to each other.