My time in Garmisch-Partenkirchen was over, so the next morning I headed to the train station to catch a lunchtime train to Munich. With Oktoberfest in full swing, the train was packed. I had a seat, but no real place to put my suitcase, since the train lacked adequate storage space. I wasn’t the only one with the issue, and of course it was made doubly-difficult by a guy who insisted on spreading out to do work on a crowded train.

I headed straight from the train station via trolley to my accommodation for the next few days. As I mentioned previously, Munich’s public transportation system was great. I got on right at the train station and got off at Eduard-Schmid-Straße less than 1 block away from where I was staying.

If you go to Oktoberfest, I recommend booking your place to stay well in advance. Don’t be like me and book a last-minute flight, then realize that “oh, yeah, maybe it will be busy then, so maybe finding a hotel will be difficult”. AirBnb came to my rescue here, and I was able to find a room for around $100. All of the other hotels I had seen listed were at least $200 then, so I saved a lot by being willing to stay in someone’s apartment in a private room. It was conveniently located, clean, and safe. Check out AirBnB here. 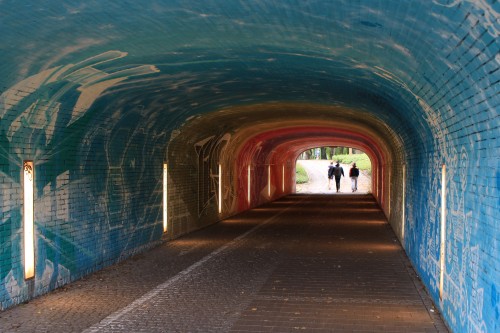 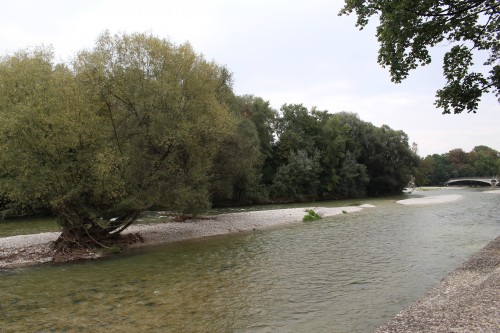 After dropping my luggage off, I took a walk along the nearby Isar River, which runs through Munich. Much like the Partnach River, one of the sources that feeds it, the water in the Isar is very clear. It was a grey day, but the weather wasn’t too cold, at least not yet. There are some nice paths and parks along the river, as well as some tunnels and underpasses that are filled with street art. I only felt like I was in the city when I approached these tunnels and bridge crossings. I eventually took one of these bridges and headed west toward the Haus der Kunst. Just before I reached it, I passed one of the odder sights in Munich.

Along the Eisbach, a branch of the Isar, sits some of the best surfing in Germany. Yes, surfing. One spot in the river has perfectly flowing water that creates waves that surfers can ride. The river is narrow and fairly shallow, so only experts should really be surfing, but it’s great that an outdoor activity is so accessible, especially in a city so far from an ocean. Check out the video I shot of the Eisbach Wave below.

I watched the surfers for a bit, then headed to the museum.

The Haus der Kunst has a controversial history. It was built in the 1930s in order to showcase the Third Reich and contained Nazi art. As such, it somehow managed to withstand World War II, and stands as a remnant of Nazi architecture. Nowadays, the museum hosts temporary modern art exhibitions. When I was there, I saw exhibitions by German artist Georg Baselitz and Canadian photographer Stan Douglas.

After I was done at the museum, I headed back down to Oktoberfest for my 2nd trip to the event.

Over the course of the afternoon, what had already been a grey day became even darker and colder. Between the weather and it being a Monday, the crowds were far smaller than they had been on opening day. I had a beer and a pretzel at the tables outside the Paulaner tent, then moved on to the Hacker Festzelt tent. 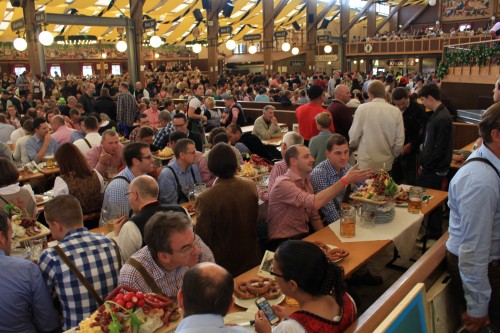 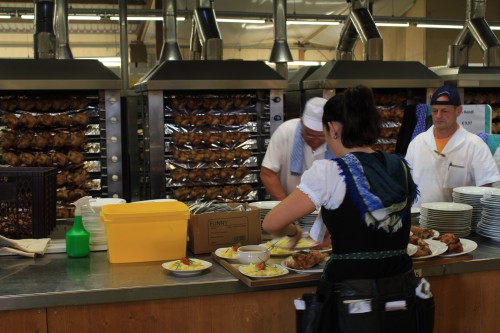 Unfortunately, even though it was less crowded overall, I still had no luck finding seating inside. I sat outside at another table with another beer, just in time for it to start to rain.

Once again, the covered outside tables just outside the tent entrances came to my rescue. Everyone who had been outside made a beeline to them, but there was plenty of room. I ended up sitting with a group of locals as well as a couple of Korean girls who were on a break from studying in Ireland. We all chatted for a while as we finished our beers. Thunder cracked around us, and it was so cold that it felt like it was about to snow. This, of course, was not true, it was just my California perception of weather that was around 50 degrees. After a while the rain stopped, but the cold did not. 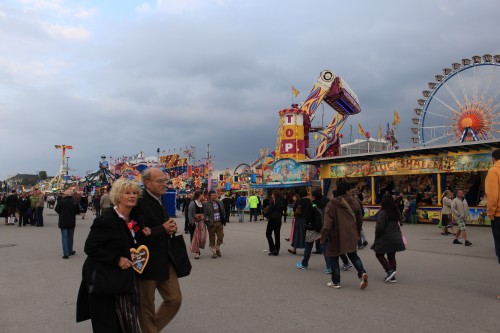 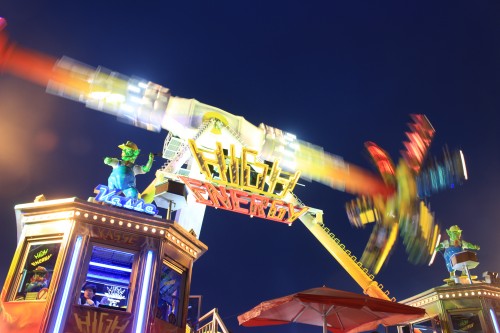 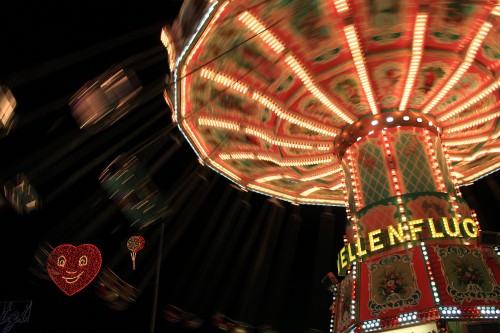 I wandered around for a while taking photos, then headed back to my AirBnb. Due to the nature of Munich’s curving streets, this took me quite a bit longer than I expected, as I kept getting turned around and thus kept veering ever so slightly off course, just as I did when I visited Pittsburgh. My sense of direction is generally excellent, but put me on just a slight curve and it throws me off. Since it took me so long to walk back, I went right to bed so I could explore the city more the next day.