With my 2nd layover in Kuala Lumpur complete, I was now off to Hong Kong on Malaysia Airlines on a business class award ticket. I was on autopilot on my way through the Kuala Lumpur airport, so I nearly headed to the remote terminal before realizing my flight was departing from the regional gates. This was nice, as it let me check out a different Malaysia Airlines lounge, the Golden Regional Lounge, which is located near the B gates. 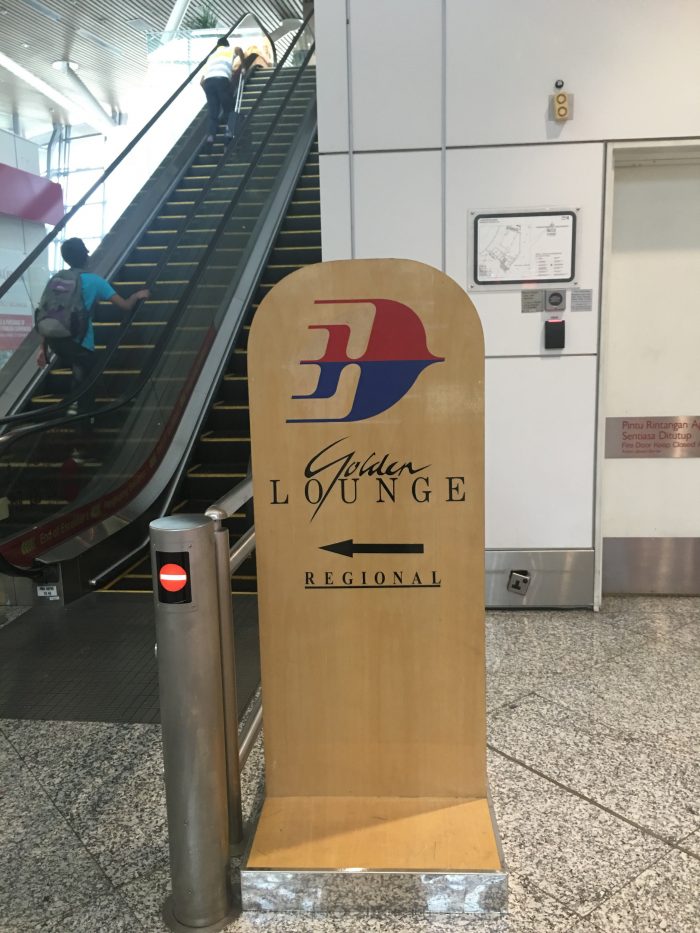 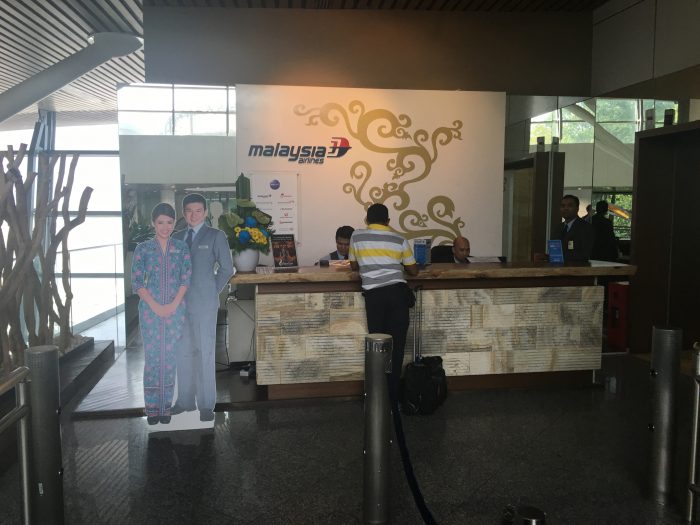 The Malaysia Airlines Golden Regional Lounge has recently been refurbished. It’s a big enough space that there is plenty of room for all of the passengers visiting, at least when I visited, but not so big that it felt cavernous, unlike Malaysia Airlines’ main lounge at KUL. 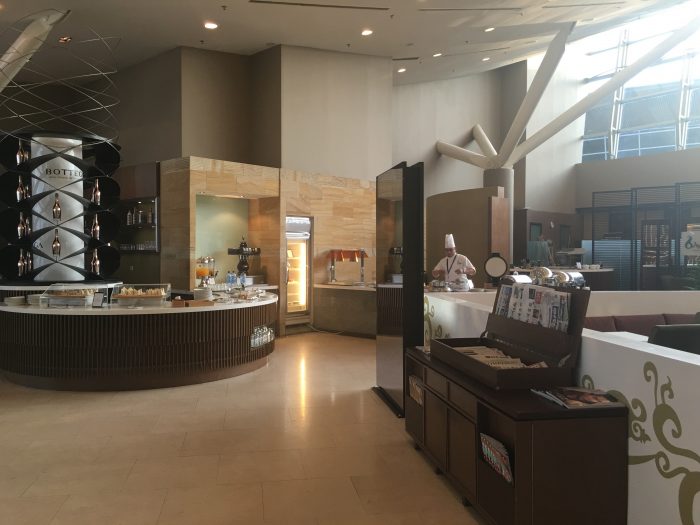 The Golden Regional Lounge does have similar food to the other lounge, which is understandable. There is a noodle & soup bar. 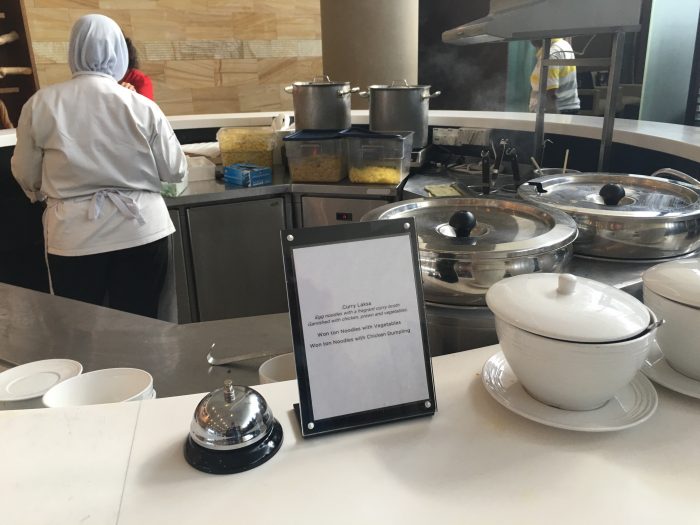 A selection of cold & hot snacks, plus desserts was available. There was also a cheese selection, which I did not see at the main lounge. 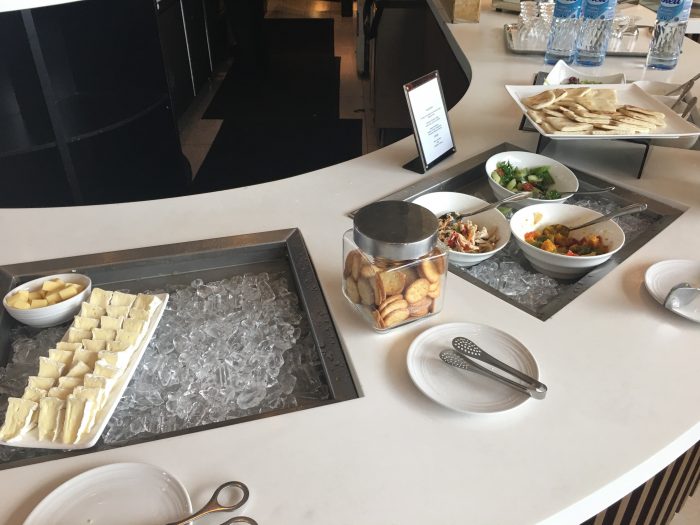 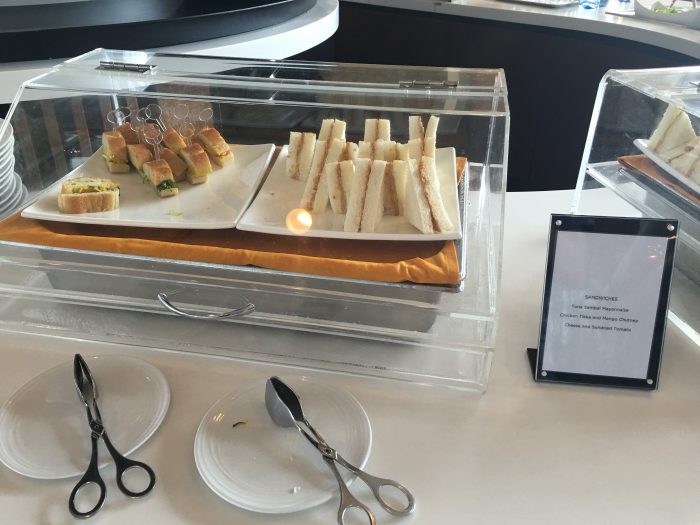 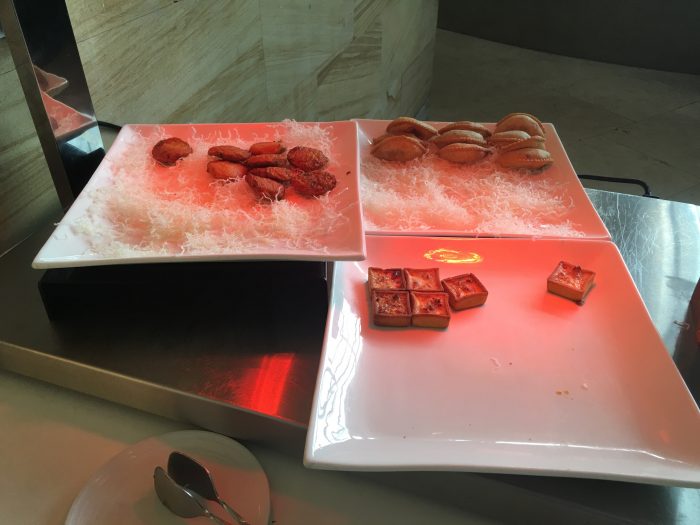 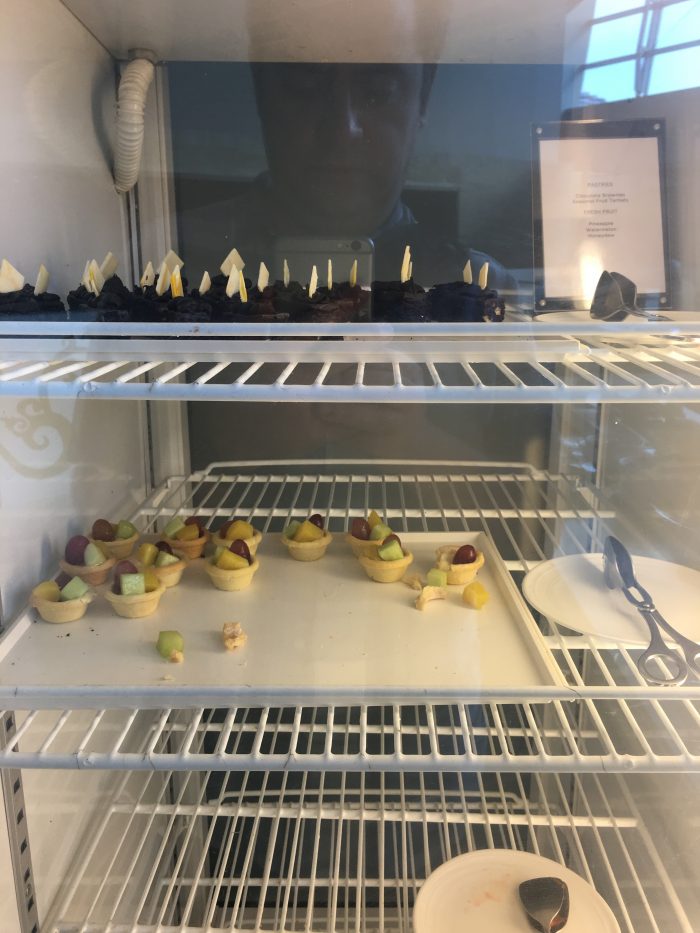 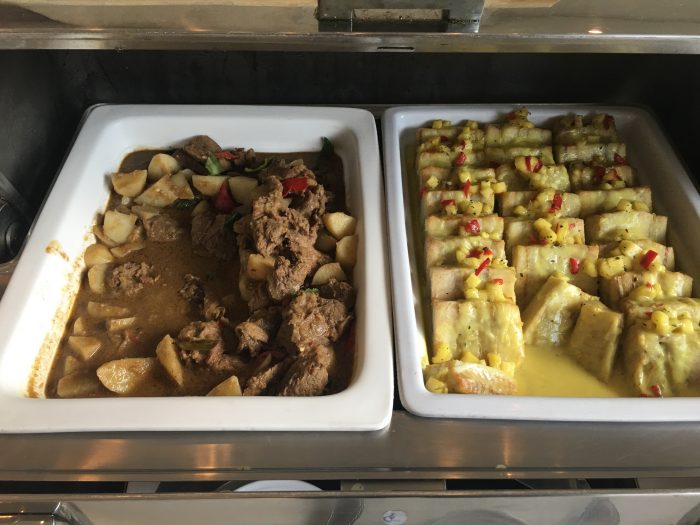 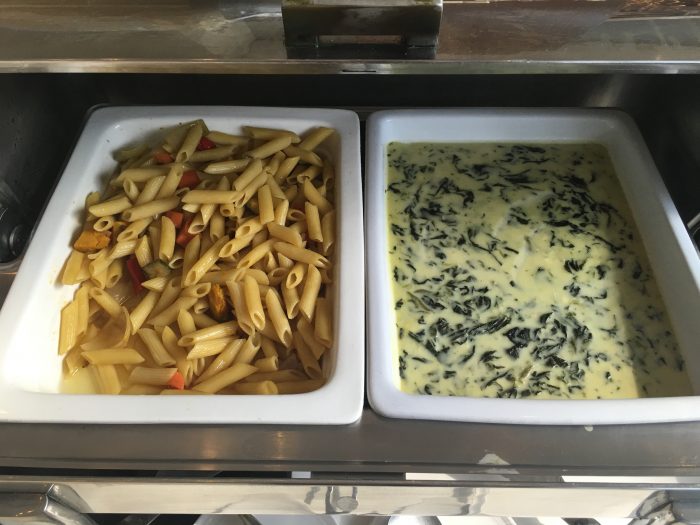 As I expected, the bar was lacking in selection, with the drinks hidden behind a counter. 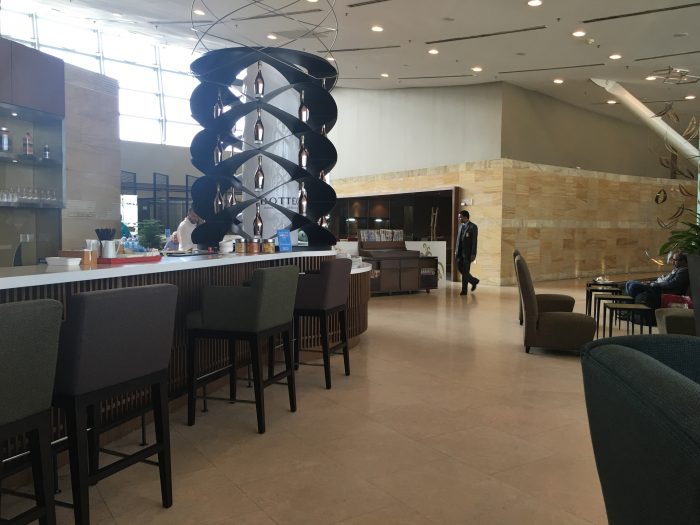 On a related note, there were prayer rooms available, separated by gender. There was also a kids area, plus a business center. As with the satellite lounge, there was a spa room. 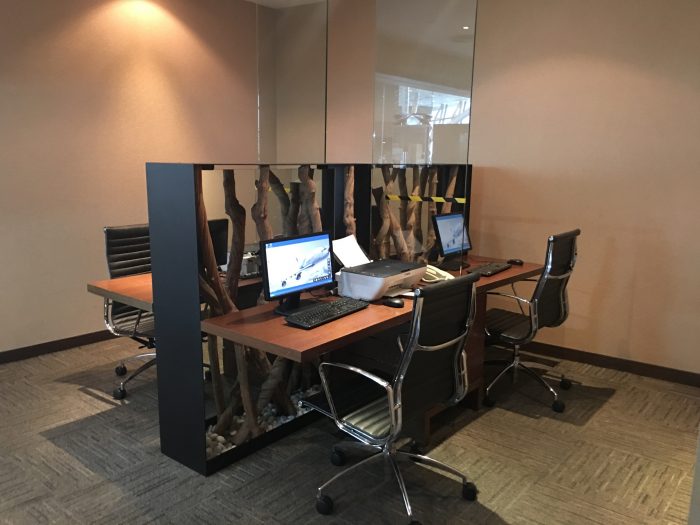 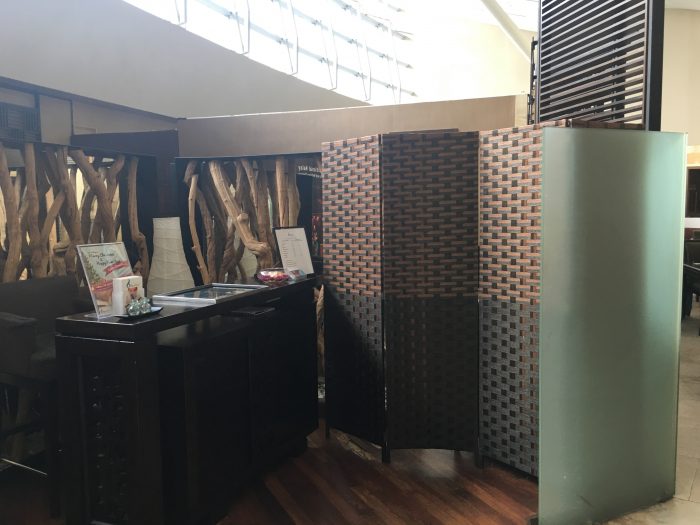 Near the entrance, there is a water feature that is either relaxing or bathroom-inducing, depending on your current state. 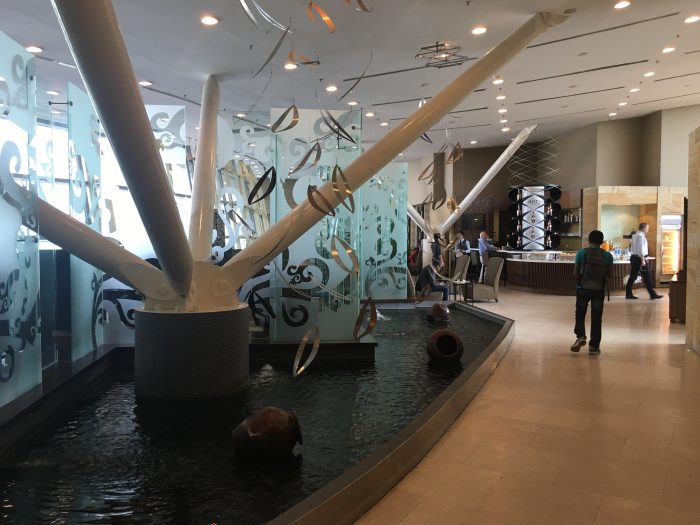 Speaking of, the bathrooms in the regional lounge were nicer than the ones in the satellite lounge. There were also showers available. 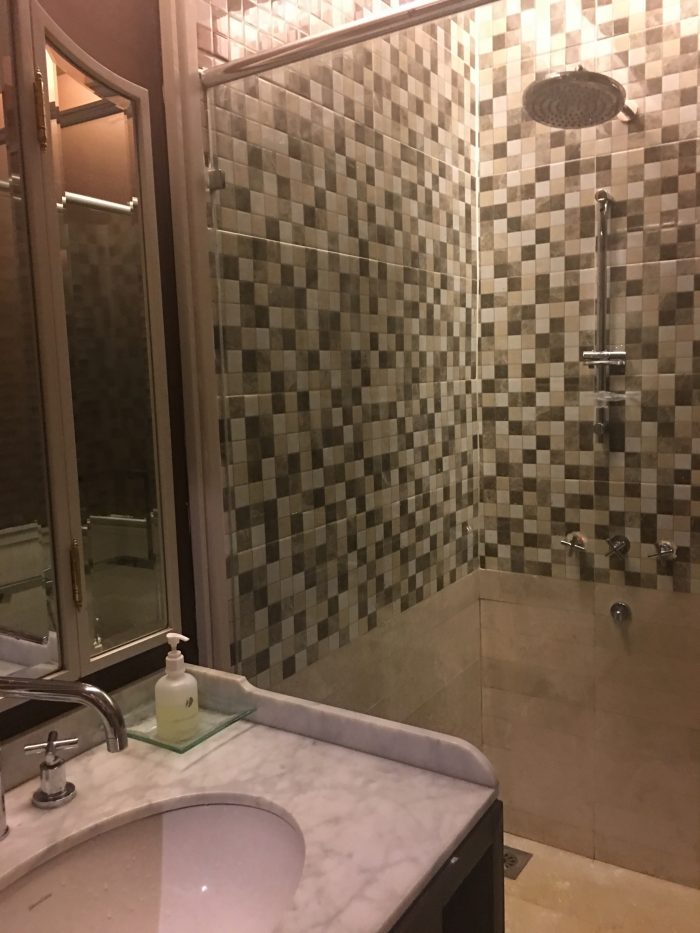 The Golden Regional Lounge has plenty of quiet seating options. 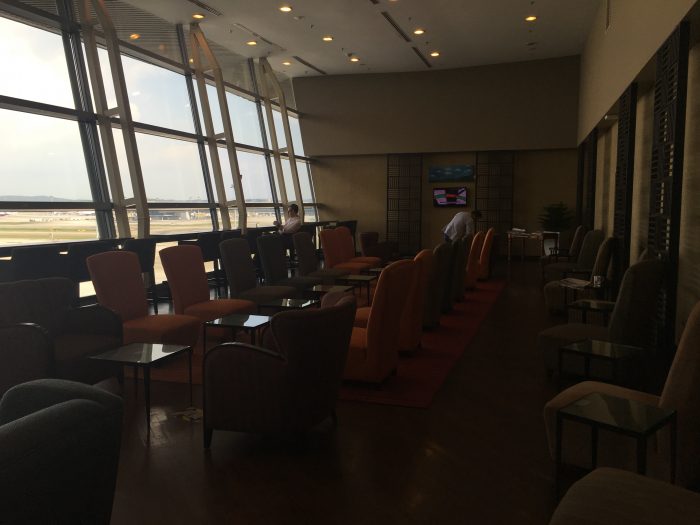 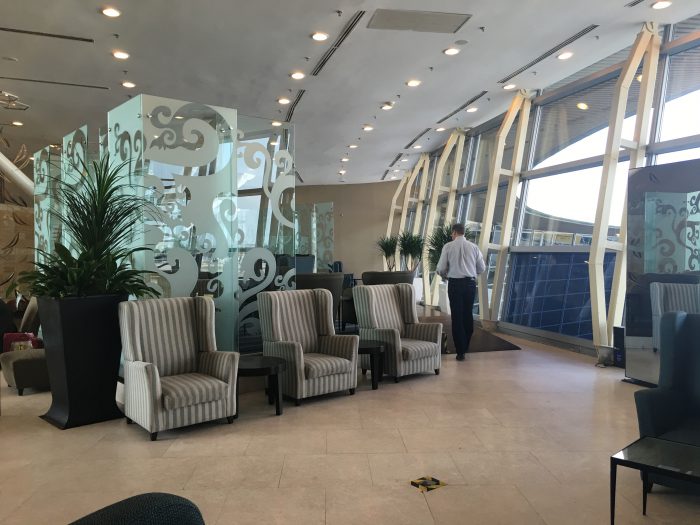 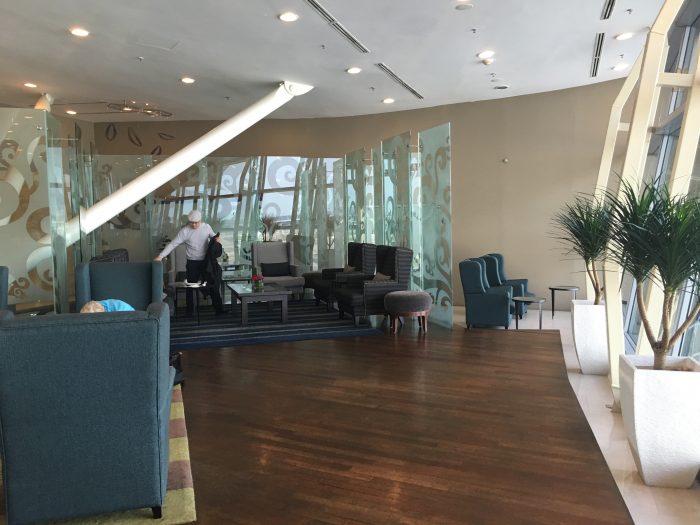 I found myself a quiet corner with an awesome view of the tarmac, gates, satellite terminal, and abandoned 747, and sat there for a couple of hours while I waited for my flight. By the time I left at 6:30pm, the lounge was almost empty. 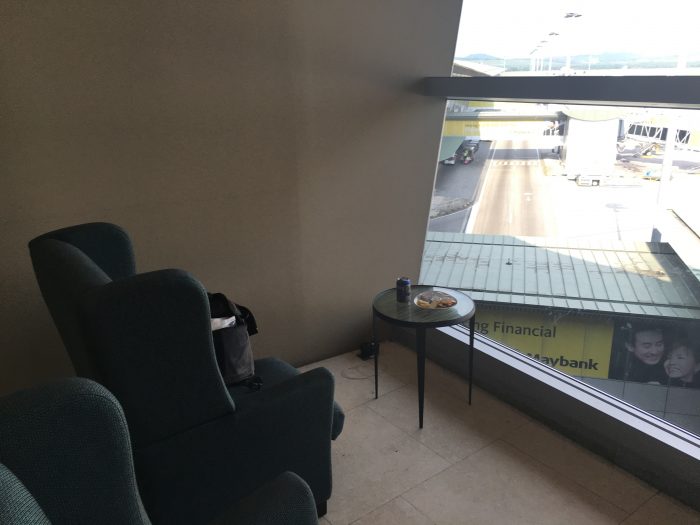 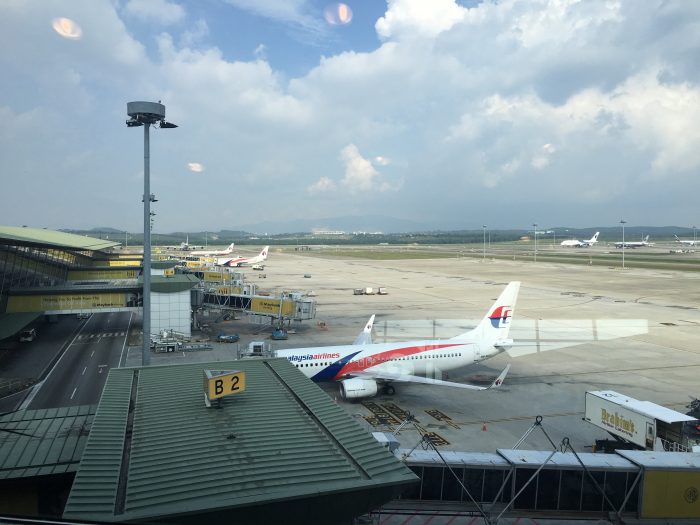 As in the other lounge, the power outlets are hidden under metal plates. The WiFi was good, which let me back up all of the photos I had taken during my layover in Kuala Lumpur.

I had expected that the Golden Regional Lounge would be much worse than the flagship Malaysia Airlines’ satellite lounge, but while it’s not as spacious, it’s of similar quality. The staff were friendly, and the lounge was kept clean. The food was always filled & looked fresh. As far as business class lounges go, it’s not bad at all.