My two weeks in New Zealand were finished, and I was sad to be leaving. It was time to begin my long return journey home, again through Kuala Lumpur on Malaysia Airlines. Since I was flying in business class, I had access to the Malaysia Airlines Emperor Lounge before my flight. Had I not been in business class, I still would have had access since it is a Priority Pass Lounge. The lounge is actually the lounge for several other airlines as well, including China Eastern, China Airlines, China Southern, Hawaiian Airlines, Korean Air, Philippine Airlines, and Virgin Australia. 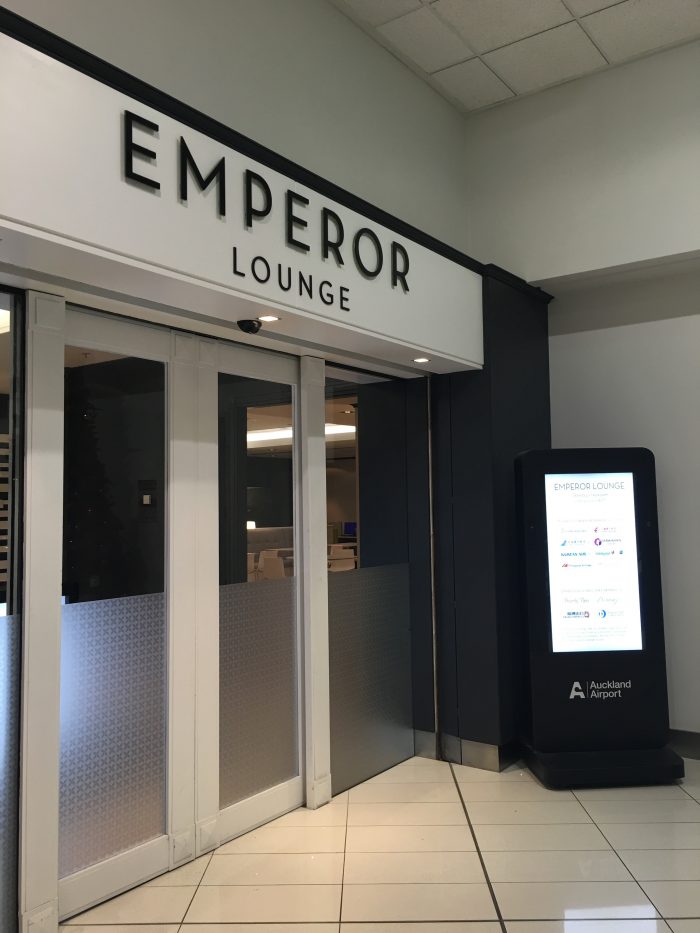 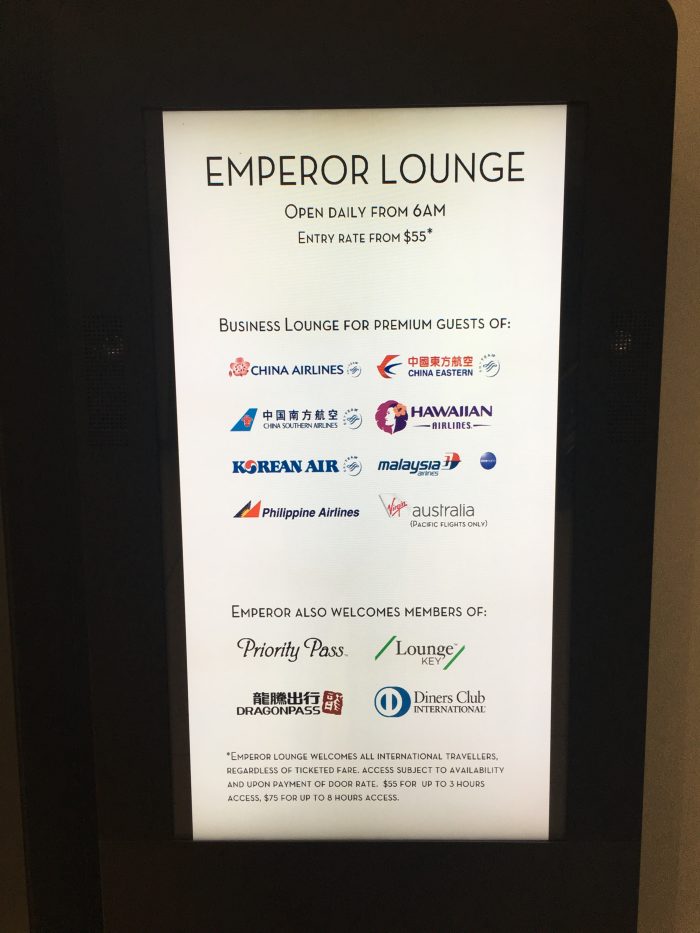 Thanks to a mid-afternoon departure time, having to check out of my hotel by 11, and a much speedier bus to the airport than I expected, I arrived at Auckland International Airport with plenty of time to kill in the lounge.

Although I arrived just before 11, when the staff were about to put the hot breakfast away, they asked me if I wanted any first, which was nice. There are plenty of lounges where the food disappears and you’re stuck with no hot meals for a while during the transition. The staff were super friendly throughout my visit. They were one of the better lounge staffs I have encountered.

As far as the lounge itself, it was clean & had a modern decor. It was standard-level for Priority Pass, and nothing impressive at all for a business class airline lounge. 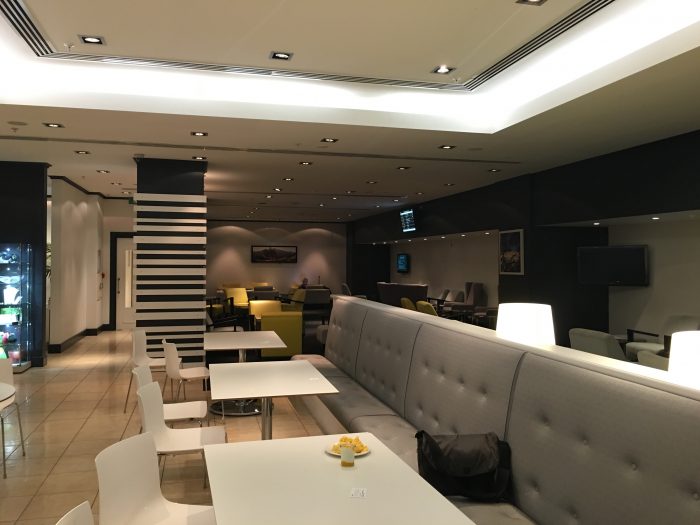 There were a few computers available in the business center. 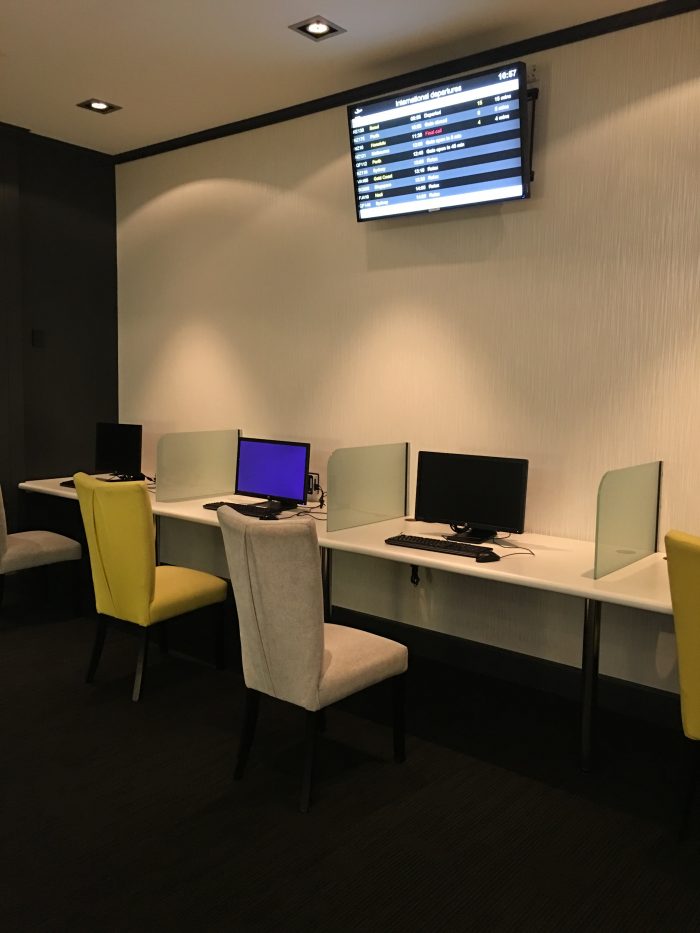 It was nice that they left the hot breakfast out for me, but aside from the eggs, there was nothing that was of any interest to me, or that was really breakfast at all. 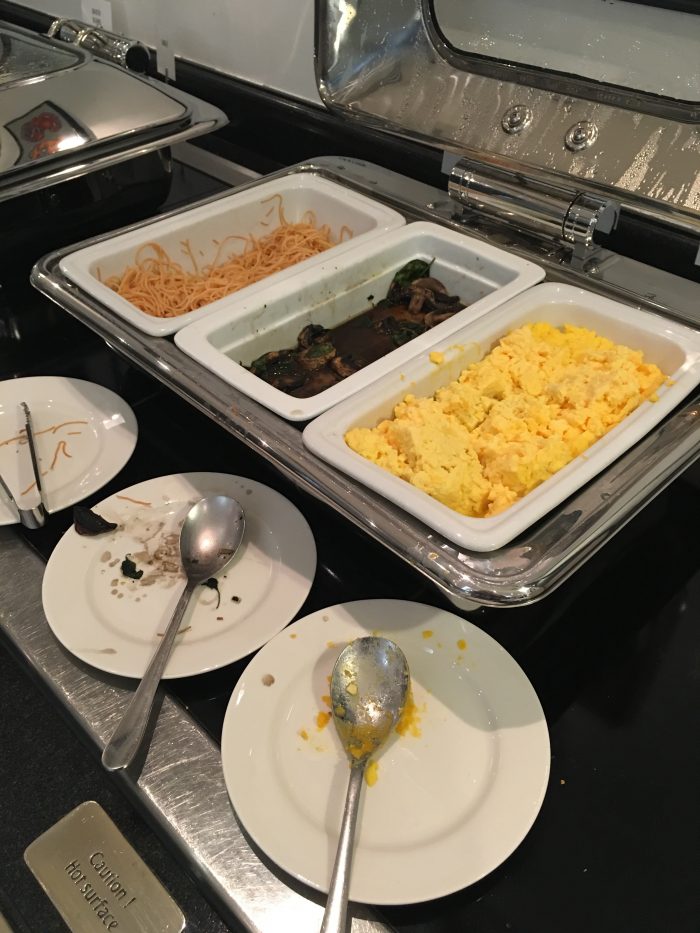 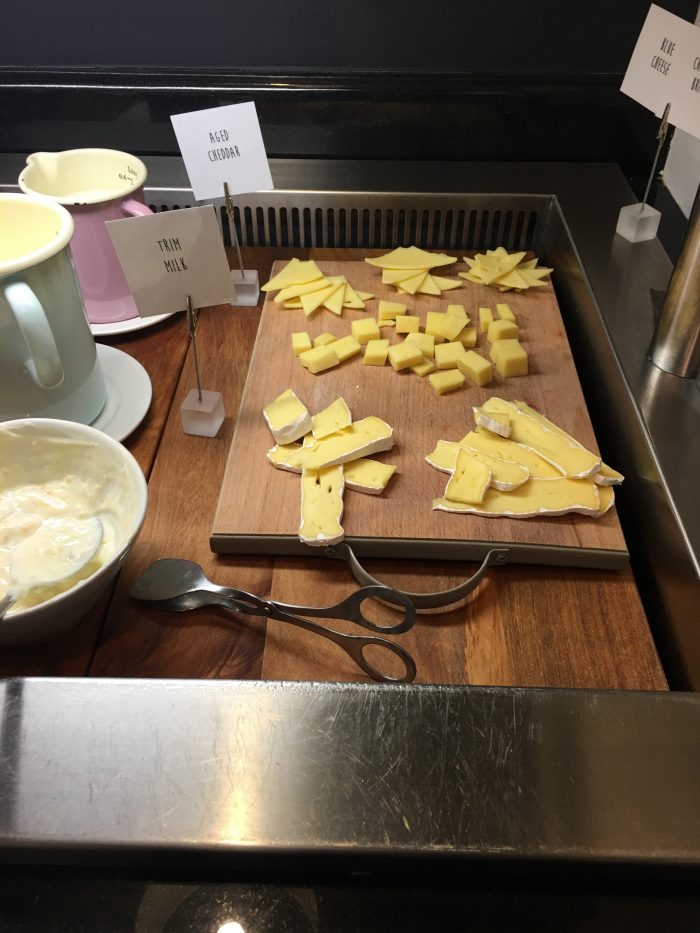 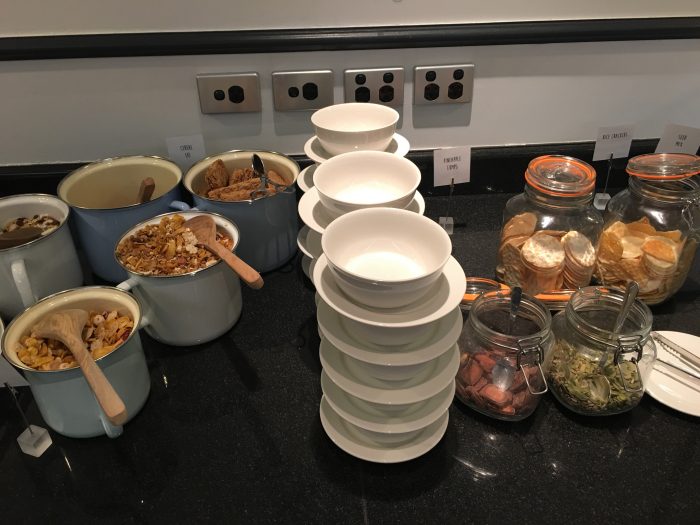 The bar had a mediocre selection. To their credit, they also had local Speights beer in addition to the macro international selection. 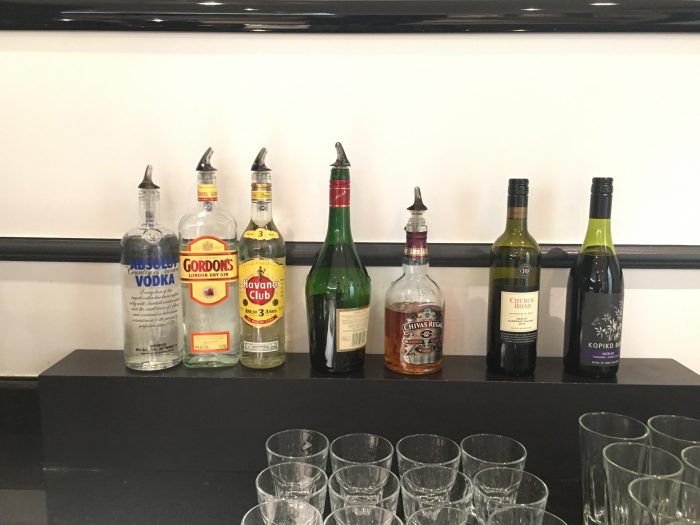 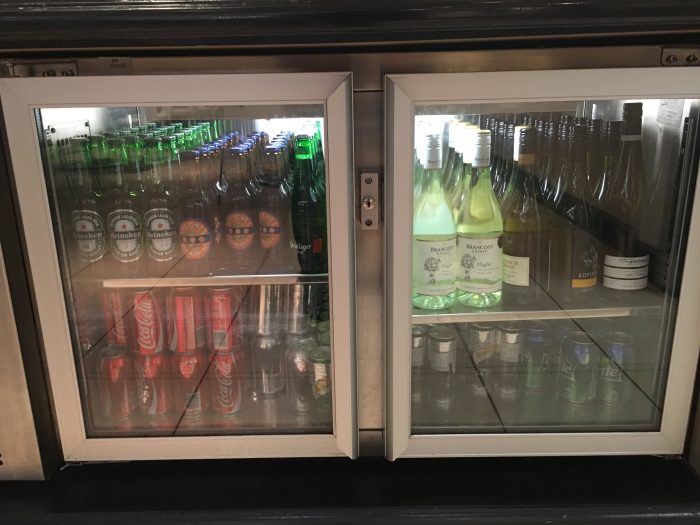 The lounge was almost empty when I arrived, but it got a bit more crowded as my flight time approached. Even though lots of airlines use the lounge, they still must not have a large number of combined flights. Since the lounge also isn’t particularly visible at the airport, it’s overlooked by most. 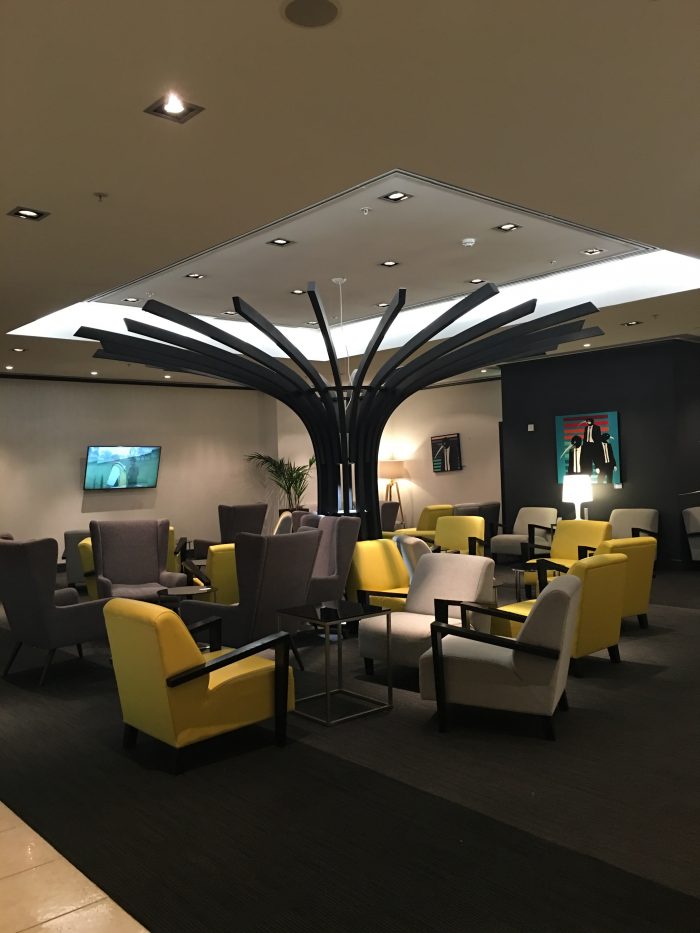 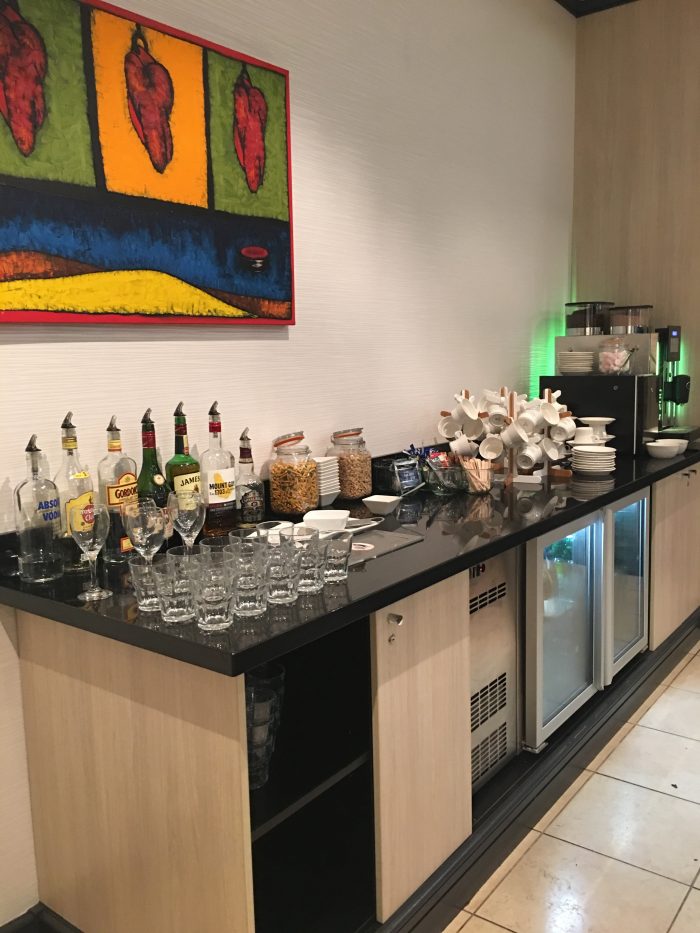 The Golden Lounge could use more power outlets, as a lot of the seating area does not have them. The WiFi was great, though.

More hot food went out for lunch. Most of it was noodles & other Asian dishes. 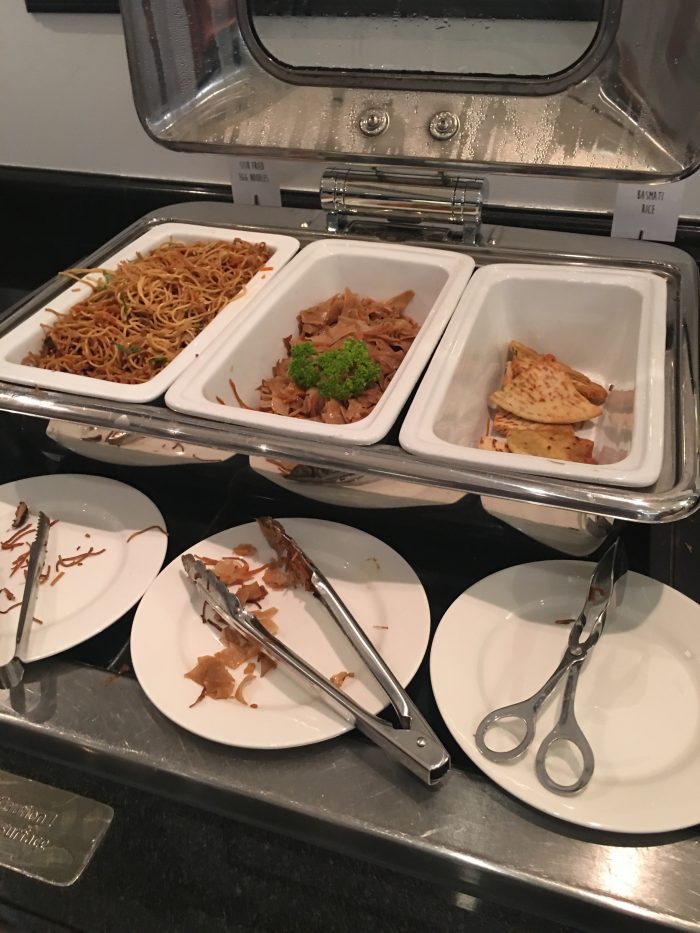 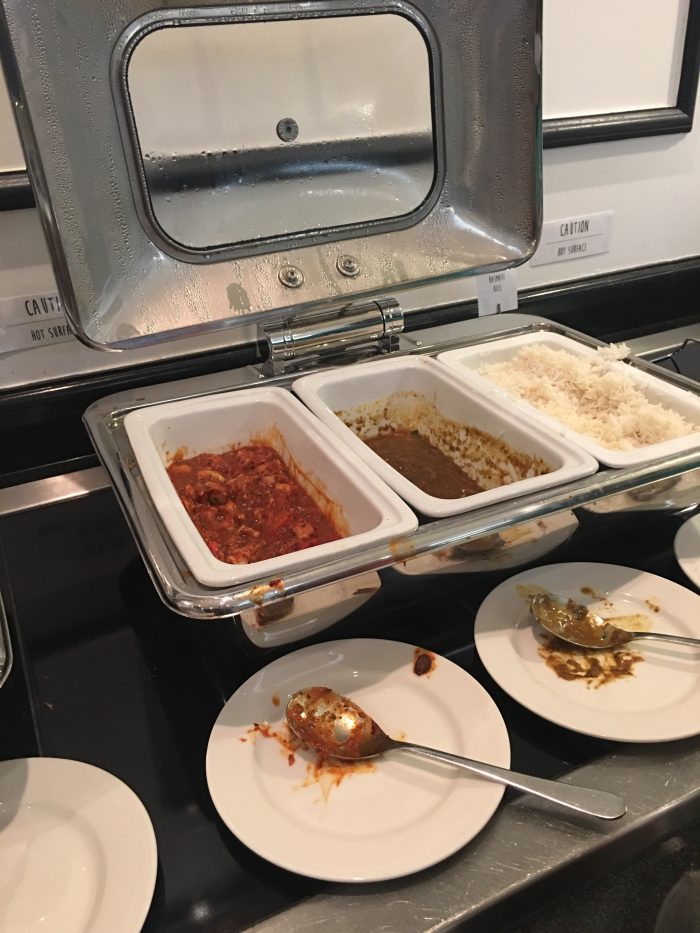 They also put out more cold snacks, salads, and desserts. 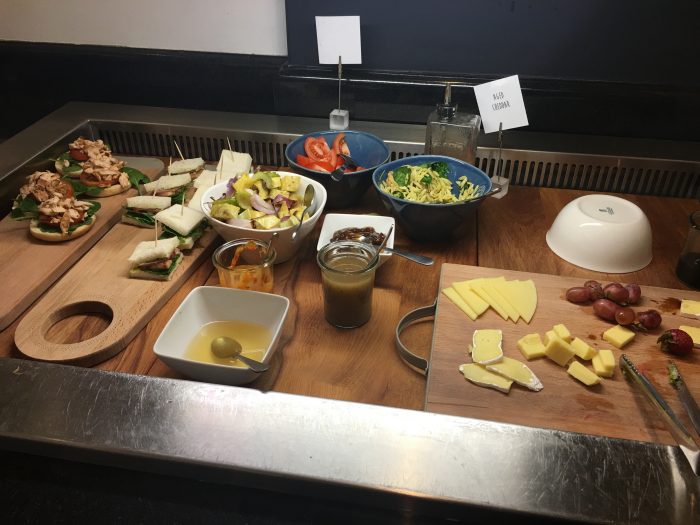 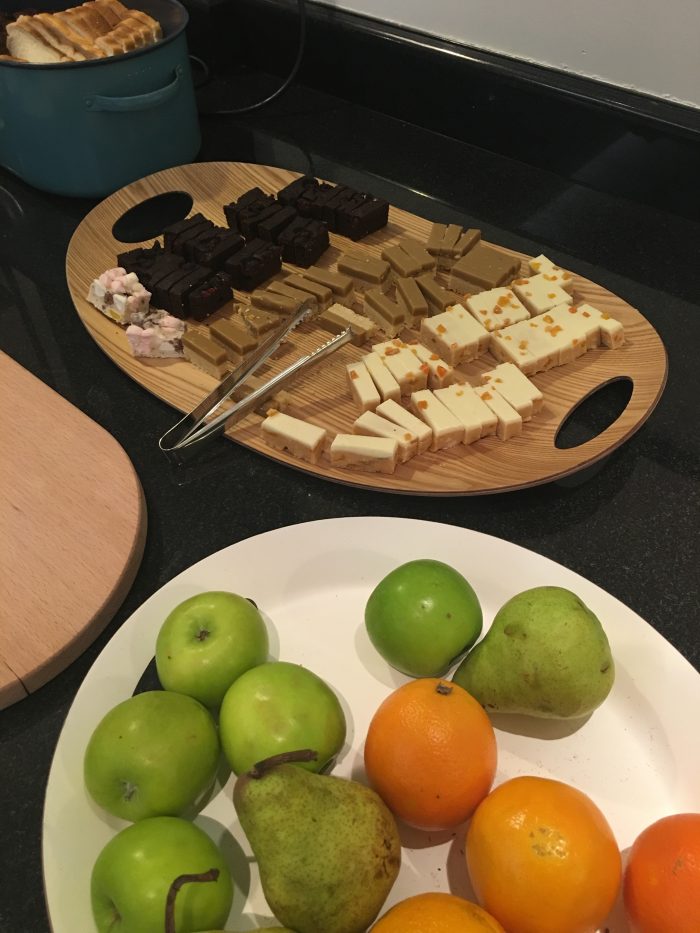 After a few hours killed, it was time to head to the gate to catch my flight to Kuala Lumpur.

While the Golden Lounge in Auckland is nothing special, it’s not an unpleasant place to wait for a flight. The services & amenities are average, but there’s plenty of space, good WiFi, and friendly staff.