My flight from Hong Kong landed in Osaka around 7pm. Due to some clever scheduling, I would have about 23 hours for a layover in Japan. First, I needed to make my way into Osaka proper.

Thanks to being the first person off the plane, I was the only passenger who made the first train to the arrivals & immigration area. This is where being a fast walker came in handy. This fast walking would eventually lead to me just making the train I wanted to take to Osaka by two minutes, even with having to go through the ticket office because none of the ticketing machines would take my credit card. The one-way ticket to Osaka from the airport was just 1190 yen, which is reasonable for the distance. 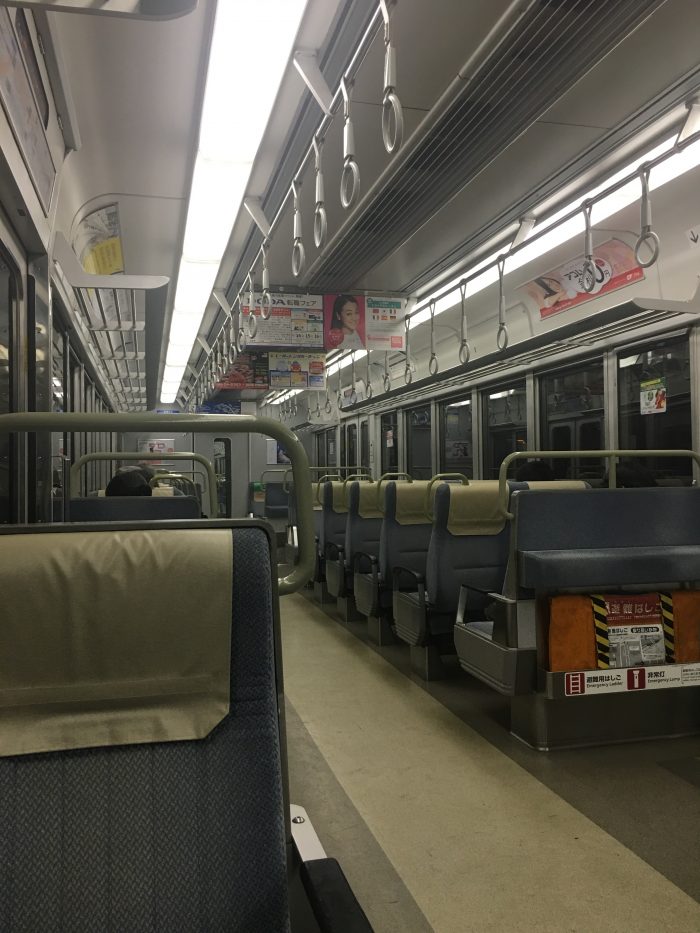 I walked from the train station to my hotel for the night, the Crowne Plaza Ana Osaka. I had a nice view from the 17th floor. The room itself was a bit dated, but the hotel was in a nice central location, which was good for exploring on a layover in Osaka such as this one. 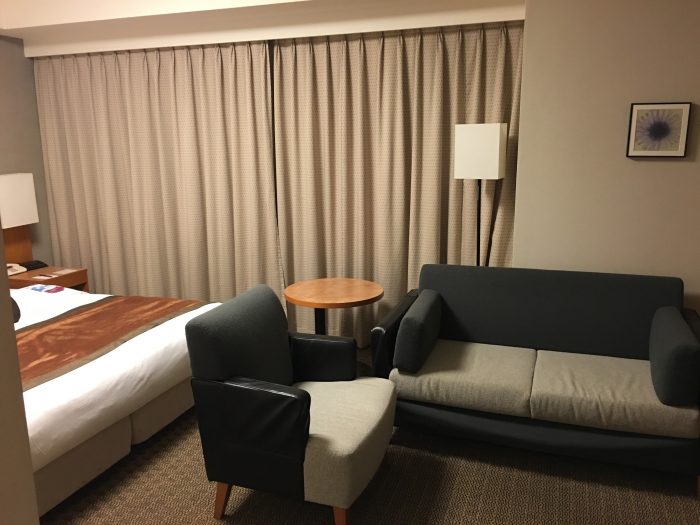 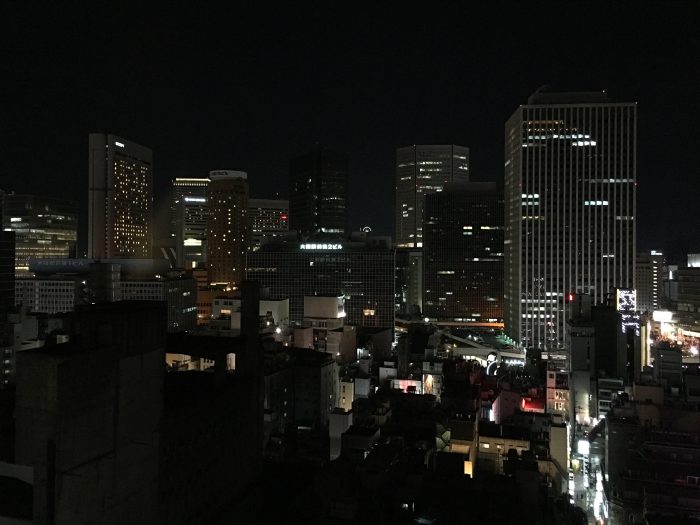 My next step was to procure dinner. It was a chilly January evening, so I had ramen on my mind. Unfortunately, I didn’t have much cash on me, which I knew I would need. Finding ATMs that accept bank cards is pain, especially at night. I ended up wasting far too much time trying to find an ATM that would would, though I did get to see lots of pretty holiday lights in the process. The Hikari Kyoen Festival of The Lights was going on, so much of the area was lit up. 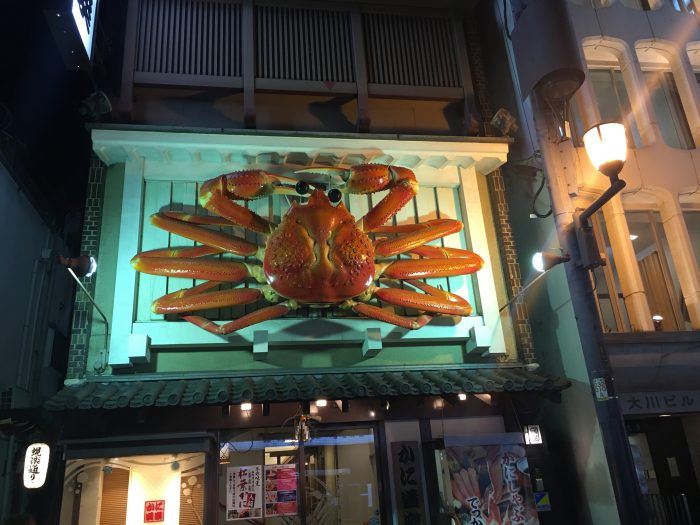 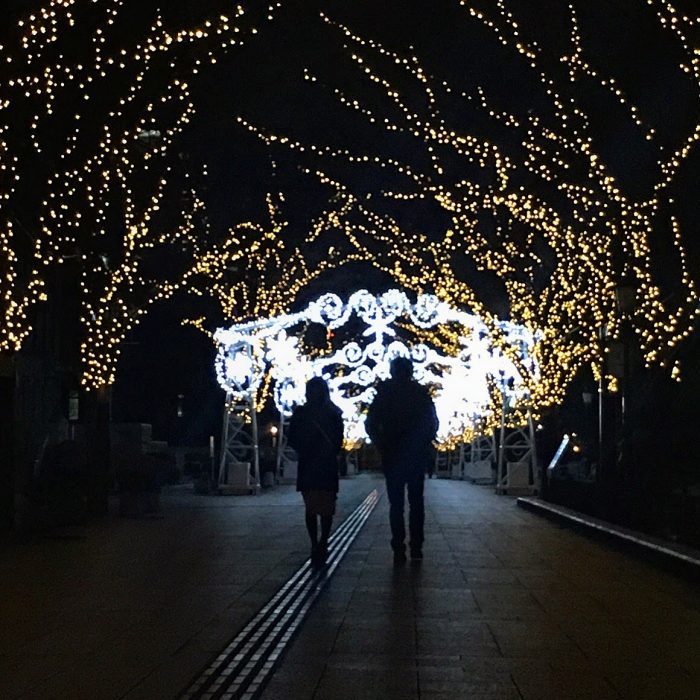 I eventually found a 7-11 that would take my card, which I reached just as a woman was pulling down the gate to close it for the night. I managed to explain that I just needed one minute to get money, and she kept the gate open just for me, which I greatly appreciated. I had to take out more money than I had planned, but I’ll be back in Japan in September, so it’s not a big deal. Finally, I could go get some dinner.

Here comes my second difficulty of the night. I had looked up a few potential ramen spots, only to find that either they did not exist, weren’t open, or I couldn’t find them. I spent another hour or so trying to find them, then finally found a spot in the basement of an office building near Osaka station that looked suitable. It was busy, so I figured it must be good. 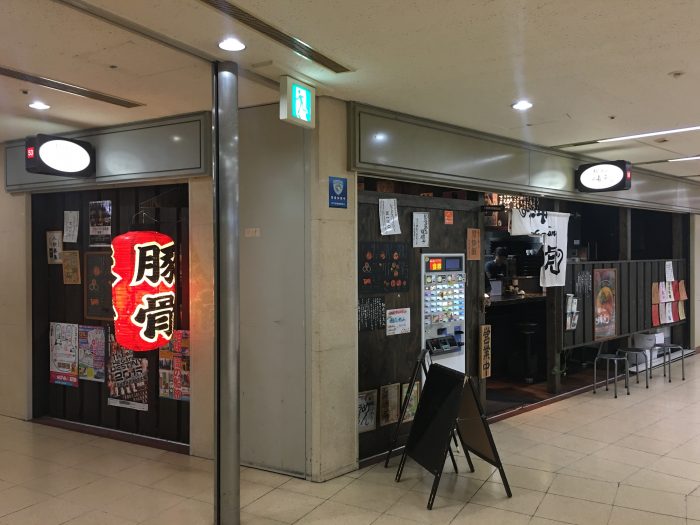 It was called Room, and it’s a branch of Kamitora, which was actually one of the ramen places I had been trying to find, though it wasn’t marked as such and didn’t match the photos I had seen. The name in Japanese is 麺’s room 神虎 大阪駅前ビル店. My bowl of steaming ramen was my reward for having spent a couple of hours wandering Osaka in search of cash & food. 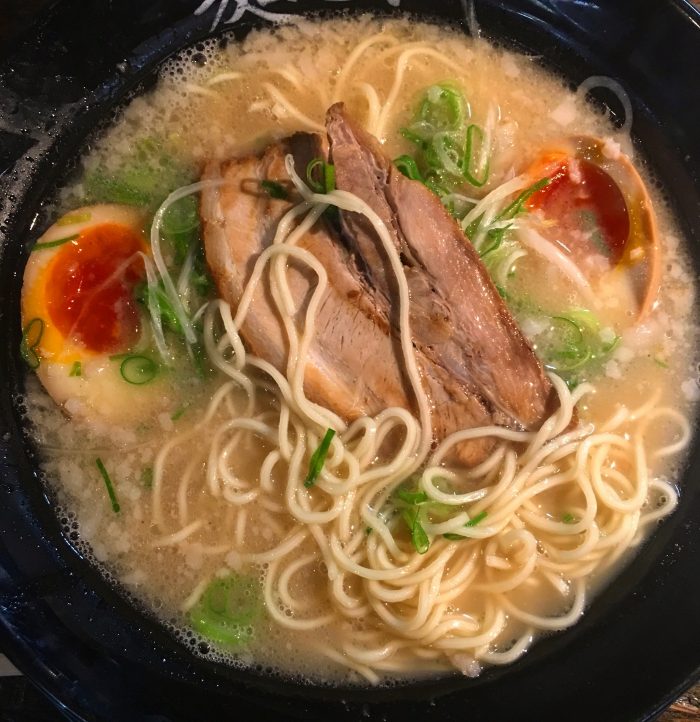 My next planned stop was for some Japanese craft beer. However, thanks to having wasted so much time, I arrived at Craft Beer Base Bud just as it was closing. It looks like a cool beer spot, deep in the basement of an office building. At this point, I realized it just wasn’t going to be my night. so I headed back to my hotel to sleep. 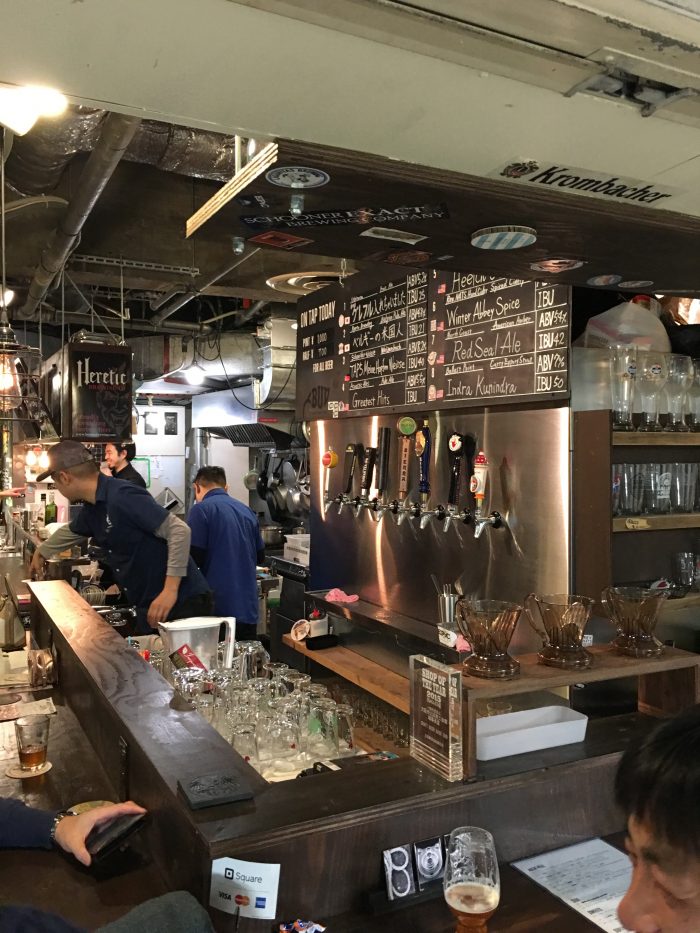 After getting a few hours sleep, I left the hotel around 9am to walk to Osaka Castle. The walk was nice, as it follows the water, passing across an island that includes Nakanoshima Park. 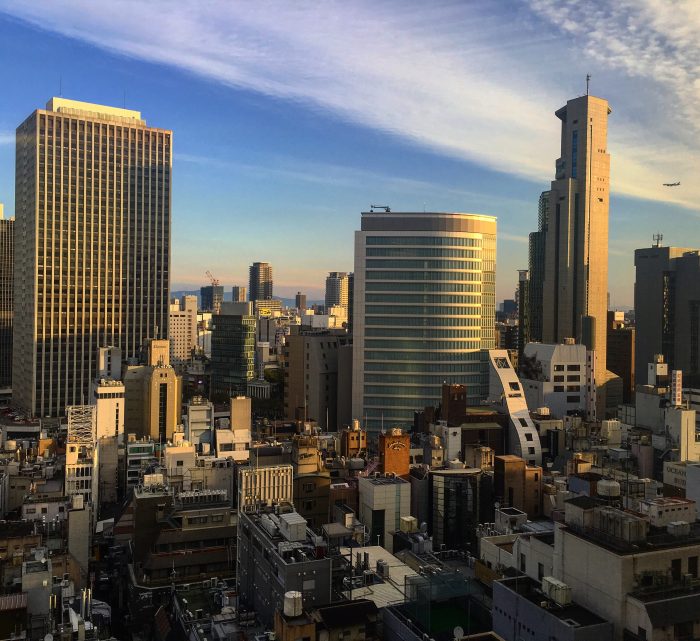 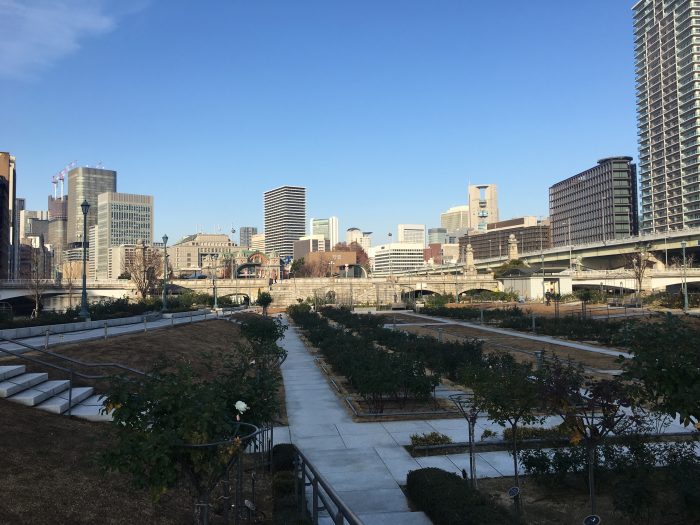 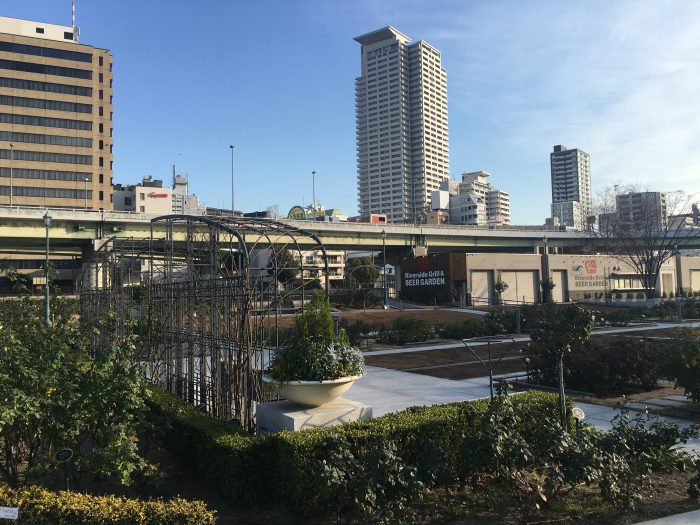 It was nice to see that an introspective Tommy Lee Jones is still getting work promoting Boss. 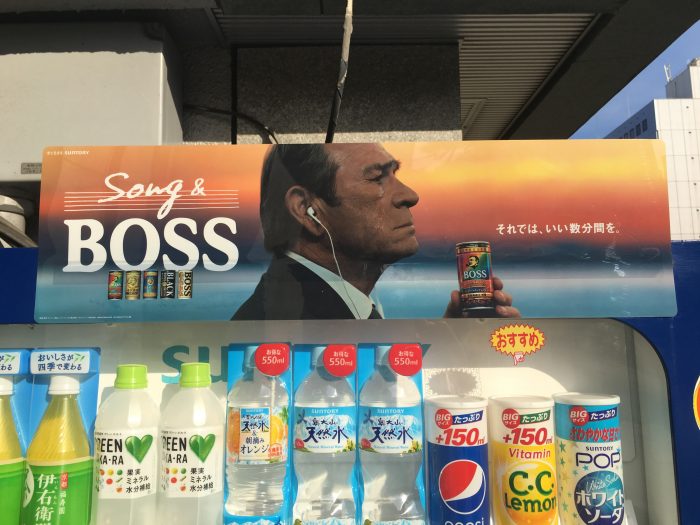 Osaka Castle was originally completed in 1597, and has been restored to its former glory following its destruction in several conflicts, including World War II. I didn’t have a lot of time, so I just walked around the outer edges of the grounds, as the rest required an entry fee. The park was pretty, even in January. 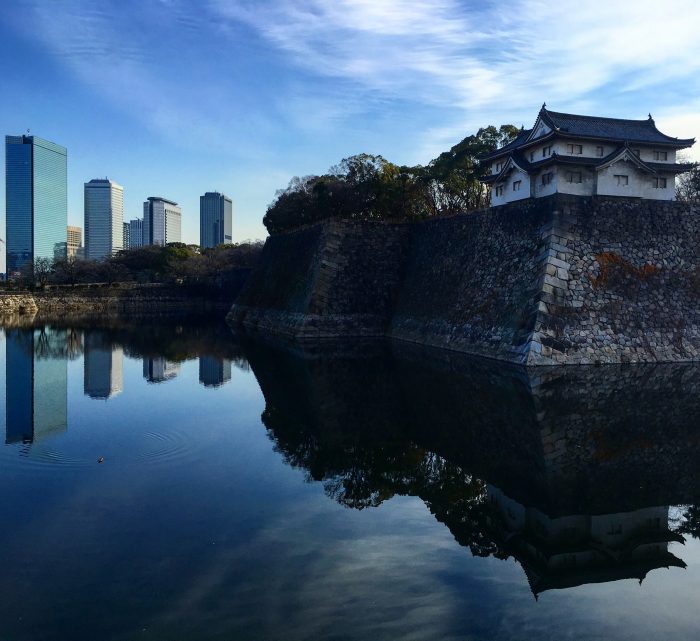 From there, I walked north toward the Tenjinbashi shopping area. The long narrow alley is filled with shops of all kinds, but I was there for one reason: to go to one of Osaka’s best sushi restaurants, Harukoma. 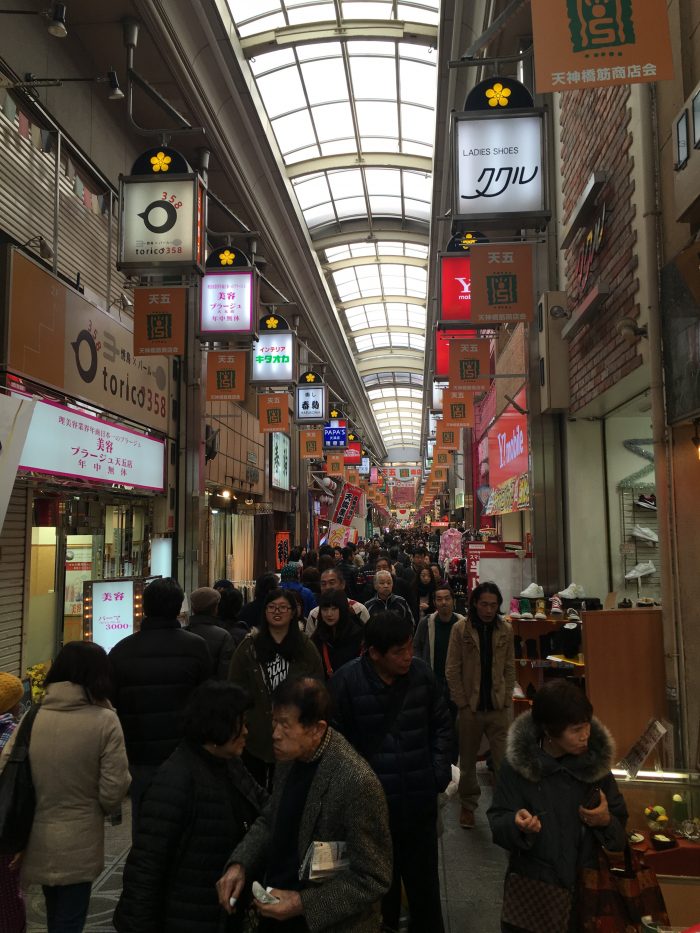 Harukoma is a destination for sushi fans. The restaurant was scheduled to open at 11am, but there was already a round of people inside when I arrived at 10:35am, plus there was a line outside. While I waited, I talked with a guy from South Korea who had also heard it was some of the best sushi in Osaka. 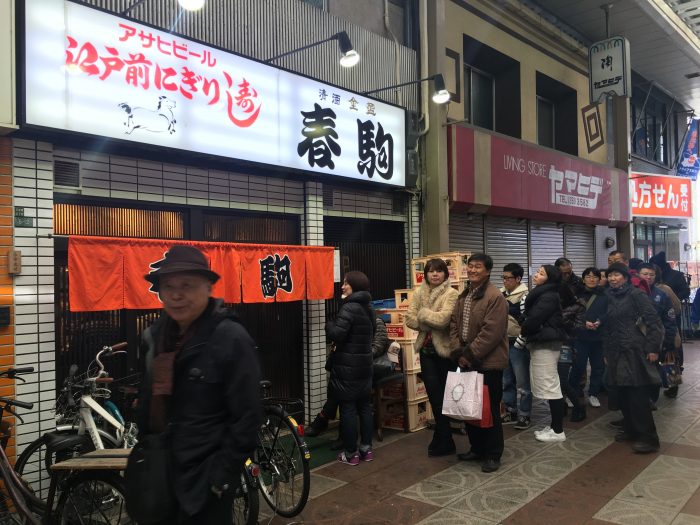 The wait took about 45 minutes, but we eventually made it inside. Upon entering, it’s easy to see why there’s such a line. The tiny place only holds a couple of dozen patrons at a time. The wait was well-worth it. It was some of the best sushi I’ve had in my life. I had 20 pieces of nigiri in all 2650 yen, which is about $26 USD. 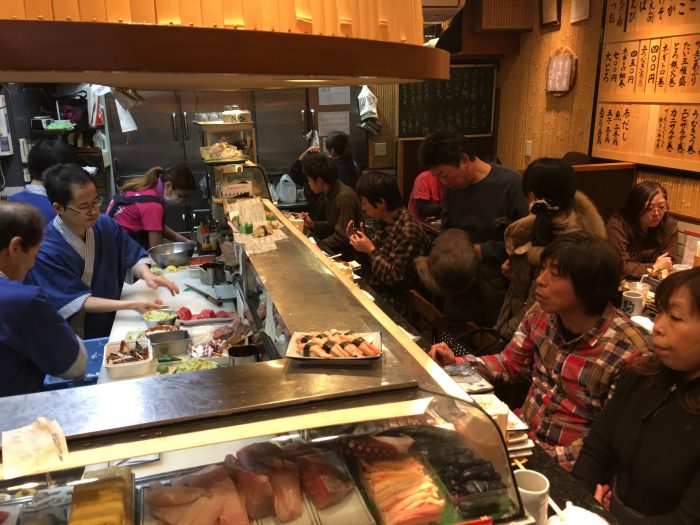 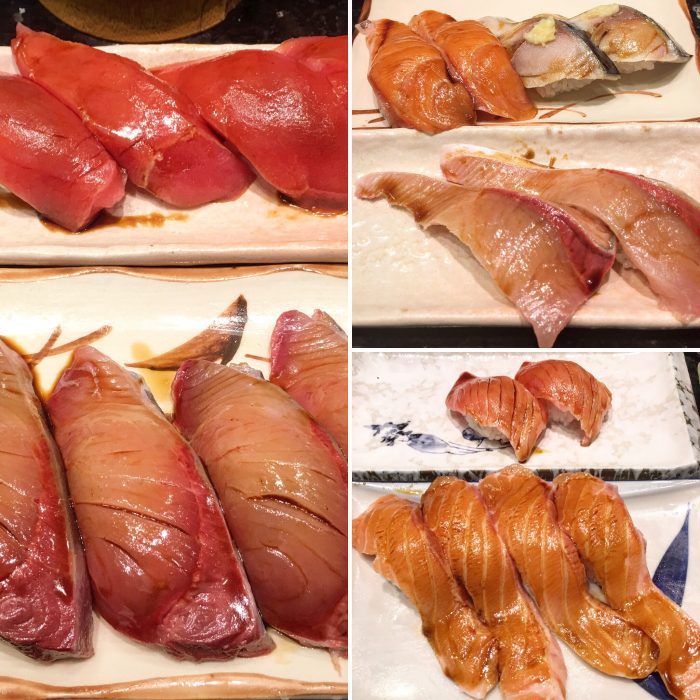 After lunch, I walked back to my hotel. It was time to check out and begin to make my way back to Kansai airport at the conclusion of my layover in Osaka. 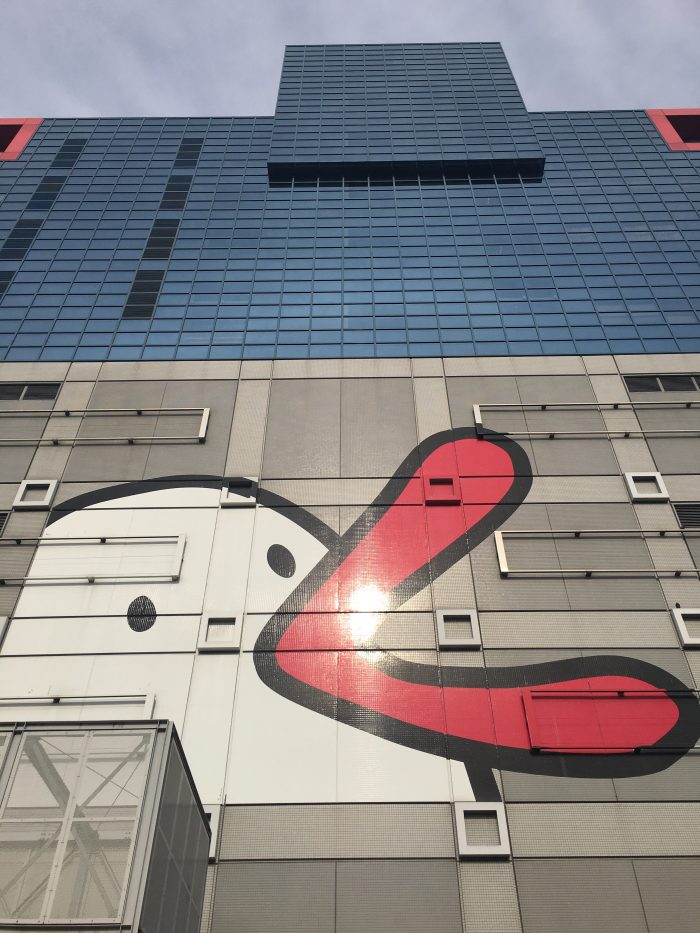 The train journey was uneventful until I heard an announcement. Only half of the train would be going to the airport, and I was in the wrong half. Fortunately I had somehow heard this over the podcast I was listening to, otherwise who knows where I would have ended up. In hindsight, I did wonder why nobody else in my car had any luggage with them, but it’s a bit strange that of all the trains that might have to split, it would happen to a train that might be filled with confused visitors.

I visited Osaka with only a few goals. I wanted ramen and sushi, and to explore a city I hadn’t been to on my last visit to Japan. While I had a limited amount of time, I ate well, and I got to see some of Osaka. I did waste some time during the evening, or else I would have been able to do even more, but I still had a great layover in Osaka.