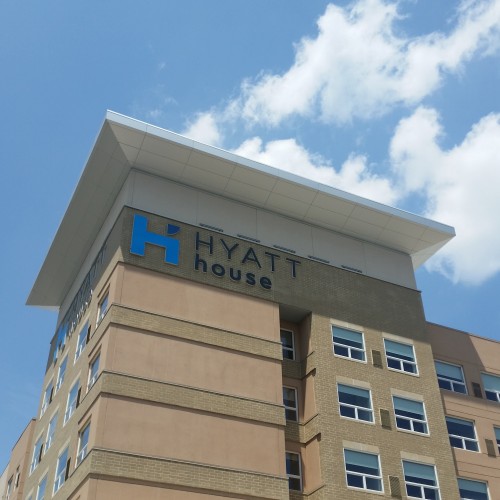 When you’re traveling for work, you sometimes find yourself in random hotels that might not normally have been your first choice. While I tend to shy away from hotel chains, sometimes that’s not feasible. Between corporate travel preferences & company locations, you take what’s given to you.

In my case, my company’s office in Pittsburgh, Pennsylvania happens to be right near the Hyatt House Pittsburgh South Side. As far as the big chains go, I’m fairly loyal to Hyatt properties since I have the Chase Hyatt credit card, and it’s good to stay consistent if I ever stay in enough hotels to earn status.

The Hyatt House is a branch of the Hyatt chain that is focused on extended stay, business travelers. As such, their rooms are spacious, with separate living room areas and kitchens. The rooms are bigger than my apartment, which says a lot about both my apartment and the Hyatt House rooms. 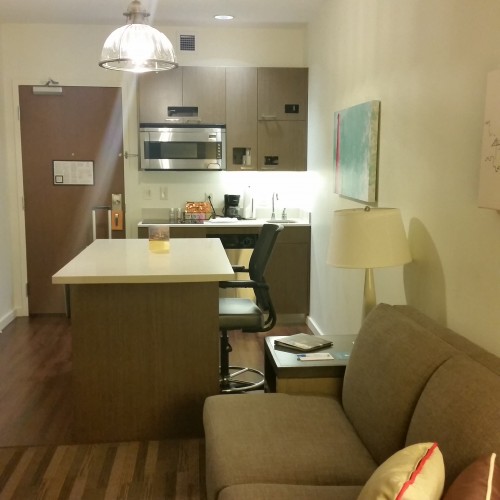 The television can be rotated between the living area and bed area. 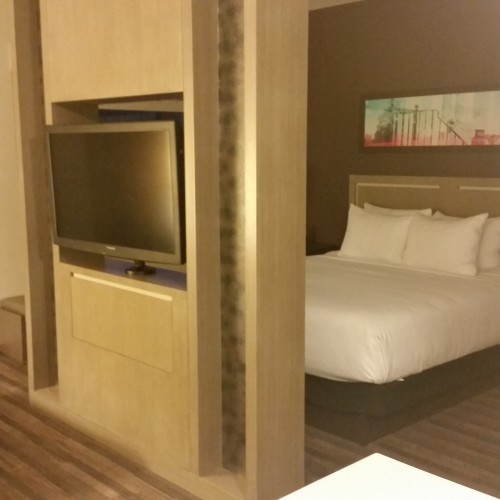 The bathrooms are fairly large too, with an ample shower area. No bathtub, however. 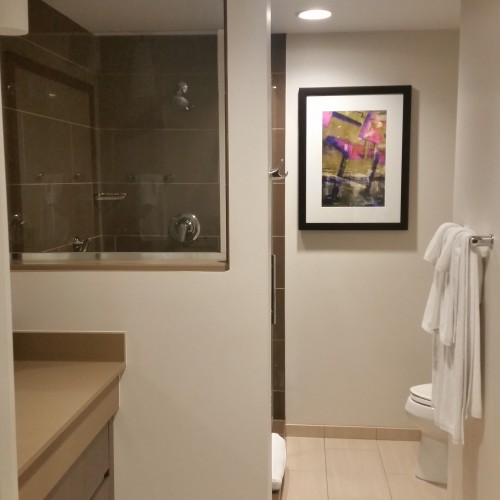 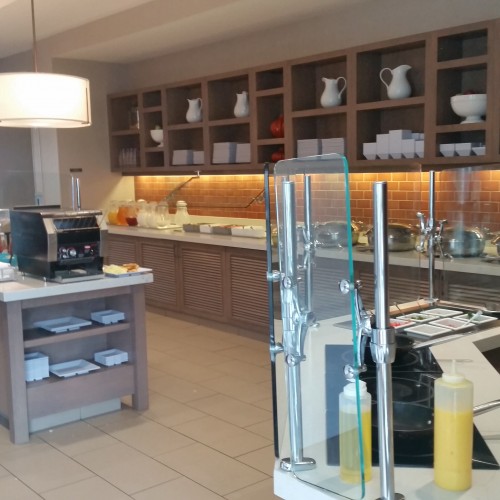 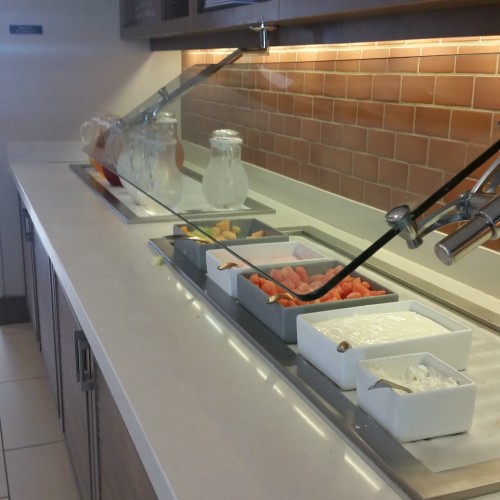 There is of course a bar, and there’s also a store on site if you want any snacks or quick meals for your room. 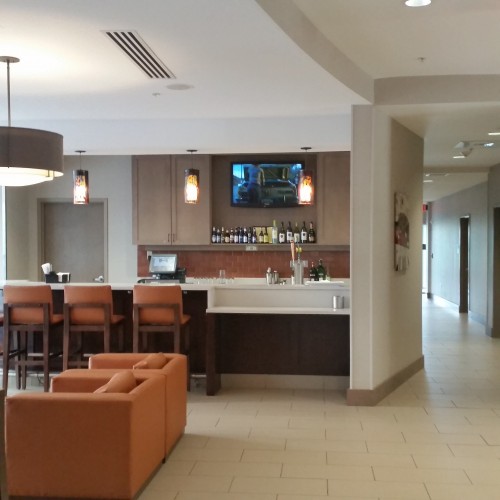 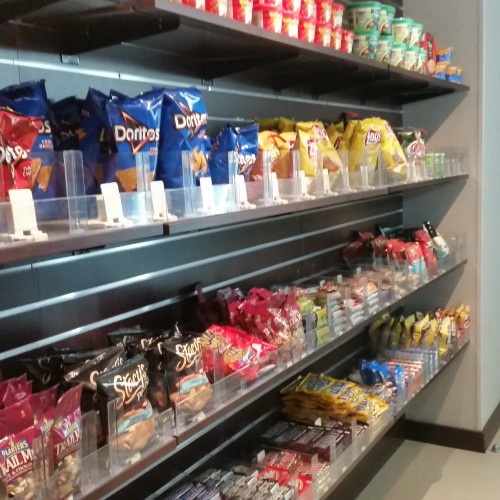 The Hyatt House Pittsburgh South Side has a small pool, as well as a gym. 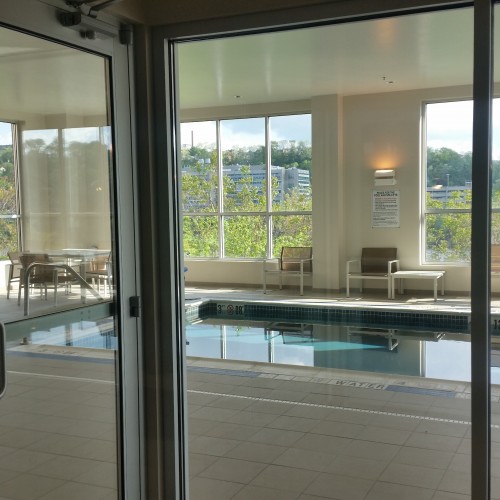 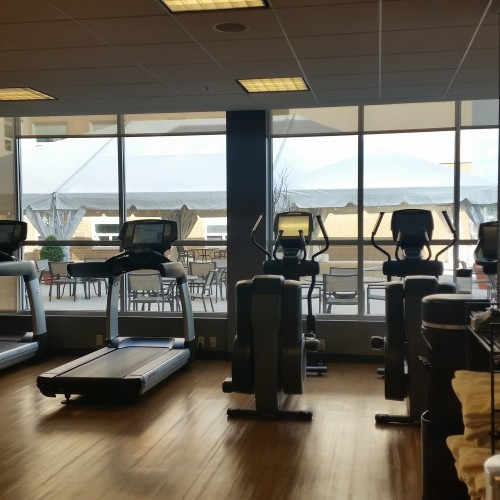 The only drawback of the gym is it faces out on to the large patio outside the hotel. While the patio is quite nice, it’s not particularly good motivation during a workout when you’re staring at people who are drinking beer and having a BBQ (and they’re staring back at you). 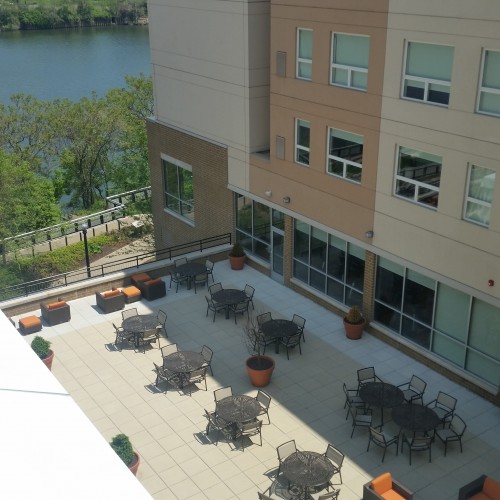 As far as views go, you can do worse than looking out over the Monongahela River, on the bank of which the hotel sits. 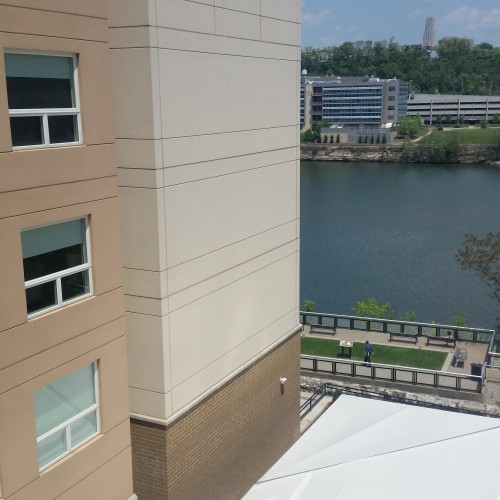 Another nice thing about this hotel is the quality of the internet. I’ve never stayed at a hotel with such fast internet service. Once you’re logged in, you’d have no idea you are on a hotel wifi service. That’s an underrated feature, and one that I hope all hotels strive toward.

Speaking of underrated features, the windows also have two sets of curtains. Combine the two, and you can get total darkness. No worries about being woken up by the sun, unless that’s what you want. 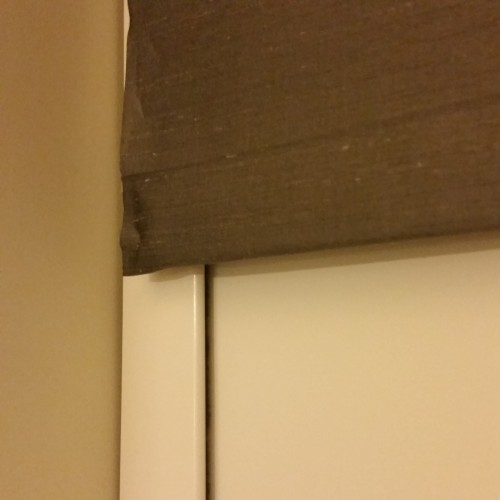 While the Hyatt House is located near plenty of shopping, bars, and restaurants on the South Side, there is also a free local area shuttle. You do have to book ahead of time, so plan ahead. Otherwise, the area around Carson Street is walkable. There are tons of good bars & restaurants along Carson, including The Library, Fat Head’s, Carson Street Deli, and more. If you’re looking for a restaurant right near the hotel, I highly recommend Sake Sushi. It’s some of the better sushi I’ve had recently, which is something you probably wouldn’t expect in Pittsburgh. It’s proof that good sushi is all in the sourcing & the chef, not necessarily the proximity to the ocean. 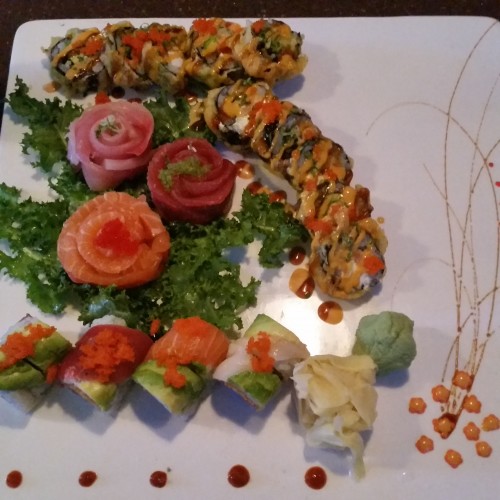 If you’re visiting the South Side of Pittsburgh, the Hyatt House is a great option. While it might not be the biggest tourist destination, I certainly won’t mind my next visit there.