For most of my stay in Hong Kong, I stayed at a hotel called the Grand City Hotel. Located just a couple of blocks from the Sai Ying Pun subway station, it’s a convenient hotel, especially for the price. 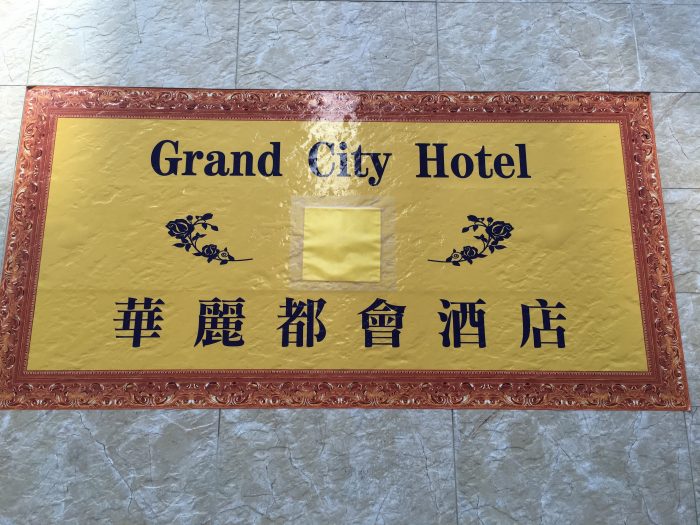 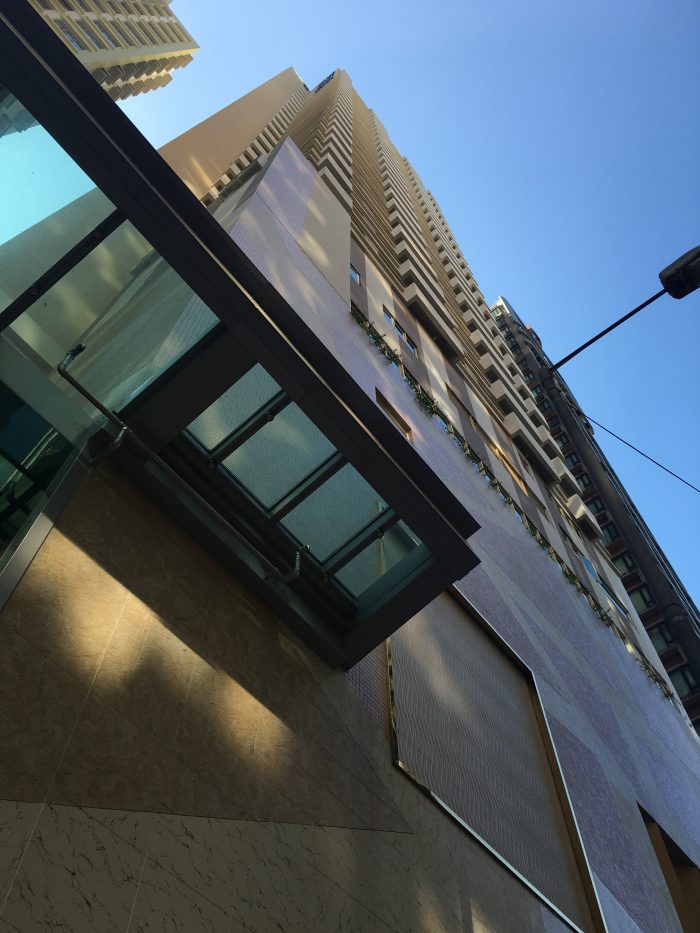 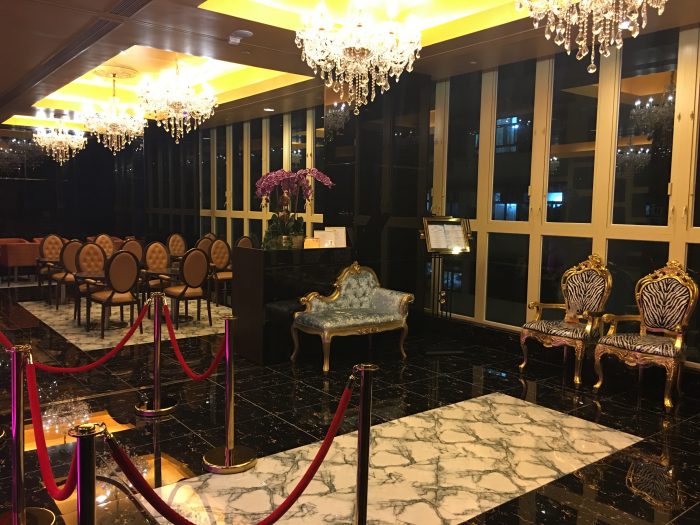 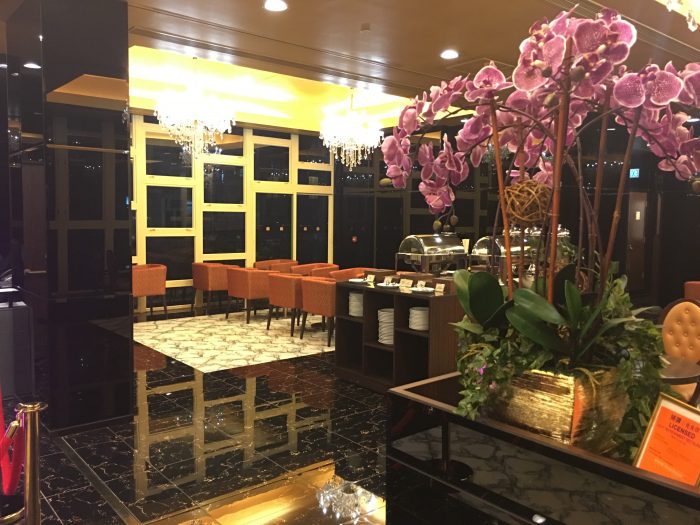 When I first went to the hotel, I came out the wrong subway exit and ended up having to walk a few blocks extra, but later I found that there is an alleyway right next to the hotel that is half a block away from station exit B1.

At just $45 USD per night via Hotels.com

(plus essentially a 10% refund toward a free night thanks to Welcome Rewards), I went in with low expectations despite the hotel having good reviews. The price was half of what other similarly rated hotels would have cost, so I was interested in seeing just what the catch was.

The truth was, there really wasn’t one. The Grand City Hotel was great for the price. While the room was tiny, it was liveable, and about what I expected from that area of Hong Kong. It was well-decorated in a boutique fashion. There was even a chandelier, which I don’t recall having encountered in many hotel rooms, certainly not one at this price level. 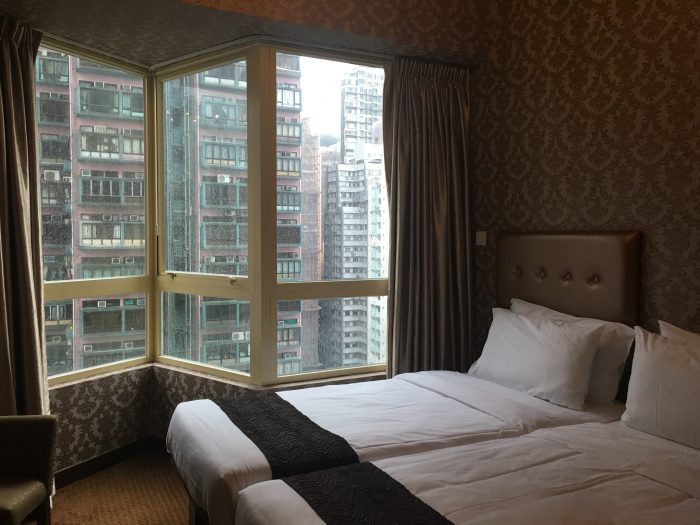 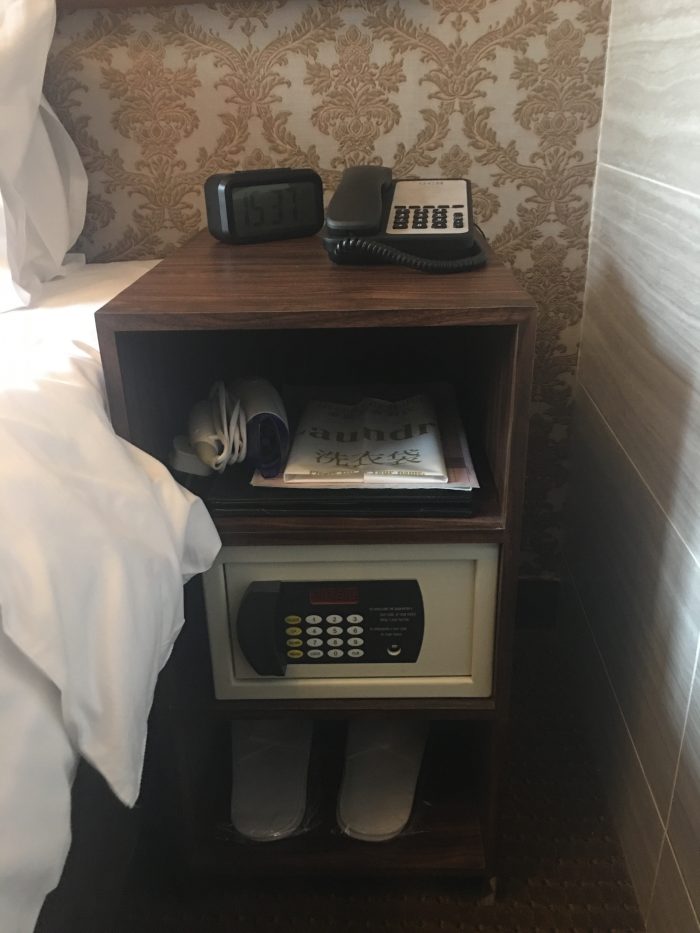 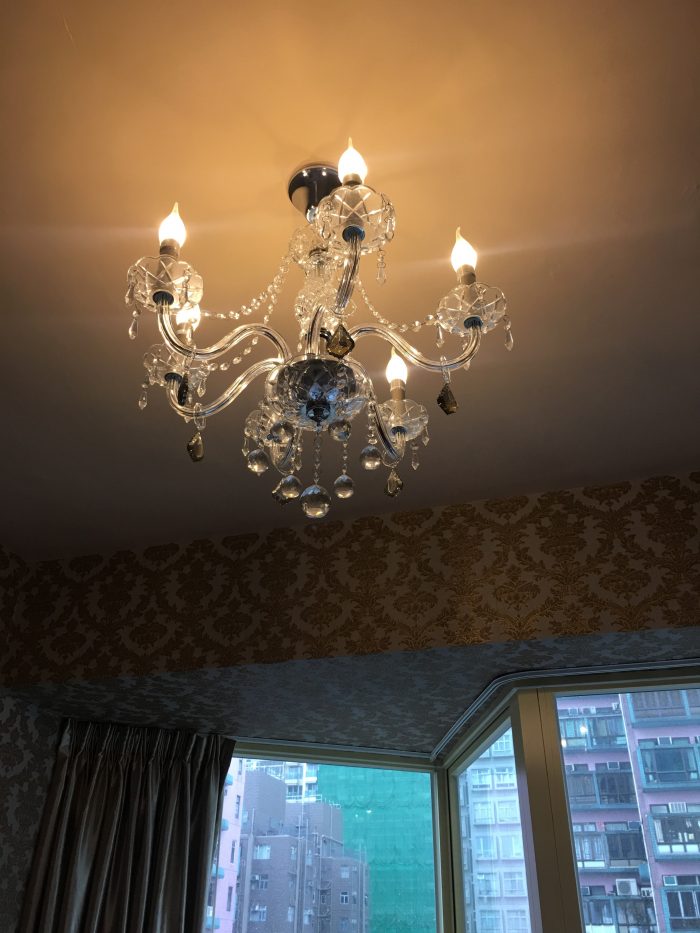 Since my room was on the 22nd floor, I had a decent view of the surrounding towers. Since the windows form a little nook, you can see a bit into other rooms as well, so keep the drapes closed (or open, if that’s your thing, I don’t judge). 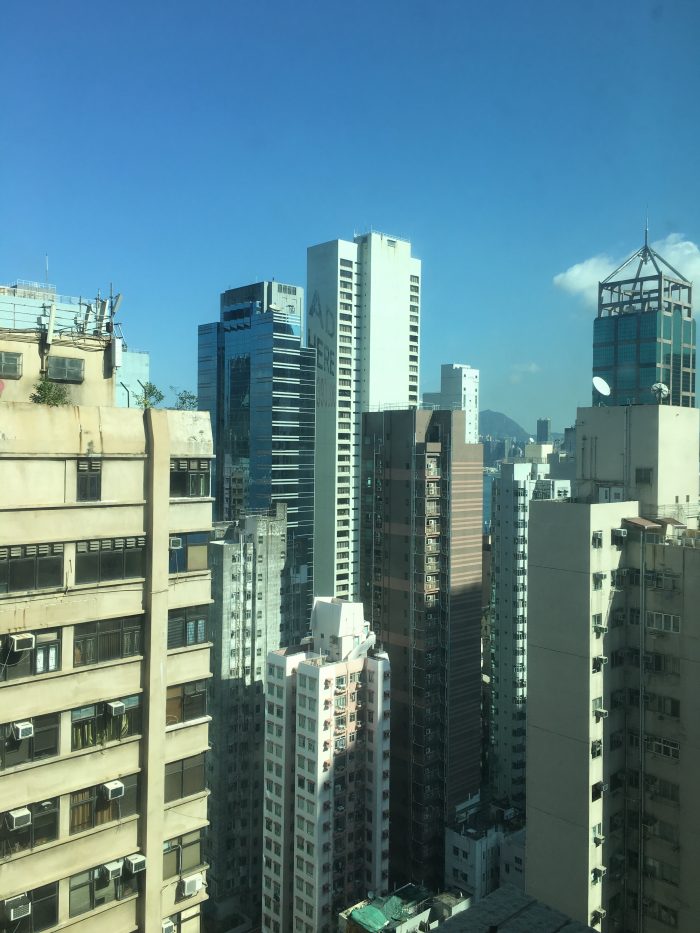 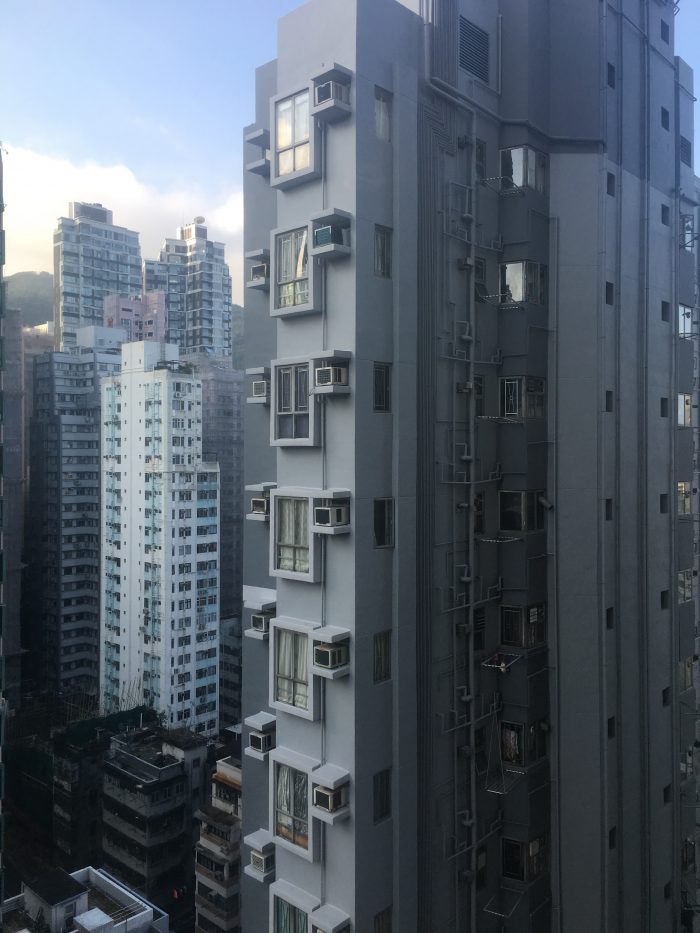 The hotel staff were friendly, and the hotel was clean. There was dreamy French pop music played in the hallways, which could have been annoying, but I couldn’t hear it from my room, plus they turn it off at night. 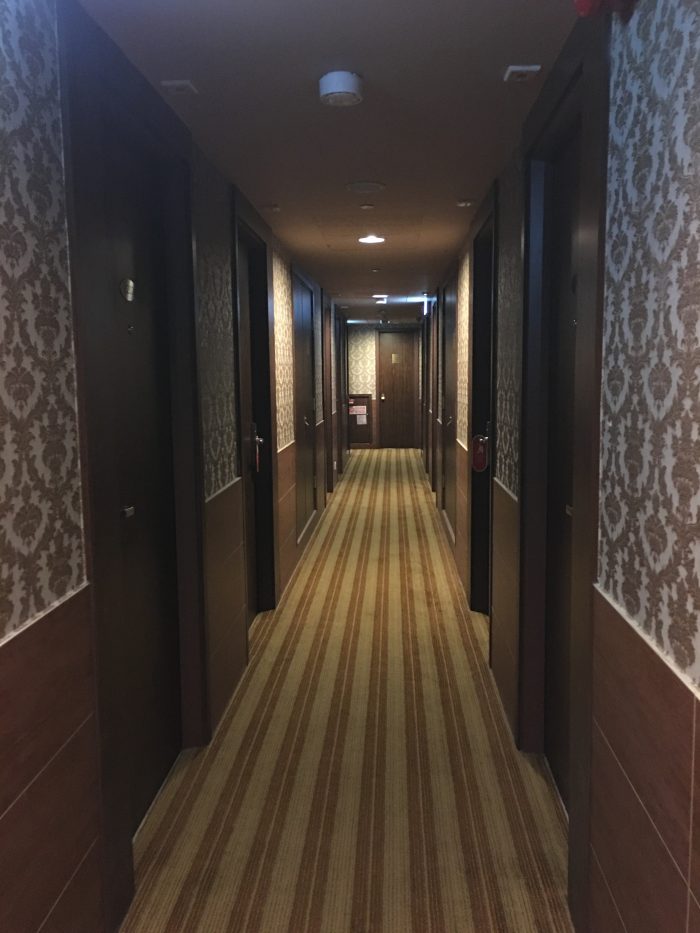 As far as negatives, the mattress was a bit hard, so I ended up sleeping on top of the duvet some of the time. That’s not a problem since Hong Kong is rarely cold. Also, the wifi was a bit slow, and the shower could have had better water pressure. 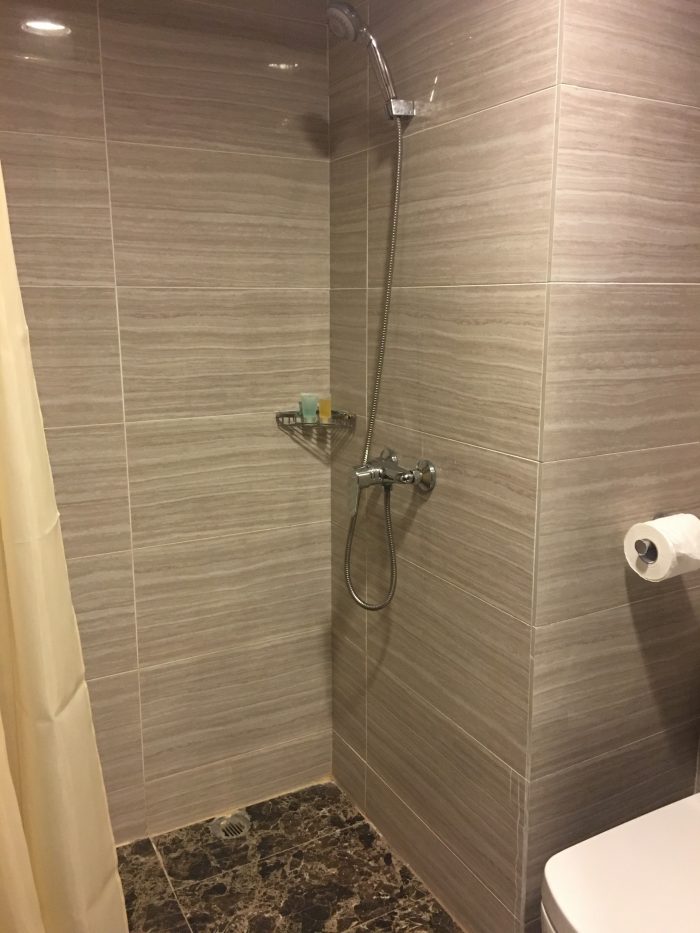 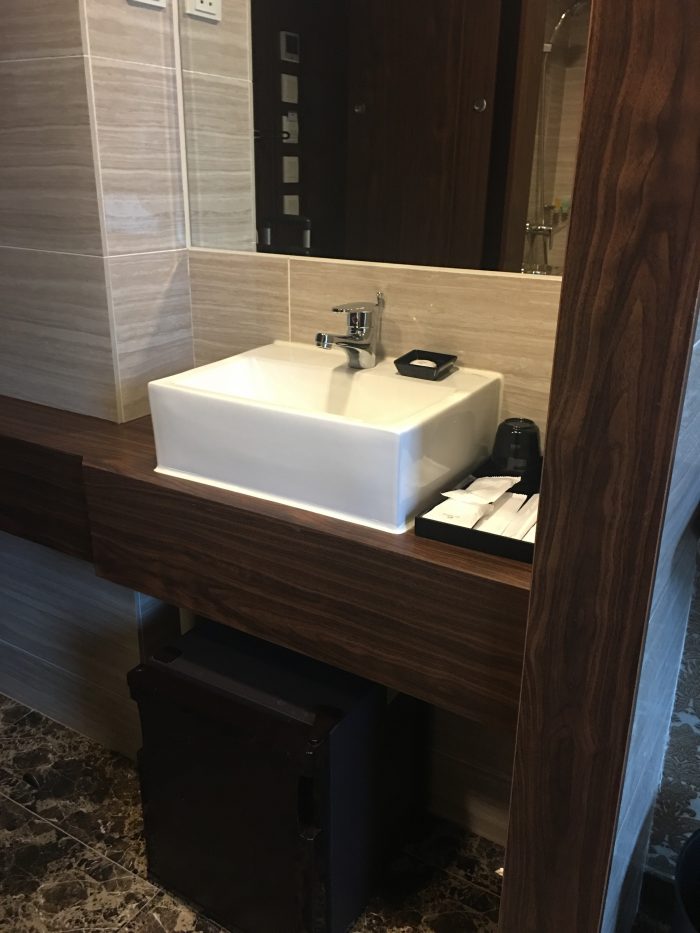 All said, for around $45 USD per night, the Grand City Hotel is a great value in Hong Kong. It can be an expensive city, and while perhaps I just got lucky with the price due to the early January timing of my trip, it’s good to be able to save some money on a hotel room.