Thanks to a great airfare sale to Cancun, Mexico, I decided now was the time to go to Cuba. I’ve always wanted to go, and I wanted to get there before the inevitable flood of tourists changes things once relations between Cuba & the United States are fully normalized. The purpose of my trip was to see Cuban culture & write about my experience. I was so eager to go that I was willing to visit Cuba in August, the hottest & most humid time of the year.

I needed to book my Cancun-Havana flights. I used skyscanner.ca to find flights. Note that it needs to be skyscanner.ca, not skyscanner.com. If you are in the United States, switch your currency & location to Canada in order to be able to search for flights to Cuba. Hopefully this will change soon, but as of August 2015, this was the case. 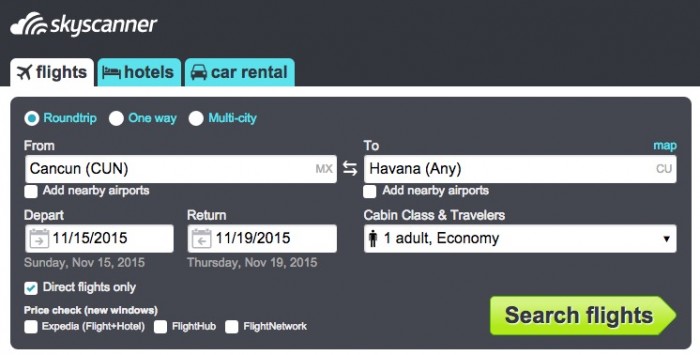 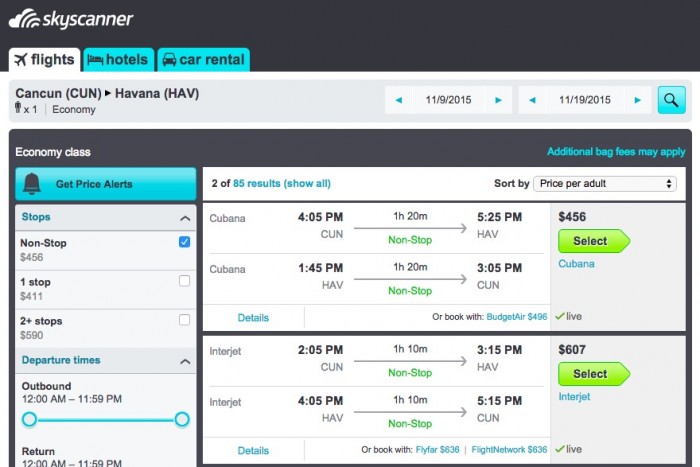 There were a few flight options, but Cuba’s national airline, Cubana, was the cheapest.  I was taken to the Cubana website to make the booking. I had no issues making the booking with a credit card from the United States.

Keep in mind that the price on Skyscanner will be in Canadian dollars, while the Cubana site you will pay in USD. It’s less than an hour flight each way, making it a rather expensive ticket, but there are no cheap options for flying to Cuba. I imagine it will only get worse unless capacity is quickly increased. 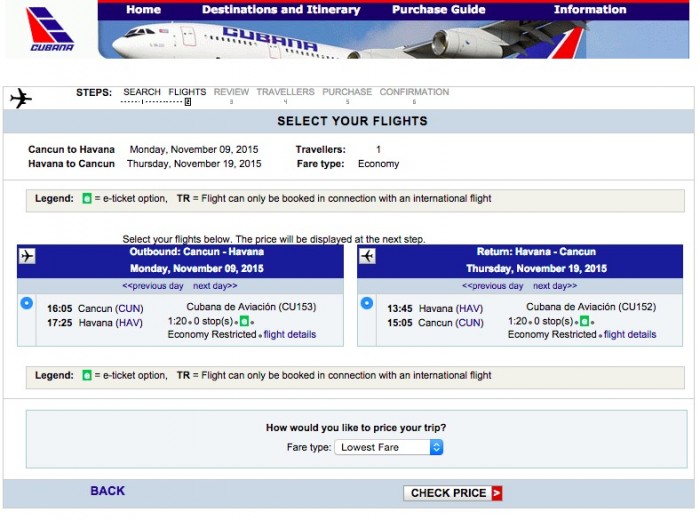 I was not able to make seat assignments, but I was able to get window seats upon check-in at each airport. Both flights were almost completely full.

The entire check-in process was smooth. I visited the Business Lounge in Cancun’s terminal 2 for a while, then headed for my flight.

The boarding process was nothing out of the ordinary. The only odd thing was that the Airbus A320 had no markings at all. I’m not sure what the deal was, but there was no Cubana livery. It felt like we were being put on some secret flight. 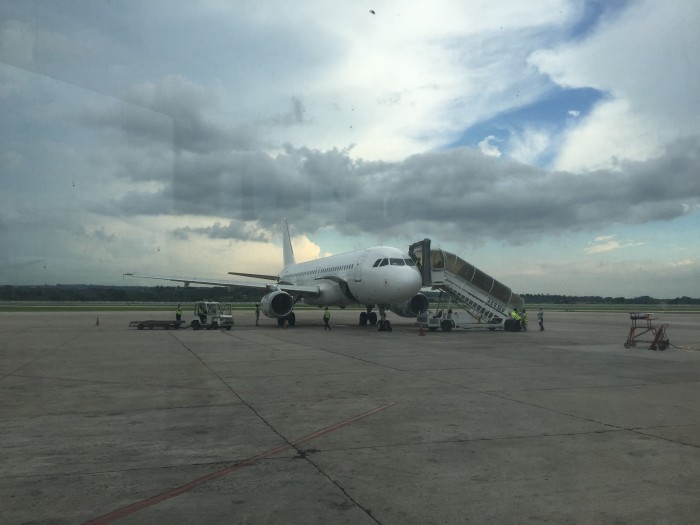 The seat was unremarkable, though it certainly could have used more legroom. I didn’t expect luxury, and the plane didn’t seem too old, so it was fine. 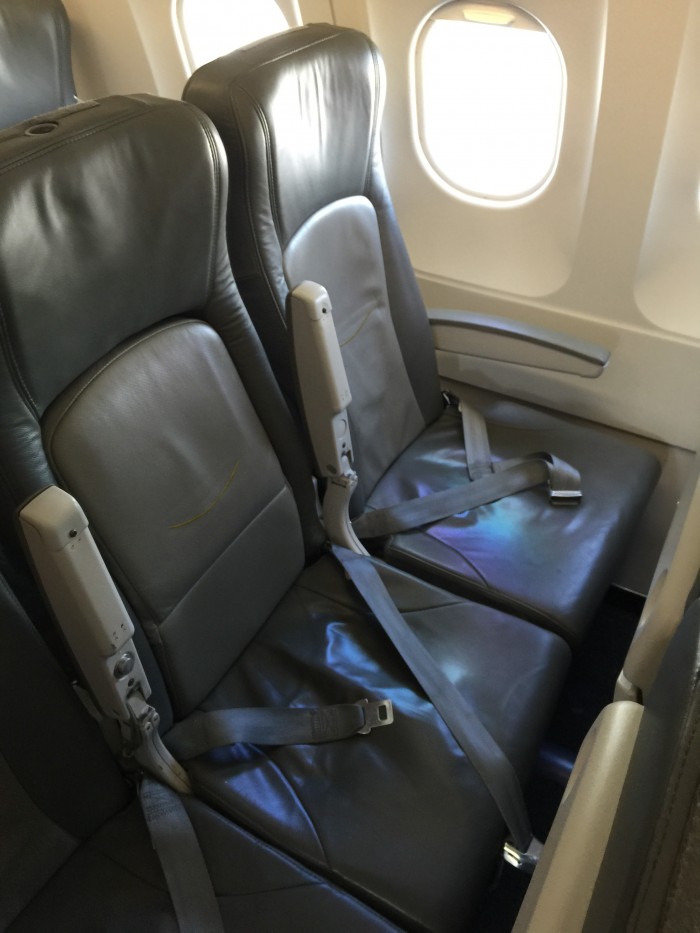 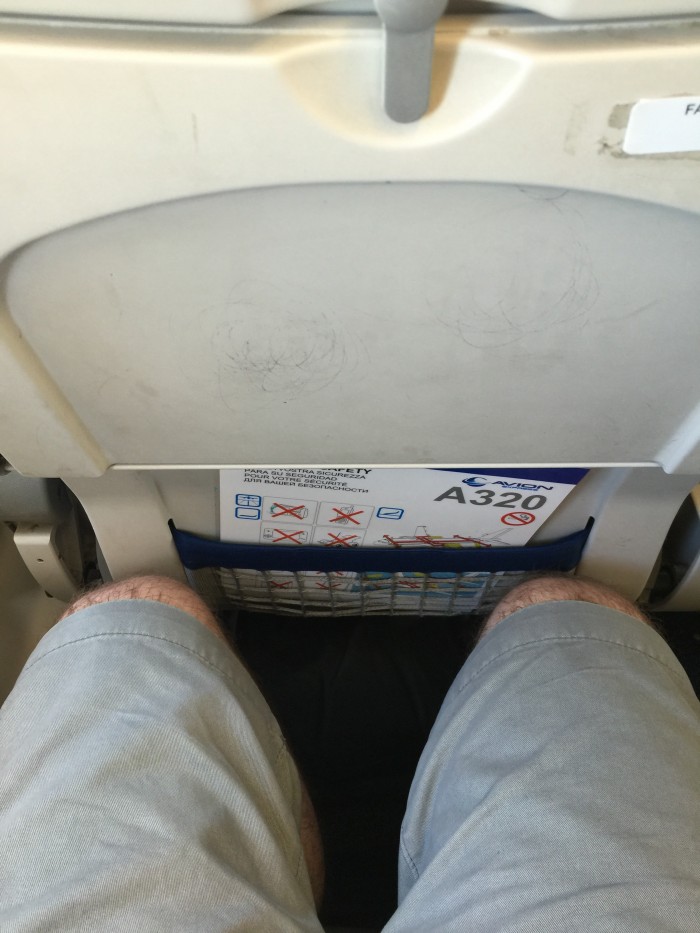 Inflight service was comprised of a few soft drinks or water, plus crackers. 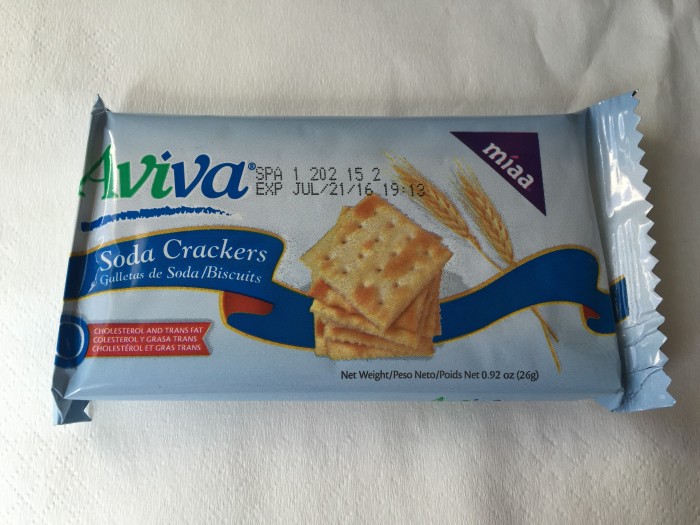 Look, it’s easy to mock being given crackers on a flight until you realize that this is actually better than the complete lack of complimentary snacks on nearly every airline in the United States.

We landed at Havana’s Jose Marti International Airport and were taken to the terminal by bus.

Our first stop was immigration. The queue wasn’t too bad, and I had no major issues making it through the entry process. The only moment of slight worry was when the officer asked if I had my return ticket, and I started to take my phone out to show him proof. He shouted, “No no no!” and waved at me to stop. I did, and it was all fine, but for a moment I was scared that I was going to have an issue. Note that Cuba takes the “no telephones” in the immigration area rule very seriously. I don’t know why I had done it, as I had a paper copy of it in my bag. The officer asked me if I wanted my passport stamped. I said, “no thanks”, and I was on my way.

I still needed to get my checked bag. I waited with everyone else from my flight at the baggage carousel. And waited. And waited.

I eventually noticed I wasn’t waiting in baggage claim, but rather in “baggage clain”. 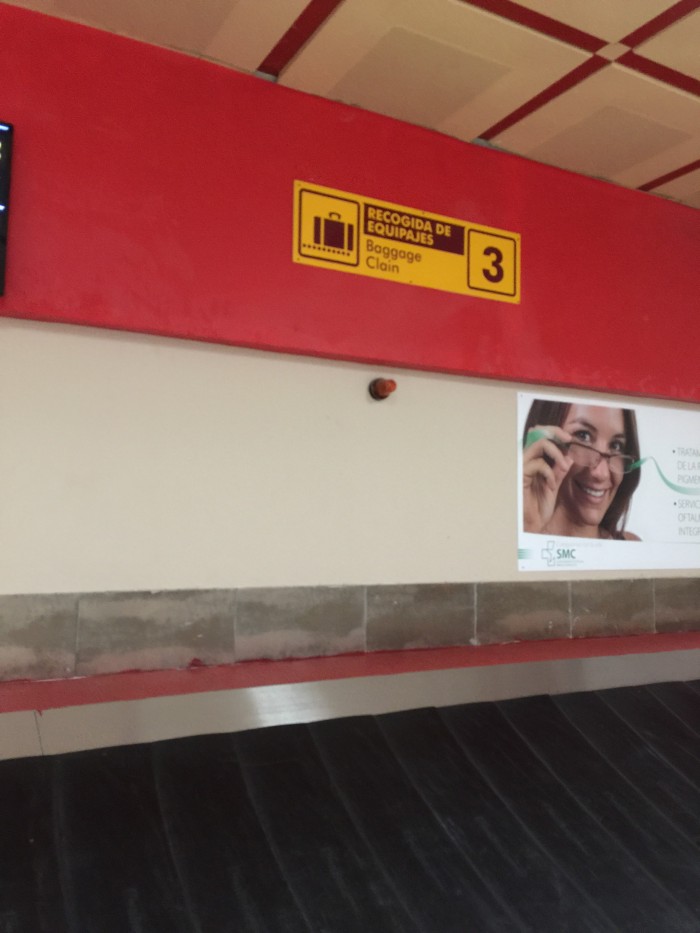 Over an hour went by, and our bags finally began to arrive. I found out later that part of the baggage carousels behind the scenes had broken, resulting in staff being unable to deliver bags. It was an early lesson that it’s useful to go to Cuba with a bit of extra patience.

On my return flight from Havana to Cancun, I checked in, then breezed through security. I had been expecting to have to pay an exit fee so I had kept some Cuban pesos on hand, but I realized after that I had actually been charged the fee when I bought my ticket. As a result, I had a bit of extra money to convert. Not wanting to pay the 10% penalty for USD conversions, I took them in Euros for a future trip.

Terminal 3 at Havana’s Jose Marti isn’t the nicest airport terminal in the world, but it was just fine. There was duty free shop and a lounge I didn’t have access to. There was a snack bar in the center of the terminal that also served drinks. I found out that the Cuban version of Pringles is called Mr. Potato, which is kind of dark when you think about what happened to Mr. Potato Head. 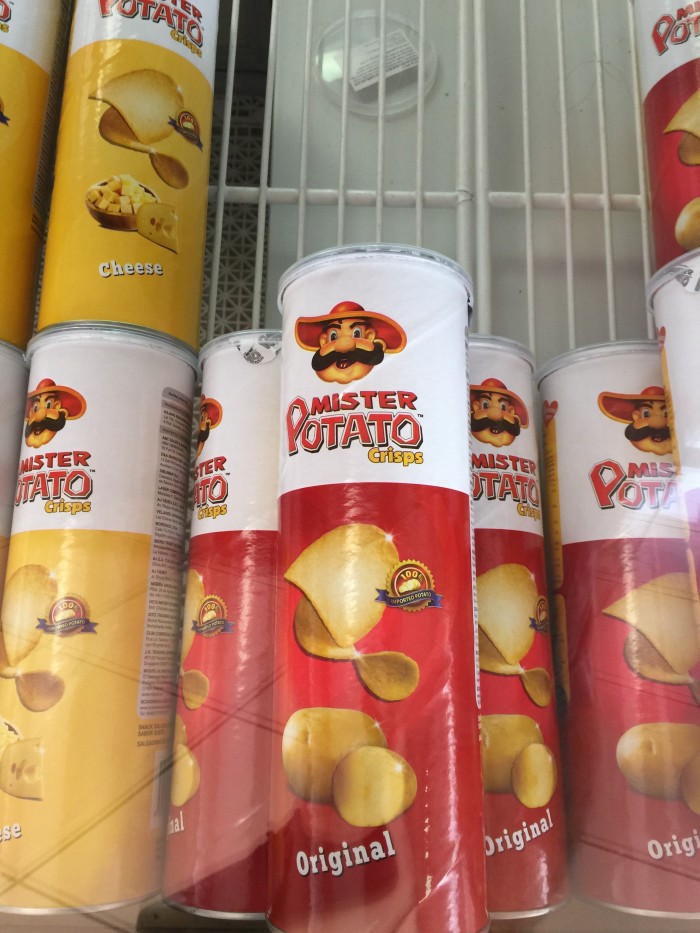 My flight back to Cancun was once again on an unmarked plane. It was an uneventful flight, aside from having to veer around some scattered thunderstorms on the way out of Havana. 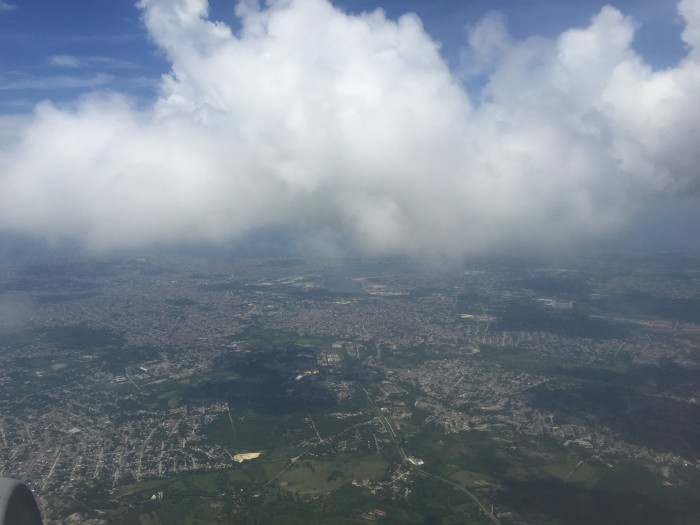 We landed in Cancun only to find a packed arrivals hall, and an interminable wait for our luggage. I was glad that I hadn’t tried to make a tight connection, opting to have one more layover in Mexico instead.

I had no issues with Cubana at all. It was a fairly typical economy class experience. The flights were on time, and the Cubana staff were friendly. While it would be nice if the 50 minute flights between Havana and Cancun were cheaper, I don’t blame them for charging more when there is such strong demand.