Following my visits to Monaco, San Marino, and Liechtenstein, I only had one tiny European nation left on my list: Luxembourg.

I set off from Zurich on a day-long, uneventful train journey to Luxembourg City. I have zero notes about it, and two years on, I don’t remember a thing. That’s a testament to the Swiss rail system. Good travel stories tend to come from the surprising, and a rail system that runs like clockwork isn’t conducive to that.

With my ultimate destination being Bruges, Belgium the next day, I didn’t have much time in Luxembourg. I arrived at my hotel late in the evening, had dinner, and went to bed.

In the morning, I got up and took a short walk through the city, heading for the older portions on the hills above some parks. 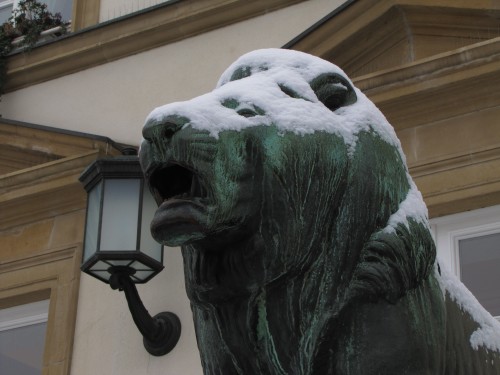 As much as we all may try to avoid making stereotypes and generalizations about people, sometimes it’s hard not to. My brief time in Luxembourg led me to the world’s most obscure stereotype: People in Luxembourg are Harry Potter look-a-likes.

I wish I had taken photos of them, but it seemed like most of the citizens of Luxembourg had thick-rimmed glasses and somewhat wildly-maintained hair. This was the case for both the males and the females. It’s not a bad look at all, just odd when it seems like everyone has it.

I still had a fairly long journey to Bruges (including a train change in Brussels). Thanks to being up early and having been able to see most of Luxembourg City quickly, I took a 10:20am train rather than the 12:20pm train I had planned on taking.

I arrived in Brussels by mid-afternoon, then waited for a while at the train station, which is called Brussels Midi. I couldn’t read the name without thinking of those old musical computer files that play songs that sound barely like the original recorded version.

Bruges isn’t far from Brussels, and my hotel was right near the train station, so I was able to get acquainted with the city for a couple of hours before the sun set.

Naturally, I had watched “In Bruges” before visiting. If you haven’t seen it before, I highly recommend it. While the plot of the movie may not be that of a traditional travel film, it’s a pretty good showcase of the beauty of Bruges.

As a few characters in the film say, Bruges is like a fairytale. This was especially the case when I was there. I’ve mentioned several times before that I enjoy visiting places in the off-season, as I don’t mind cold weather, and I prefer to avoid crowds. The snow I had encountered over the last few days I had been traveling was also present in Bruges. Not only that, it had been consistently below freezing for quite some time. The result: Most of Bruges’ famous canals were frozen over. 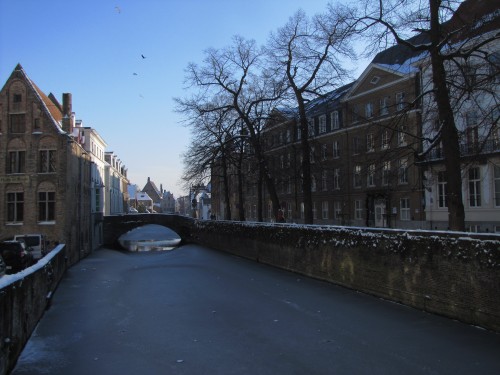 After talking with some locals while I was there, I found out that the canals freezing over was actually a fairly rare occurrence, perhaps once every 10 years or so. Given climate change, it’s possible that it will happen even more infrequently, so I was incredibly lucky to see them in this state. Even the snow was somewhat rare, as Bruges usually stays warm enough to see only a few days of snowfall each year.

Usually, within a day or two of snow falling, what is left turns to dirty mush, losing all of its beauty. In Bruges, thanks to the overall lack of cars in the medieval city center, the snow stayed fresh and white for far longer, at least on the smaller streets that saw less vehicle traffic.

I got acquainted with the center of Bruges, specifically the area around the two main squares, the Market and the Burg. 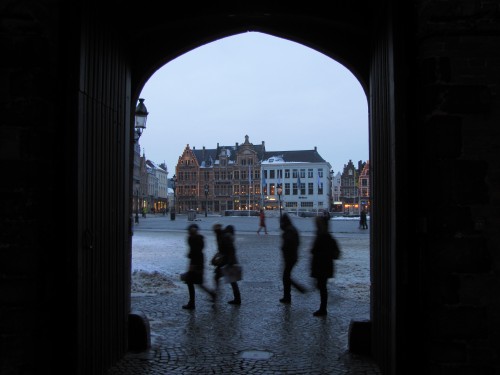 While I did have the good fortune of seeing Bruges in its full winter splendor, there was one drawback to visiting in January: some restaurants and bars were closed for vacation for the days I was there. My first attempt at getting a beer was thwarted, as I arrived at Staminee De Garre only to find it closed. There were still more than enough bars that were open, but just keep in mind the need to be flexible if you’re making a visit this time of year.

No worries, I walked a short distance to another place on my list, De Struise. An outpost of De Struise Brouwers sits right on the Burg. It’s a nice, small little shop with a selection of their bottled beers as well as a rotating selection of taps, including some beers that have never been officially released. I was there on a quiet weekday evening, so I spent some time chatting with the manager and a couple of other customers, who were the ones who told me about the rarity of the canals being frozen. I highly recommend finding some De Struise if you’re in Belgium and looking for some non-traditional local beers. While I like Belgian beers to a point, some of the styles don’t do much for me, particularly the sours. De Struise has a modern take on brewing, so while they do brew some traditional Belgian styles, they also make some fantastic other beers, like Black Albert, which is an amazing imperial stout.

I left the bar and then took some nighttime photos in the center of Bruges. 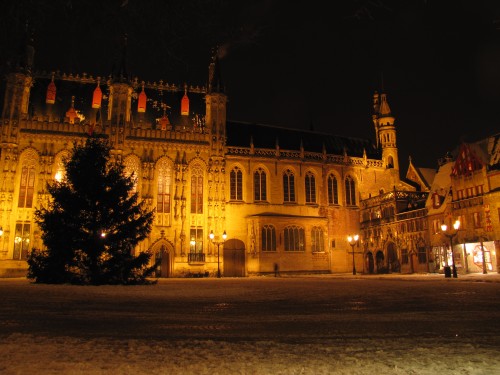 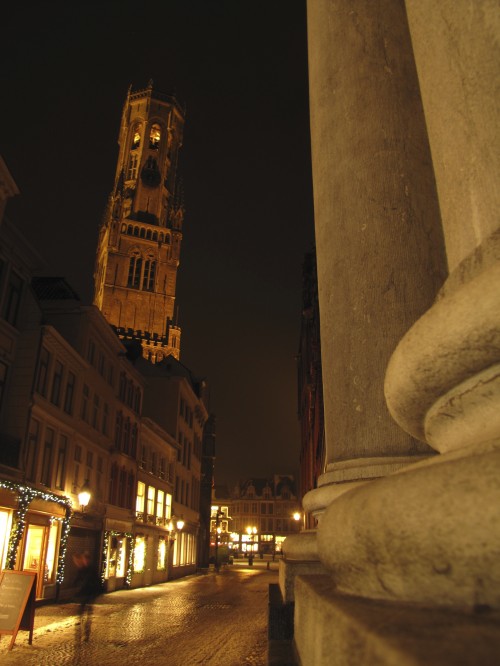 After visiting De Struise, my next stop was at De Kelk, another great beer bar in Bruges. Again, the bar was next to empty, which was nice. I talked with the bartender about Belgian beer, and he made some good recommendations about where else I should visit when I was in town. We talked about one of the most famously tough to find beers in the world, the highly-rated Trappist Westvleteren 12. Theoretically it is only available for purchase at the trappist abbey where it is brewed, but some bottles find their way into a grey market of bars and bottle shops around Belgium. The guy at De Kelk said he had some in stock, but that it was very young. He recommended that it’s better once it’s been aged for a couple of years, so he advised me against buying from him. He earned major respect from me, as it’s not often that someone would be honest like that. Instead, he told me about a local bottle shop that would probably have it. I ended up going to that shop later in my trip, and yes, they had it, so I bought a bottle. 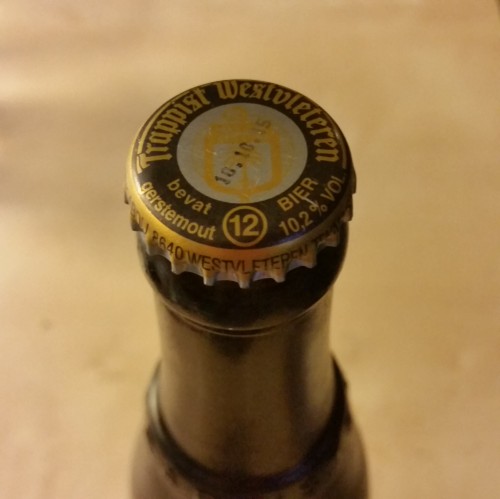 I’ve hung on to it for over 2 years now, and as I’m writing this, I realize that 1) it has taken me way too long to write these recaps from this trip and 2) I should really have that bottle of Westvleteren 12, so here we go. 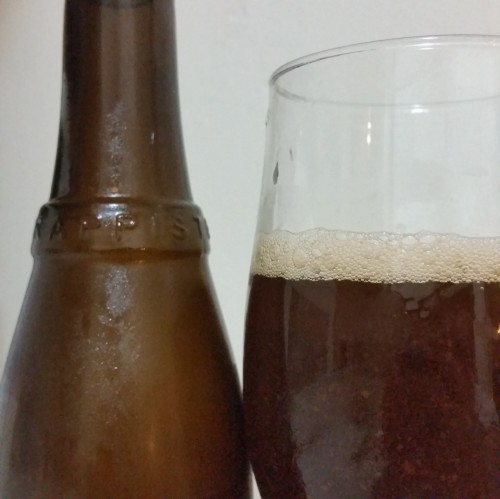 This is one damn good beer. While Belgian Quads aren’t my favorite style, I don’t dislike them at all, and this is definitely a fine example. It’s definitely high on the booze, yet also highly-carbonated. If you can ever get your hands on one, I recommend trying it. I don’t know if I’d pay some ridiculous price or travel just for it, but if you come across a bottle in Belgium or if you’re lucky enough to get it directly from the abbey, go for it.

With that intermission complete, time to finish the story of my first night in Bruges.

After hitting up those couple of bars, I realized I hadn’t eaten. Bruges had me covered. In the cold, dark, empty Market square sat a few food trucks. Two of them looked pretty much the same, serving a local sausage specialty called lookwurst. The guy running one truck wore a New York Yankees cap, the other did not. Being a Yankees fan, my selection was a no brainer. Perhaps the other guy had better lookwurst and fries, but the meal I had before heading back to my hotel was pretty damn good.