Another day, another trip to a tiny European nation.

San Marino sits just inside the eastern coast of Italy, completely surrounded by it, due east of Florence, and just southwest of Rimini, the nearest Italian city, making for a great day trip. It’s the 3rd smallest country in Europe. There are frequent buses from Rimini, and the whole winding ride takes about an hour.

The main attraction in San Marino is the old city, which sits high atop a mountain (Monte Titano) above the surrounding country side. The views are quite dramatic, and you can see all the way to the Adriatic Sea to the east. 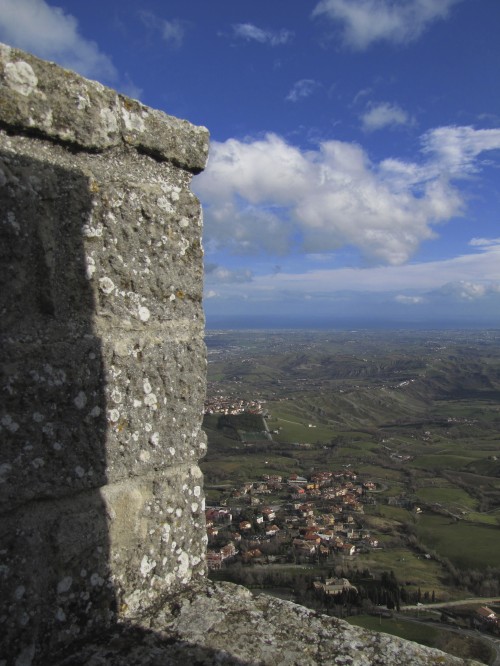 The old city of San Marino is more or less what one would expect of an old city that has been named a UNESCO World Heritage Site. A cathedral, a couple of palaces, and narrow winding roads. Part of what makes San Marino stand out are the Three Towers, which sit on three high points of Monte Titano and provide the best views of the city and Italy beyond. 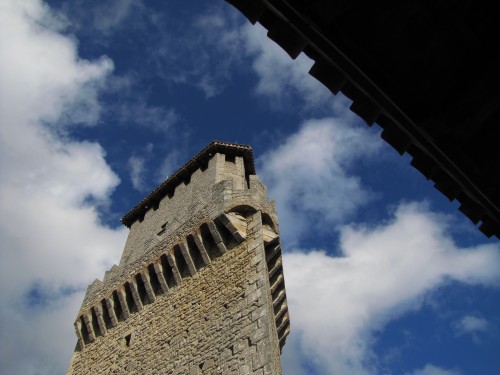 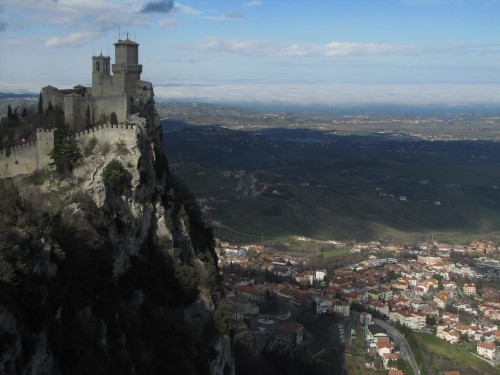 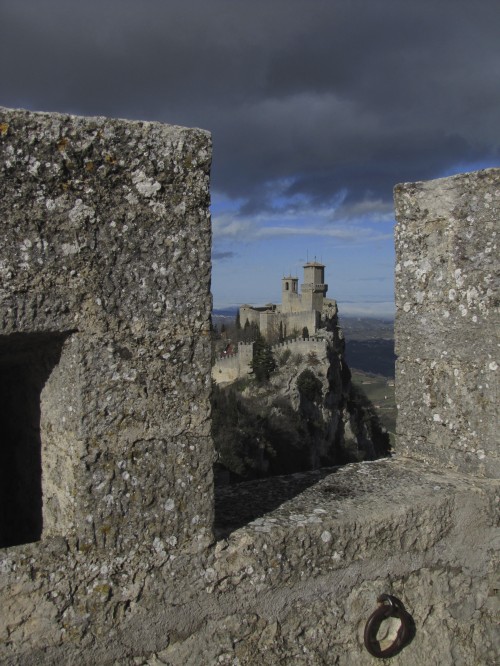 It was a cold, windy day, but at least there wasn’t any rain or snow. I had lunch at the Hotel Bellavista (fresh tortellini with cheese sauce, a local San Marino beer called Titanbrau, and an entire plate of steamed spinach since I hadn’t had any vegetables in a few days), then headed back to Rimini in the late afternoon.

Rimini itself was a decent spot to wander for an hour or so. The old city center was mostly closed to traffic and had some old buildings to look at. It wouldn’t be at the top of any tourist lists, but if you stay there on a trip to San Marino, it’s not a bad spot at all. Back in the hotel that night, MTV Italy was only showing British music from the 1990s (not that I had any complaints about that).

Song of the Day: Jimi Hendrix – All Along The Watchtower