Estonia is a tiny country, but they have a huge craft beer scene. I went there with fairly low expectations, but I was pleasantly surprised to find just how many great breweries the country had during my visits to local bars in Tallinn. Here is my guide to the best craft beer in Tallinn.

Koht is a tiny beer bar tucked underneath an archway off a quiet narrow street in Old Town Tallinn. There is a small bottle shop called Pothouse in the building in front of the bar, which has a nice selection of local & imported bottles. 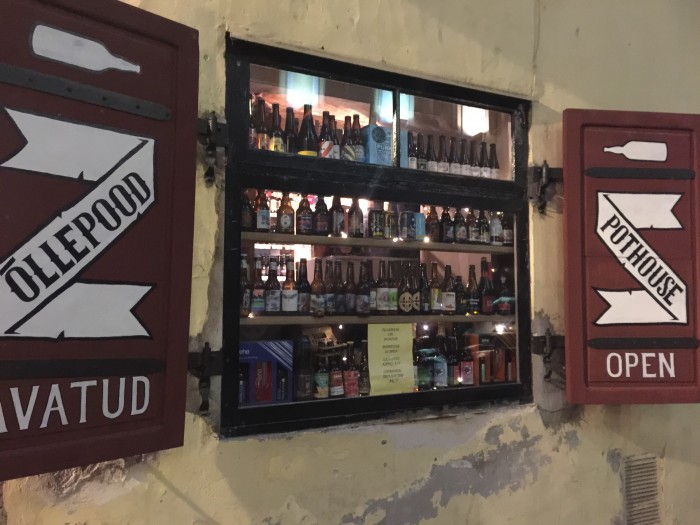 There’s a small patio outside with a few tables, plus a small bar area & a few more cozy tables inside. That’s it. It’s a small bar with a neighborhood feel. There are no taps here, just hundreds and hundreds of bottles. The woman behind the bar was friendly & helpful, with more than a hint of snarkiness that all good bartenders who have clearly been at it for a while have. Koht feels more like you’re drinking in someone’s living room than in a bar, albeit a living room where someone has been hoarding beer bottles. 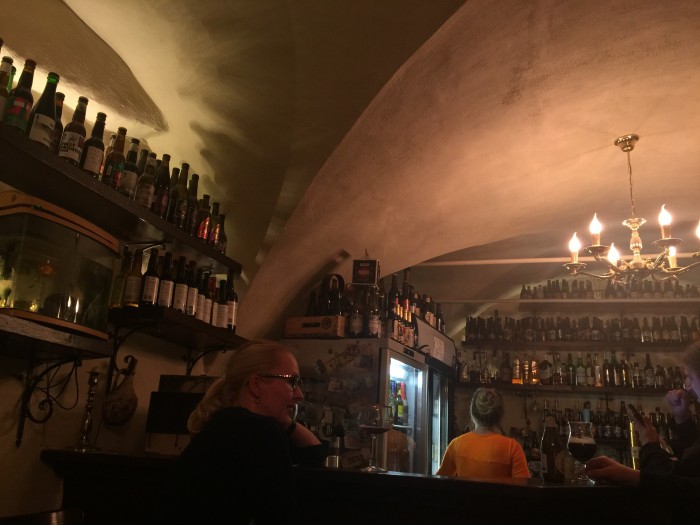 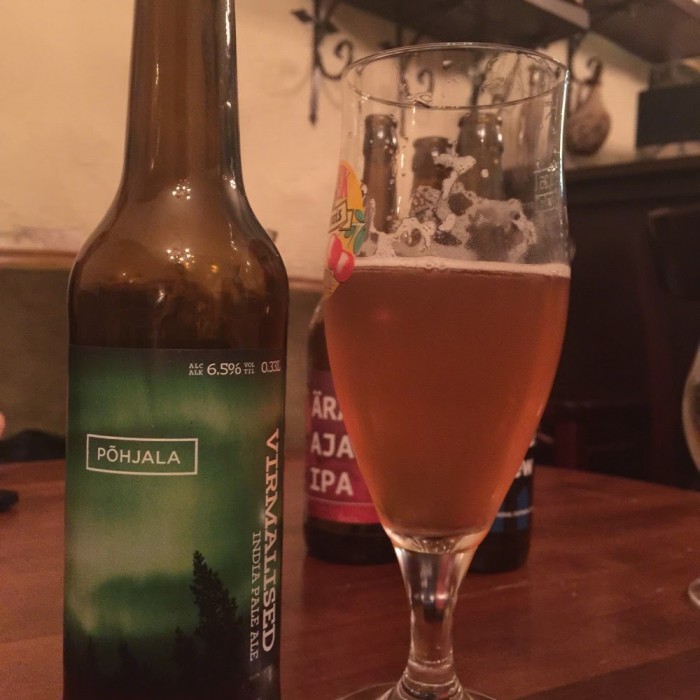 Porgu is a large basement bar located at the western edge of the Old Town Tallinn, just below Toompea Hill. While the bar area is a bit on the small side, there are plenty of larger tables, as it’s also a restaurant. 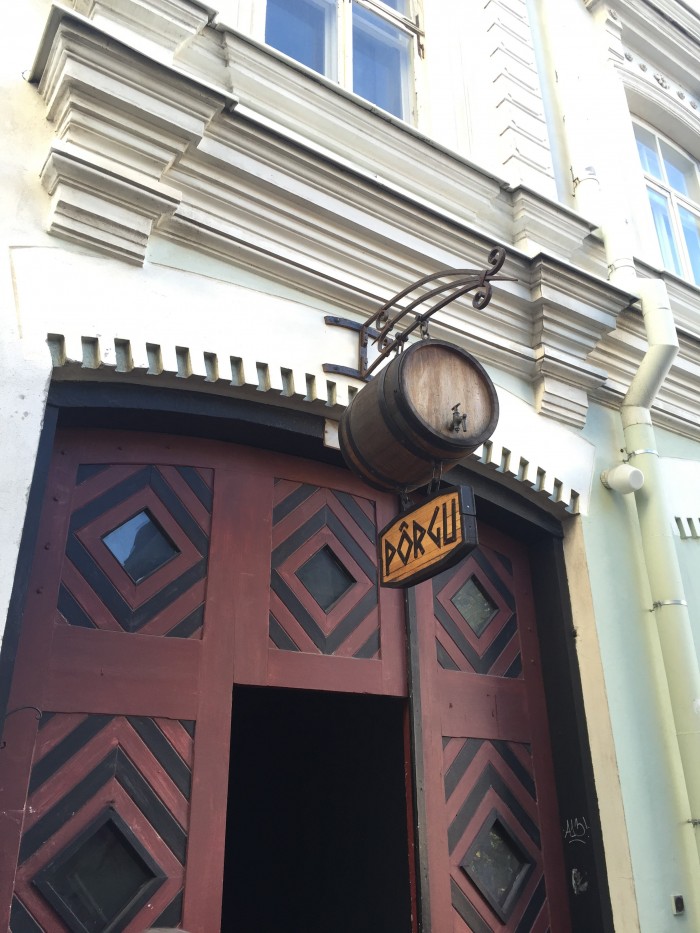 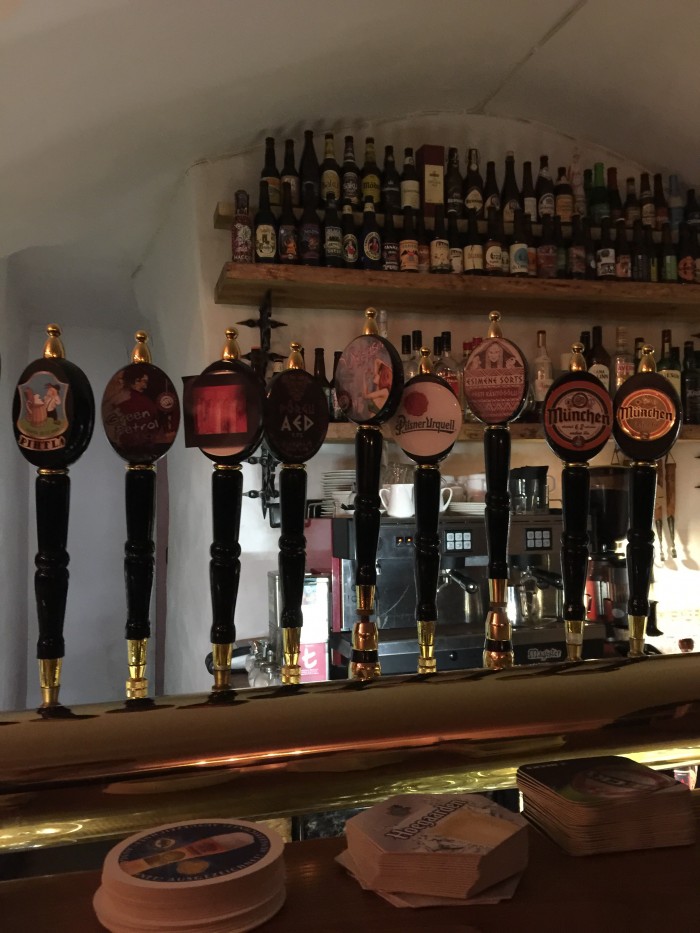 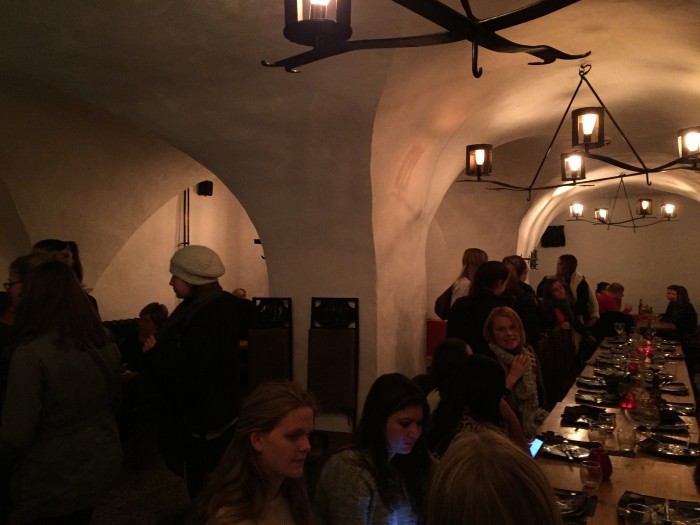 With 14 taps, plus a huge selection of bottles, many of which are from Estonian breweries, there are plenty of good beers to drink here.

Hell Hunt is a larger bar not too far from Koht in the Old Town. It’s not purely a beer bar, but it’s a nice atmosphere, and they have a solid selection of beer, including their own brews. 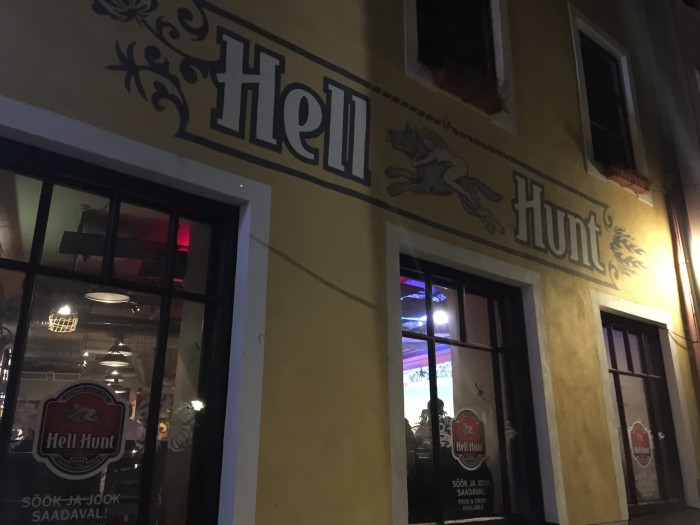 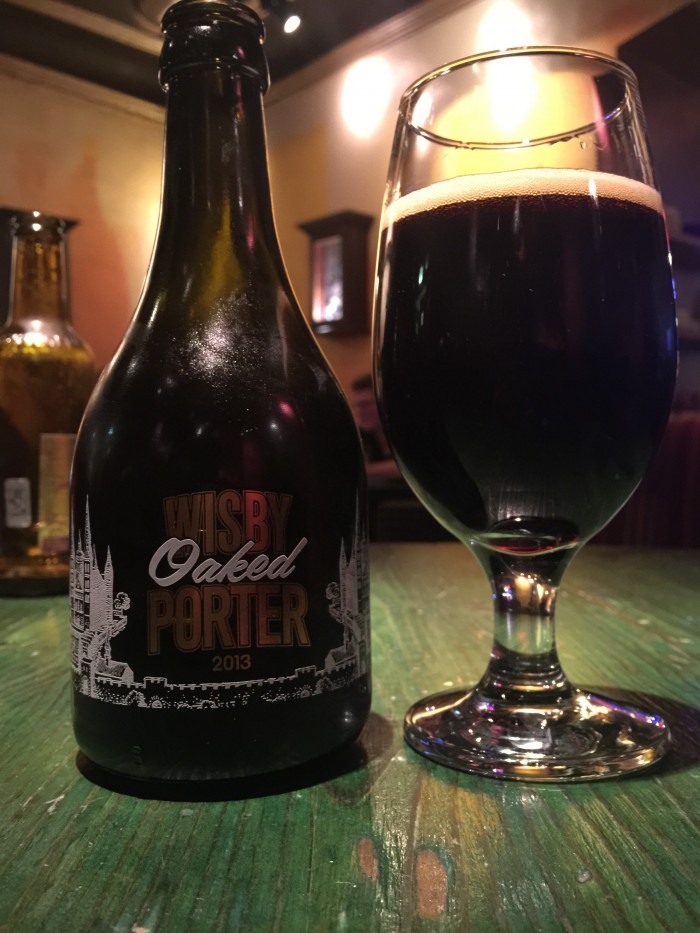 Of the 11 taps on offer, about half are from Estonia, while the bottle selection includes Estonian beers from Puls & Saku, alongside beers from other quality European breweries such as Thornbridge and Nøgne.

Hopner is a bar/restaurant specializing in local Estonian beers & quality food. They also love to play quality 70’s Rock, including Queen & Springsteen, which is worth bonus points in my book. With over 200 bottled beers on offer, including a vast array of intriguing Estonian brews, Hopner is a nice place to spend an evening. 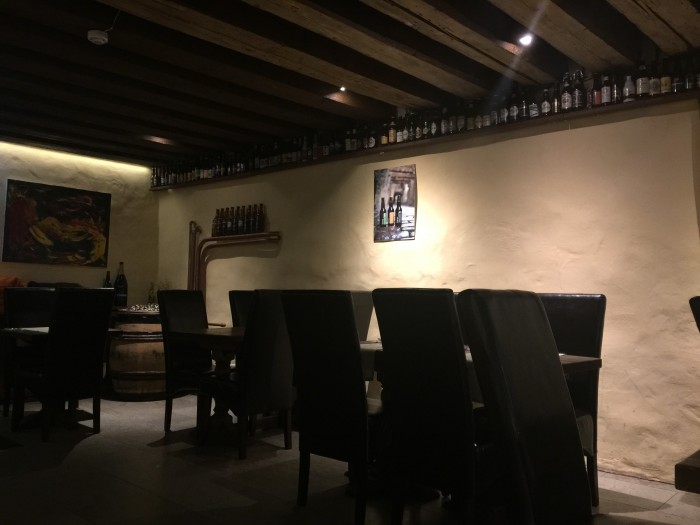 I stumbled upon Drink Bottle Shop on my final day in Tallinn, and I was glad I did. There is of course a bottle shop that has hundreds of different beers available. I bought a few bottles to take home with me, since I had enjoyed many of the Estonian beers I’d had in Tallinn. 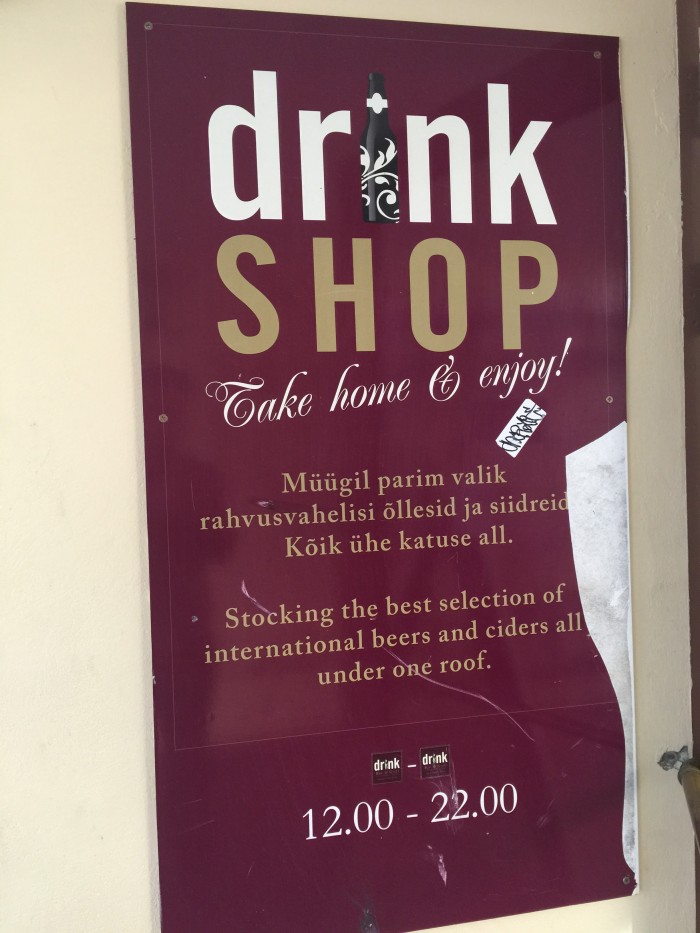 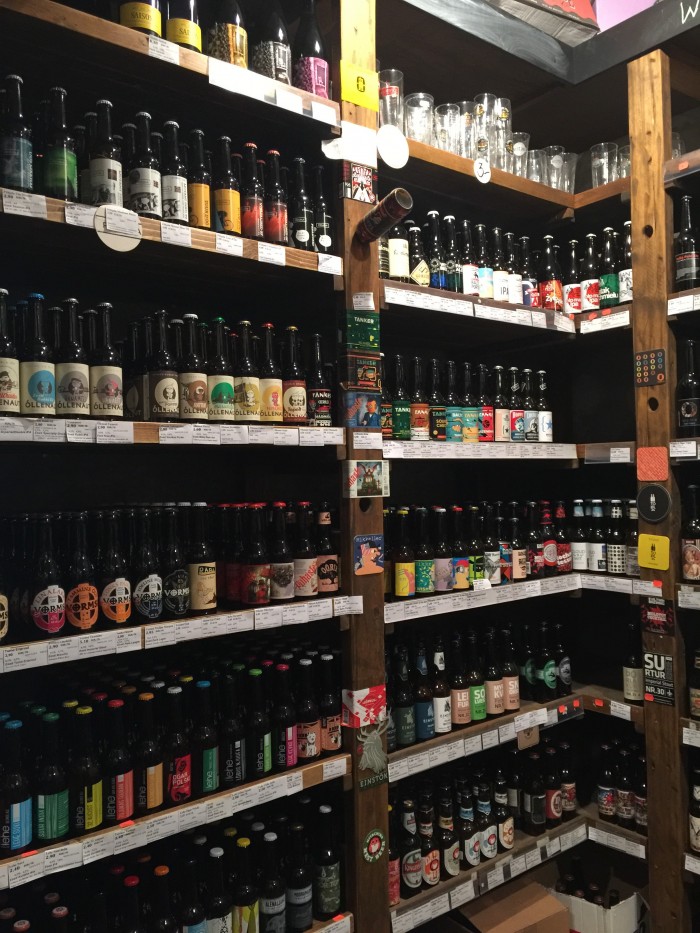 Right around the corner is Drink Bar & Grill, which also offers a large selection of craft beer from around the world, as well as tasty bar snacks. 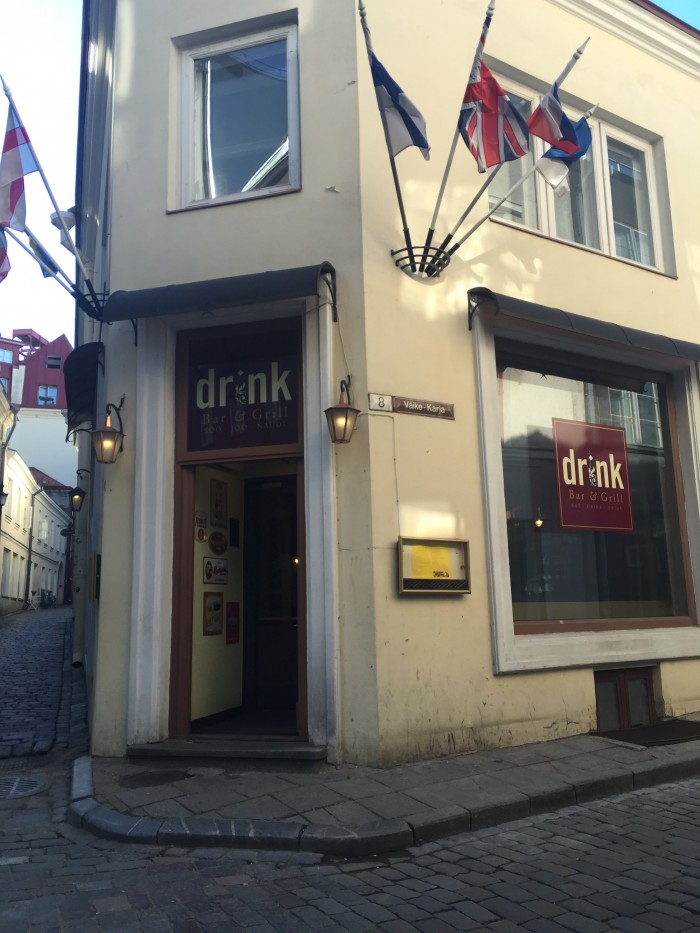 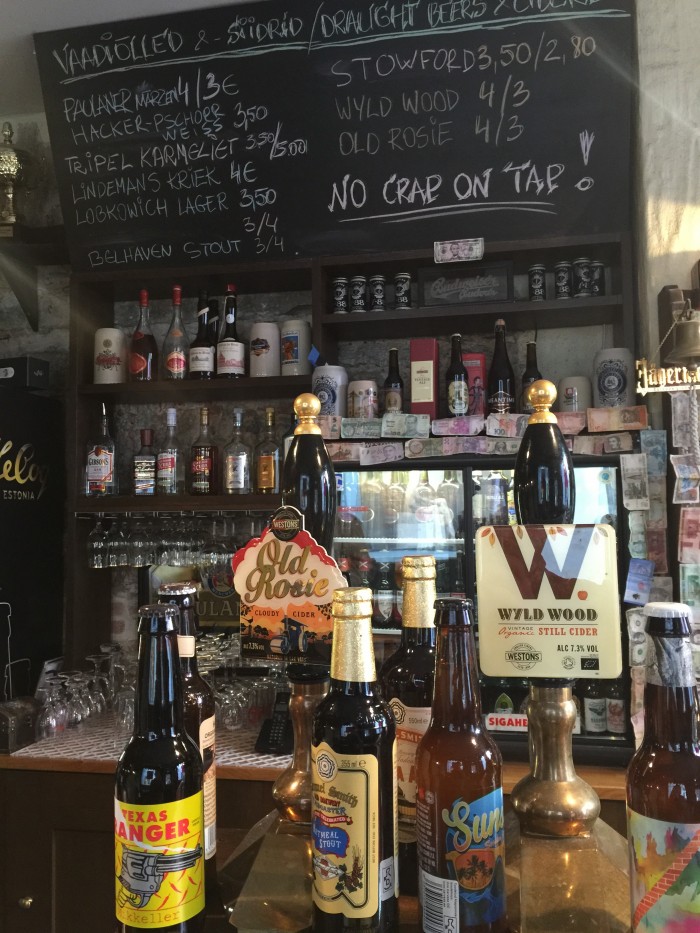 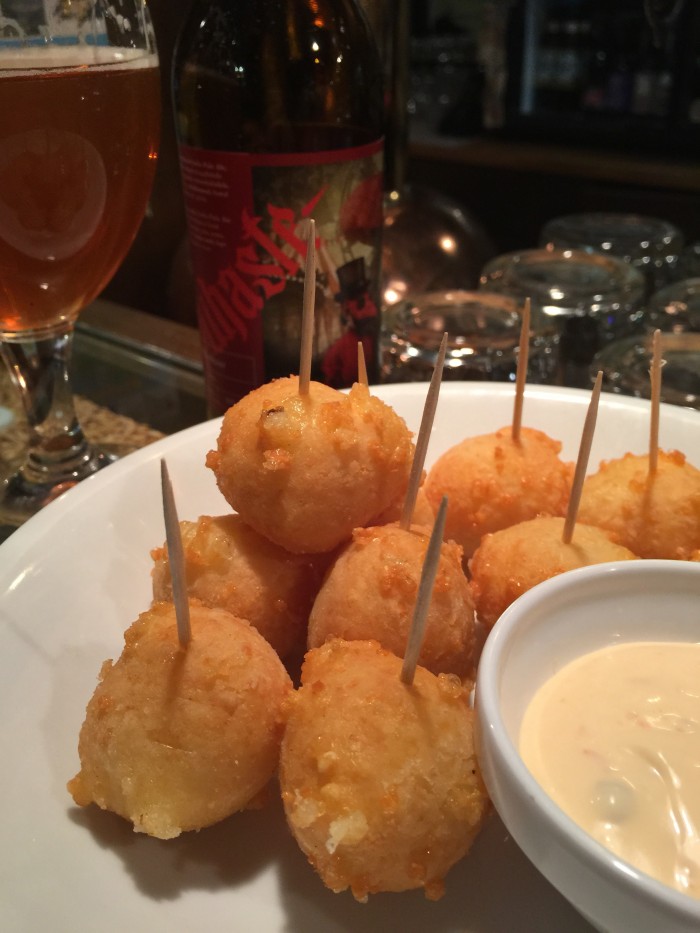 Drink is a great night out in Tallinn, with plenty of beer, and 80s-90s British music such as The Smiths & Ash playing in the bar.

I didn’t have a chance to visit Speakeasy by Põhjala when I was in Tallinn, but I wanted to give it a mention, as it looks like a cool bar. Tucked back behind Toompea Hill near the train station, it’s not in Old Town like the other bars I’ve mentioned, but it’s not too far away. The bar is run by Põhjala Brewery. During my time in Tallinn, I had several of their excellent beers, so I’ll be looking to visit their bar next time I’m back.

While Tallinn might not be a huge city, its love of nightlife & ties to the rest of Europe are making it a great off-the-radar craft beer destination. Sooner or later, you’ll start to find more Estonian beer making its way outside the country, but you can go drink some now if you’re heading to Tallinn.