Cuba is famous for its rum, but Havana is not bereft of places to get a nice, cold beer on a hot, humid day. Sure, there’s mass produced beer such as Bucanero and Cristal available, but a couple of new breweries have opened in recent years. I visited two craft beer bars in Havana: Cerveceria Antiguo Almacen de la Madera y El Tabaco and Cerveceria Fabrica Plaza Vieja.

Upon entering Cerveceria Antiguo Almacen de la Madera y El Tabaco, which is situated at the southern end of Havana Vieja along the south end of the waterfront, you’ll get a sense of potential. Opened in 2014 in a former wood & tobacco warehouse, the bar is the centerpiece of Cuba’s efforts to revitalize Havana’s harbor. 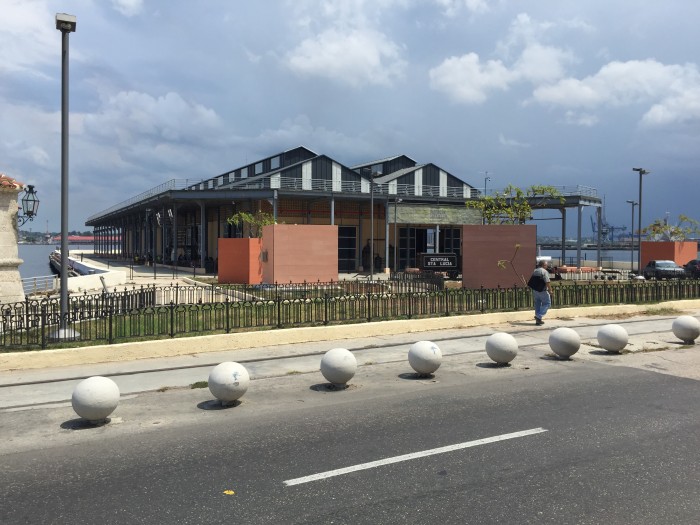 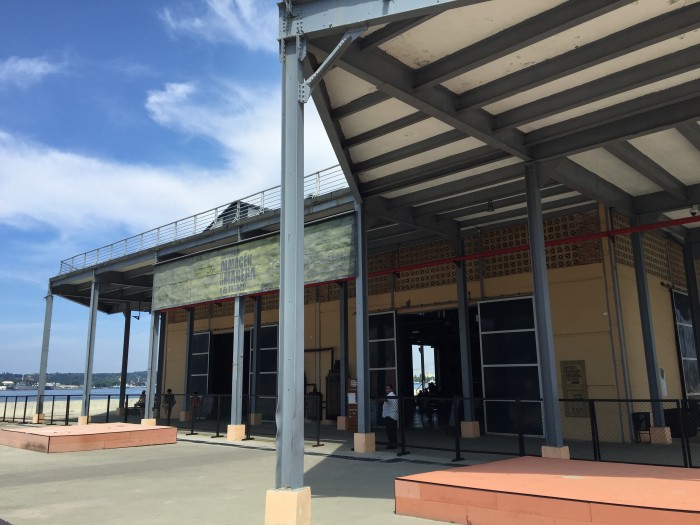 It’s a massive, hangar-like space, which you can easily see being packed with thirsty & hungry people. It’s a space that any brewery in the coastal United States would kill for. Large doors allow for nice cool breezes to waft through along with natural light. 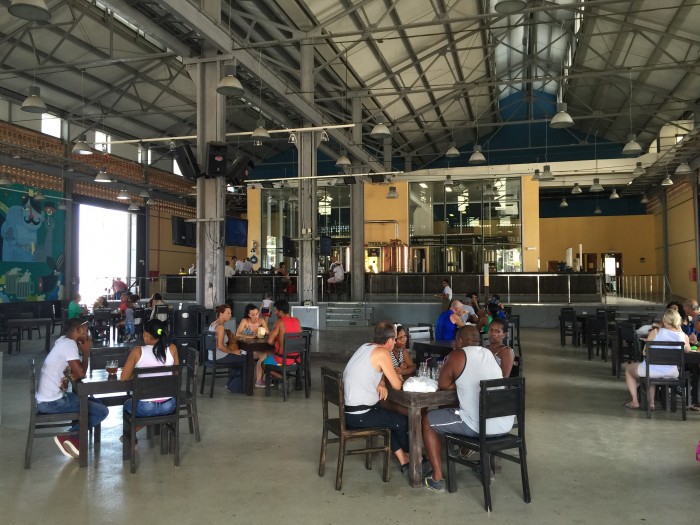 The back of the building houses their brewery, while the front half has a large, elevated bar, stage area for live music, and food stand with a grill. This place has it all. It was fairly busy on the weekday afternoon I spent there, but I could see it becoming packed on weekends, especially as word gets out. Unlike most other bars & restaurants I visited in Cuba, there was a good mix of locals in addition to some tourists. 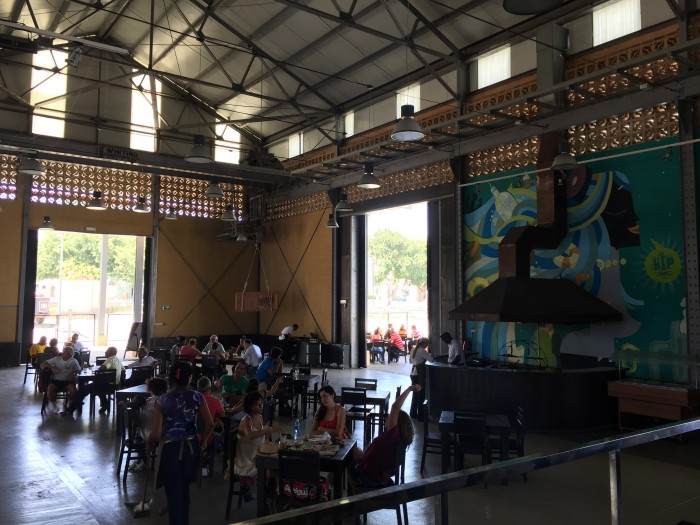 Oh yeah, the beer. While Cerveceria Antiguo Almacen de la Madera y El Tabaco may currently only brew three Austrian-style beers, they’re decent enough. I tried all three (Blond, Marron, and Negra). The Blond was my favorite. They’re served in jarras, which are just individual glasses, plus huge towers called dispenses. The center has an ice-filled tube to keep the beer cold. Jarras are $2 CUC, while dispenses are $12 CUC. 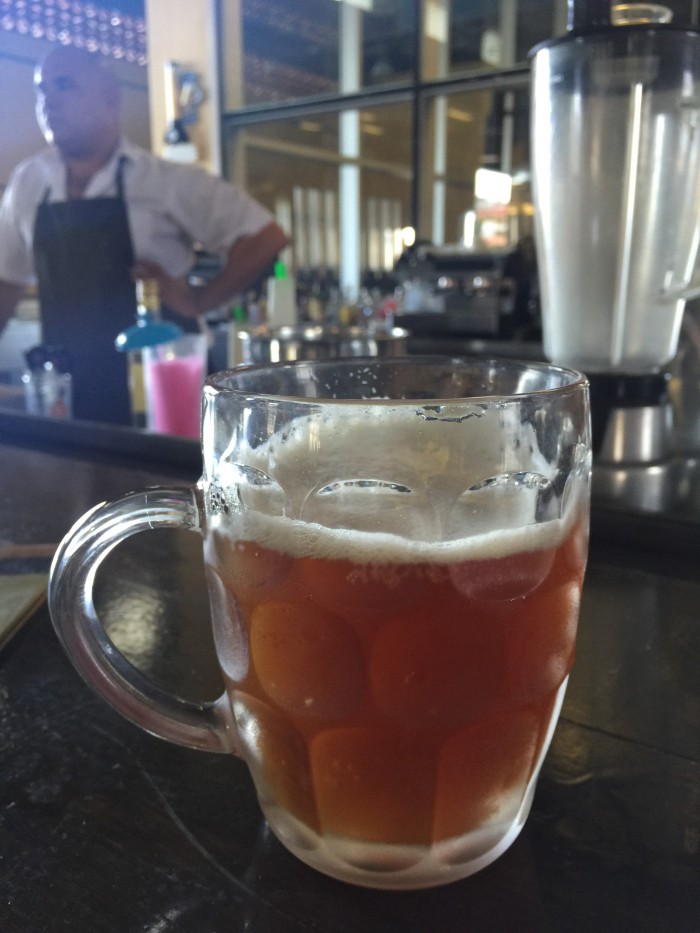 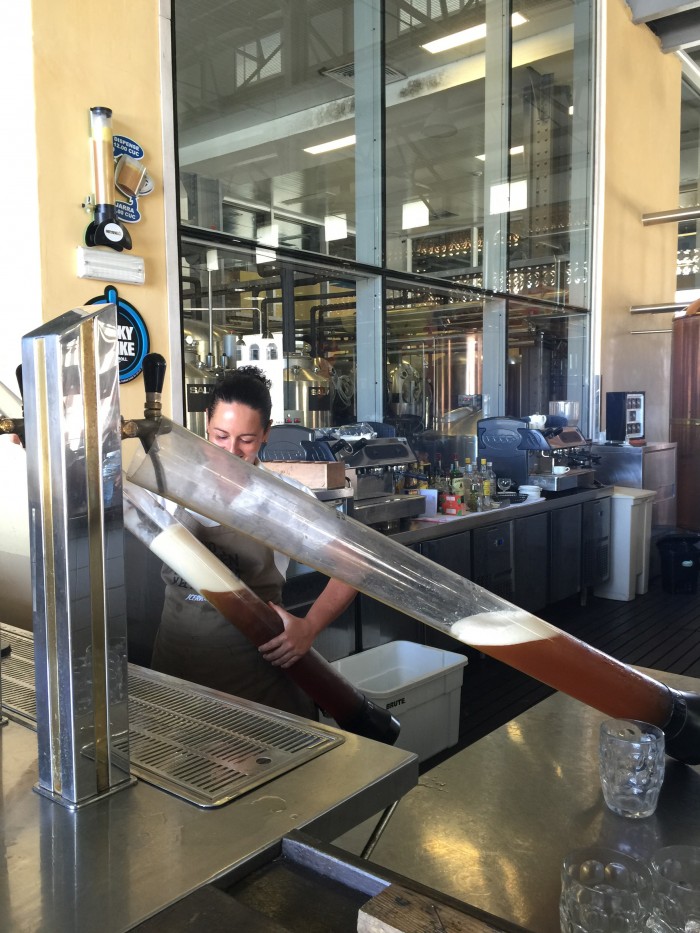 Much like the rest of Havana, you get a sense of potential for the future. I’d love to see Cerveceria Antiguo Almacen de la Madera y El Tabaco continue to brew & improve on their dark beers, even if their tropical climate might not make them an obvious choice. Imagine a dark beer that is then aged in rum barrels. They’d have access to unique Cuban barrels that no other brewer would have. Personally, I’d love a nice beer that has been aged in a Havana Club barrel. As their expertise grows, I’d be surprised if this didn’t happen. On the lighter spectrum, tropical fruits would also make for some intriguing beers you couldn’t find anywhere else. A mango blonde? Sounds lovely on a hot, humid Havana afternoon.

Plaza Vieja is a large town square in the southern part of Havana Vieja. On one corner of the square sits Cerveceria Fabrica Plaza Vieja. With a large patio spilling out into the square, it’s a lively atmosphere. A corner of the patio is set up for live music. Inside there is more seating, with a large bar as well. 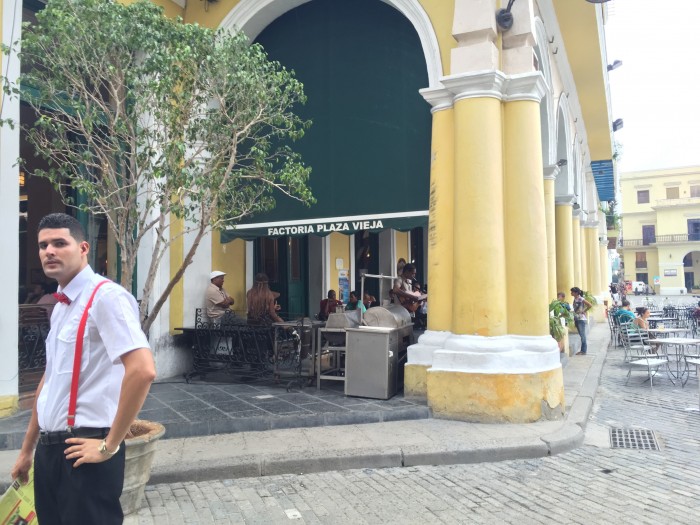 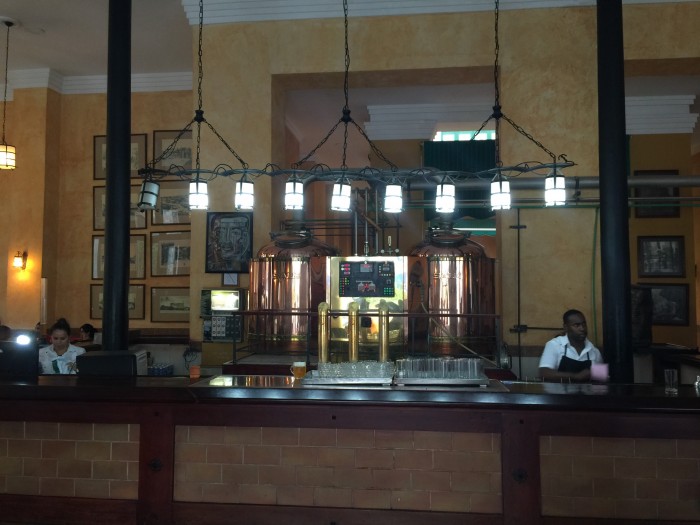 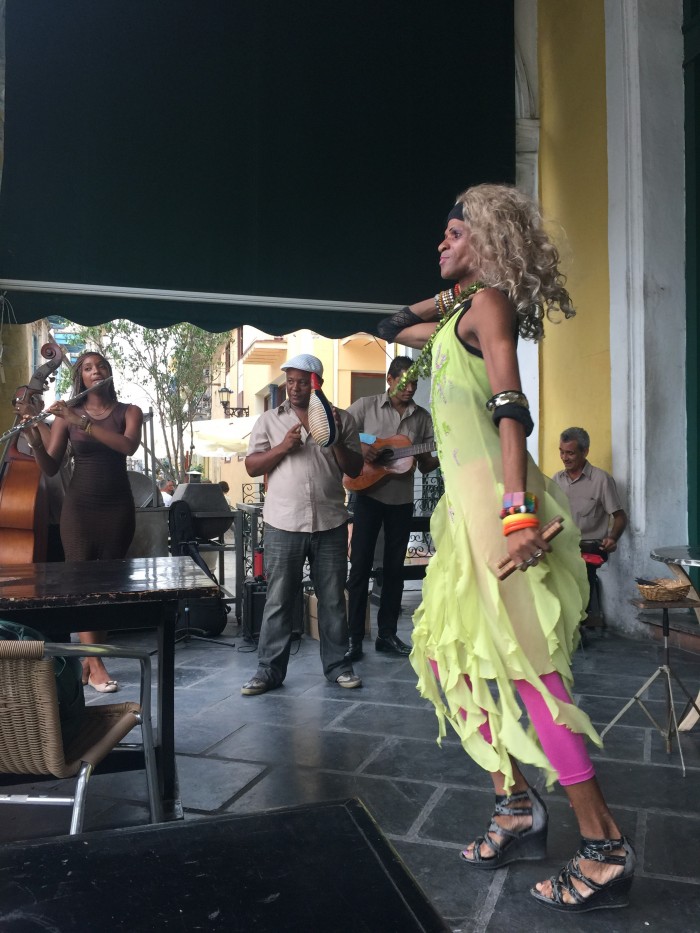 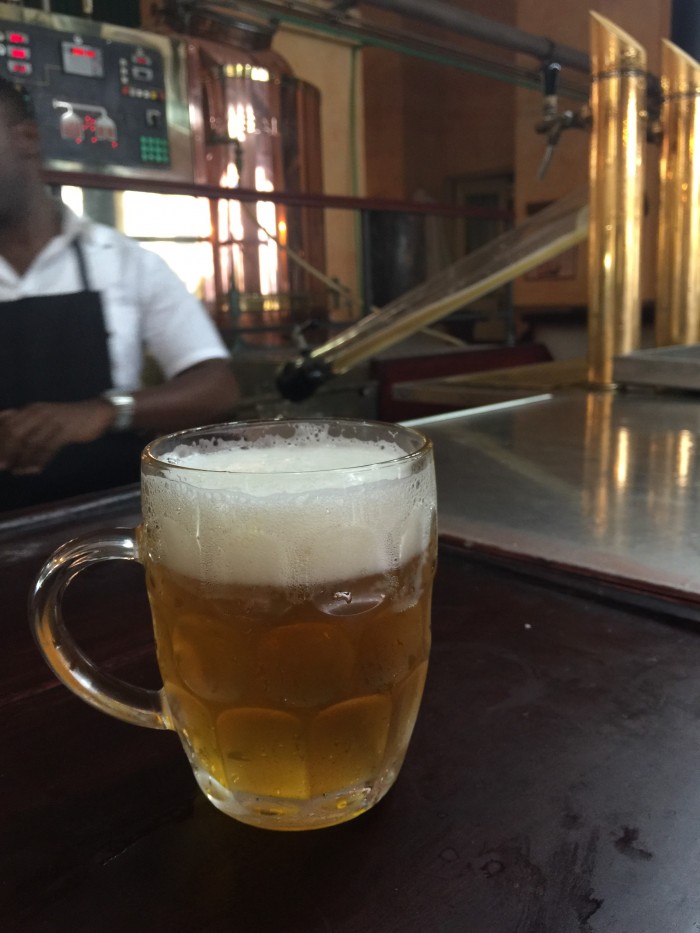 Much like the previously mentioned brewery, there are only a few beers on offer. There’s Clara, Oscura, and Negra. The Oscura was my favorite of the bunch. None of them amazing (or honestly even all that good – though they’re better than the mass-produced Cuban beers), but again, that’s not the point. You’re here to sit outside in the fresh air while drinking a beer and listening to some live music. Both bars serve other drinks as well, so once you’ve sampled the beer, you can always move on to rum if you’d prefer.

While the quality of the beer in Cuba may not come anywhere near that of the United States, it’s still nice to see small breweries popping up. Remember that the American craft beer scene has had several decades to expand and inspire new waves of brewers. Given the popularity of Cerveceria Antiguo Almacen de la Madera y El Tabaco and Fabrica Cerveceria Plaza Vieja, expect to see the Havana craft beer scene grow as relations between the United States & Cuba get warmer, and more and more people get the ability to make creative beers themselves.