In July, I spent five nights in Gothenburg at the Clarion Collection Hotel Odin. Thanks to booking with Choice Privileges Points from Choice Hotels, I ended up getting a fantastic deal on a huge deluxe room. Had I paid cash for a regular room, the rate would have been $200 per night ($1000 total), and the deluxe room would have been even more, at $1231 even with prepay.

However, I was able to stay at the Hotel Odin in Gothenburg for just 50,000 points total, which I had purchased for just $215 during the annual Daily Getaways promotion, which took the cost down to around just $43 per night! That’s a phenomenal deal for a nice hotel during prime tourist season in Sweden.

The Clarion Collection Hotel Odin is located near the train station in Gothenburg. While the hotel is on the eastern edge of the city center, the walk to the main areas is not bad, plus you can get around by public transportation. It’s not as convenient as some of the more central hotels, but the cost savings is more than worth it. 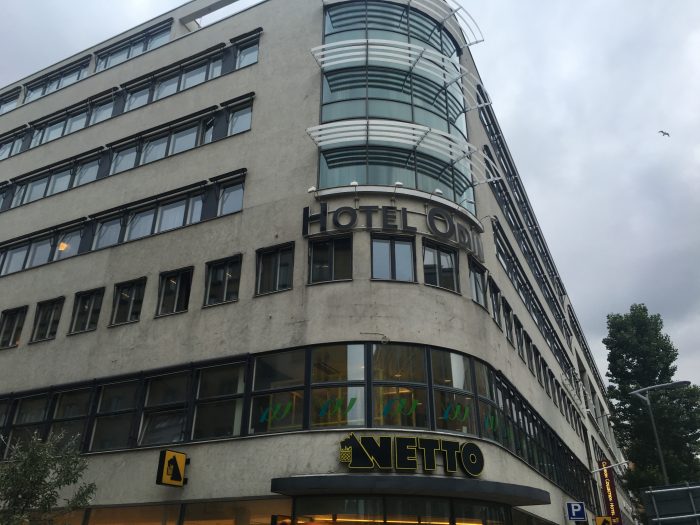 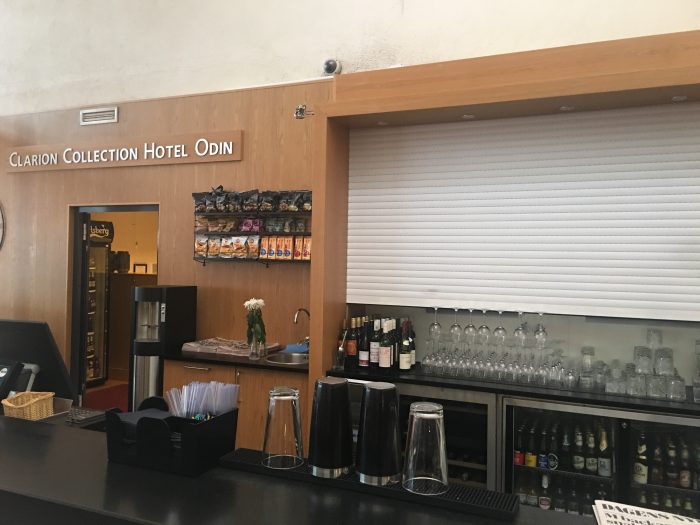 My room was room 701, on the top floor of the hotel. On the same floor, there is a roof terrace that is open in the evenings that looks out over Gothenburg. 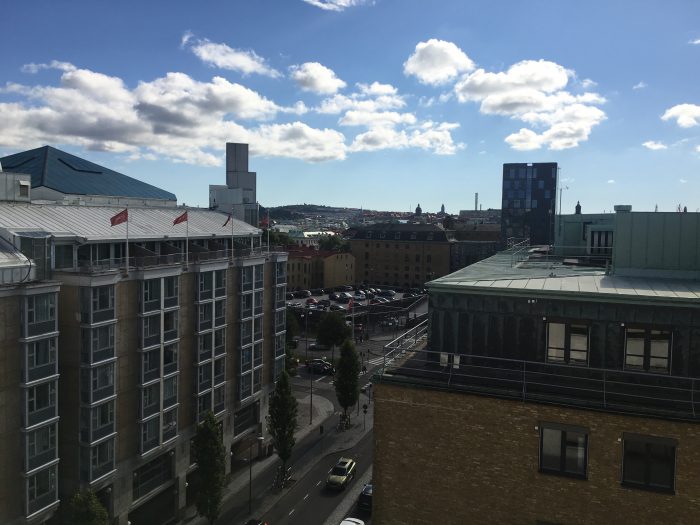 My room was an interior room overlooking the hotel atrium. Given the amount of sunlight that Sweden receives during July, I actually didn’t mind not having sunlight pouring in. The curtains weren’t quite blackout curtains, buit they were good enough. There wasn’t air conditioning, but there was a fan. It doesn’t get too hot in Gothenburg anyway, so you should be fine. 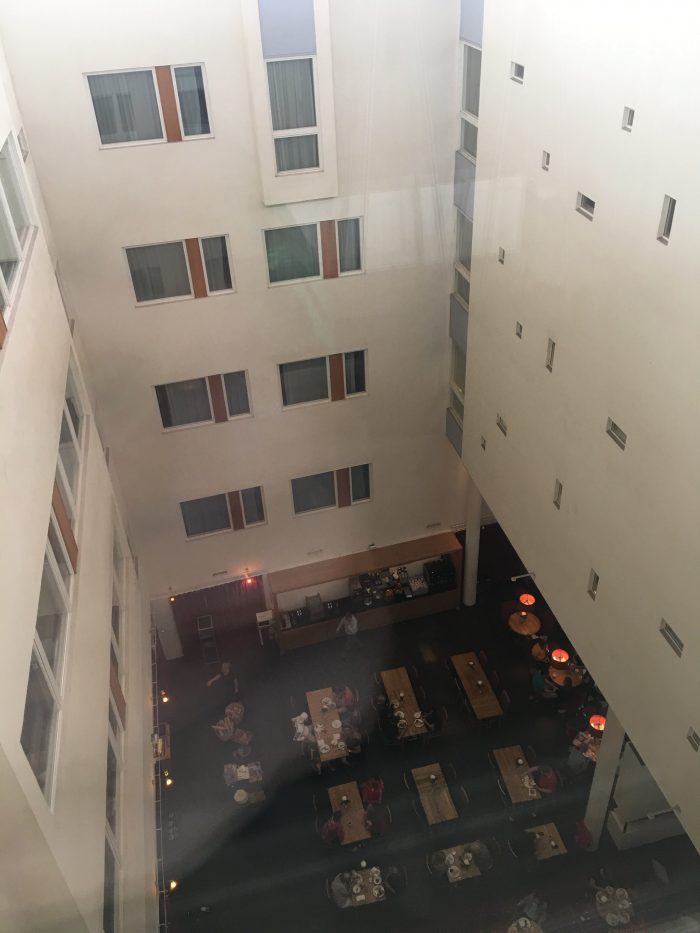 The deluxe room was larger & nicer than my apartment back home. It had a huge kitchen which is great if you want to make your own meals. There is even a supermarket on the ground floor of the building. However, the hotel offers both a massive free breakfast PLUS a free nightly dinner (though I never had the dinner), so I don’t know how much most people will cook. 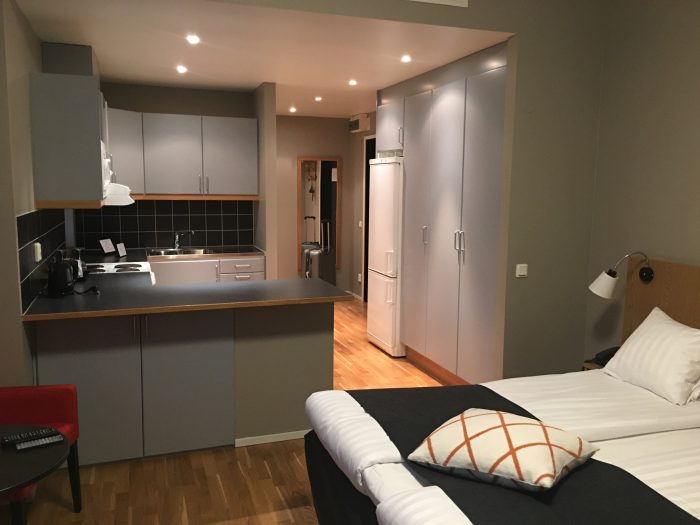 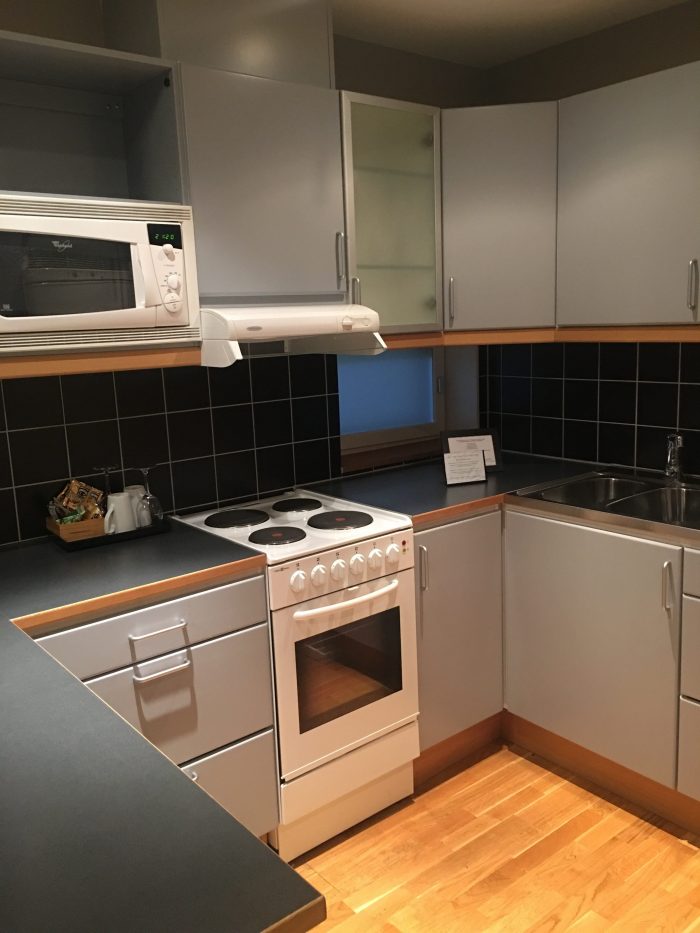 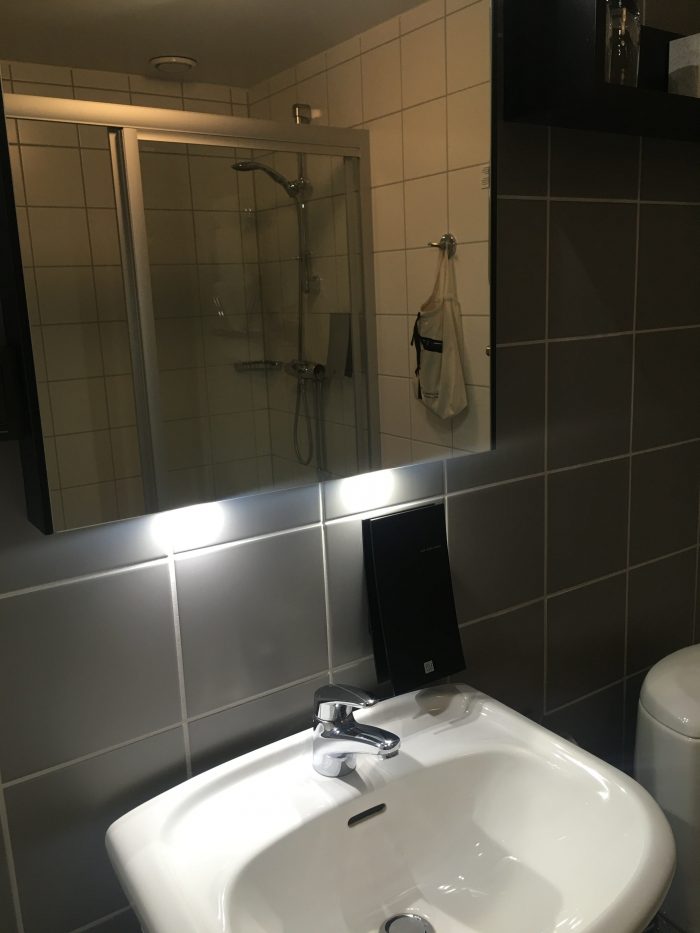 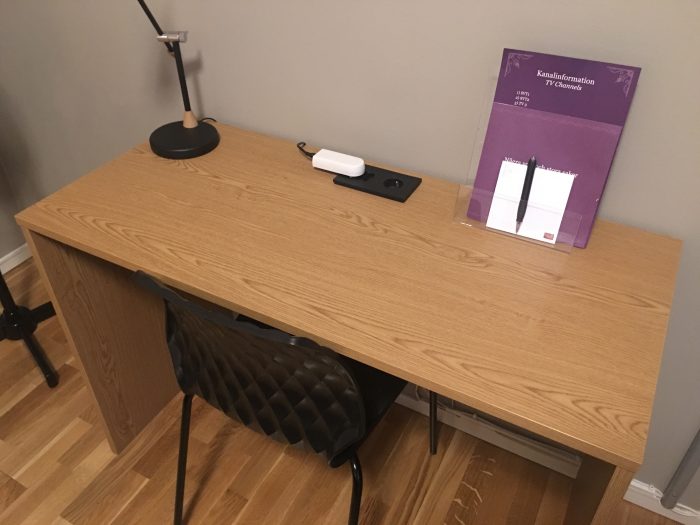 Let’s get to the breakfast. When I traveled to Copenhagen the previous year, I had been blown away by the massive breakfast there. While the hotel I stayed in was also part of Choice Hotels, I had assumed that level of breakfast was only at that hotel. Instead, I learned that all Choice Hotels in Scandinavia have awesome breakfasts. I’ll let the photos speak for themselves, but the Hotel Odin breakfast had a feast of carbohydrates including Swedish pancakes, breads, and more, plus there were eggs, meats, fruit, and anything else you could possibly want. 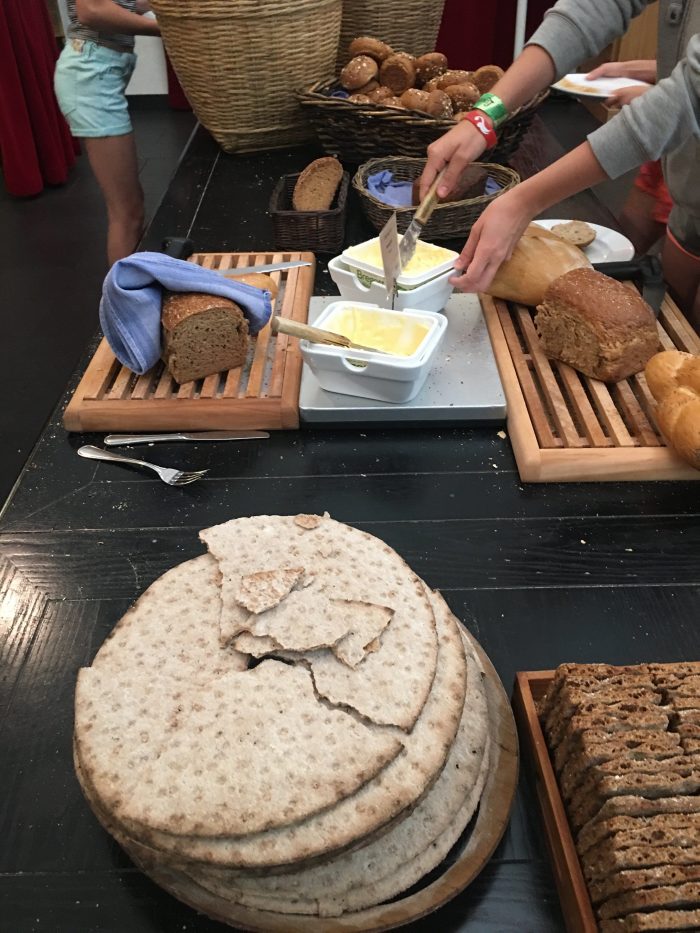 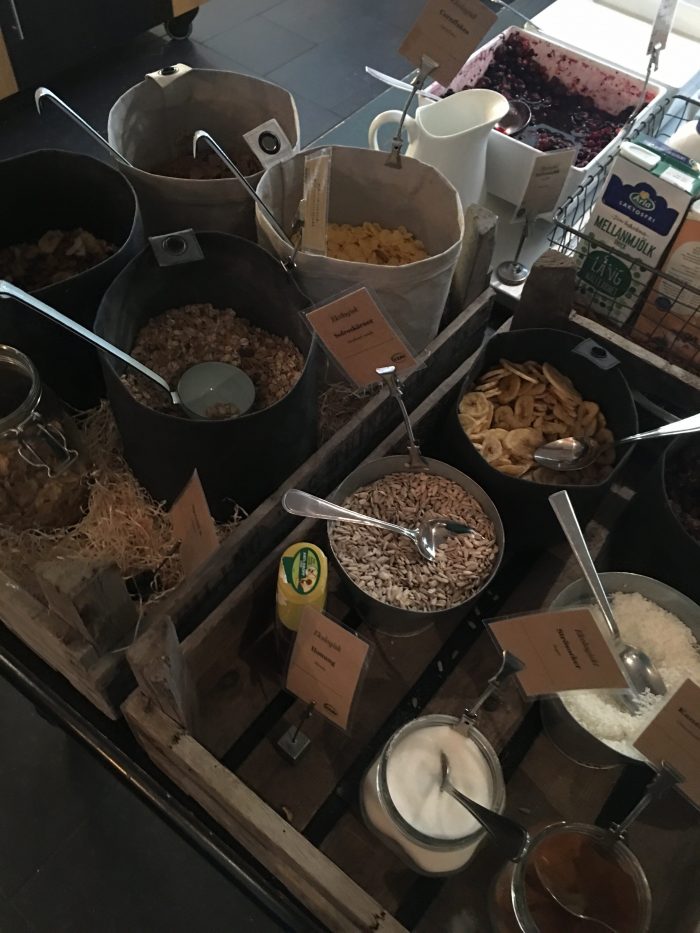 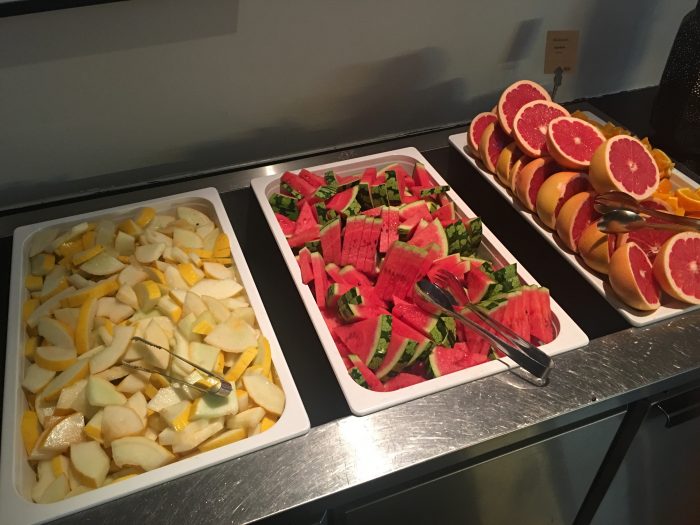 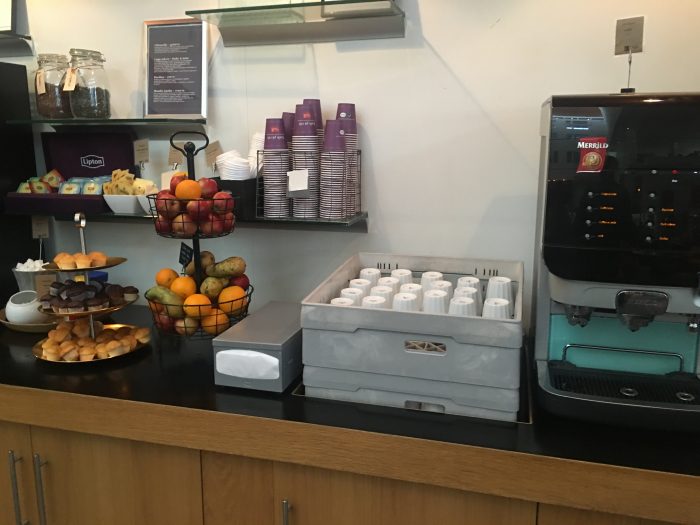 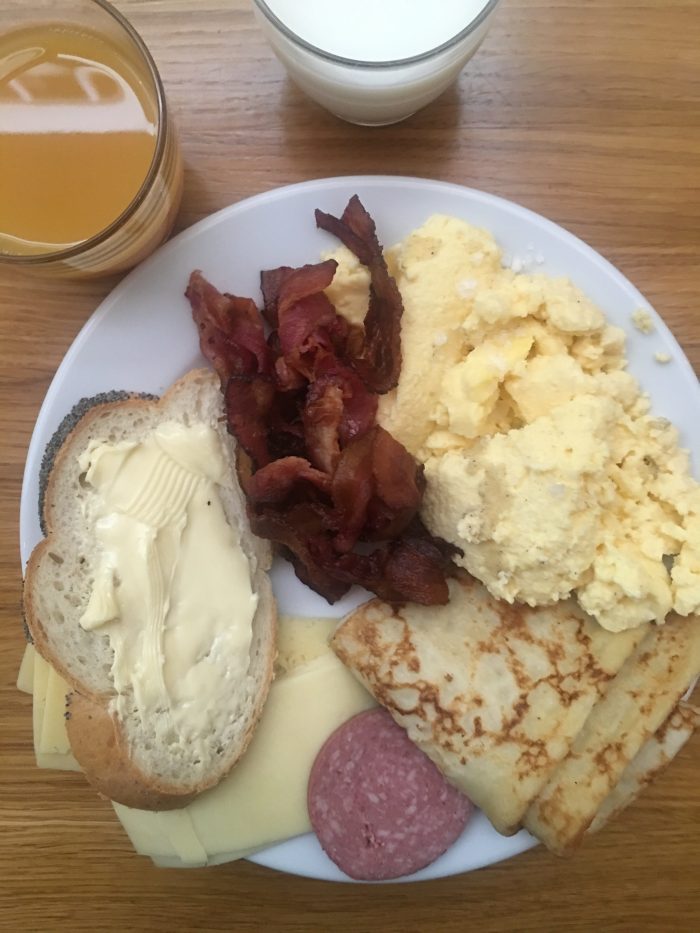 Aside from the hotel being filled with teenaged handball players who were in Gothenburg for a tournament, my stay at the Clarion Collection Hotel Odin in Gothenburg was great. It helped that I got a great deal on it, of course. Given that you can purchase Choice Hotel points either directly or indirectly, if you want to stay at the hotel, you may want to look into acquiring some points to get a great deal yourself.