Over the last few months, Portland International Airport has become the best airport in the United States for using Priority Pass. Priority Pass members can visit several different locations at PDX for free. While waiting for a flight one afternoon, I visited 3 different places that take Priority Pass at PDX. The first of these was Capers Cafe Le Bar. 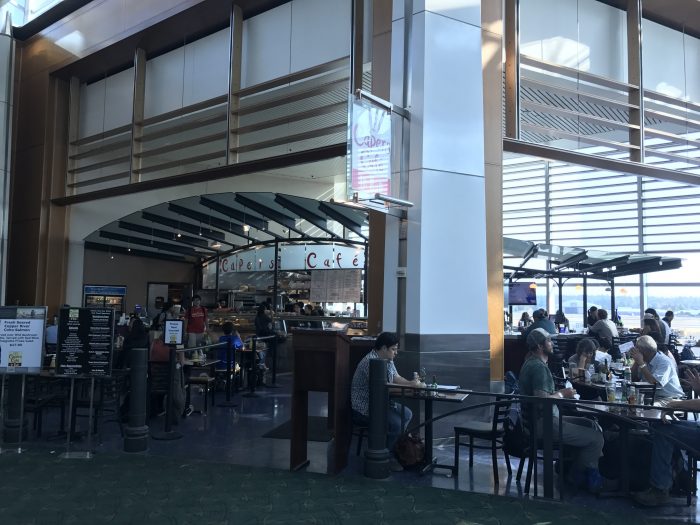 Capers Cafe Le Bar is located just past security at Concourse C. The restaurant is a combination of grab-and-go items as well as a bar, plus a wine bar. Priority Pass members get $28 in credit, either for sitting in or to go.

The grab-and-go section has a selection of sandwiches, salads, and baked goods. There is some seating available. 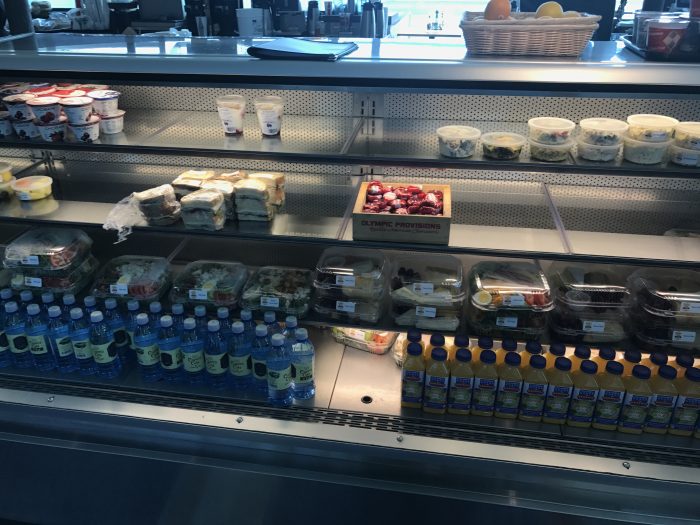 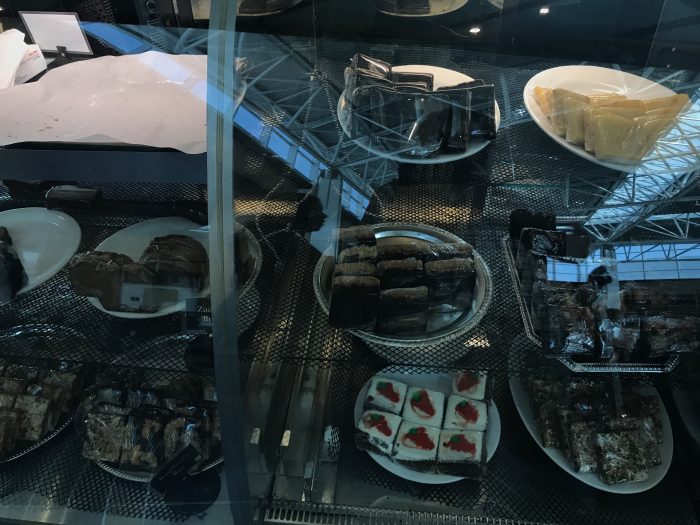 Since I had plenty of time, I opted to sit at the bar. There’s a full food menu available, plus a solid wine selection. 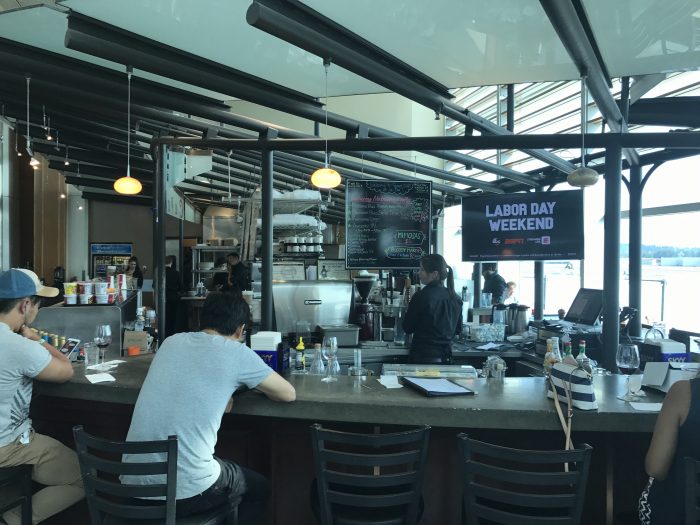 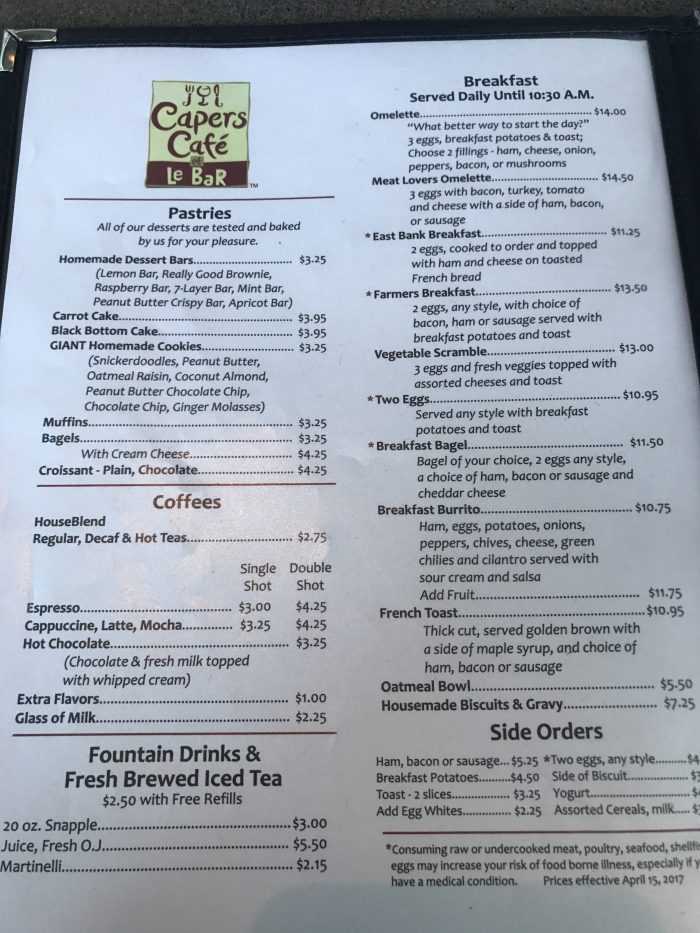 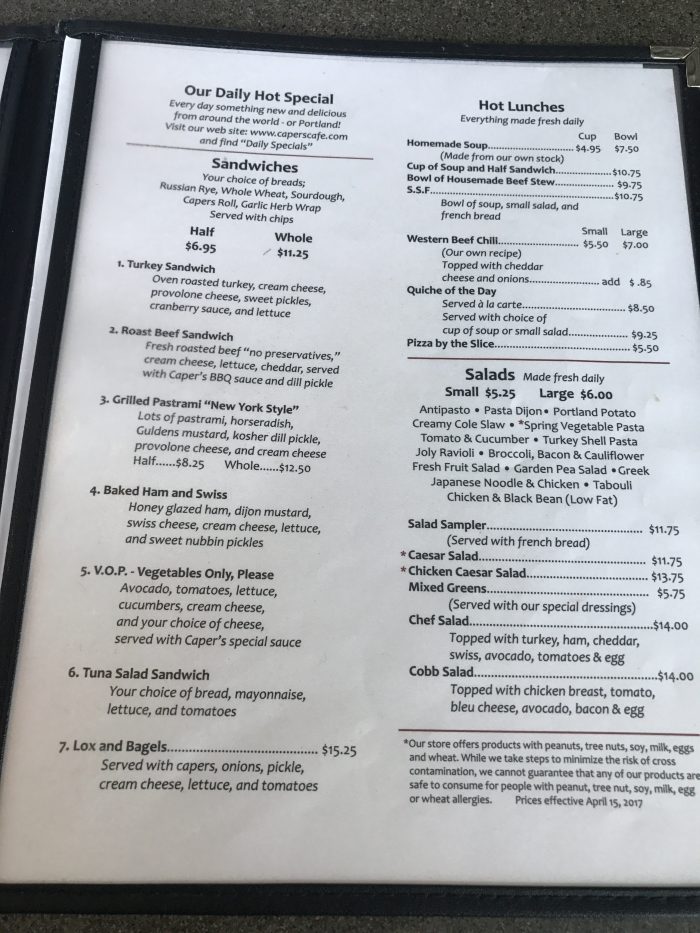 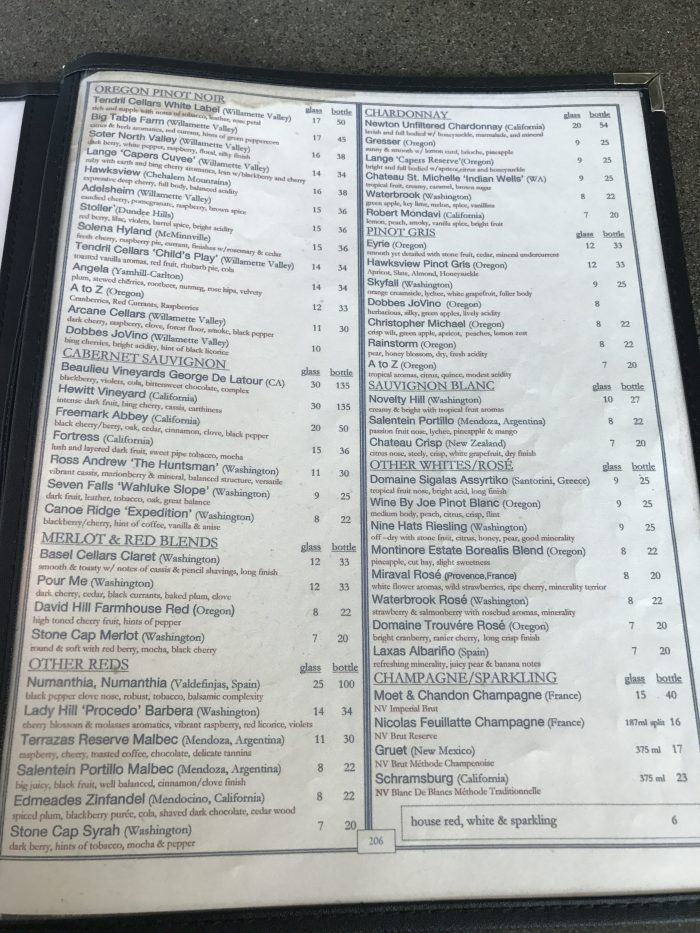 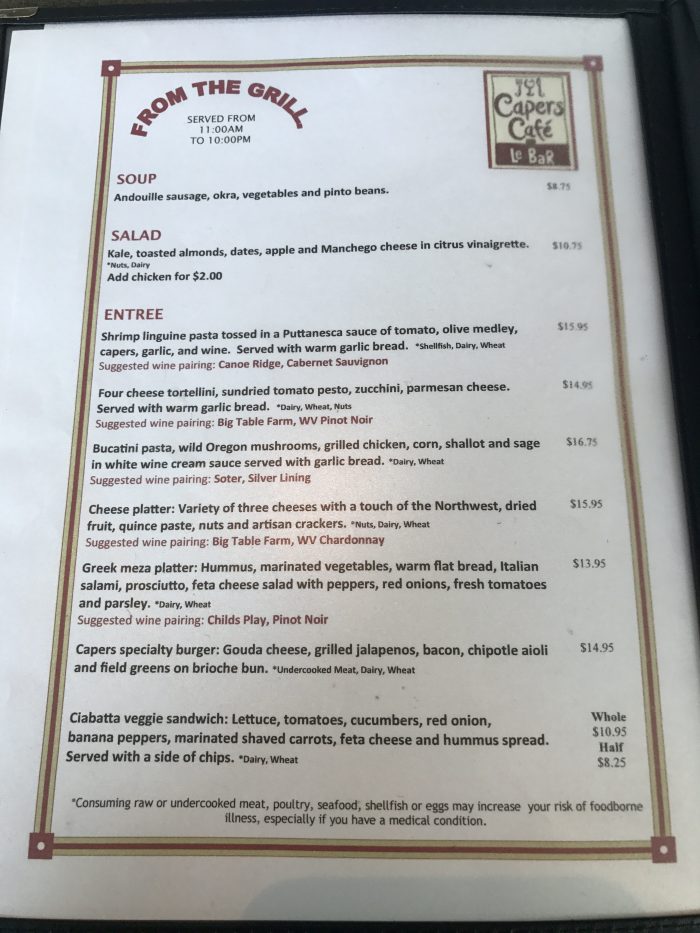 I had a cheese platter and a beer. The cheese was decent, and the bread was good, though the Premium crackers were a shoddy offering. 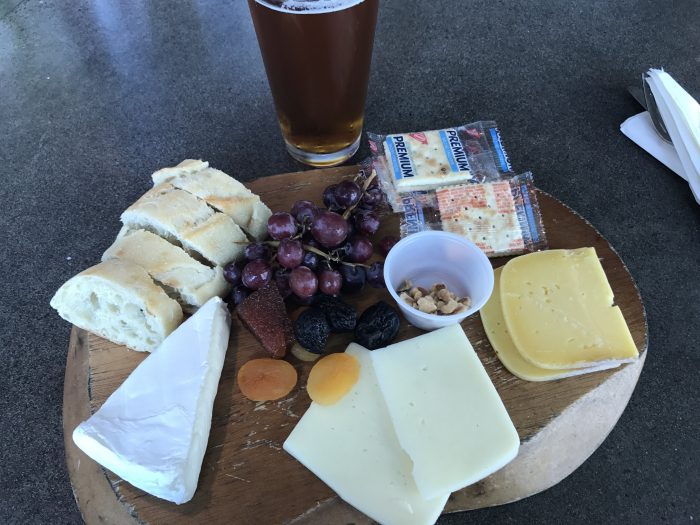 After this, I still hadn’t reached $28, so I had dessert. Then, since I was still short, I got a cookie to go. My total tab came to $28.20. This was intentional. I realized after I sat down that I had zero cash on me, and thus no way to tip. With a bill of $0.20, I could then leave a tip on my credit card for everything.

If you do sit at the bar at Capers Cafe Le Bar, please be sure to tip your servers. You can debate the tipping culture in the U.S. all you want, but the fact is, if you go to a place like this, get your free food & drink, and then leave without tipping the staff, you’re a piece of garbage. If you don’t want to tip, fine, but then have the decency to get your food to go. Otherwise, the staff are bound to complain about Priority Pass members, which will lead to worse service for everyone. Capers Cafe Le Bar is a great addition to Priority Pass, so let’s not take it for granted.

Priority Pass has been showing some creativity lately in their partnerships. Instead of only partnering with airline lounges, they are adding more restaurants such as Capers Cafe Le Bar at PDX. While it might not have the privacy or workspace of a lounge, I actually prefer being able to go a place like this since the food selection is much better than that of a lounge, as is the drink selection. I still had some time to kill before my flight, so I had plenty of time to visit two more Priority Pass locations at PDX: Capers Market & House Spirits Distillery.