With my short time in London wrapping up, I walked from my hotel to London Heathrow’s T5. After checking in, I headed straight for the British Airways South Galleries Club Lounge.

The lounge is located on the higher floors of Heathrow’s spacious Terminal 5, one of the nicest airport terminals I have visited. There is one at each end of the terminal, one north and one south. 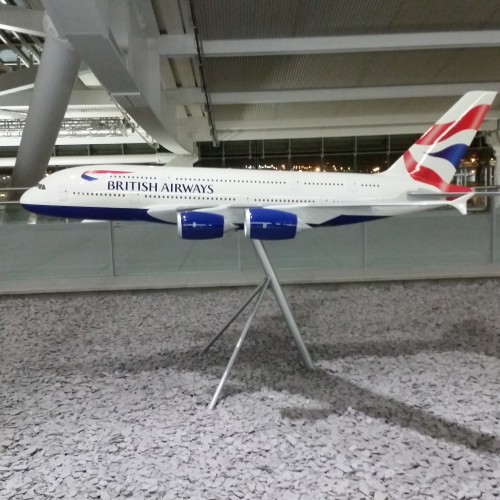 I went up the escalators, past the odd horse lamp, and into the lounge, which I was able to access because I was flying Club Europe (business class) to Madrid. 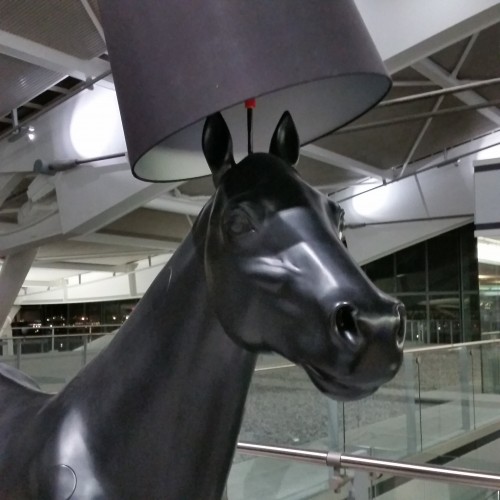 The British Airways Galleries Club lounges are open from 5:00 – 22:30 and are available to passengers who fit any of the following categories:

Much like the terminal itself, the BA Galleries Club lounge at Heathrow has plenty of space. I will note that I had a 6:00am flight, so I can’t speak to how crowded it gets later in the day, but at that time of the morning it was possible to sit in a variety of areas with nobody nearby at all. The lounge has a wide array of places to sit ranging from work areas to comfortable chairs & sofas, plus several TV areas that give visitors a few different viewing options as they unwind before a flight. There are plenty of outlets available for charging electronic devices. 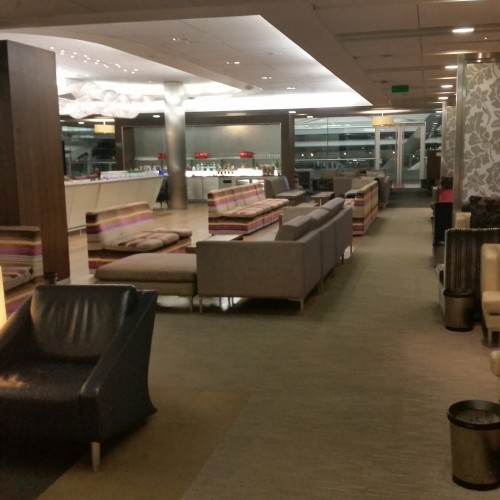 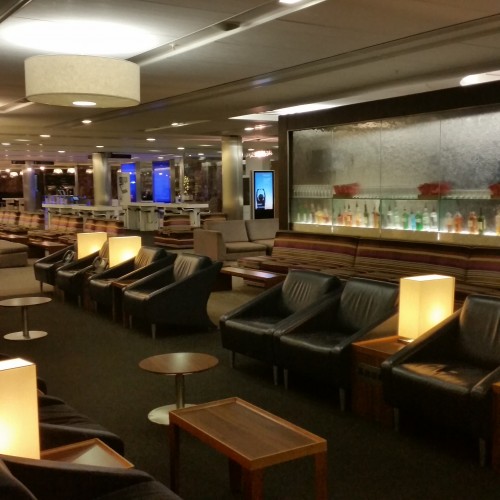 Having not had breakfast, my primary interest was the food.

Bacon rolls are one of the least fancy foods on Earth, but in this case they were perfect. I imagine that some people would complain that egg & cheese & bacon sandwiches were the only hot food around at that time of day, but I ate 3 or 4 of them. 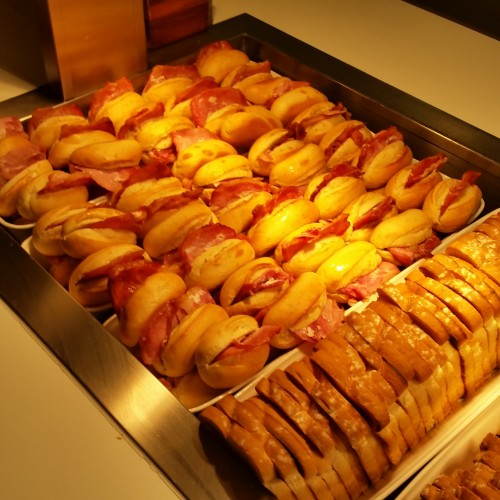 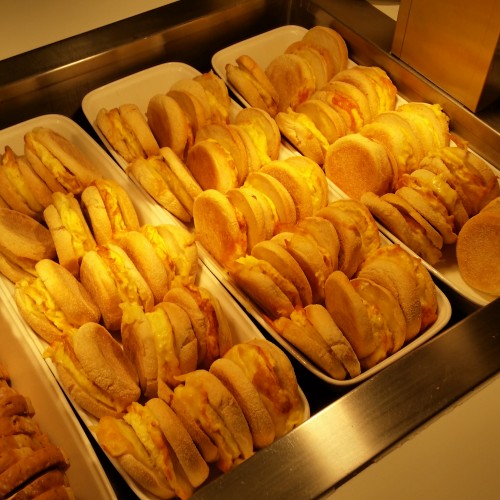 The Club lounge is also an excellent place to stay hydrated. Between juice stations, soft drink & water stations, the wine area, and the full bars, you will not go thirsty in this lounge. 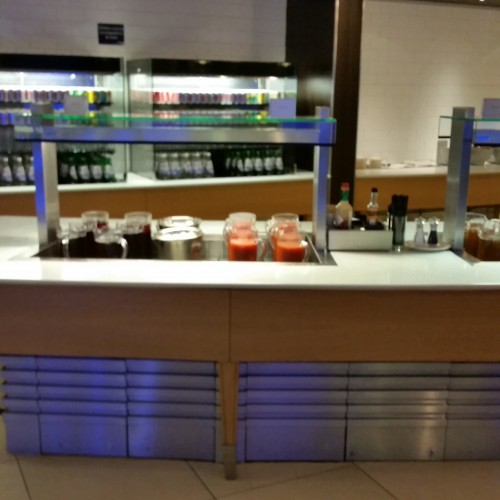 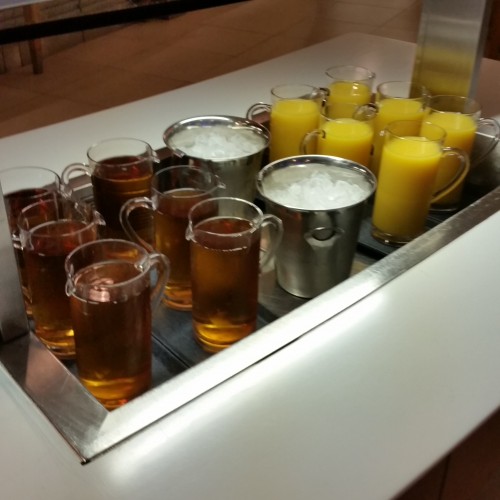 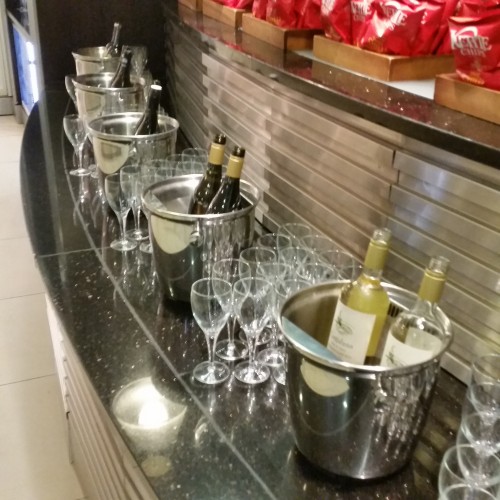 Since it was so early in the morning, I had arrived at the airport as close as possible to my departure time. As such, I didn’t have a lot of time in the British Airways lounge at Heathrow, so after I ate, I headed for my flight to Madrid. It was only the beginning of a very long day.