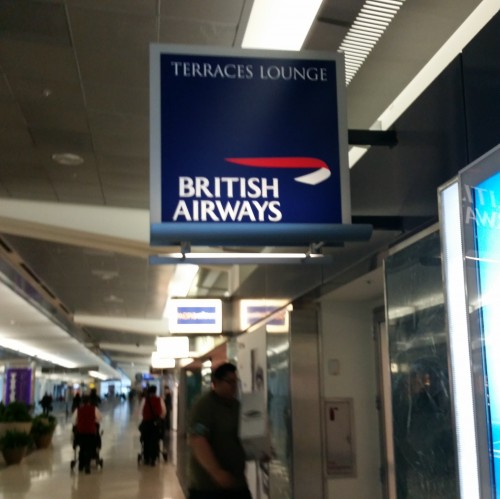 After my Global Entry interview, it was time to begin my journey from San Francisco. I checked in, went through security, and then headed for the SFO British Airways Terraces lounge. I was there so early that the early SFO-LHR BA flight had only just boarded. 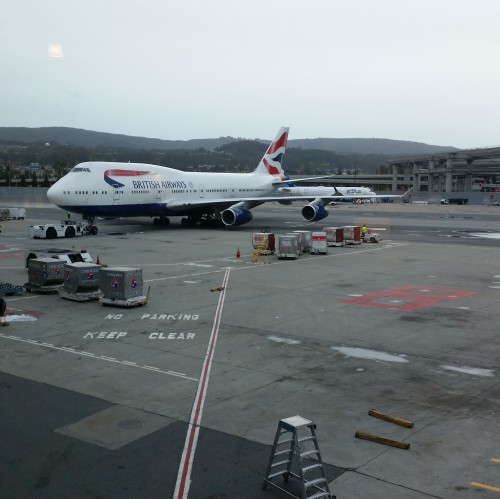 The woman at the front desk apologized for the lounge still being in transition, but all it meant was that some food & drinks needed to be refreshed. I was the one who was there about 4 hours early, so I felt bad for being in the way during what is normally down time for the staff of the BA SFO Lounge.

Despite my early presence, the woman was very friendly and helpful, giving me a full tour of the lounge. There is a separate first class seating area. 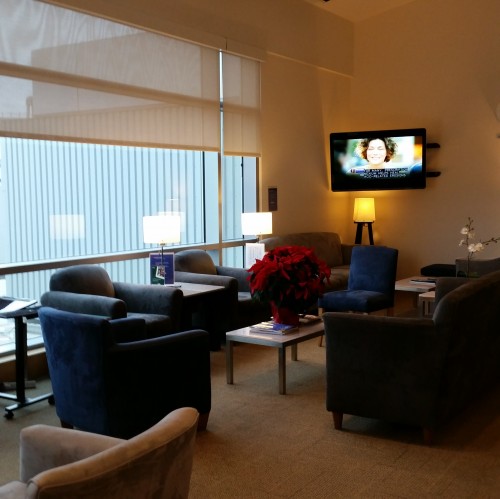 While I explored the main lounge as well, the only difference I could spot was that the first class lounge was smaller and quieter. The main lounge ended up being rather busy right before the flight. All of the food and beverage options appeared to be the same in both. 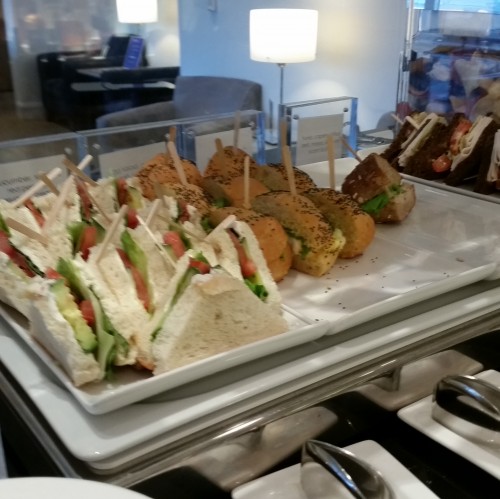 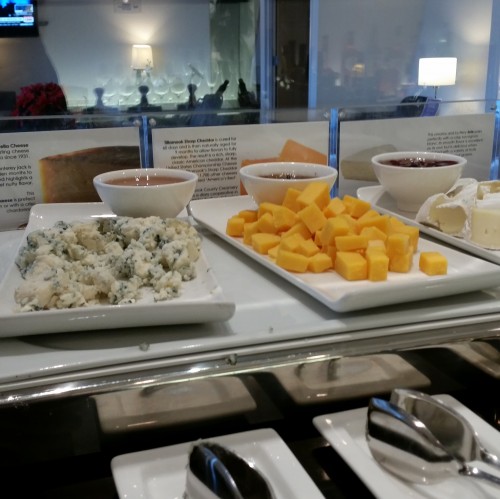 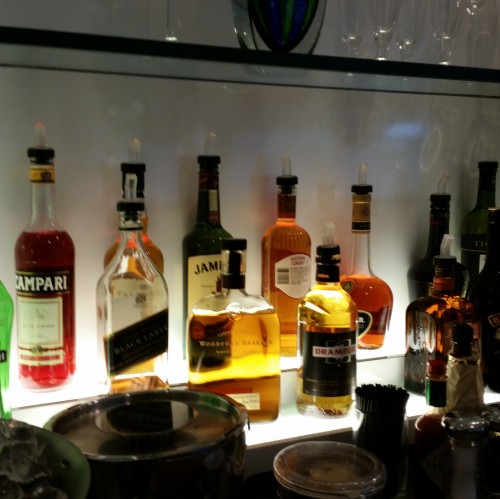 There was a basic bar with a rather poor selection of beer (only Bass, Heineken, and Coors Light, though they at least had local SFO Anchor Steam), some ok liquors, and Nicolas Feuillatte Brut Reserve champagne. I had a glass of that to celebrate the beginning of my trip. 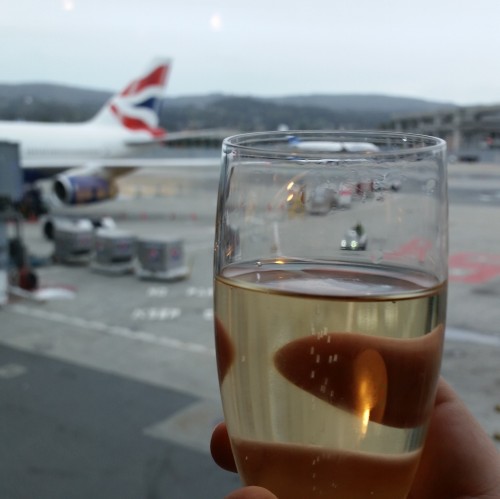 For non-drinkers, there was refreshing ginger mint agua fresca. 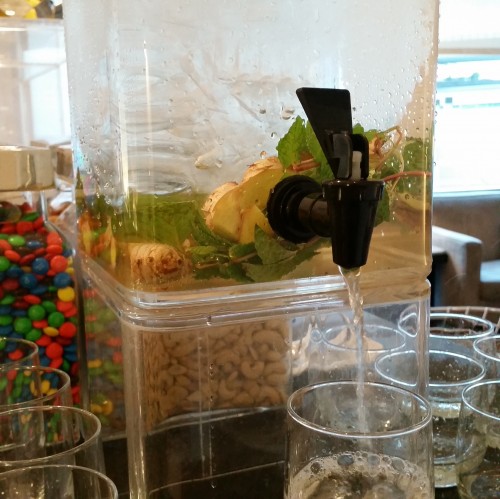 As far as the food selection goes, there were cold appetizers, veggies, sandwiches, soup, and some cookies.

I didn’t want to fill up too much, but I was going to be there for a while, so I had some cheese, olives, and cookies. 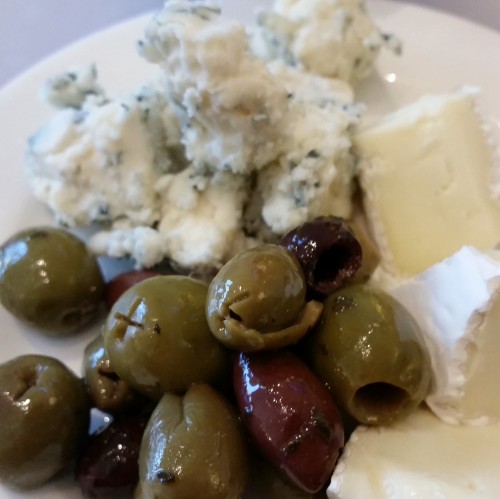 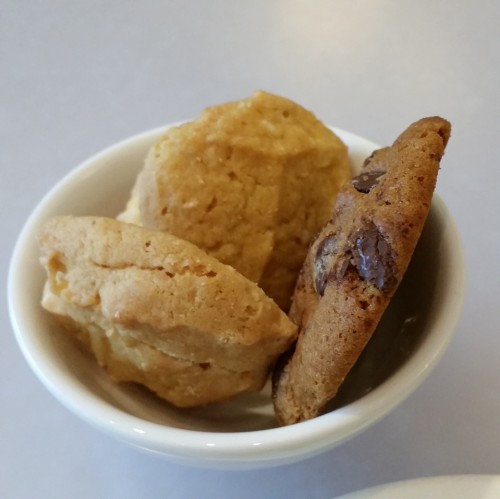 The lounge also has a business center area, along with showers. Given that I had just come from home, I had no need for a shower. Plus the idea of being naked in an airport is still strange to me. 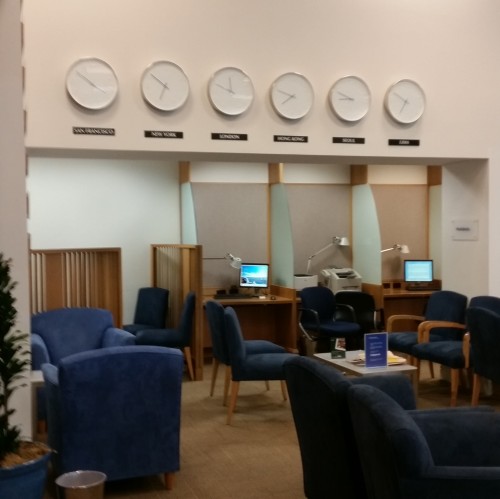 Overall, the British Airways Terraces lounge at SFO is adequate, though crowded. It could use more space, as well as more hot food options. With BA expanding service to SFO, there’s talk that they will be expanding the lounge area. Compared with other lounges I would experience on my trip, the SFO British Airways lounge wasn’t the worst, though it was far from the best. It wasn’t even the best British Airways lounge I would visit. 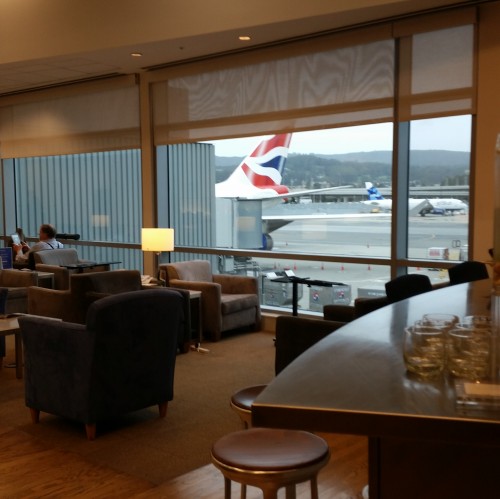 One unique thing about the SFO British Airways Terraces Lounge is that there is a direct connection between the lounge and the airplane, as shown in the above photo of the business class area. There’s no need to exit the lounge and wait at the gate, as First & Business Class boarding starts right from the BA lounge at SFO. When it was time to begin boarding, I headed on quickly so I could begin the next phase of my journey.