The art world in Bilbao is centered around the Guggenheim, and with good reason. When it opened in 1997, the Guggenheim transformed the city. It helped turn Bilbao into a major tourist destination & kickstarted further development. However, there’s another great art museum in Bilbao that’s also worth your time: The Bilbao Fine Arts Museum. The museum covers everything from medieval to modern art, but its manageable size means you can see all of the exhibitions even if your time is limited. 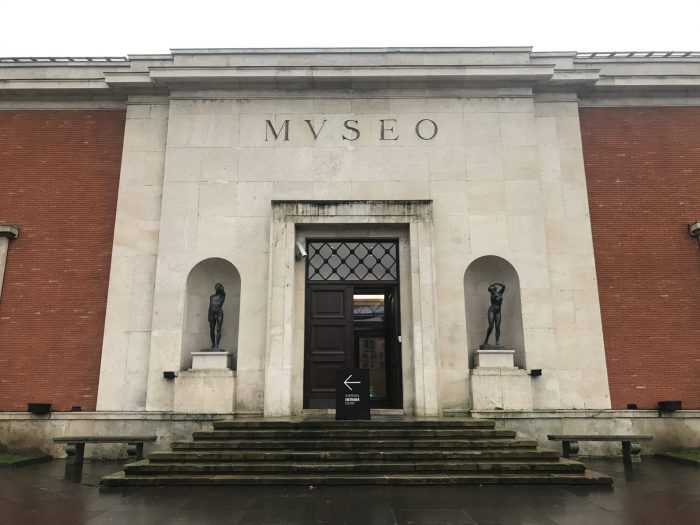 How to visit the Bilbao Fine Arts Museum

The museum consists of two buildings. There is an older neoclassical building, built in 1945. Subsequent modern construction expanded the museum to what it is today. 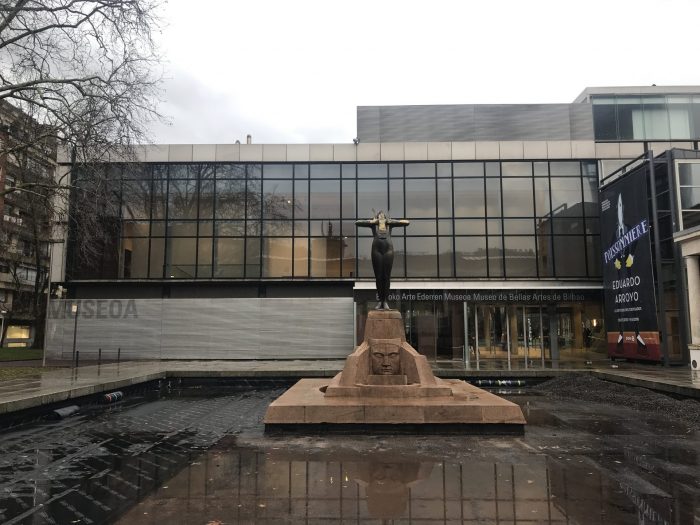 Admission is around €7, but here’s the great part for budget travelers. Admission to the permanent collection at the Bilbao Fine Arts Museum is free every day from 6 to 8 pm (except Sundays). You can also download the audioguide free of charge on your mobile phone via a QR code.

Two hours is plenty of time to see the whole permanent collection at the Fine Arts Museum. Even if you take more time to view the art, you can always go another evening to see the rest.

If you’re an art lover who wants to splurge, you can also take a private tour of the museum.

I entered the Bilbao Fine Arts Museum right at 6pm. It was crowded at the free opening time, but not annoyingly so. I was there in late December, so it would be much more crowded during the summer. Everyone dispersed fairly quickly across the museum.

The permanent collection is called “ABC: The Alphabet of the Museum.” The museum was formed following the Spanish Civil War through a merger of the Museum of Fine Arts & the Museum of Modern Arts in Bilbao. Unlike some museums that may focus on particular eras or styles, the Bilbao Fine Arts Museum has a notably broad-ranging collection of over 10,000 works from throughout history. In addition to this broader aim of showcasing the full history of art, the Fine Arts Museum also has the largest collection of Basque art in the world. 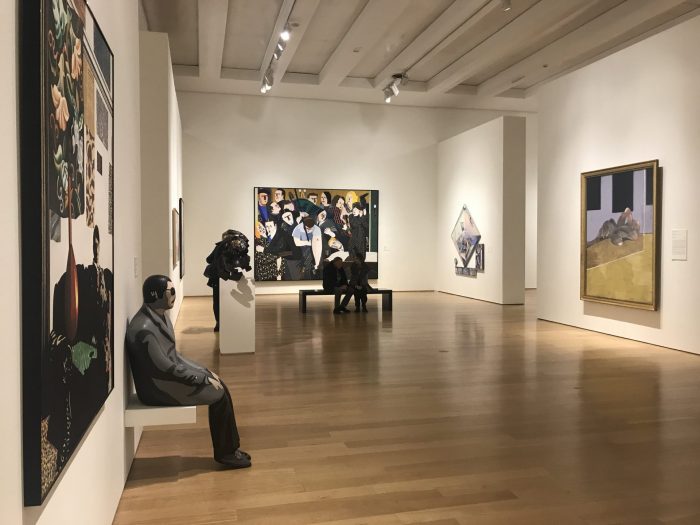 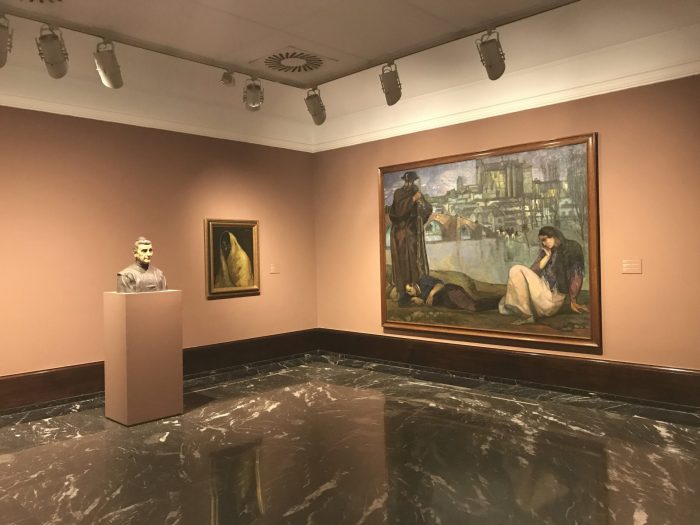 Given the extensive time period covered by the Museo de Bellas Artes de Bilbao, there’s a little something for everyone in the 33 rooms of the permanent collection. There are sections for ancient art, modern and contemporary art, Basque art, works on paper and applied arts through the centuries. The contemporary art section is the largest. The museum has pieces from prominent artists such as El Greco, Francisco de Goya, Anthony Van Dyck, Mary Cassatt, Paul Cézanne, Paul Gauguin, Francis Bacon, Richard Serra, Eduardo Chillida, and Ignacio Zuloaga.

Here are just a few of the works I especially enjoyed.

There is an extensive collection of figurines of Greek gods. 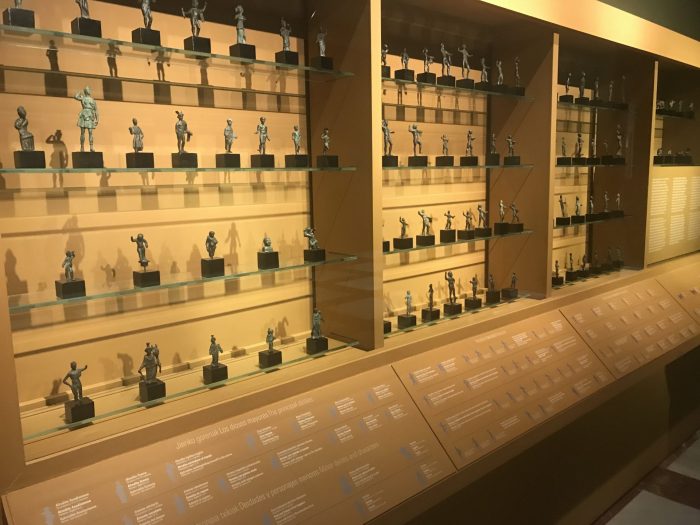 Bruges Canal by Julián de Tellaeche reminded me of my trip to Bruges. 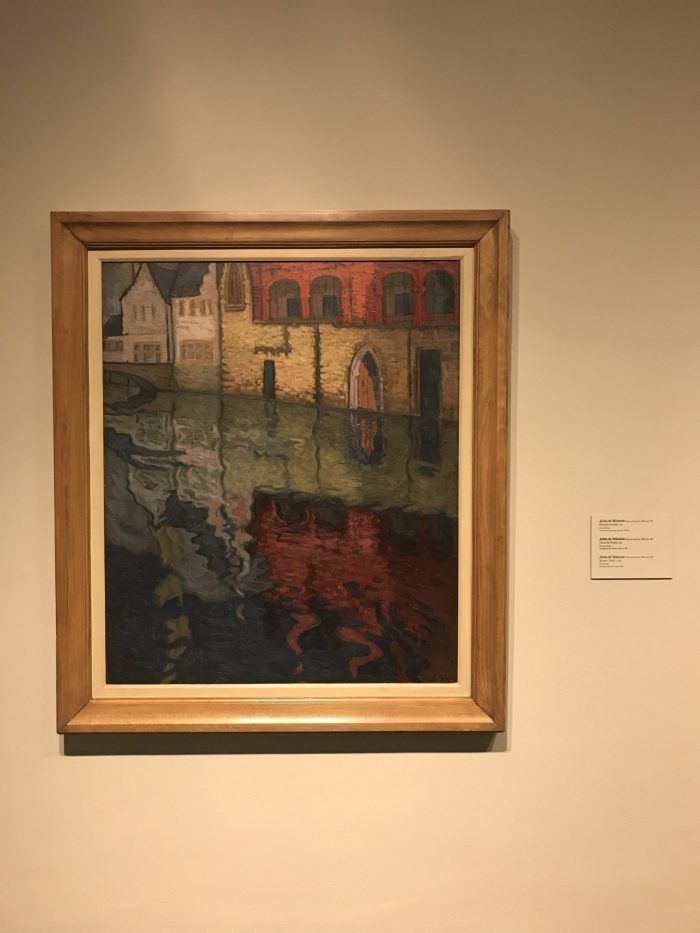 This is Venus of Poetry by Julio Romero de Torres. 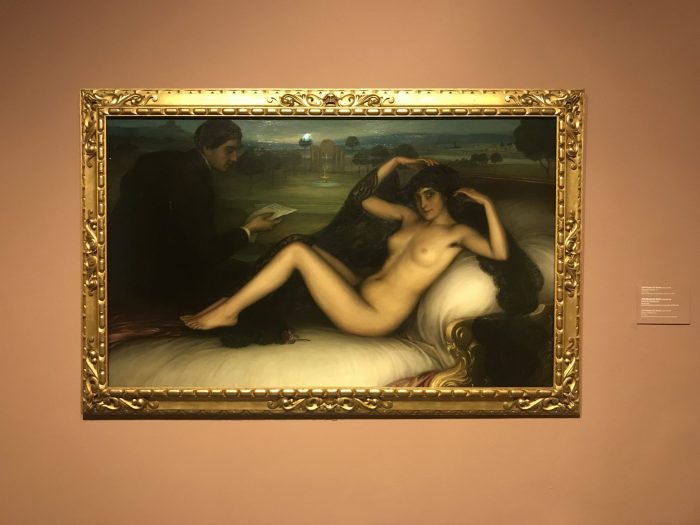 St. Sebastian Cured by the Holy Women by José de Ribera is another museum highlight. 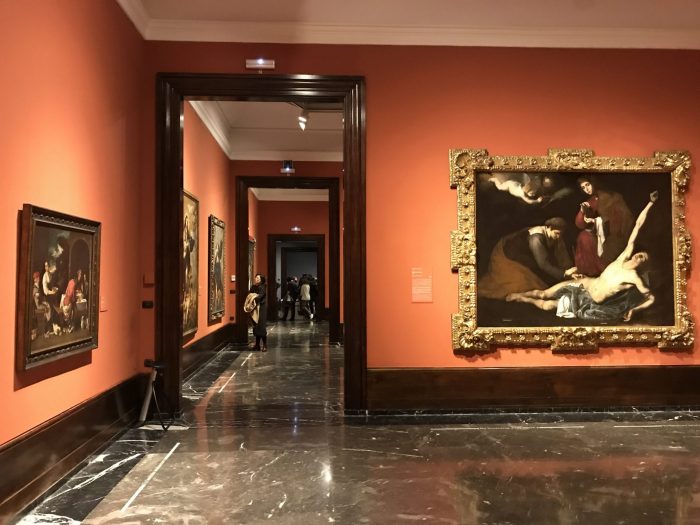 One might expect that traveling through centuries of art history would take forever, but I ended up seeing everything I wanted to in the permanent collection in just over an hour.

Right behind the Museo de Bellas Artes de Bilbao, there’s a nice green space called Doña Casilda Iturrizar Park. In fact, the Fine Arts Museum was actually built on part of the park in 1945. If you’re aiming for the free hours at the Fine Arts Museum but you get there a bit early, or if you just want a nice relaxing city stroll, you can take a wander through the park.

Doña Casilda Iturrizar Park opened in 1907. At the center of the park is Parque de los Patos, which is home to ducks, geese, and other birds. 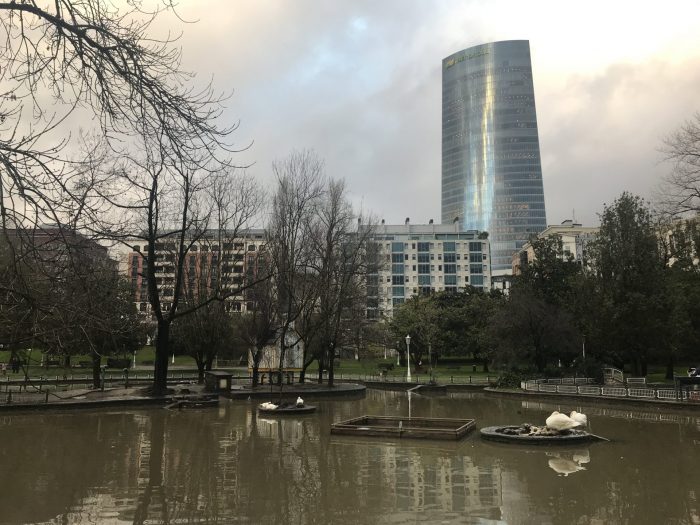 There is also a fountain, a carousel, and a pergola. 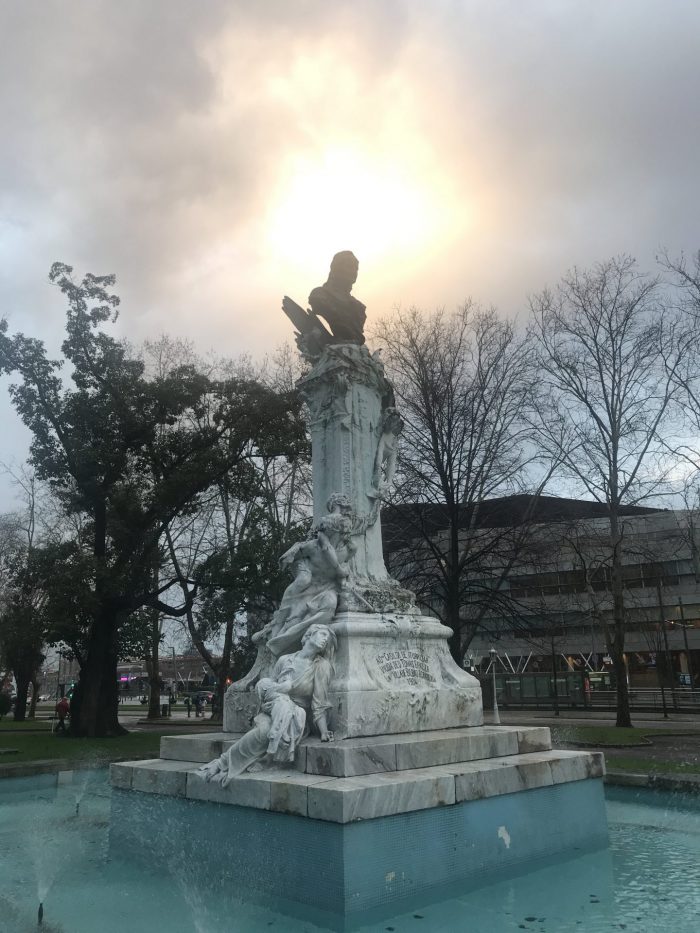 Have you been to the Bilbao Fine Arts Museum? What was your favorite work?