American Express has a series of airport lounges called Centurion Lounges scattered around the country. Access to these lounges is free for Platinum & Centurion card holders. Since the lounges are among the best in the United States, they’re understandably crowded. In Seattle, Amex has opened a smaller version of a Centurion Lounge called the Centurion Studio. 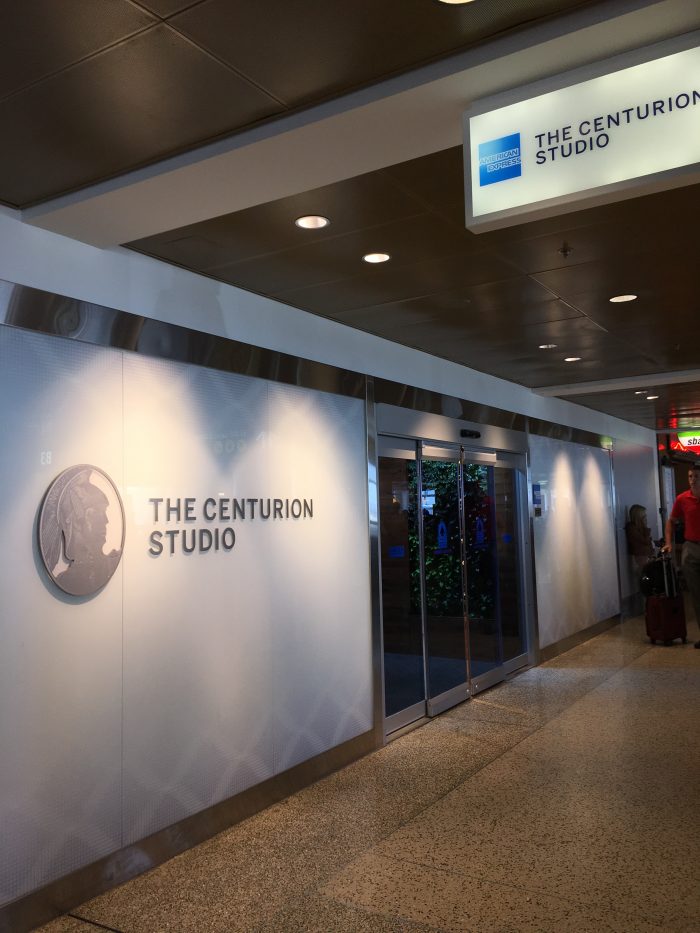 There were lemon bars, which are among my favorite desserts. 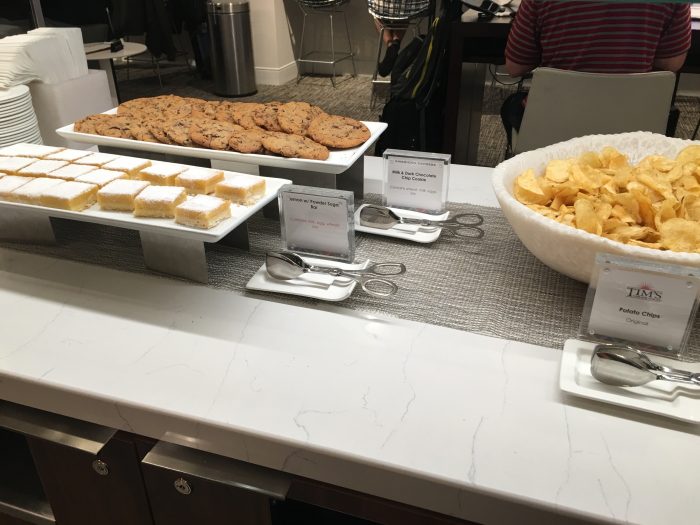 Also, they had hard-boiled eggs. While those aren’t fancy, they’re filling & healthy, unlike most other foods you could be eating in an airport. There were plenty of other healthy cold snacks available as well, including fruit, vegetables, and hummus. 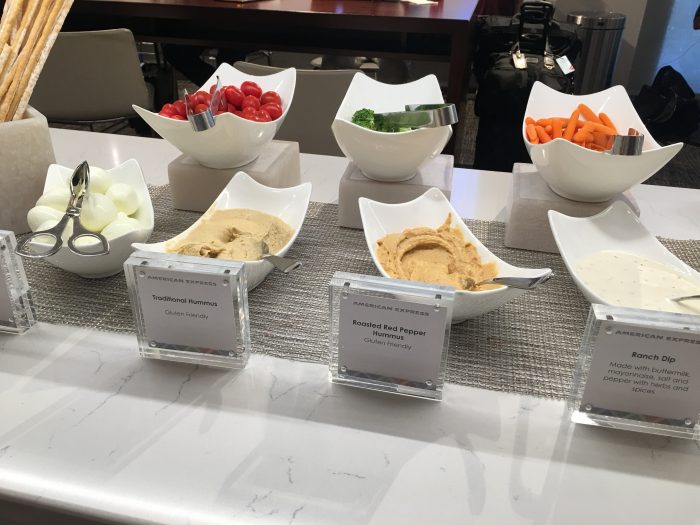 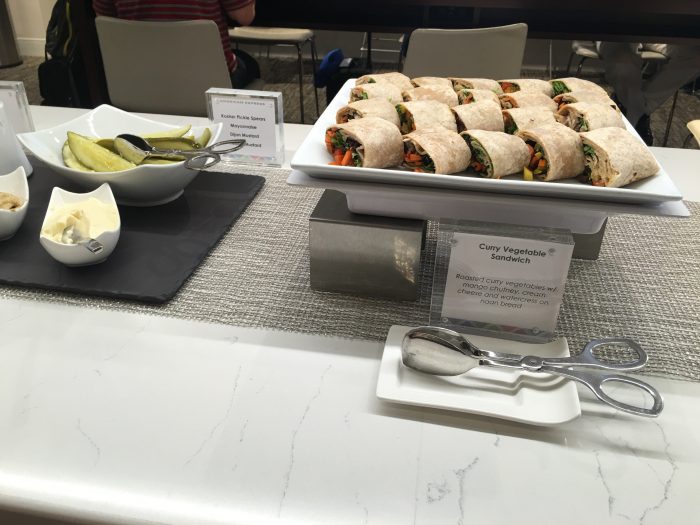 Beer and wine must be requested, and there’s no liquor. That said, the drink selection includes local beers & wines, which is a nice touch. The staff members provided great service, so there was little waiting time for drinks or for dirty dishes to be taken away. 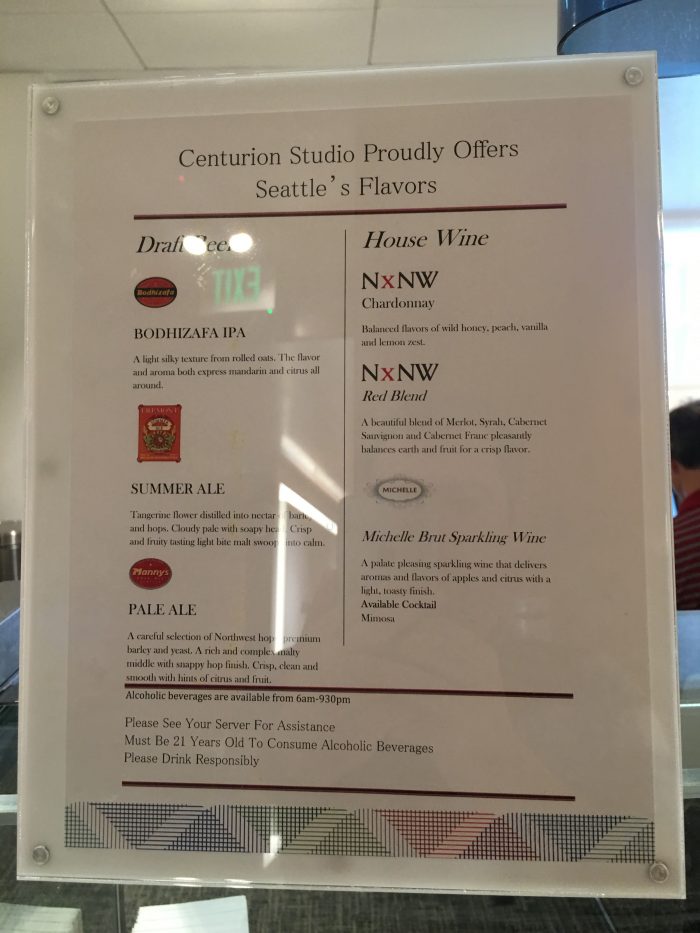 For non-booze drinkers, there were also local Jones sodas available, plus flavored water, iced tea, and a fancy coffee machine. 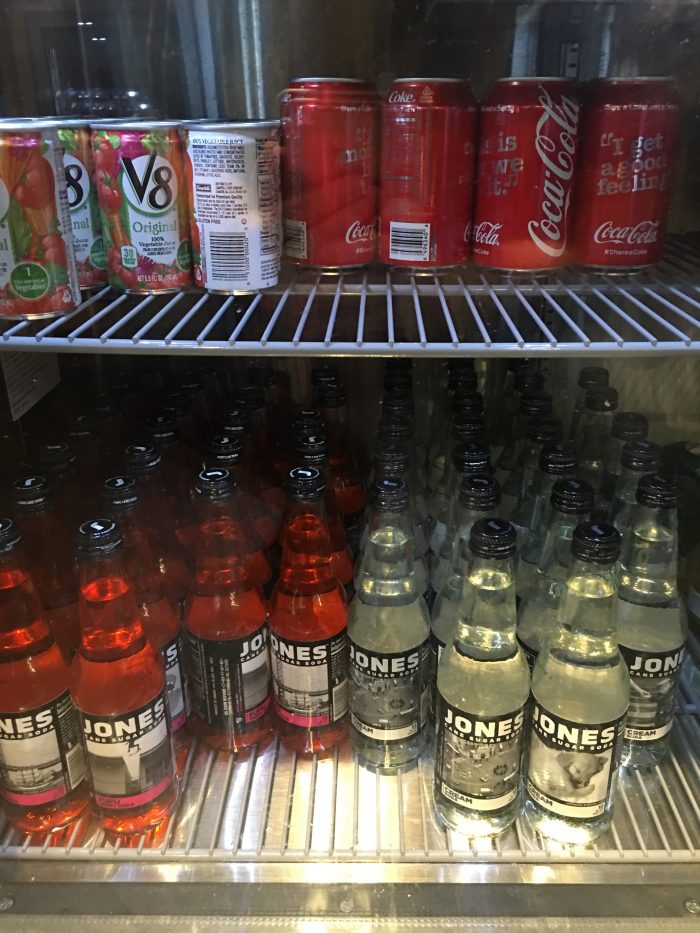 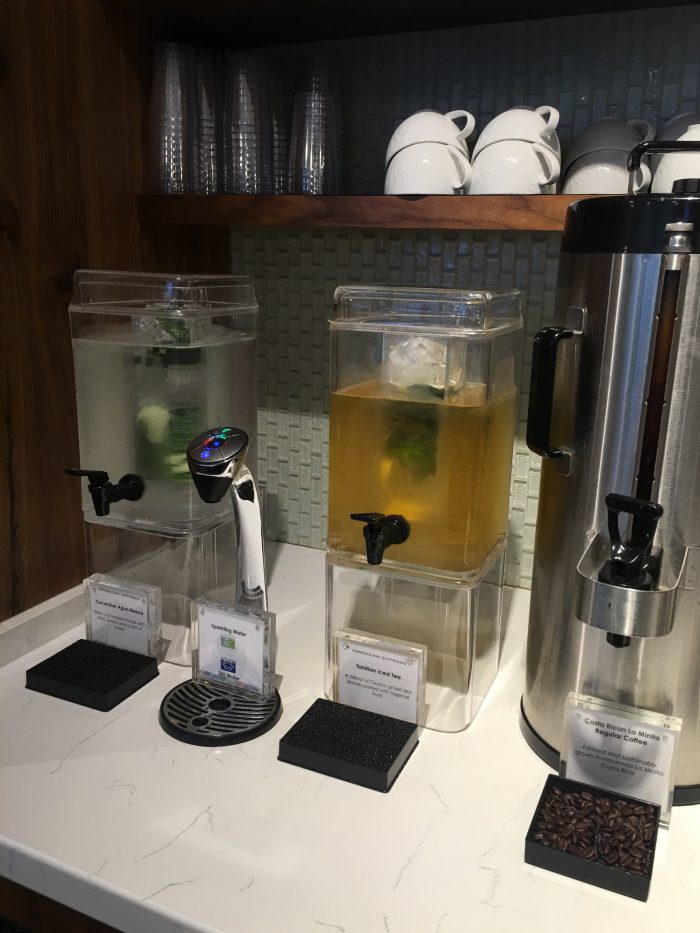 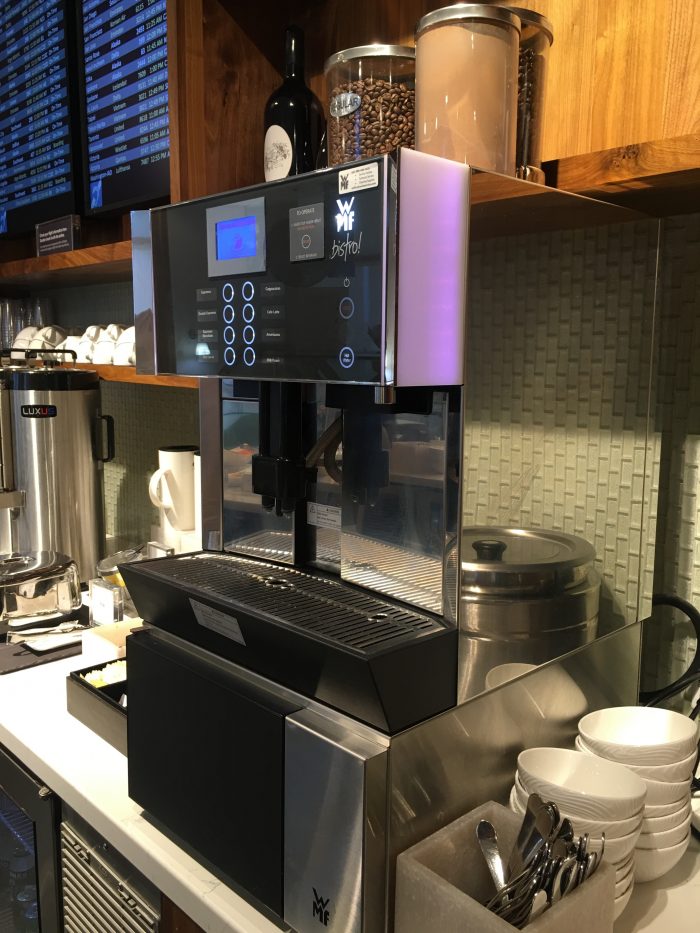 Aside from one screaming child that everyone wished had been taken out sooner, the lounge was remarkably peaceful given the small size. Despite it essentially being one big room, there were still smaller areas to sit in, including a TV area. It’s interesting how even simple dividers can make a small space still have quiet places to relax. There was good variety to the seating, with lots of comfortable places to unwind. 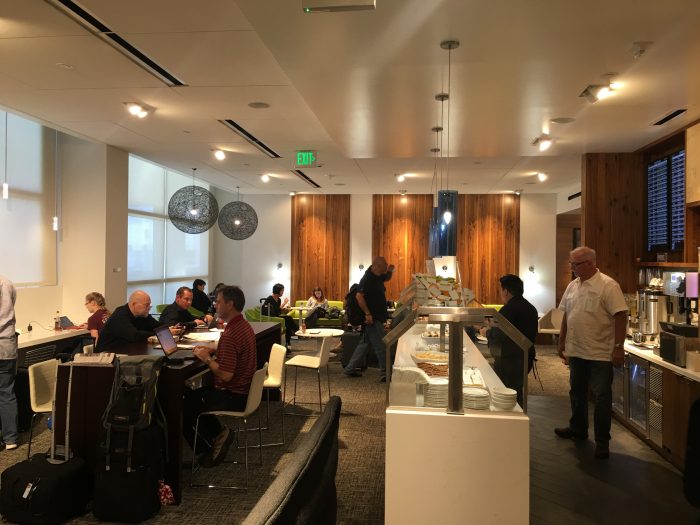 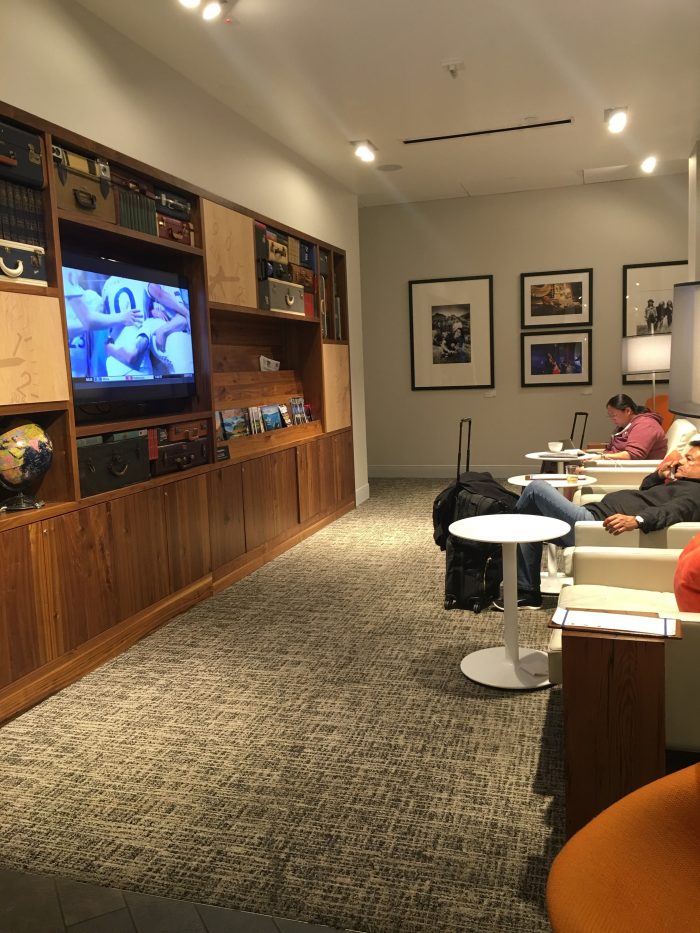 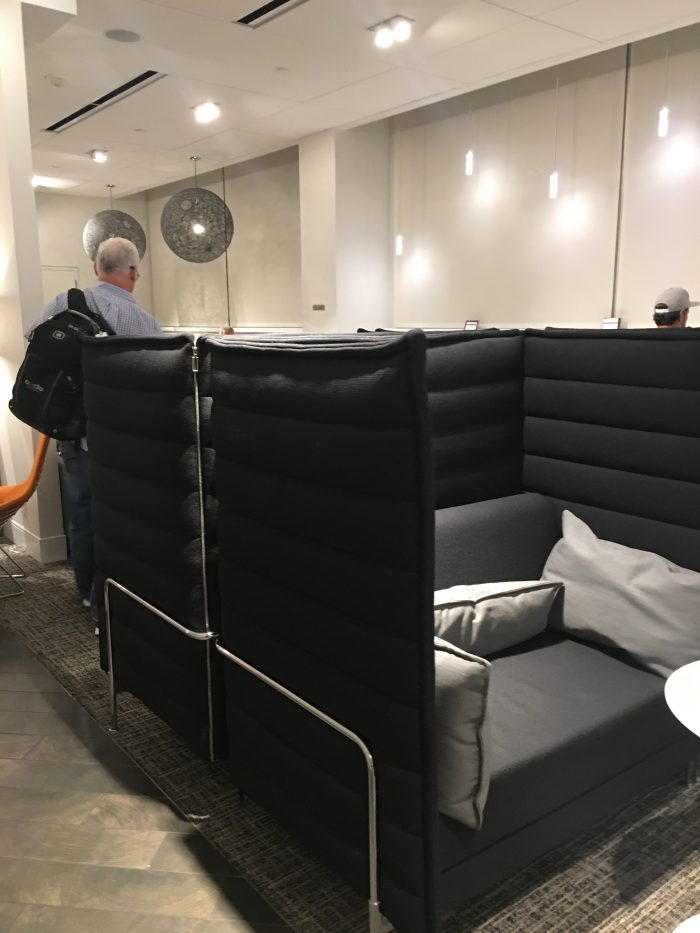 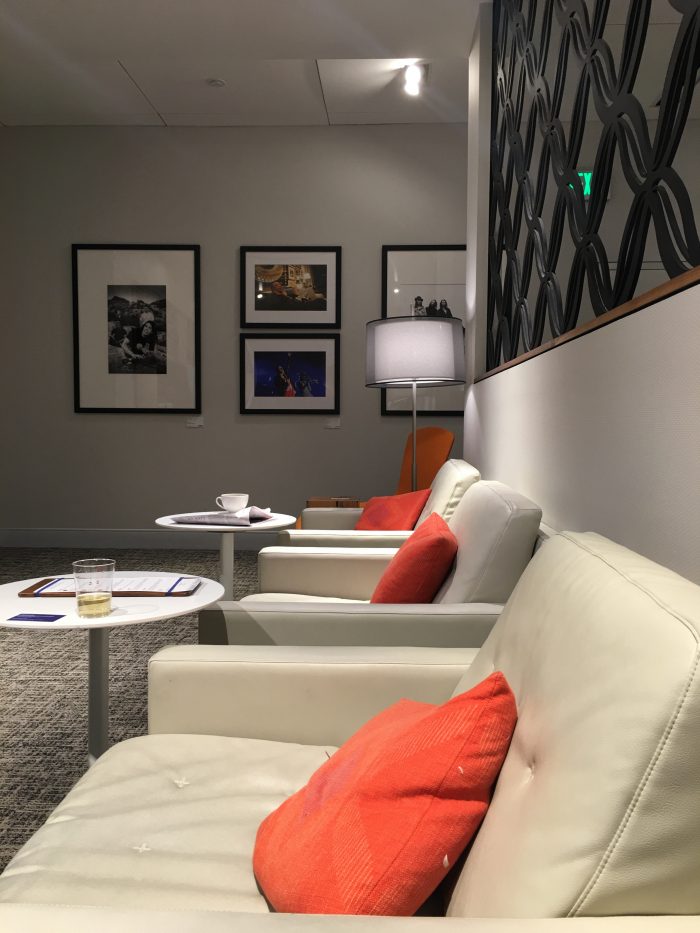 Due to it being a different version of the Centurion experience, the American Express Centurion Studio in Seattle is of course small, but it’s better than not having one at all. The lounge may only do the basics, but does them very well. Hopefully Amex will open more Centurion Studios around the country as not every airport has the space for a full Centurion Lounge.