American Express has been rapidly building a network of private airport lounges that are open to members who have certain Amex credit cards. One of these is based located in SFO. 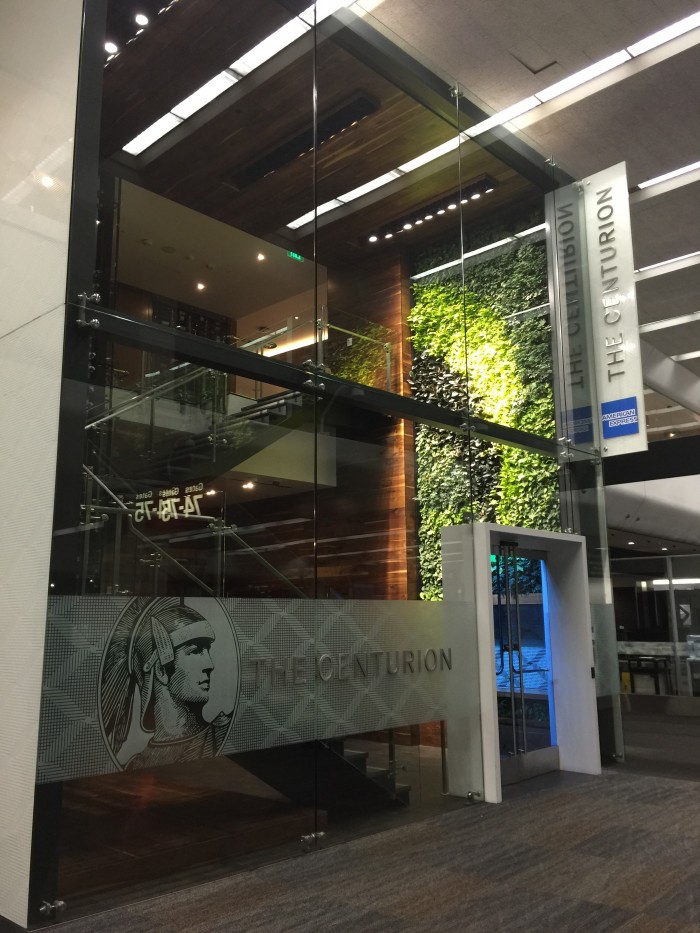 The San Francisco Amex Centurion Lounge is located in Terminal 3 of the airport, however as long as you have a valid boarding pass, you should have no problems accessing it, even if your flight is departing from another terminal at SFO. I have done this a couple of times now, as Terminal 3 is only a short walk from Terminal 2. The drawback is that you have to clear security twice, but with TSA PreCheck, it’s not a huge deal, and the Amex Centurion Lounge is worth it.

SFO’s Centurion Lounge is on the upper level of Terminal 3, with a grand entrance atrium. There was no line to check-in to the lounge, and I was quickly granted access via the Amex Platinum card.

I’ve visited two Centurion Lounges so far (San Francisco & Dallas), and the San Francisco lounge is far more spacious. I haven’t had any issues finding a place to, and there are a wide variety of seating options. That said, I have heard reports that the lounge can be very crowded at times, just like the other Centurion Lounges. The space is well-used too, unlike some lounges where the seating is impractical. There are plenty of small tables, as well as areas to work in. While the work areas aren’t very private, they don’t waste space with huge cubicles. The lounge also seems far less chaotic than the Dallas lounge, which I will be reviewing soon. 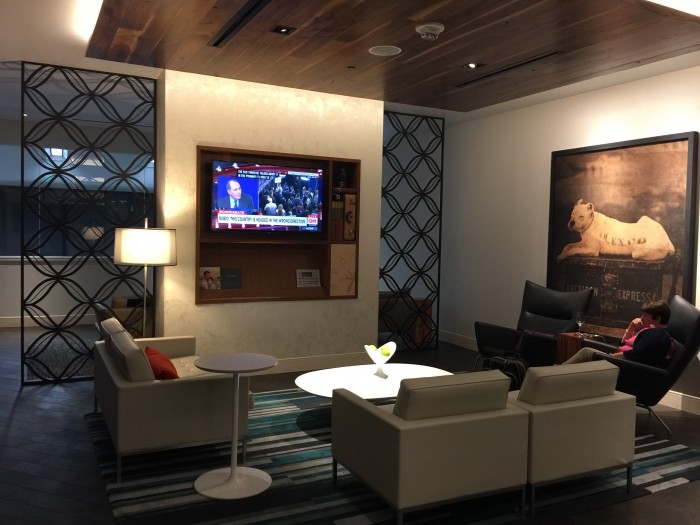 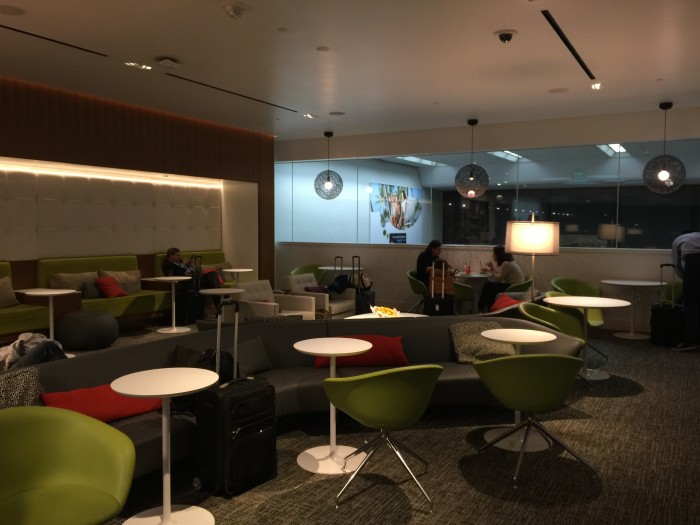 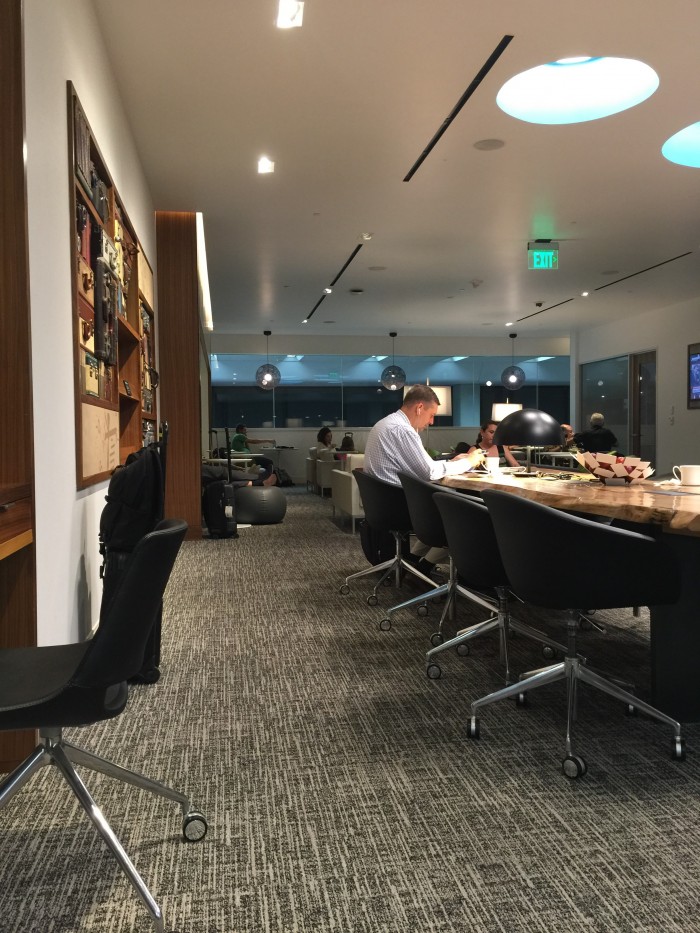 The bar in the SFO Centurion Lounge is not spacious, but it’s well-stocked, and the bartenders are among the friendliest I’ve met. I get the sense that they treat their regular customers very well, just based on how they’ve treated me on a first encounter. 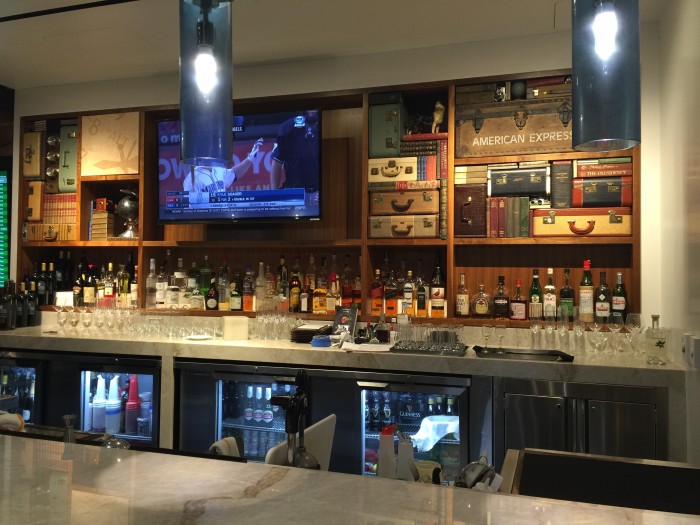 One unique element of the San Francisco Amex Centurion Lounge is the wine tasting machine. Go up to the bar, and the bartender will give you a free barcode that is good for 5 wine tastings. Once you’re done with the tastings, you can go back and get another code, should you wish to continue drinking wine. Whatever you’re drinking, unlimited drinks are included with your lounge access until 10:30pm. 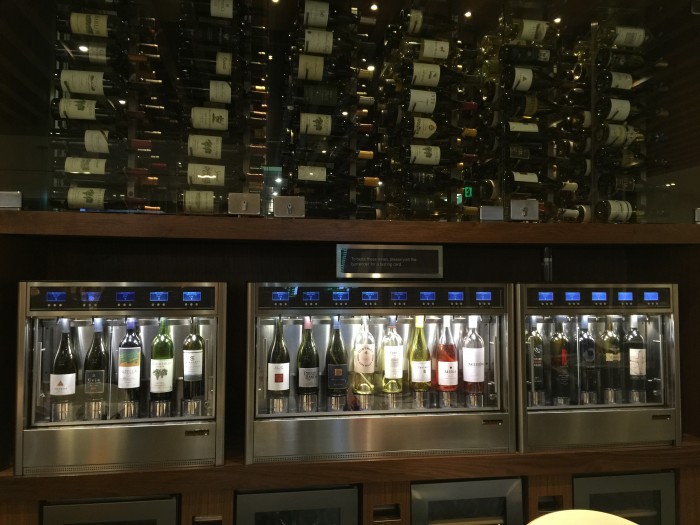 With all of these drinks, you’ll want some food. The Centurion Lounge has you covered with hot foods, salads, fruit, and desserts. I was there fairly late at night since I was leaving on a red eye, so the fried chicken was rather rubbery. If you can get the hot food as soon as it’s served, it’s of much better quality. 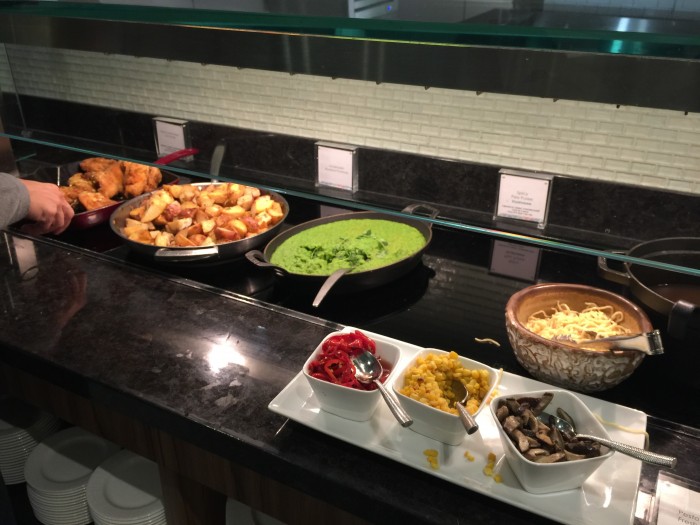 Here’s more of the dinner spread from this particular visit. The vanilla panna cotta was delicious. I may have had 4 of them. They were small. I was on vacation. I don’t care if you judge me. 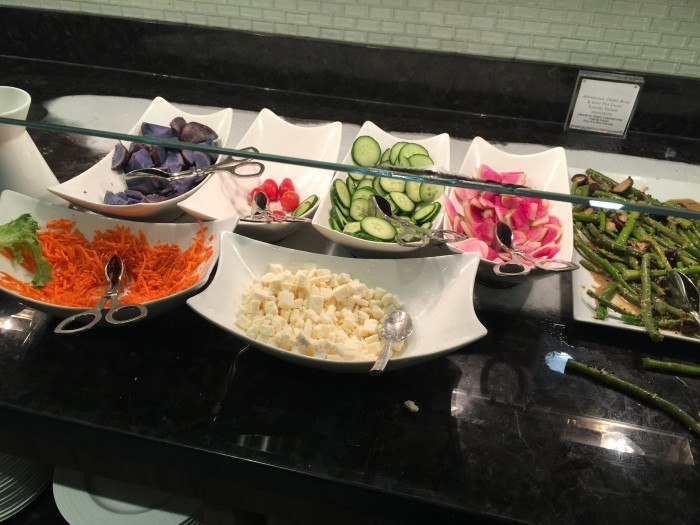 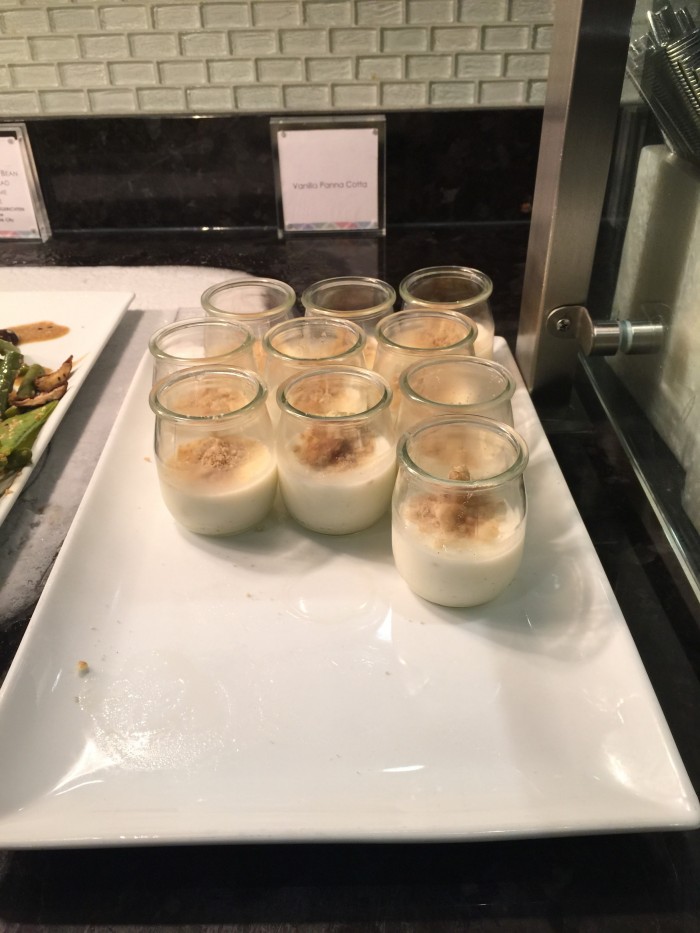 And here’s the breakfast buffet from a later morning visit to the Centurion Lounge. The bartenders were encouraging morning mimosas to go with it. 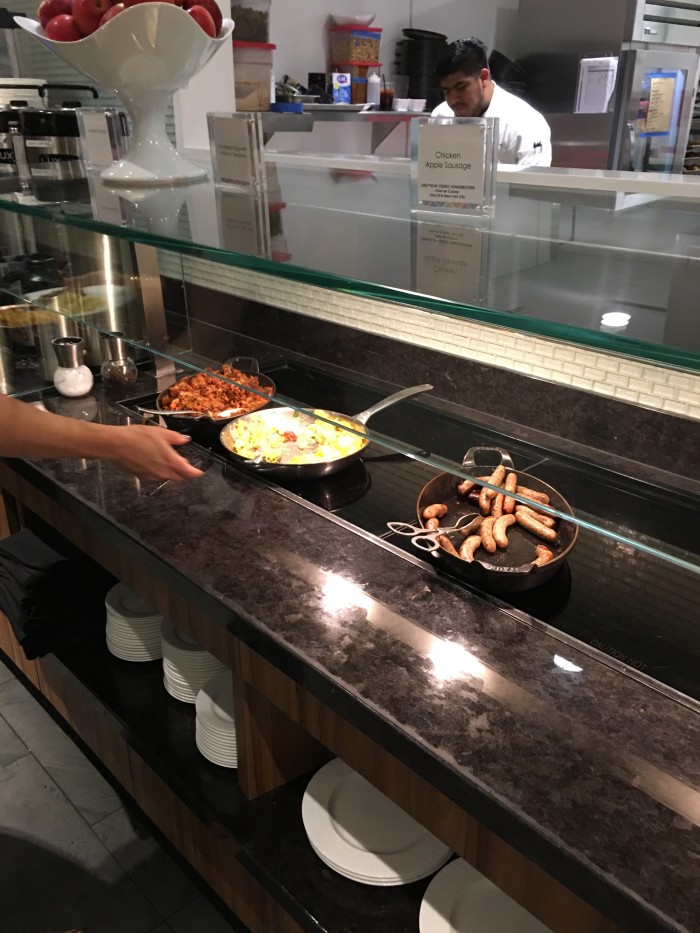 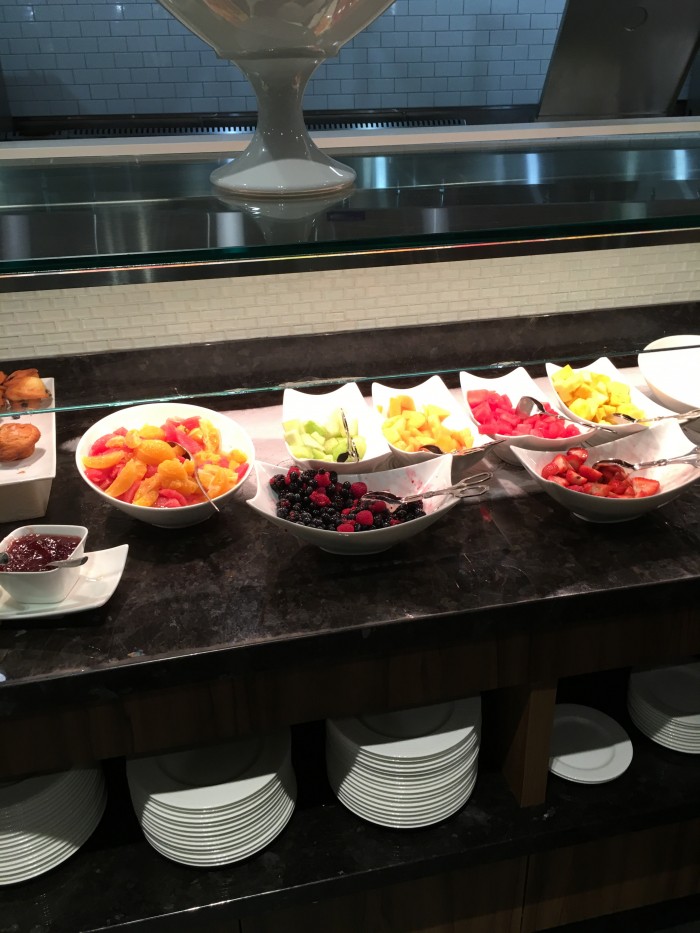 After doing a wine tasting & having some food, I grabbed my dessert, ordered a glass of port (Noval Black – very tasty), and headed for one of the more comfortable chairs.

About an hour before my flight, I headed back to Terminal 2 for my flight to New York. The Amex Centurion Lounges are better than every domestic lounge I’ve seen in the United States, and they rival or even better some international lounges as well. If you travel frequently, consider getting an Amex card that gives you access, as long as you’re going to be in airports with Centurion Lounges.