My trip back to San Francisco from Portugal was a meandering journey over a few days. After a couple of days layover in Frankfurt, I would be next heading to Calgary, Canada on an Air Canada flight. Since I was flying on a business class award ticket from Frankfurt to Calgary, I had access to the Air Canada Maple Leaf Lounge Frankfurt before my flight.

The Air Canada Maple Leaf Lounge Frankfurt is located past passport control, upstairs near Gate B42. 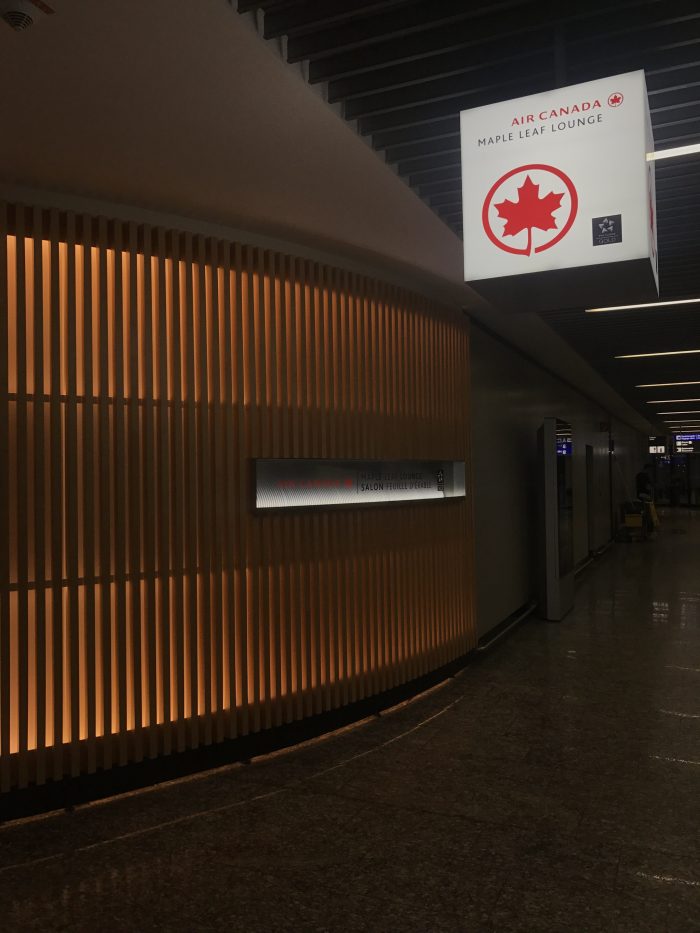 When I arrived at the lounge, there was a long queue. There was only one person at the desk, and there was a couple that was trying to either buy tickets or change tickets, I have no idea which. This is one of those times where one of two things needs to happen: there either need to be multiple people working the desk so one can help more time-consuming requests, or the one person who is working needs to stop & take 30 seconds to let everyone else into the lounge. I realize the couple was there first, but at some point you can’t have 10-15 people waiting for 20 minutes when they only need to have their ticket scanned. 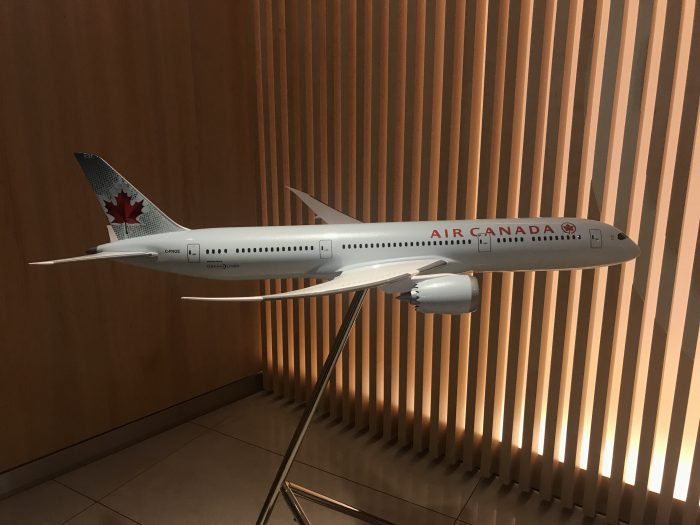 Between this long delay & the 25 minute train delay I had experienced trying to get from central Frankfurt to the airport, it was 11:30. This meant that lunch had just been put out, rather than catching the tail end of breakfast first. It was too bad, since I had really wanted breakfast.

That said, it’s always nice to catch an airline lounge as fresh food is being put out. Even after that, the staff did a great job of refilling items & keeping the place clean.

There were a couple of hot dishes – pasta & peas, plus chicken and mashed potatoes. 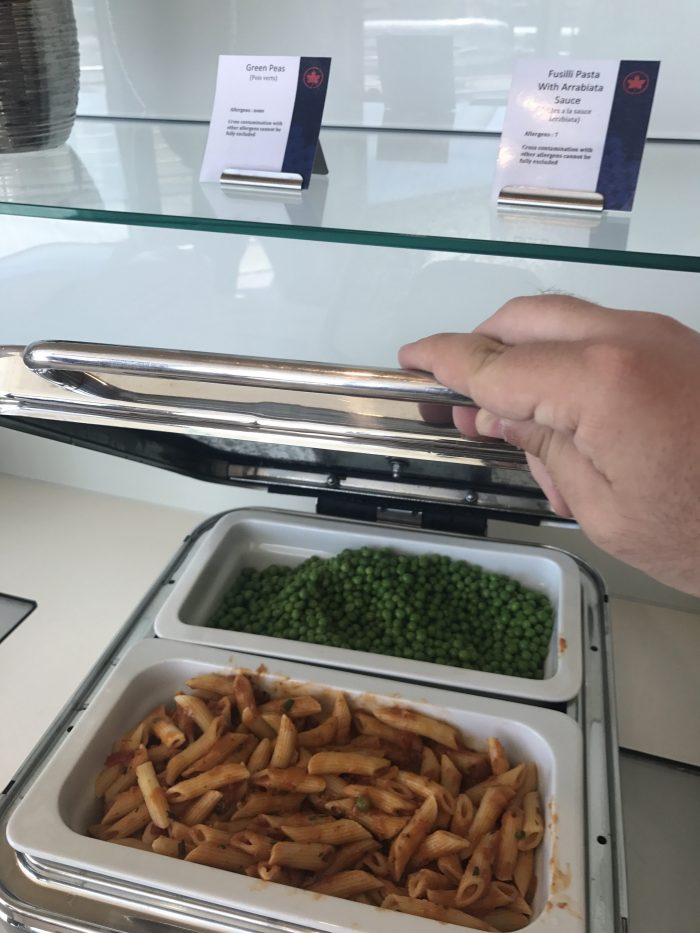 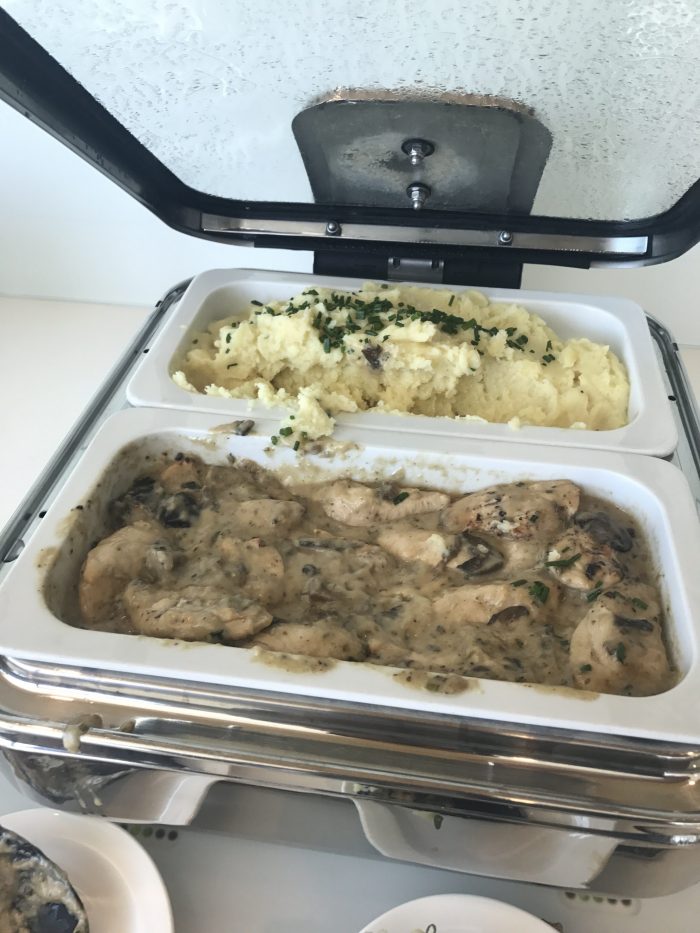 Beyond that, it was a complete carb festival. Name a carbohydrate, and the Air Canada lounge had it.

There were tons of breads (with soup). 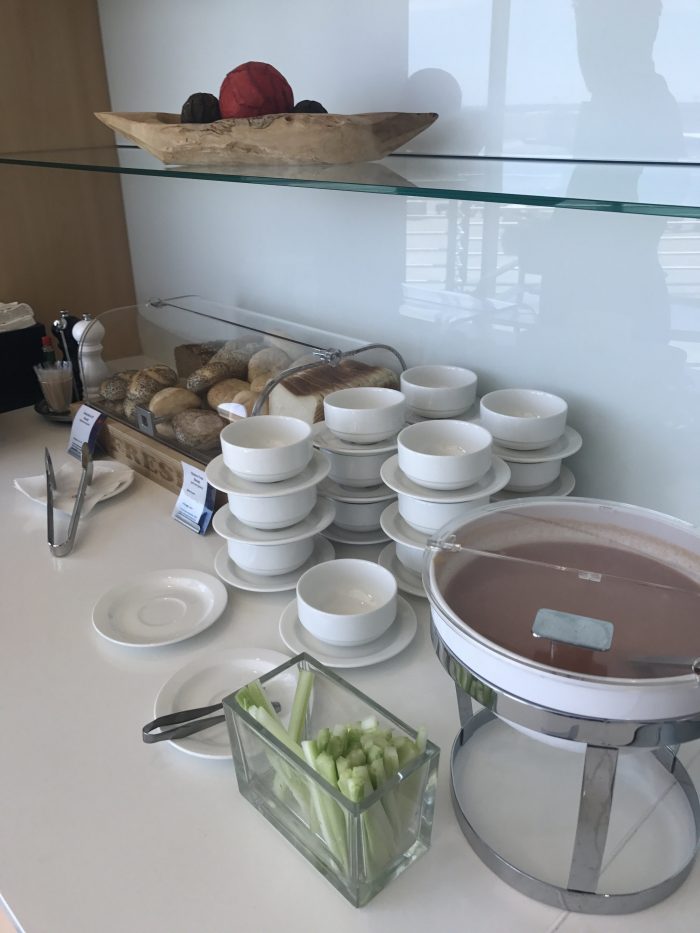 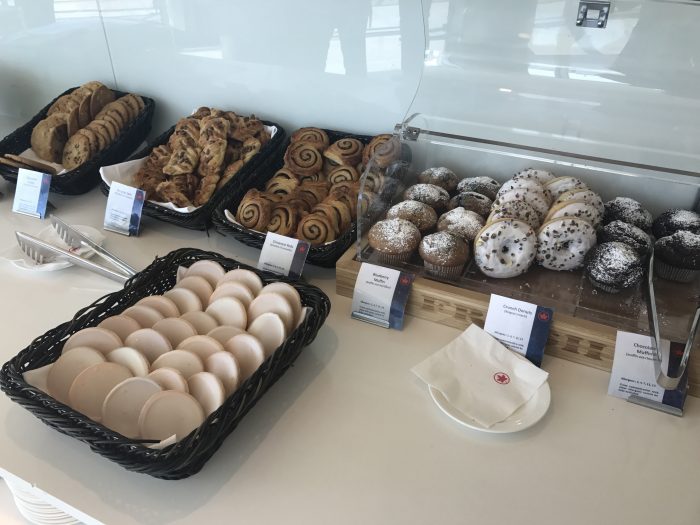 There were also sandwiches, but along with them there was a nice selection of fruits, vegetables, and salads. 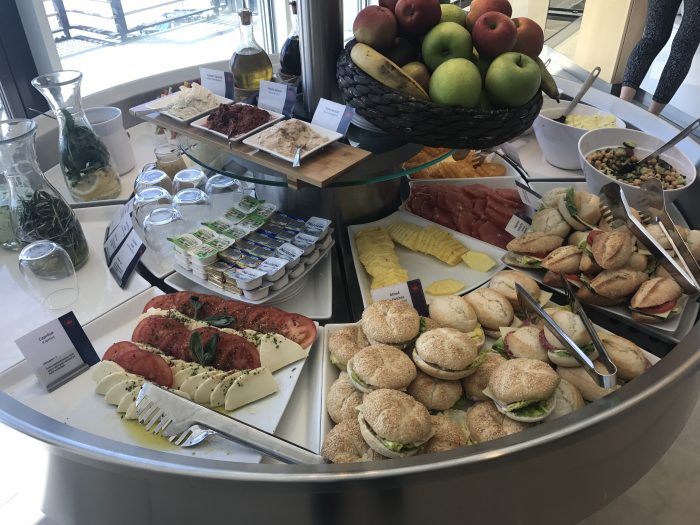 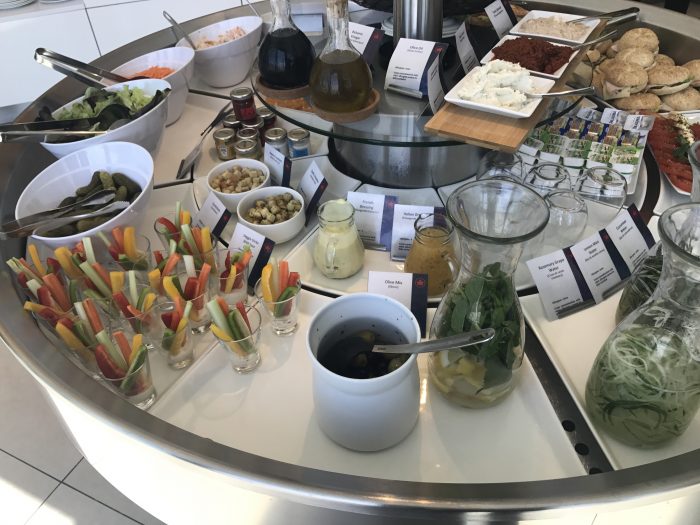 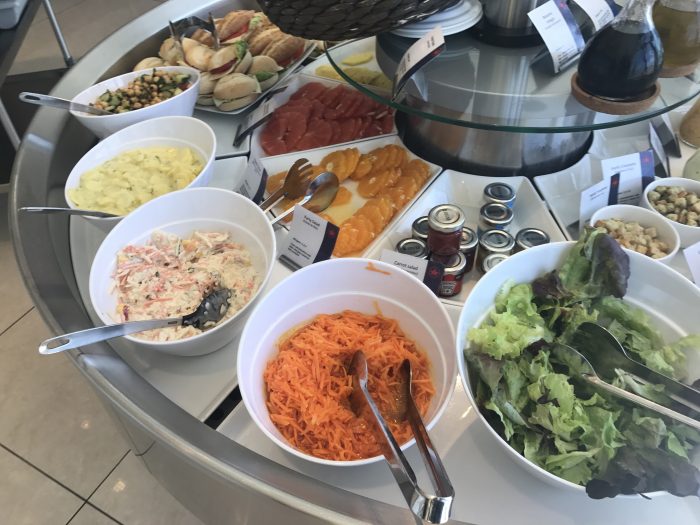 There were also pretzels because it’s Germany. 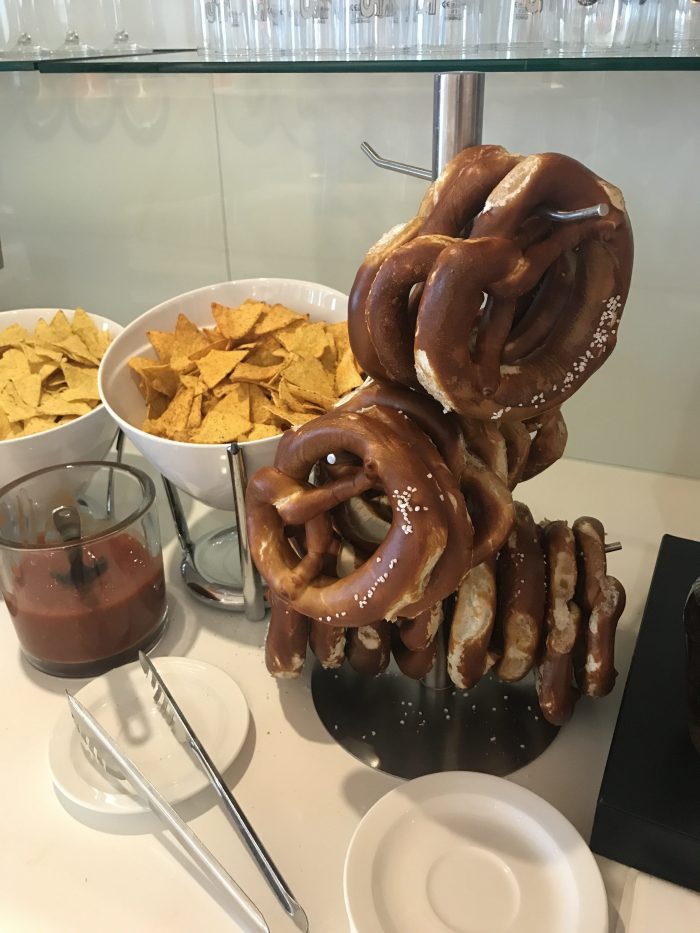 The quality of food in the Air Canada Maple Leaf Lounge Frankfurt is solid, though I do think they could do a better job of bringing in more of a Canadian touch. I’d love to see the lounge offer more with maple, or poutine, or Kraft Dinner. You know, classic Canadian cuisine.

The alcohol selection was fine, but unspectacular. There were a couple of German draft beers, plus all the liquor bases were covered. 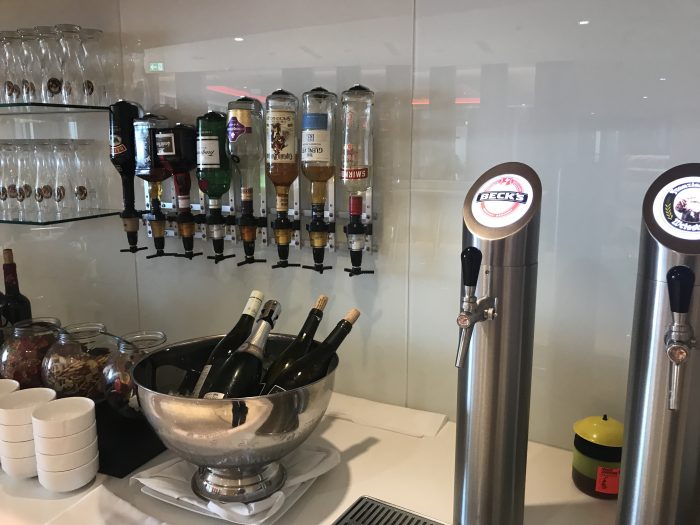 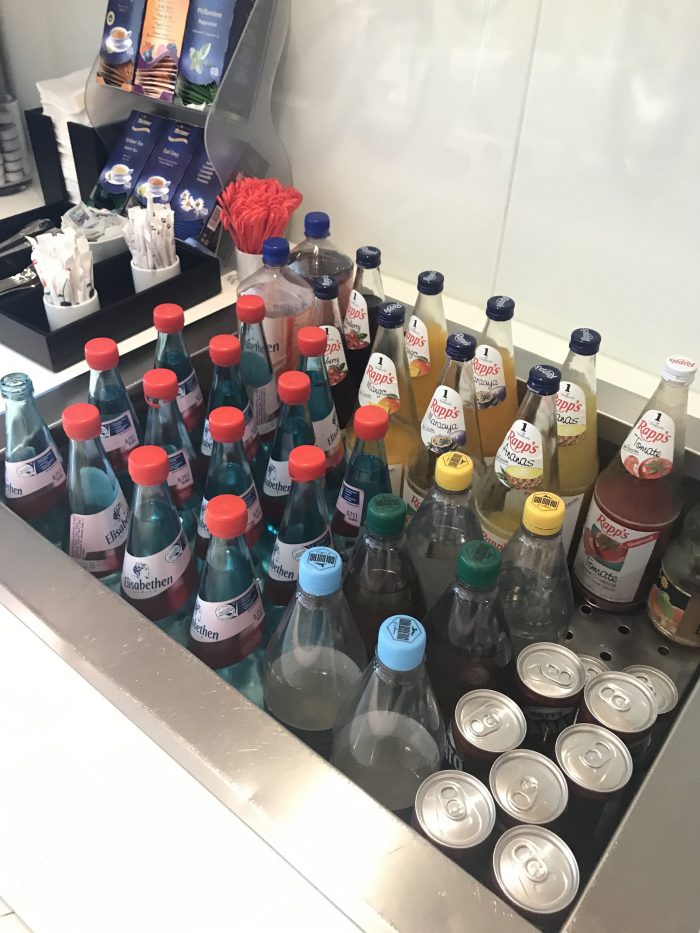 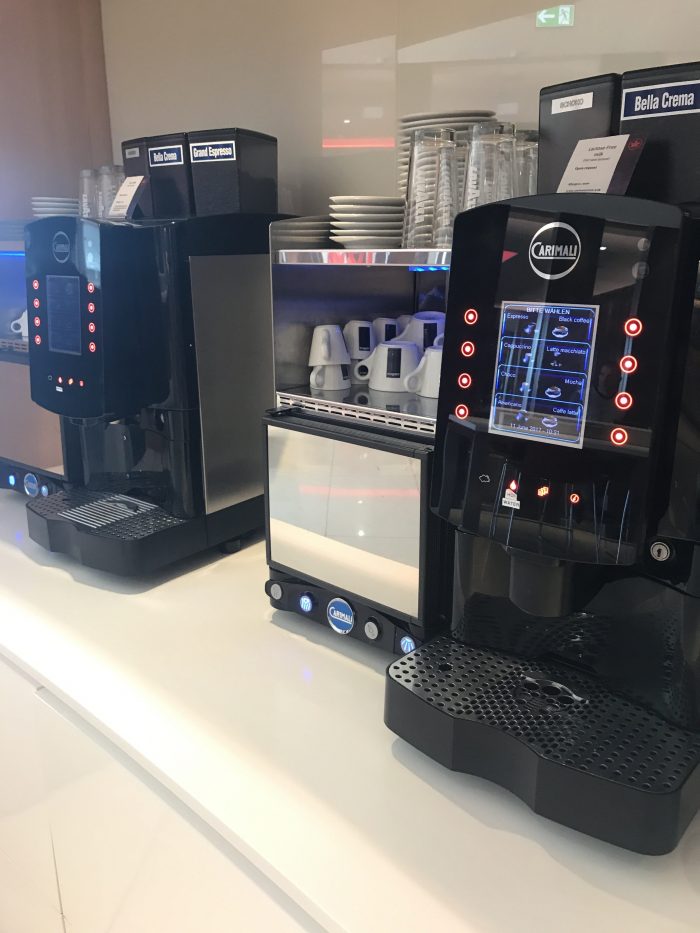 The Air Canada lounge in Frankfurt has plenty of seating. It’s split up well so each area feels fairly private. The lounge was fairly busy, but everyone was quiet, except for one guy who was snoring. 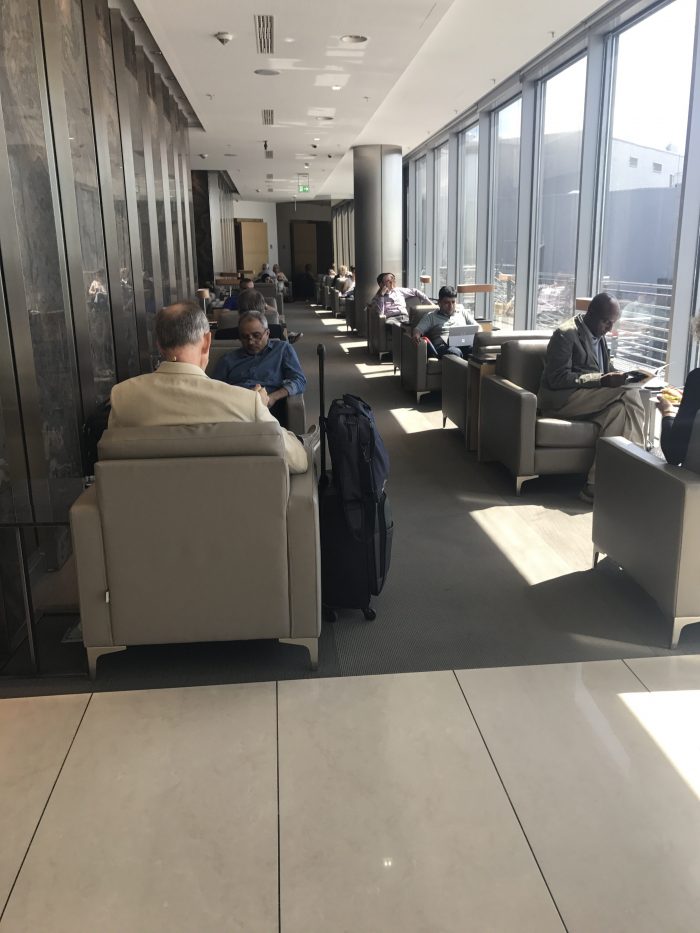 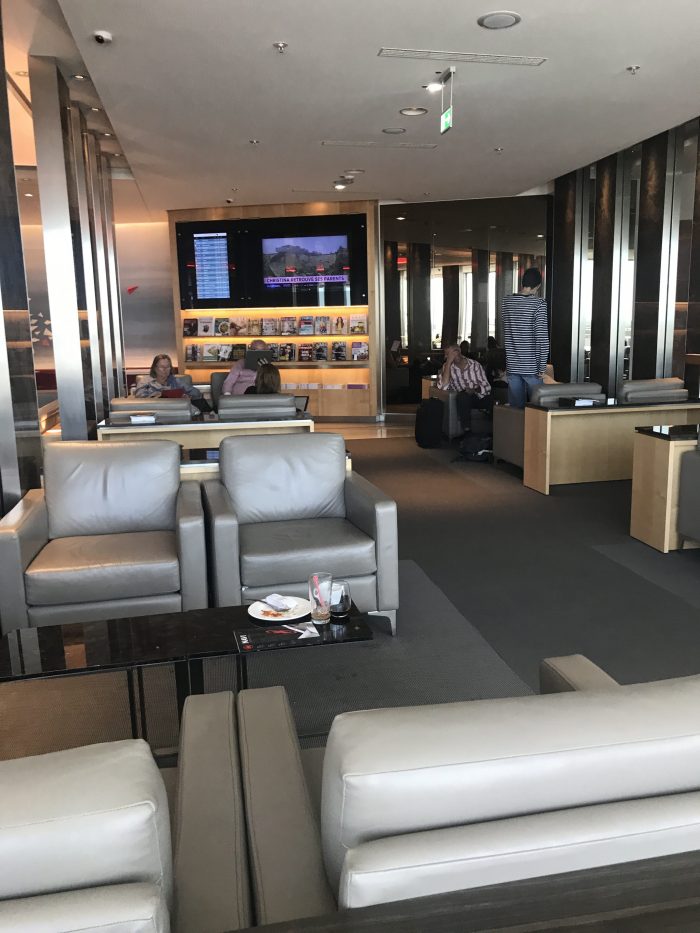 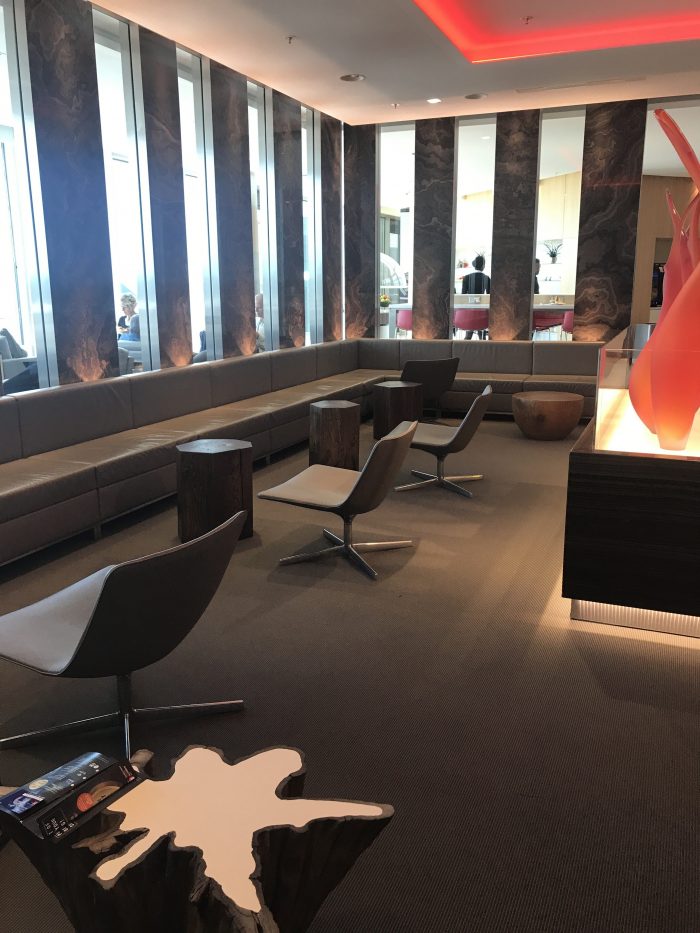 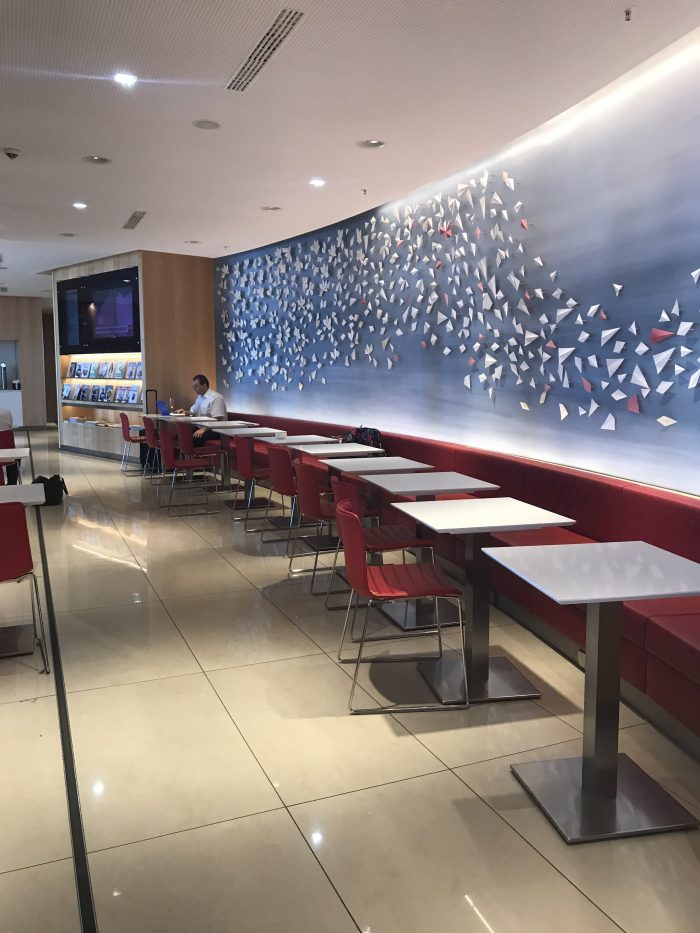 There were also private nap rooms available, each with a TV. 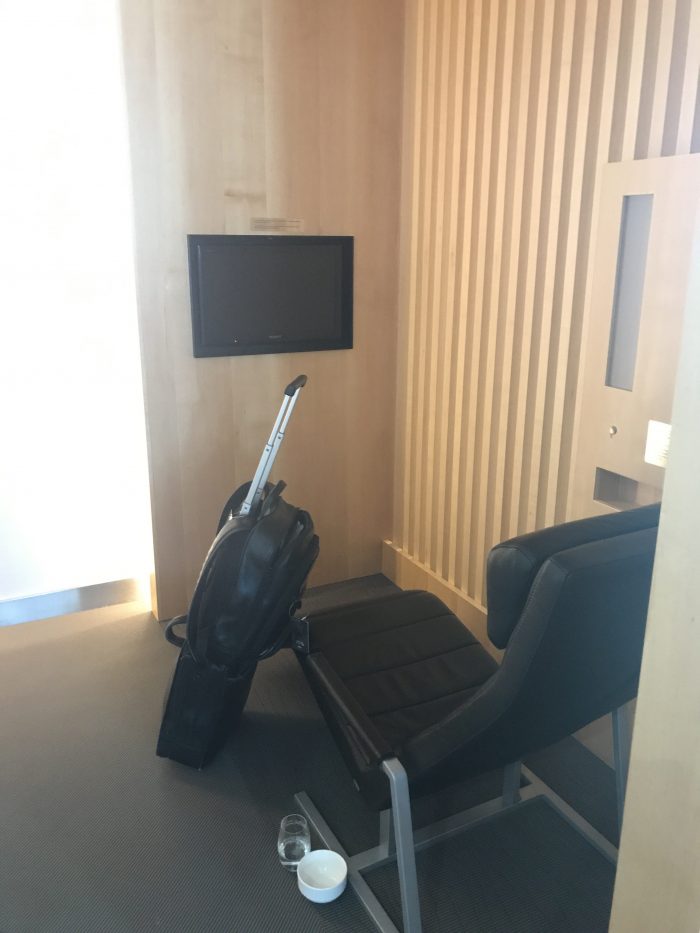 The shower rooms are clean & modern. 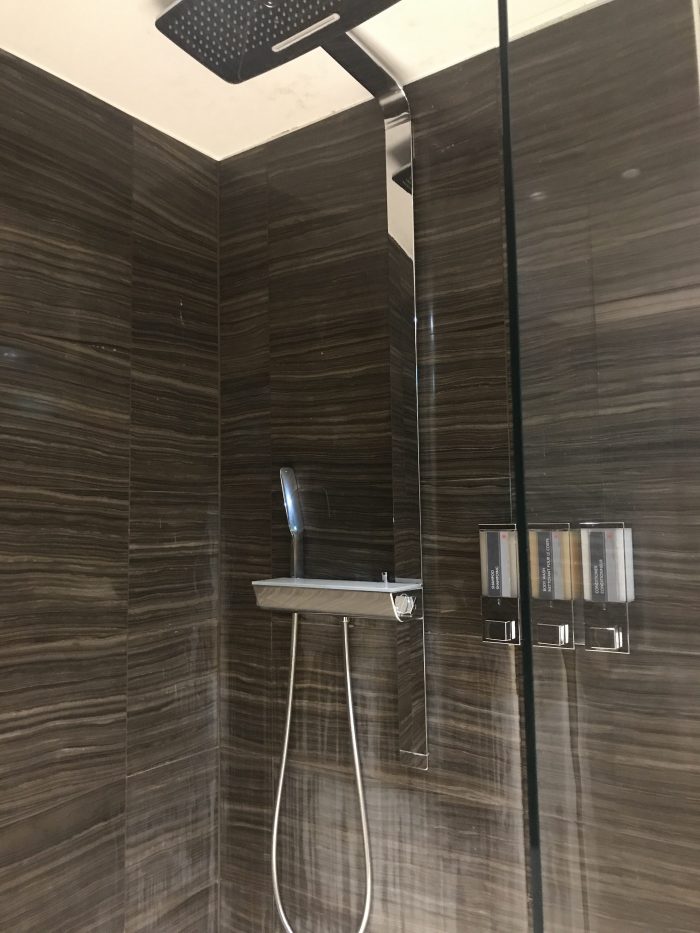 The lounge has massive windows with great views around the Frankfurt Airport. 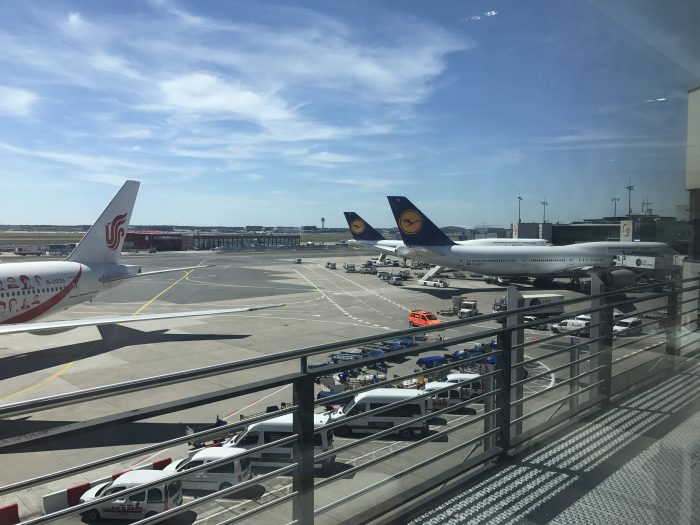 If you’d rather work, there is a business center to the right side as you enter. Nobody was using it. 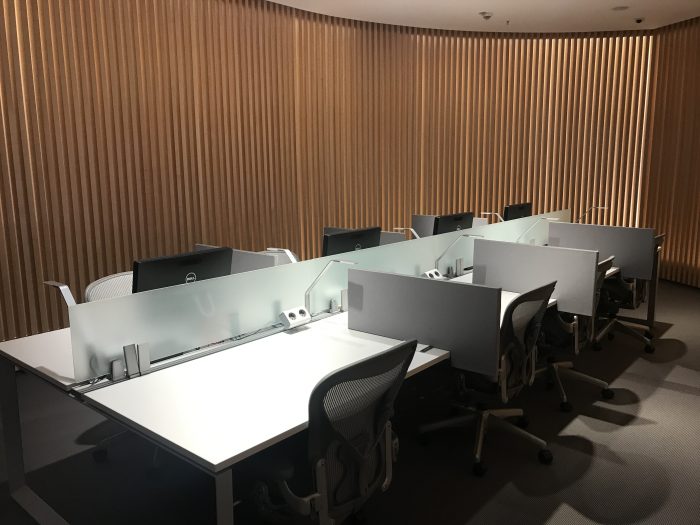