Most history museums tend to cover their topics in impersonal ways. Whether its due to them covering a long period of time, a large population, or focusing on high-level views of their subjects, this can make some history museums boring & dispassionate. The People’s History Museum in Manchester, England is different. It tells the social history of democracy in Britain, with a focus on the individuals & specific events that made the country what it is today.

About the People’s History Museum

The People’s History Museum was originally founded as the National Museum of Labour History. It reopened in its current form in a refurbished former pumping station in Spinningfields in 2010, but its roots go back to the 1970s. 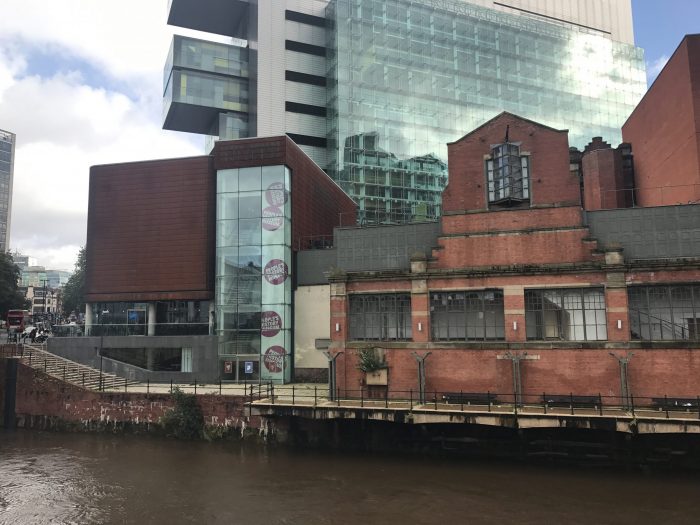 The museum sums up their purpose as the “national museum of democracy, telling the story of its development in Britain: past, present, and future.” The history told here is not the history of the rich & powerful, but of the working classes who fought to improve the lives of everyone around them through protests, strikes, & other political action.

The People’s History Museum is located along the River Irwell at Bridge Street in Manchester, just across from Salford. The address is New Ct St, Manchester M3 3ER, United Kingdom (map). The closest train station is Salford Central, but the museum is easily accessed from the Manchester city center on foot or by public transportation. Admission is free, with a suggested donation of £5.

Upstairs, there are two main galleries of the museum that are home to the permanent exhibits, while the ground floor galleries & Engine Hall host temporary installations. The museum also offers family-friendly programming throughout the year. There is also a gift shop with unique socially-relevant items, along with a cafe. 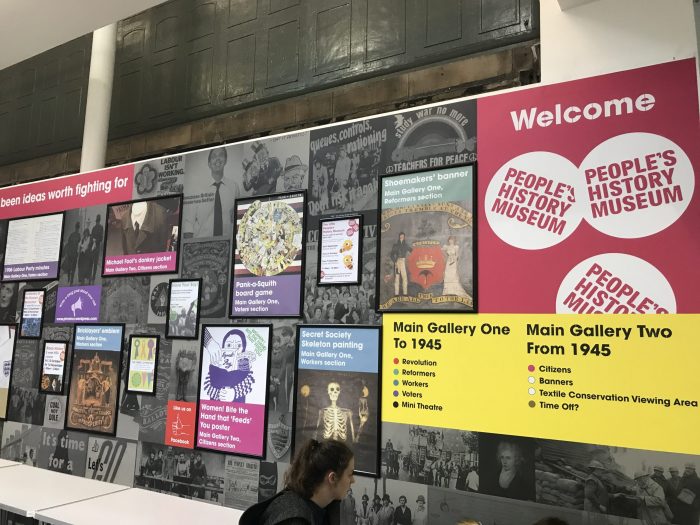 The first main gallery starts with Manchester’s central role in the Industrial Revolution in Britain. The city became rich due to the textile industry, which imported cotton from slave plantations in the United States. In 1819, workers gathered at St. Peter’s Field in Manchester, about half a mile from where the museum sits today. Their goal was to fight for parliamentary representation, as well as better working & living conditions. Instead, they were met with violence. Local government cavalry attacked, killing 18 people & injuring 700. The event became known as the Peterloo Massacre, and it serves as the starting point for the story at the People’s History Museum.

The museum continues to tell the stories of various social movements during the 19th & 20th centuries. You’ll learn about famous leaders who fought to improve society. Topics include the beginnings of trade unions, women’s suffrage, the social safety net, and more. 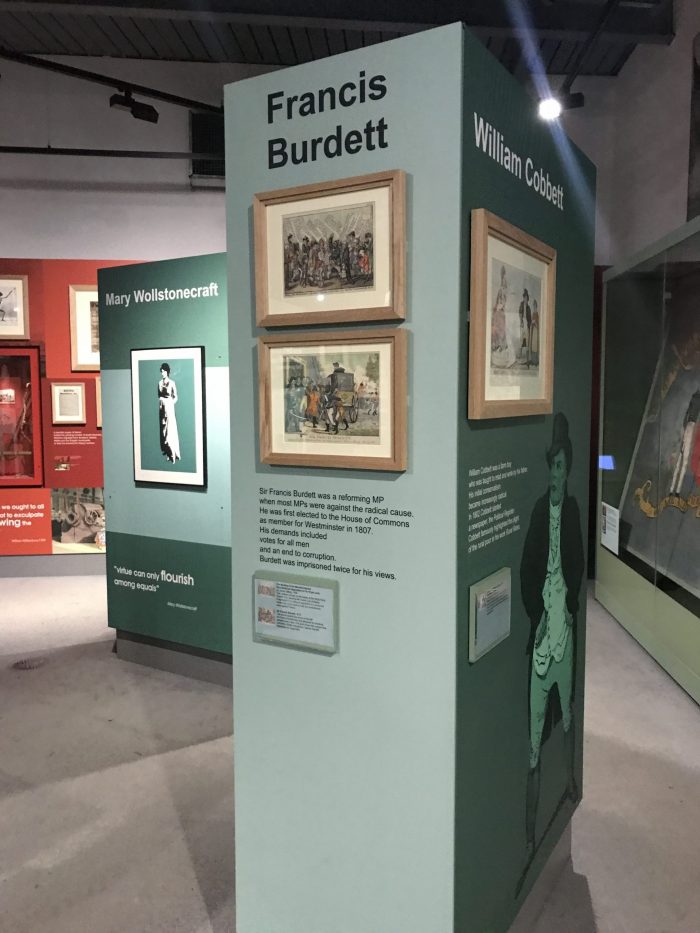 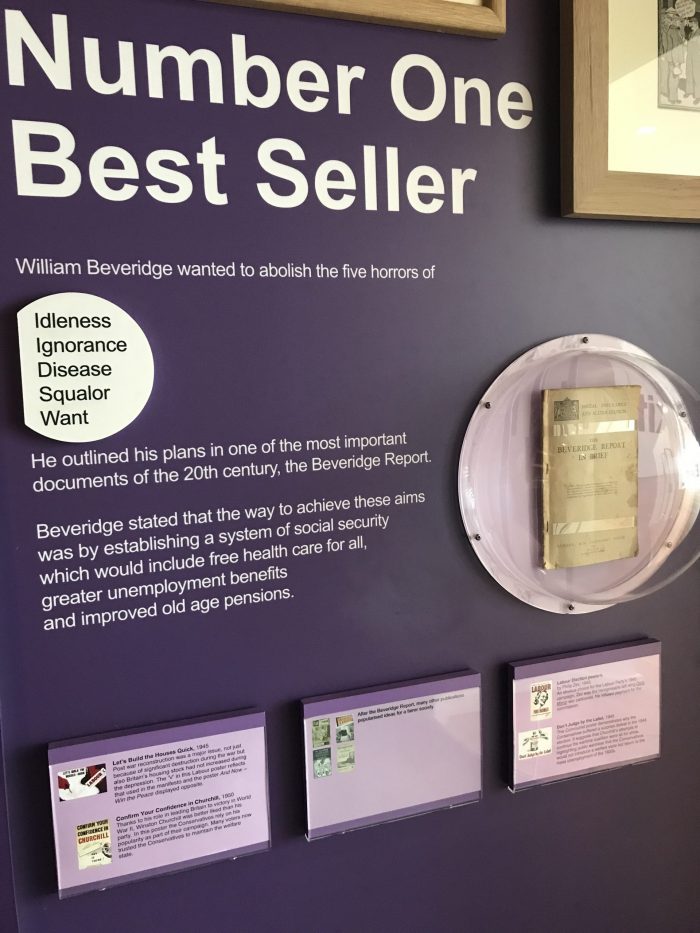 The second main gallery is about politics & protest after 1945. Political banners are a major part of this exhibit. The People’s History Museum is home to the largest collection of political banners in the world. There are so many in the collection (over 400!) that only a small fraction can be displayed at once. 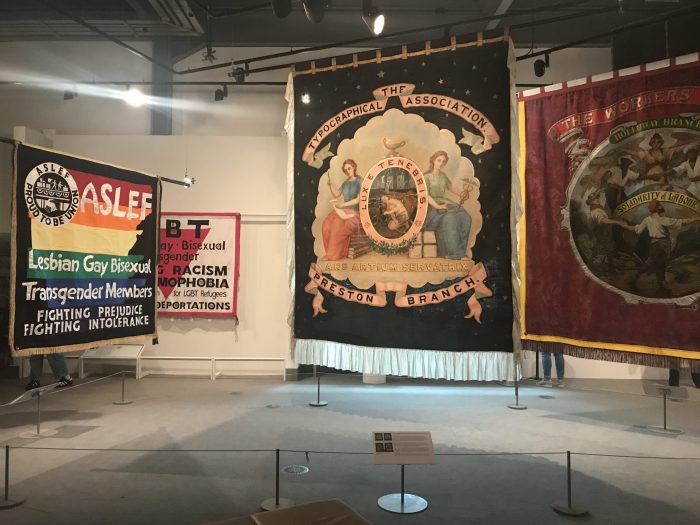 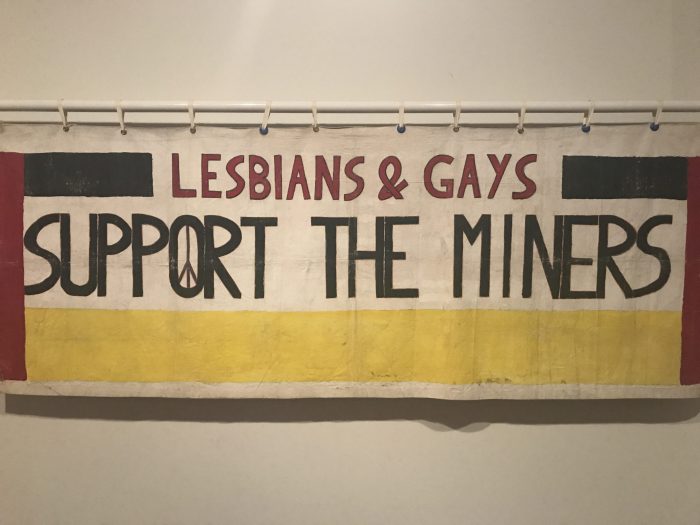 At the back, there are windows into the Textile Conservation Studio. If you’re lucky, you can get a glimpse of historians working the preserve the banners. 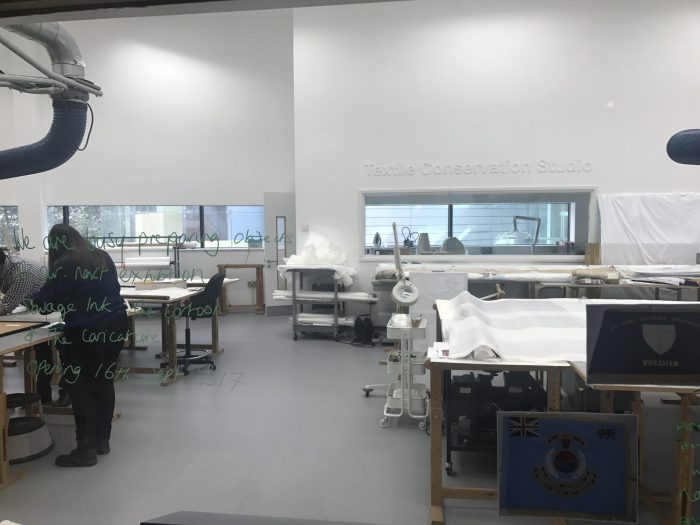 More recent protests are also included in this gallery, including the LGBT+ rights movement, the miners’ strikes, & demonstrations for peace. 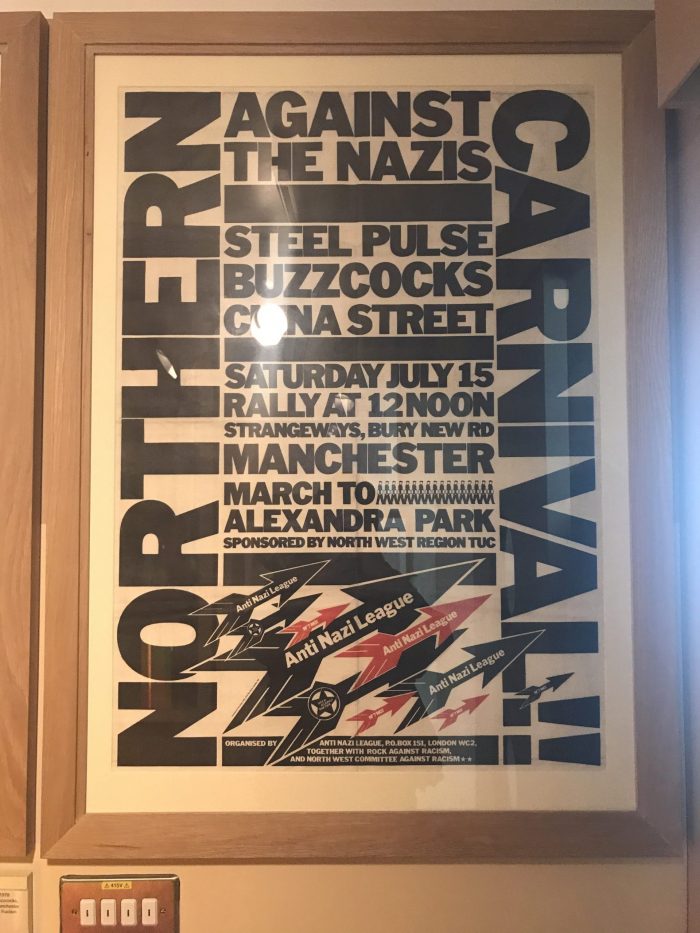 Another part of the second gallery is called “Time Off?” This gallery discusses the movement to fight for time off, along with the outcome of that extra leisure time. Exhibits here include the history of football clubs (very important in Manchester), Manchester gay clubs, and music. 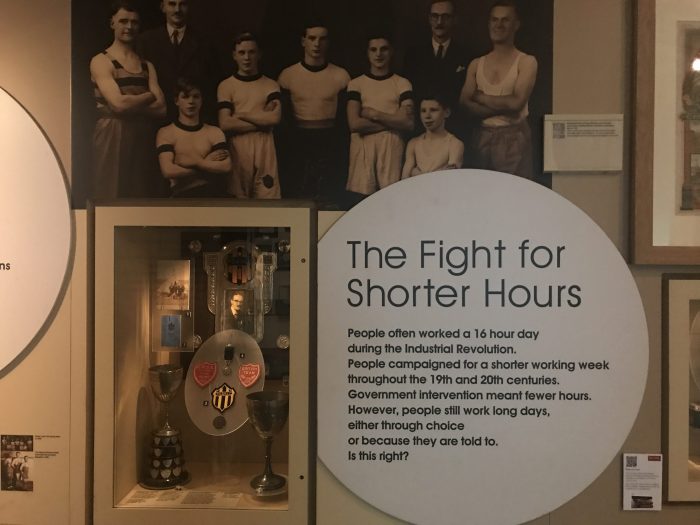 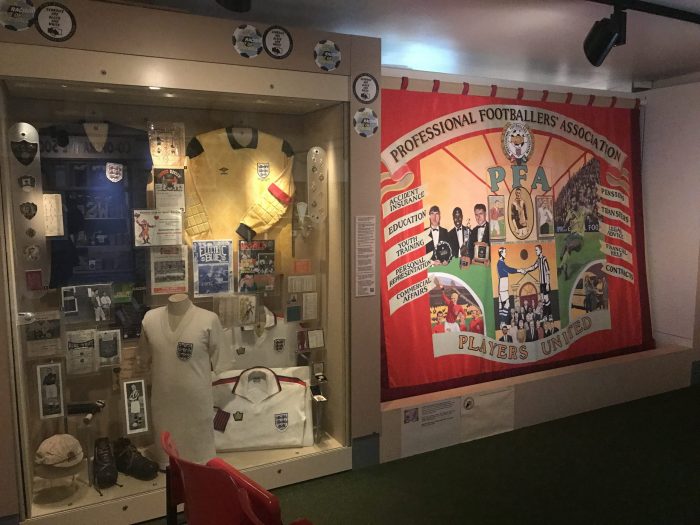 Even if you’re not a huge fan of history, you’re likely to find something of interest in this section of the museum.

The exhibition closes out with a free jukebox filled with great music from Manchester icons such as Oasis, The Smiths, & The Stone Roses. 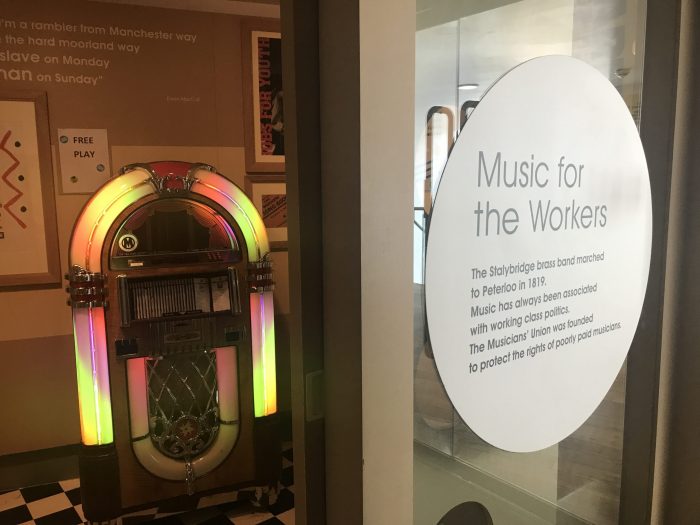 Given the focus of the People’s History Museum, its story will never finish being told. The museum hosts temporary exhibitions on a variety of topics that are relevant to the present day.

On my visits, I have seen special exhibitions about Black history, the Co-operative Party, and the temperance movement. The latter was so effective that I immediately went to the BrewDog Manchester bar right after.

If you’re a history buff, especially when it comes to social & political history, you’ll enjoy the People’s History Museum in Manchester. However, even if you’re not, the wide range of entertaining subject matter means that you’re likely to encounter at least something that you’ll find interesting. Plus it’s a great free activity for those on a budget, or on a rainy Manchester day.

Here are some great Manchester tours, as well as other things to see & do in the city.

Looking for a place to stay? Check out these Manchester hotels & AirBnbs.