Ostrava, Czech Republic is a nice city with a rich mining history & good craft beer. If you’re visiting and looking to get away for the day, a day trip to Opava Silesa makes for a nice getaway.

Opava is less than an hour away from Ostrava. I did the day trip as part of a hosted excursion organized by TBEX Ostrava.

Our day started out with a tour of the Opava town center. Opava was one of the most destroyed cities in World War II, with a third of it being ruined in the final month of the war in April 1945. Despite this, the town still has a variety of buildings with nice architectural details that either were fortunately to survive or were restored. It’s quite a nice town center. Even with this sculpture that is a clear test of how dirty your mind is. 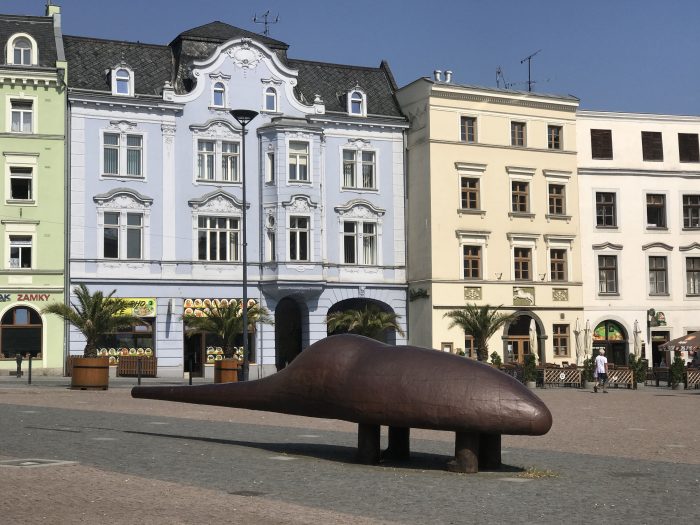 One of the highlights of the Opava town center is the Upper Square. Here you will find a sculpture of the sun. This sculpture is nice enough on its own, but it’s actually a part of something much larger. Across Opava, you can visit the entire solar system, built to scale. Pluto is some 9.5 kilometers away. If you’re interested in spotting all the planets in the Opava area, here are more details. 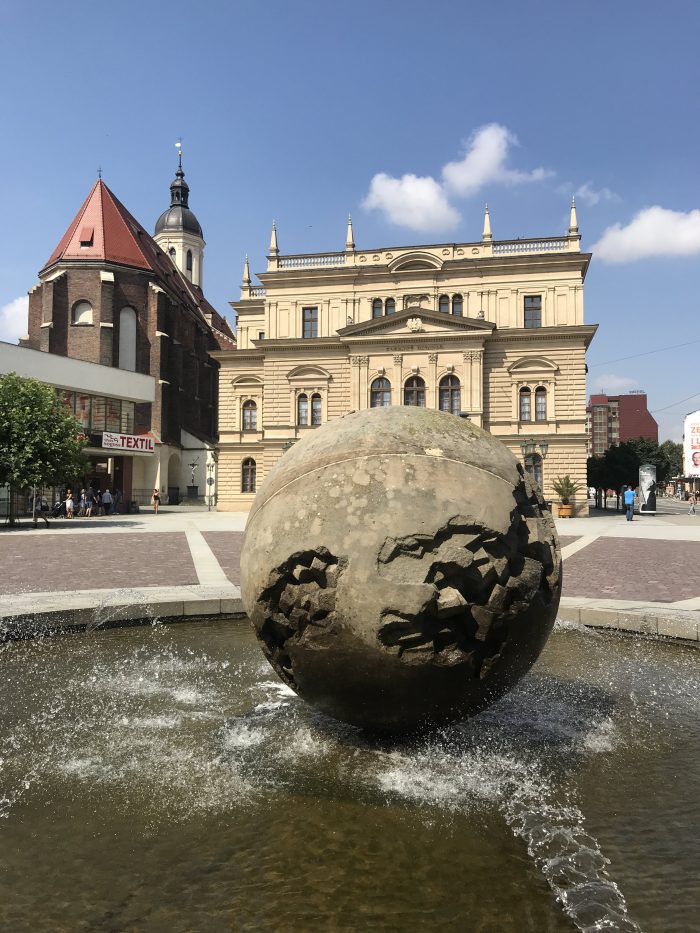 We wrapped up our walk with a visit to the top of Opava’s city hall tower, which had nice views of the town. 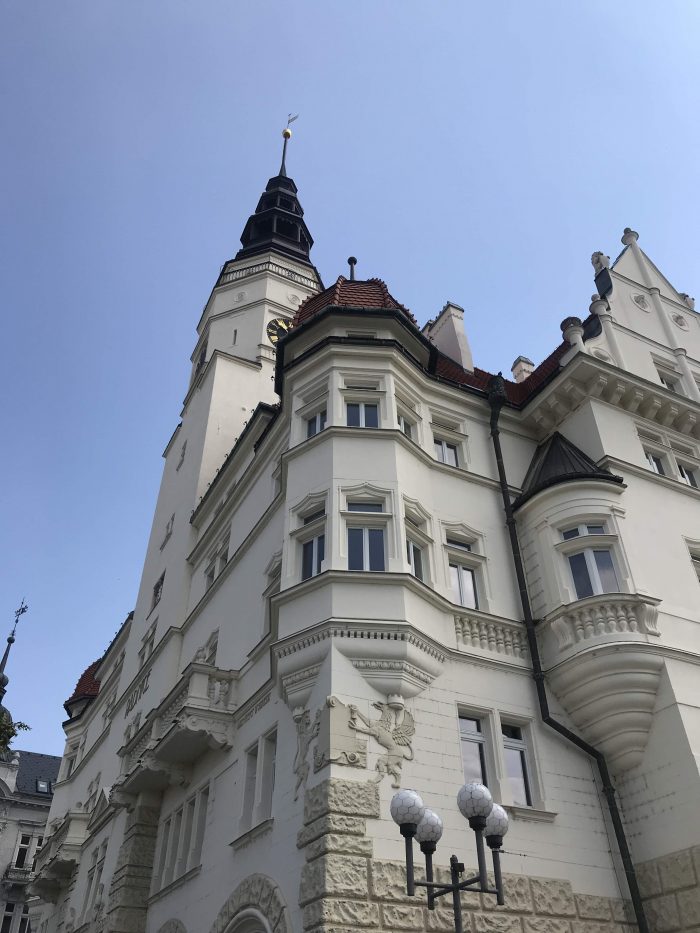 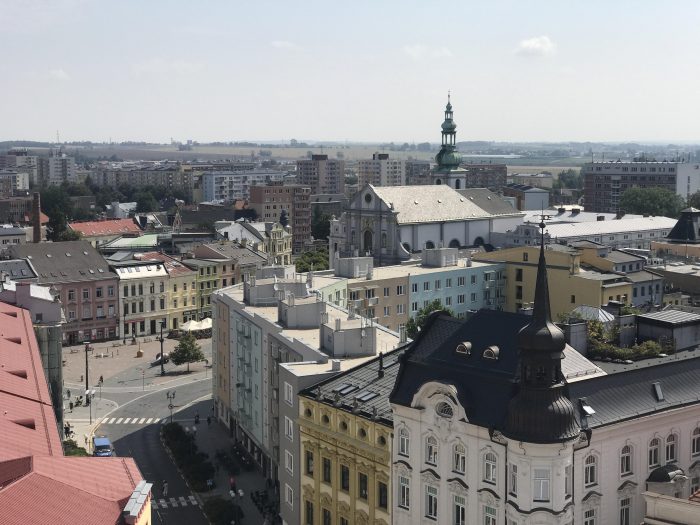 It was a hot day, so our next stop was a detour to Stříbrné Jezero, a former quarry that is now a recreational lake. Some people went swimming or went paddleboarding, but I opted for disc golf and beer. 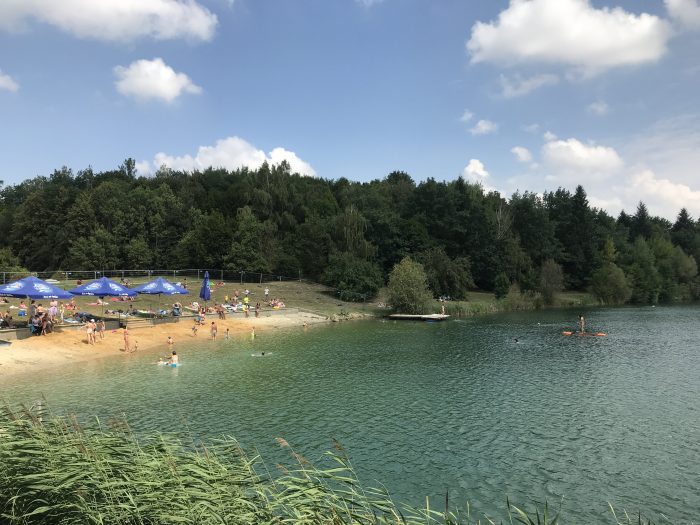 Then it was time for lunch. And more beer, of course, because it’s the Czech Republic, and few activities here don’t include beer.

Our destination was Panský Mlýn, a former mill that has been turned into a brewery & restaurant. 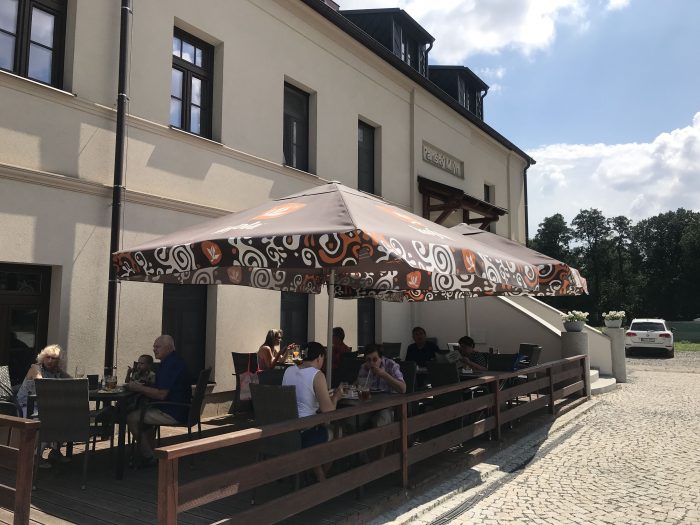 We first toured the brewery. They use water from their own well, which has high iron content. The brewery makes 3 beers, all of which are only sold on site. The beers are all named after bears (a local brown bear called Brtnik, Grizzly, and Kodiak), and range from lighter to a semi-dark. We tried them all, and then it was time for lunch (with more beer). 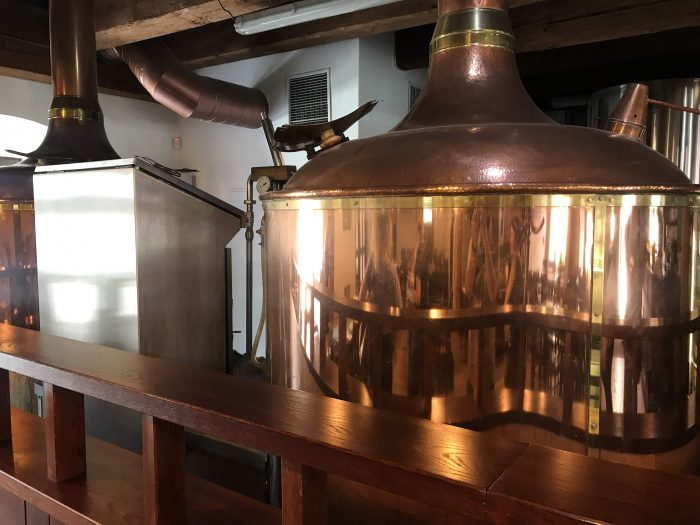 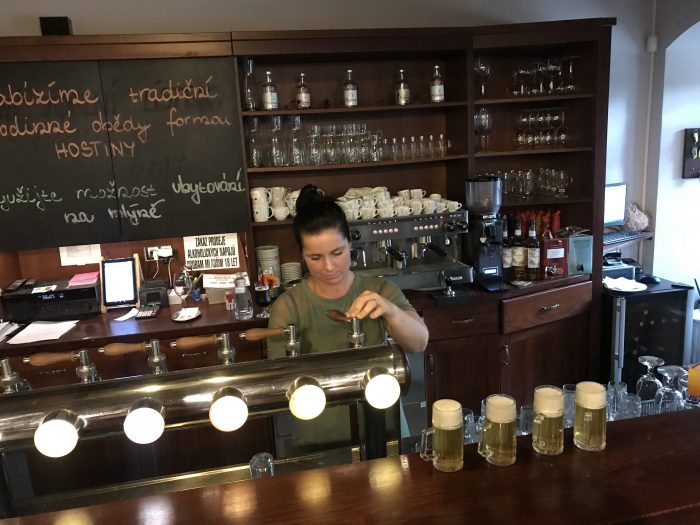 Our lunch at Panský Mlýn was one of the best traditional Czech meals I had in the country.

The homemade bread was fantastic. When a restaurant puts care into this, you know you’re in for a good meal. It went especially well with the soups. I had two bowls of the chicken noodle soup. 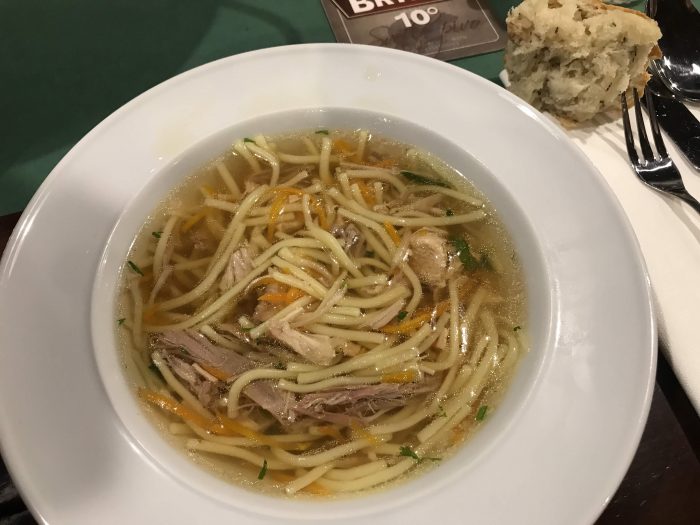 For my main course, I had svíčková for the first time. Svíčková consists of larded beef in a cream sauce, served with dumplings, whipped cream, & berries. It was delicious, especially thanks to the rich sauce. I had svíčková a couple more times in the Czech Republic, but it was never nearly as good as it was here. 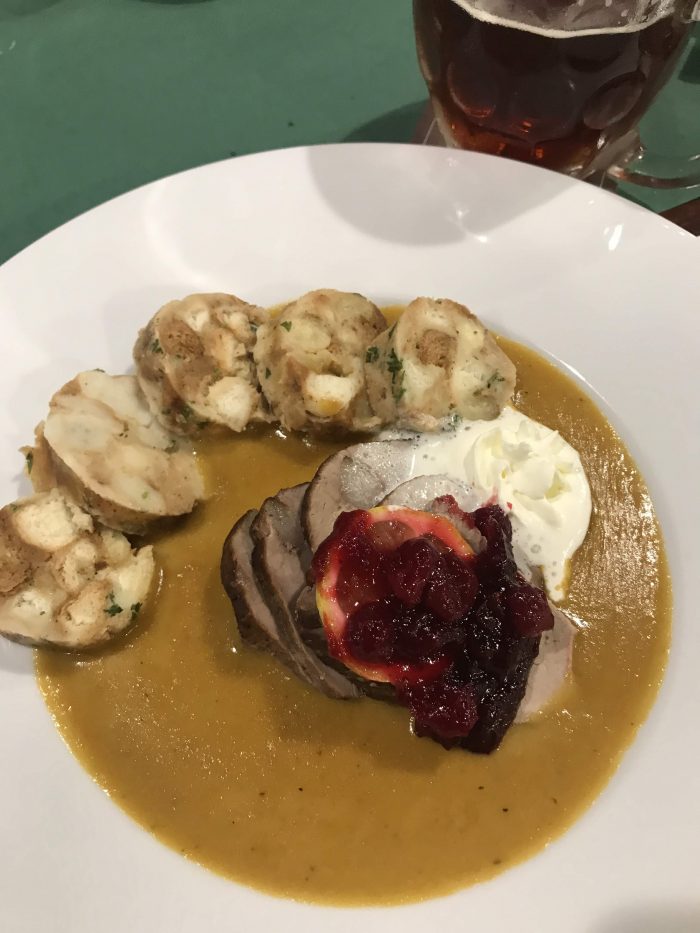 Bellies full, it was time for us to go for a bit of a walk after a quick bus ride to Raduň Chateau. Raduň Chateau has is a castle/manor house that has evolved over the centuries. Some 700 years ago, it used to be a stone castle. Then it was rebuilt once in the 16th century, and again in the 19th century. 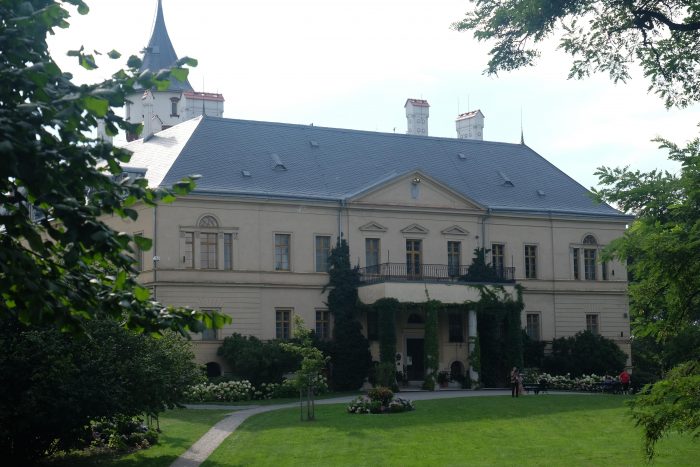 Inside, there’s a hodgepodge of items from throughout the years. The Blücher family, who had owned it, fled after World War II, leaving not much behind. The empty building was restored in 1984 and was filled with whatever the new owners could find, including copies of paintings from Versailles & Fountainbleau and a giant silver beer stein that holds 40 liters of beer. As you might have guessed by this point, they like to go big when it comes to beer in the Czech Republic. 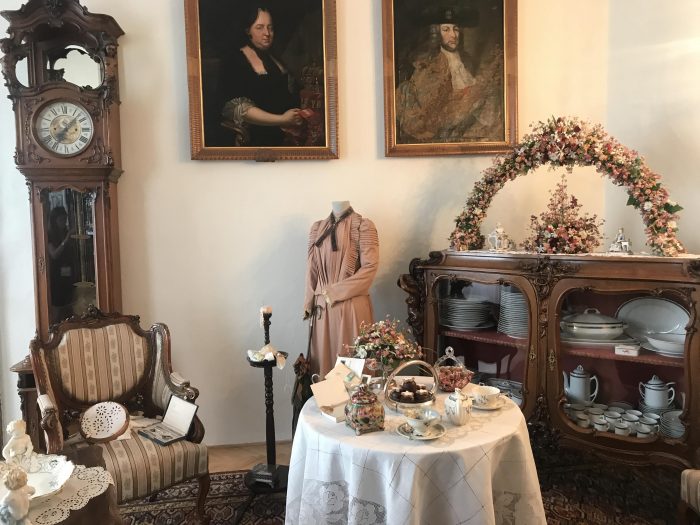 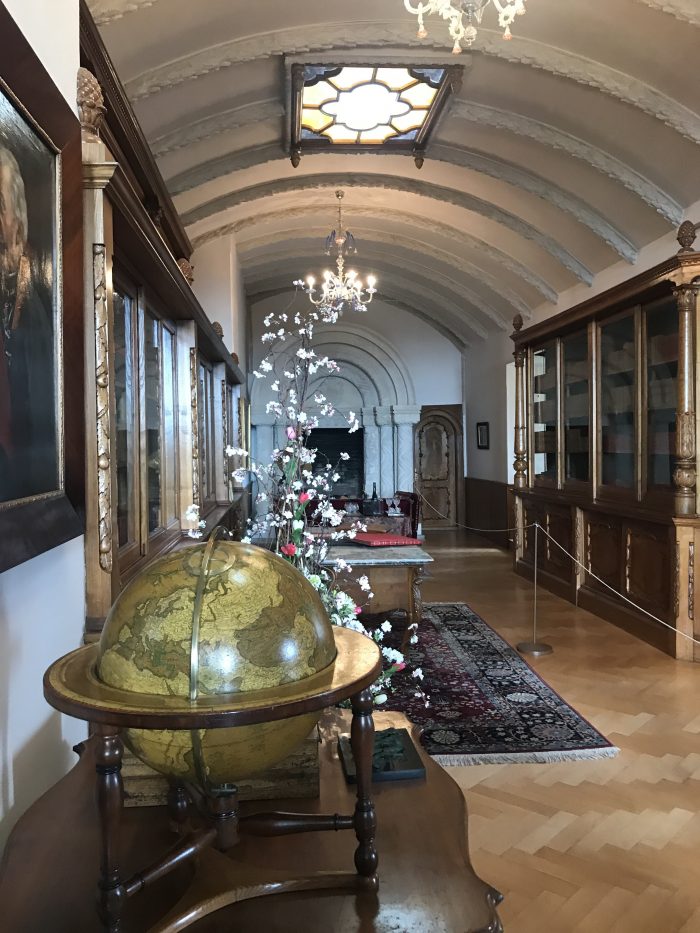 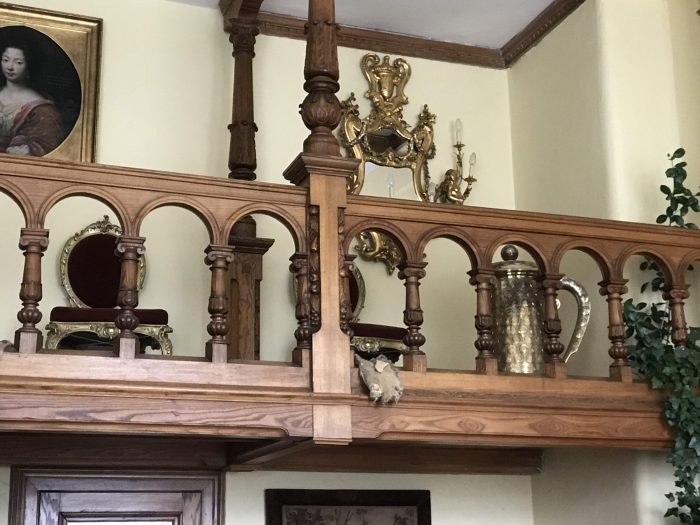 If you also want to infest your nightmares with creepy dolls, you’re in luck. 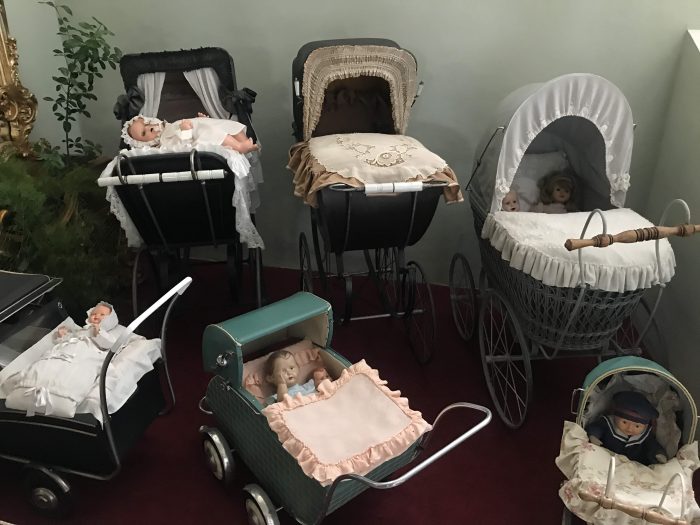 For me, the highlight of Raduň Chateau was the grounds, as the chateau overlooked a lovely little lake that was so calm that it looked like a mirror. 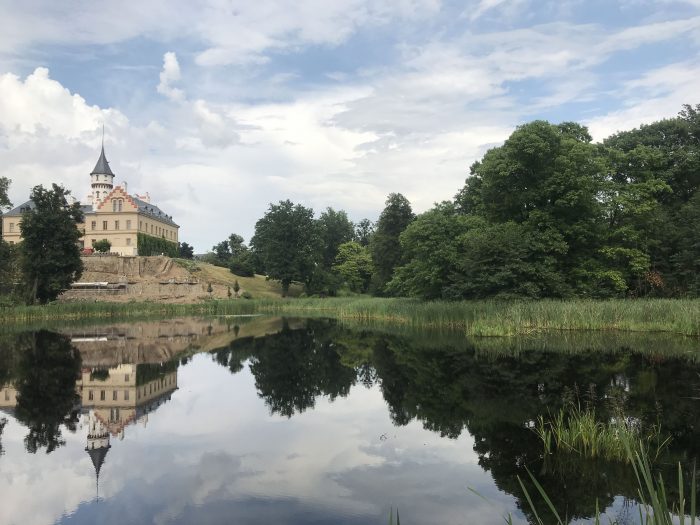 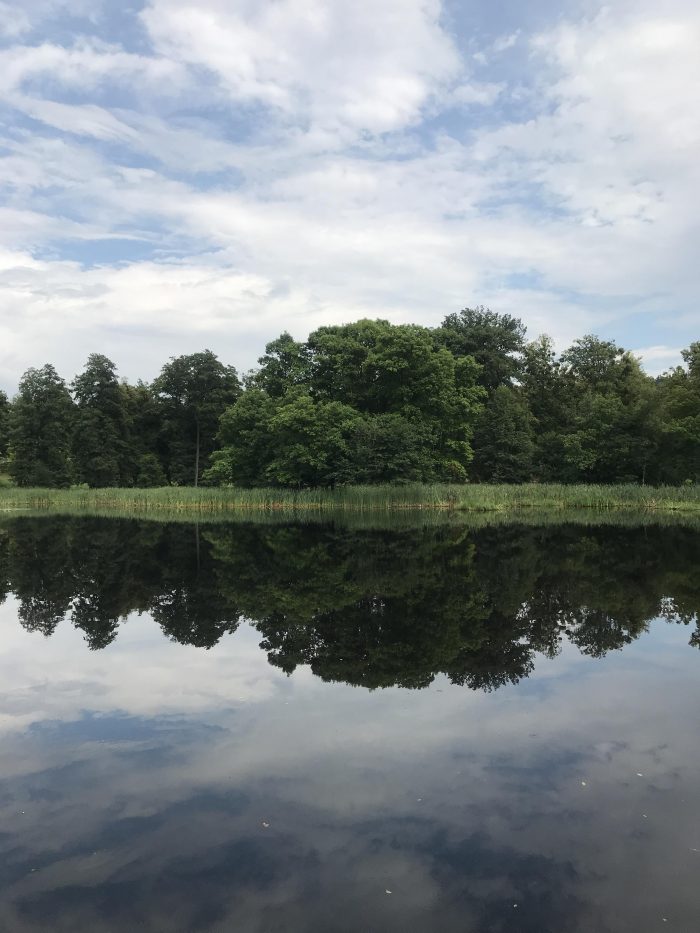 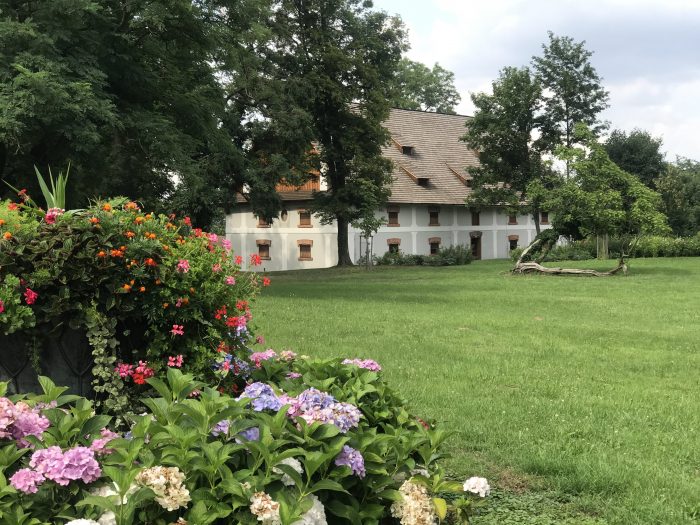 Our tour of Opava & the nearby area was a nice day trip from Ostrava. We were able to see the town, have some great local craft beer & authentic Czech food, and visit some historic sites before heading back.

Disclosure: I took this day trip to Opava from Ostrava as part of a TBEX tour organized by Visit Czech Republic. All thoughts are 100% my own. 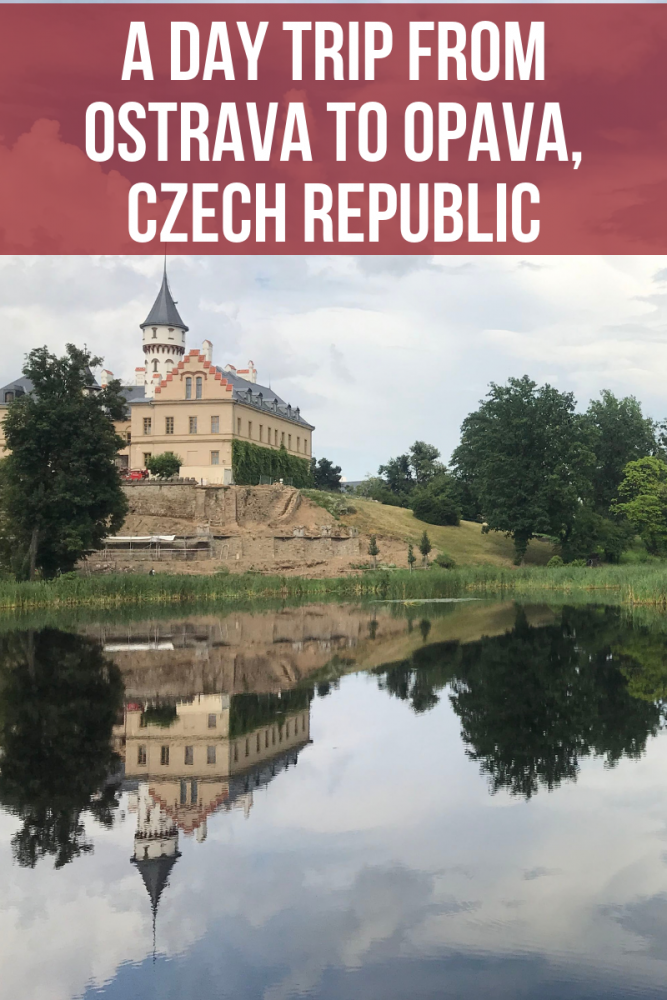