Home
Travel Guides
Europe
Spain
Madrid
What to do on a layover in Madrid, Spain

My itinerary from London to Palma de Mallorca, Spain had an intentional bonus: A layover of around 12 hours in Madrid. Any time you can spend a good portion of a day in a great city like Madrid, you have to take it, right?

I landed at Madrid-Barajas Airport (MAD) around 9am, which gave me an entire day to explore. I quickly went through EU passport control and hopped on a Metro train toward Nuevos Ministerios. If you are on a layover in Madrid, I recommend getting the Madrid Tourist Travel Pass. Currently, this pass is 8.40 € for 1 day of unlimited Metro & bus rides in Madrid, including the airport, which normally costs 5 € each way. Even if you never ride the metro other than to and from the airport, you’ll save some money. Factoring in travel time, I still had most of the day to spend in central Madrid.

My first target was one of Madrid’s most renowned museums, the Museo Nacional Centro de Arte Reina Sofía, near Atocha train station. 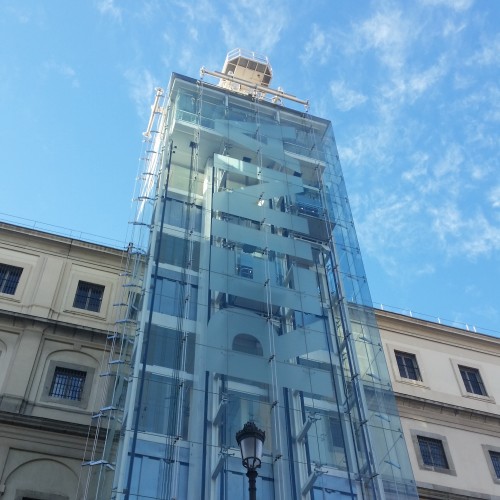 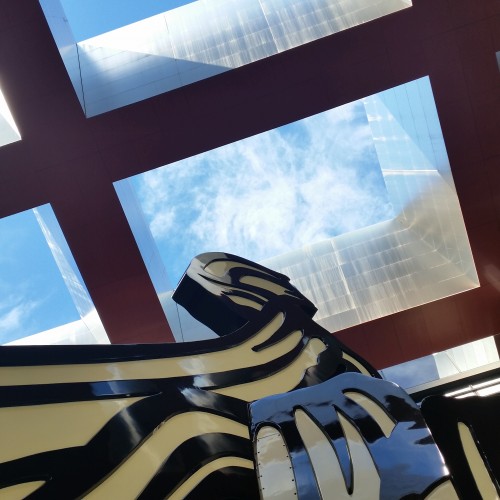 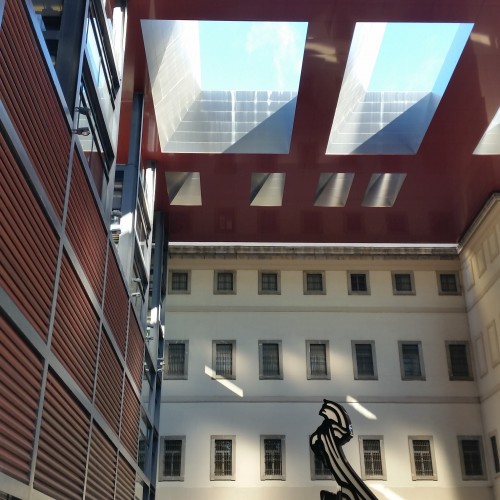 I had been to Reina Sofia before, but wanted to go back and visit again. The museum, which has been expanded in recent years, houses a range of modern art exhibitions. The permanent collection includes a variety of works from famous Spanish artists including Salvador Dalí, Joan Miró, and Pablo Picasso, whose Guernica dominates one gallery in the center of the museum. 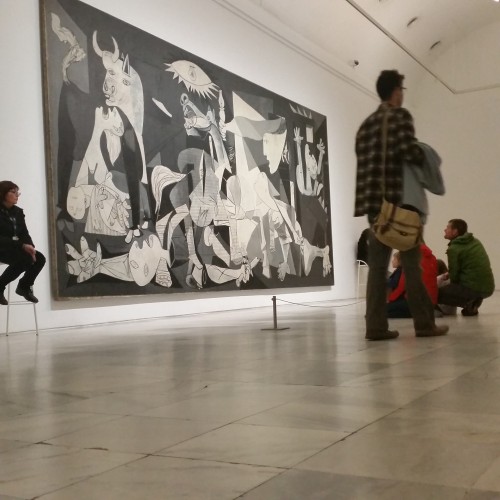 Guernica is one of my favorite paintings. It tells the story of the Nazi bombing of Guernica, Spain in support of Franco during the Spanish Civil War. That same pain would be spread throughout Europe & the rest of the world as the bombing of cities became common during World War II. Guernica has been described as one of the most powerful anti-war works of art ever created. You can see it online or in a book, but to truly understand just how imposing the painting is, go see it in person at the Reina Sofia.

Another exhibition I saw at the Museo Reina Sofia was Really Useful Knowledge, an installation about the importance of people being informed about politics and the world around them. 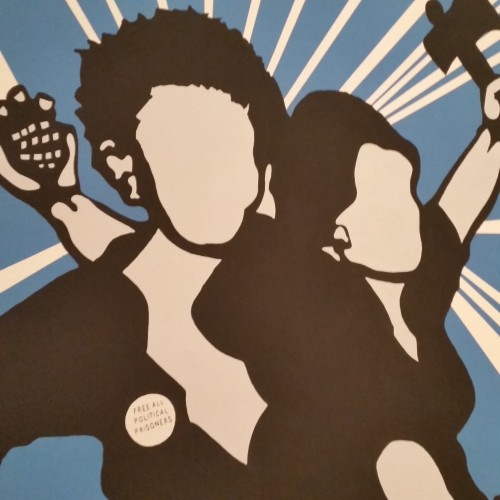 Having seen Guernica once again as well as all of the temporary exhibitions, I skipped re-seeing the permanent collection in favor of more Madrid exploration. I was thirsty, so I went to a convenience store and purchased this, thinking it was sparkling water. 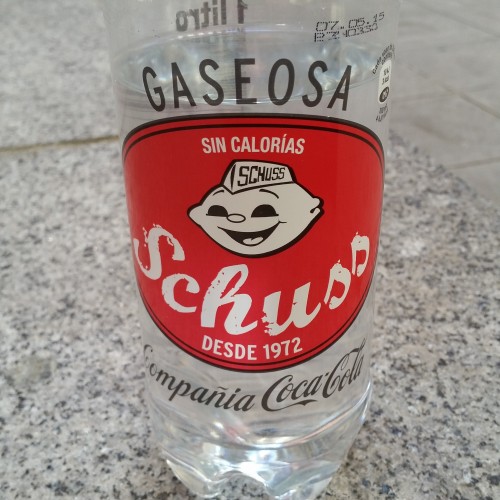 One sip, and I realized it was not. That little smiling guy on the bottle is not Stewie Griffin from Family Guy, but rather a happy lemon. It was an odd-tasting soda, similar to Sprite. I do enjoy trying local sodas, but this particular one was a miss.

Next, I headed towards Parque del Retiro, one of the world’s great urban parks. The park encompasses 350 acres just east of the city center, and feels even larger than that. While there are plenty of open spaces, Retiro is filled with gardens, monuments, activities like boating, and an array of small buildings that house everything from cafes to art exhibits. It’s a lovely place to relax with some food & drink on a nice day.

I entered the park along Calle Claudio Moyano, a street lined with vendors selling books. 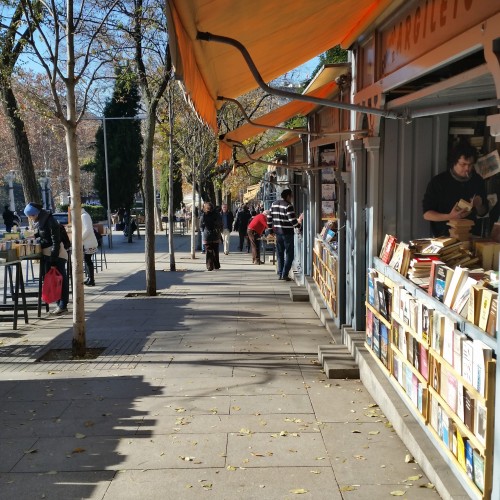 I stopped at a bench and ate a jamón ibérico sandwich I had bought from a place called ENRIQUE TOMAS Atocha. It was a simple sandwich of just meat, quality bread, and olive oil. It wad as delicious as it looks. 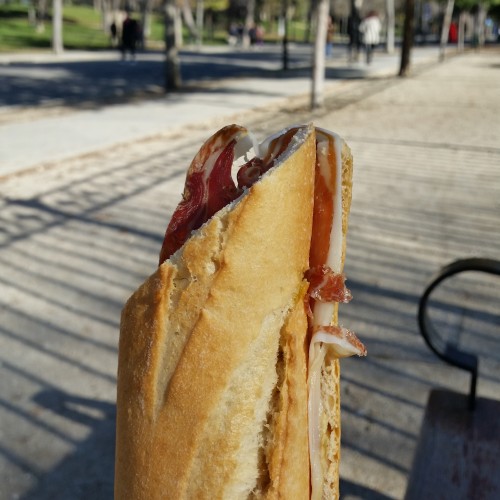 After eating, I continued wandering through the park. Despite it being late December, some of the plants in the gardens still had flowers. In the spring & summer, it’s even more green & lively. 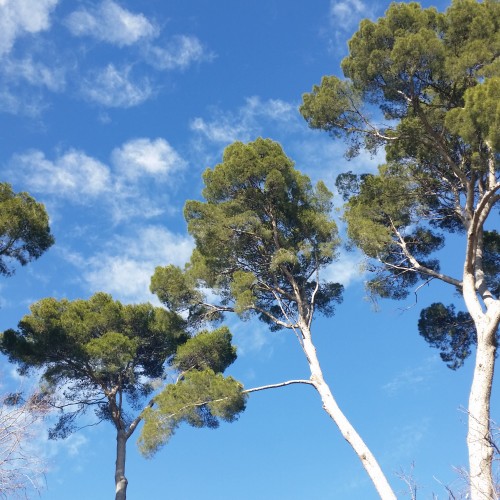 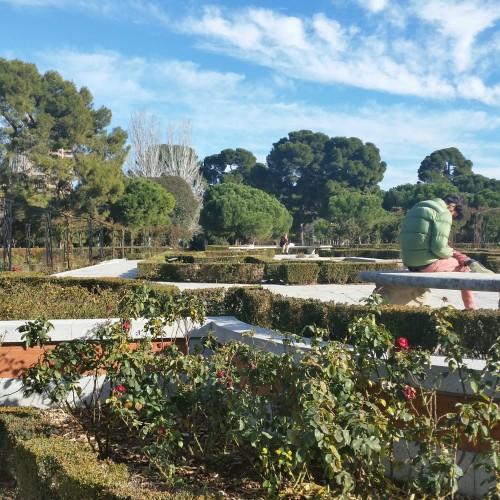 I arrived at the Crystal Palace (Palacio de Cristal) in the center of the park. It turned out that there was an art exhibition inside. In fact, several of the buildings in the Retiro contain temporary installations from Museo Reina Sofia. It’s a nice way to keep the buildings occupied, though it doesn’t seem like a lot of people are aware of the exhibits. While the rest of the park was pretty busy for a Monday afternoon in December, a few of the buildings only had a couple of other visitors inside. 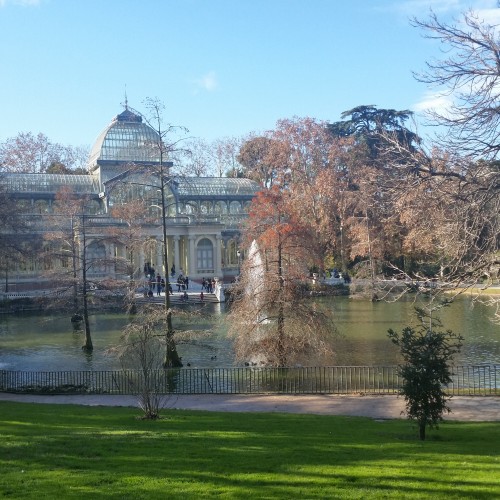 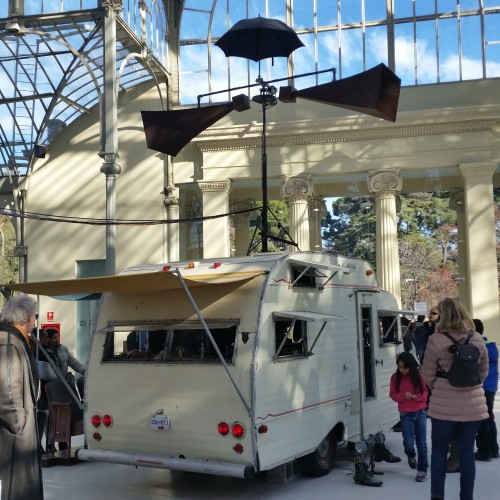 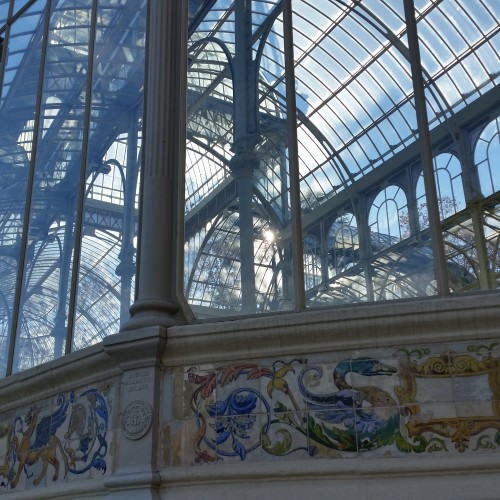 Here’s the temporary art exhibition that was inside Palacio de Velázquez in Parque del Retiro.

I’d had a long trip so far, and I still had more travel to go. In an effort to get on Spanish time as quickly as possible, I sat in the sun for a good hour or so at the Monument to King Alfonso XII. Between the warm-for-December sun and people watching, it was easy to pass the time. 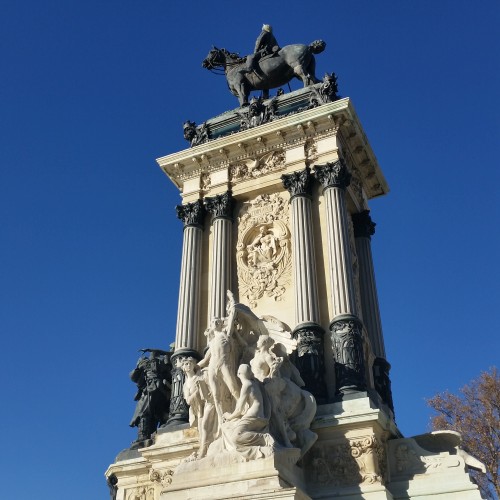 After my time in the Retiro, I headed back west, toward Puerta del Sol and then Gran Vía. On my first trip to Madrid, I had stayed in this area of the city, and to be honest, I hadn’t gotten much of a good vibe from it. I’m glad I went back to Madrid because I ended up having a better time than any of the days I had been there previously.

I had dinner, and then headed to my final stop in central Madrid, a new brewery called Fábrica Maravillas. 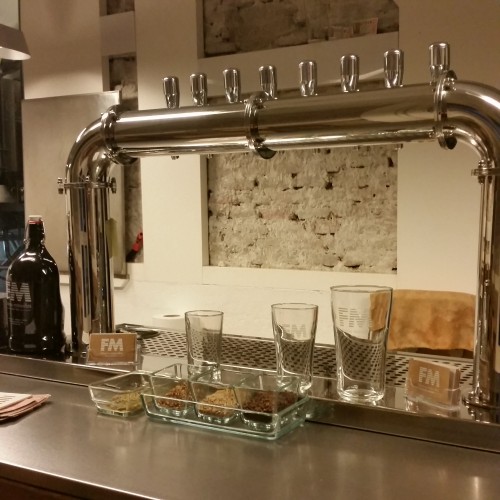 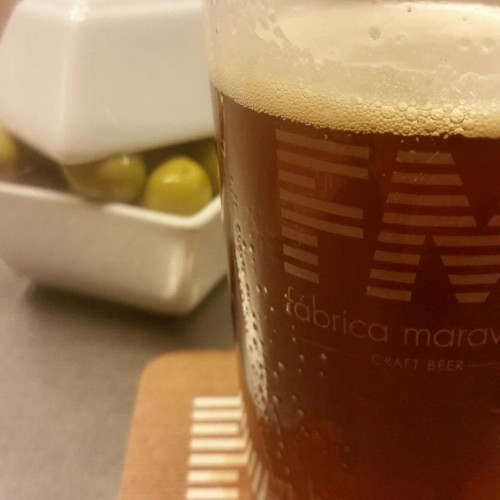 Fabrica Maravillas has only been around since 2012, but it’s a leader in the Madrid craft beer scene. I arrived just as they were opening. I didn’t have a lot of time before I needed to head back to the airport, but I did try several of their beers. My favorite was their Cabrona, which is a Belgian Quad (pictured above with tapas olives).

I wrapped up my layover in Madrid with a Metro journey back to Barajas Airport. I still had one more travel leg on the first part of my trip, flying from Madrid to Mallorca, an island off the coast of Spain. Thanks to being so convenient to get to from the airport, central Madrid makes for a nice layover if you’ve got some time to spare.