Harry Potter author J.K. Rowling lived in Porto, Portugal during the early 1990s. During this time period, she created an outline of what would eventually become the full set of Harry Potter books, while also beginning work on the first book. As with most writers, Rowling was inspired by her surroundings. Within Porto, it’s possible to visit several places where you can draw a connection to Harry Potter. While some of these connections between J.K. Rowling & Porto may be tenuous at best, at the very least these are some nice places to visit anyway while you are in the city. Here’s are some places to check out if you are looking to have a Harry Potter & J.K. Rowling experience in Porto.

Legend has it that J.K. Rowling spent time sketching out the outline of Harry Potter in the fancy Majestic Cafe. While I don’t know how likely it was that a poor writer would spend time in what is now an expensive coffee shop, I do know that it’s a pretty building. Perhaps back in the 1990s it wasn’t as packed with tourists willing to pay tourist prices. 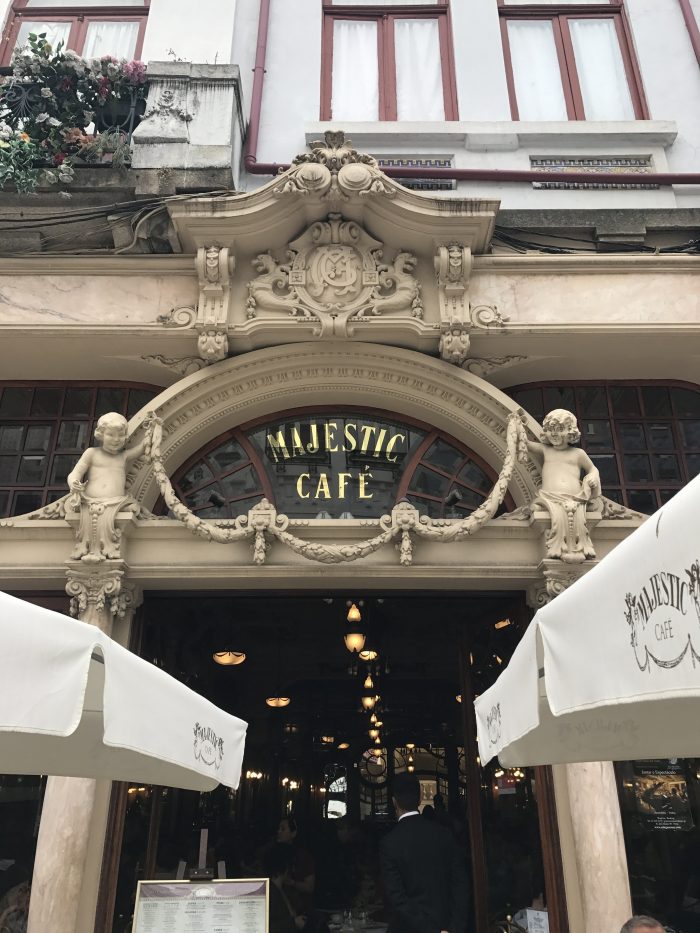 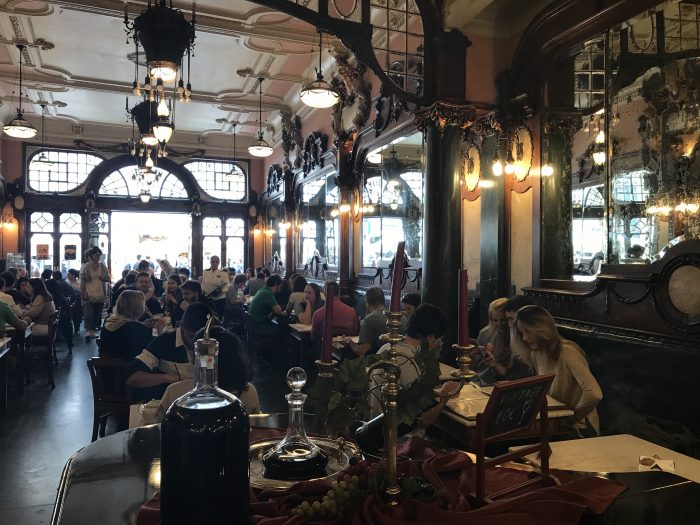 Stop in for a coffee or afternoon tea (perhaps trying the Portuguese take on french toast, or the famed Porto sandwich called the Francesinha?), and be sure to pay special attention to the statues on the walls high above you. The Art Nouveau decor is beautiful. The Majestic Cafe won’t necessarily blow you away if you’ve been to similar cafes in other European cities such as Paris, but it’s nice in its own way. 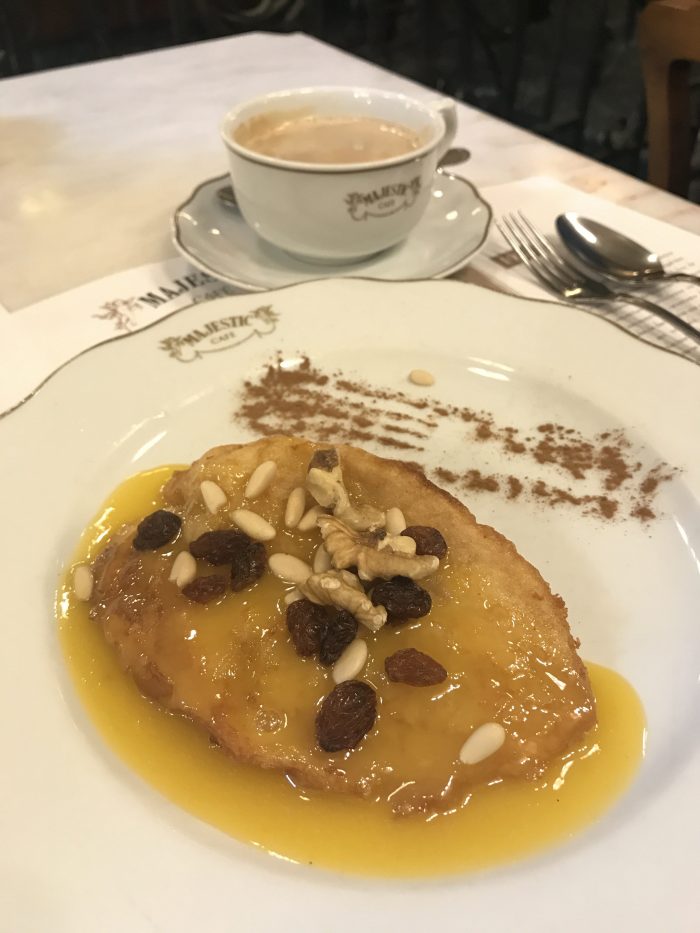 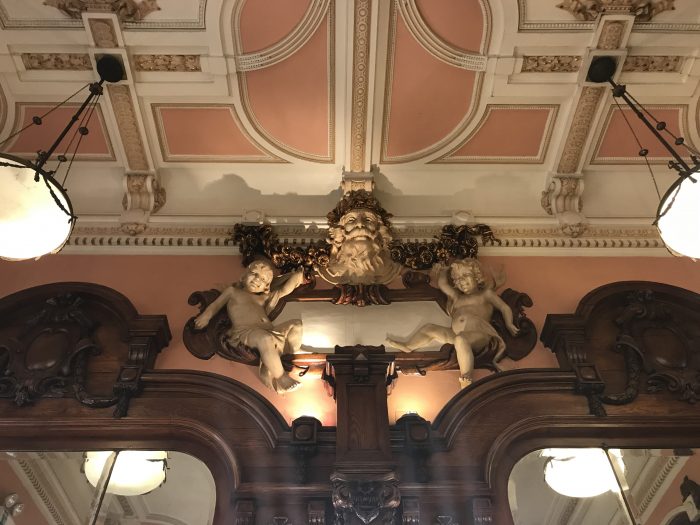 Livraria Lello is one of the most beautiful bookstores in the world. Its Art Nouveau design features intricate woodwork. It’s easy to see how a writer like J.K. Rowling in Porto would have frequently visited it and been inspired. 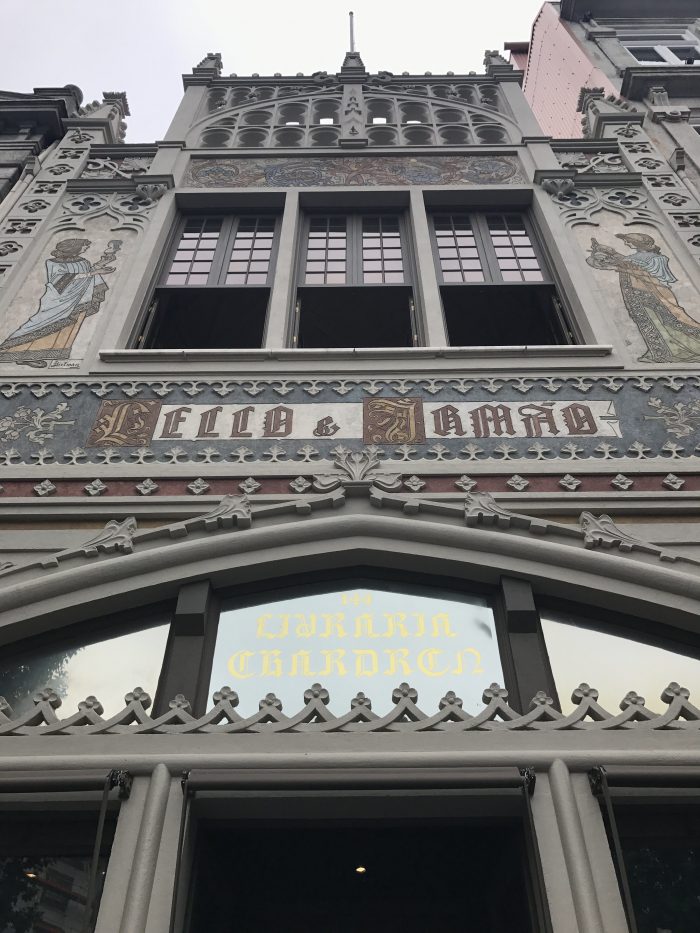 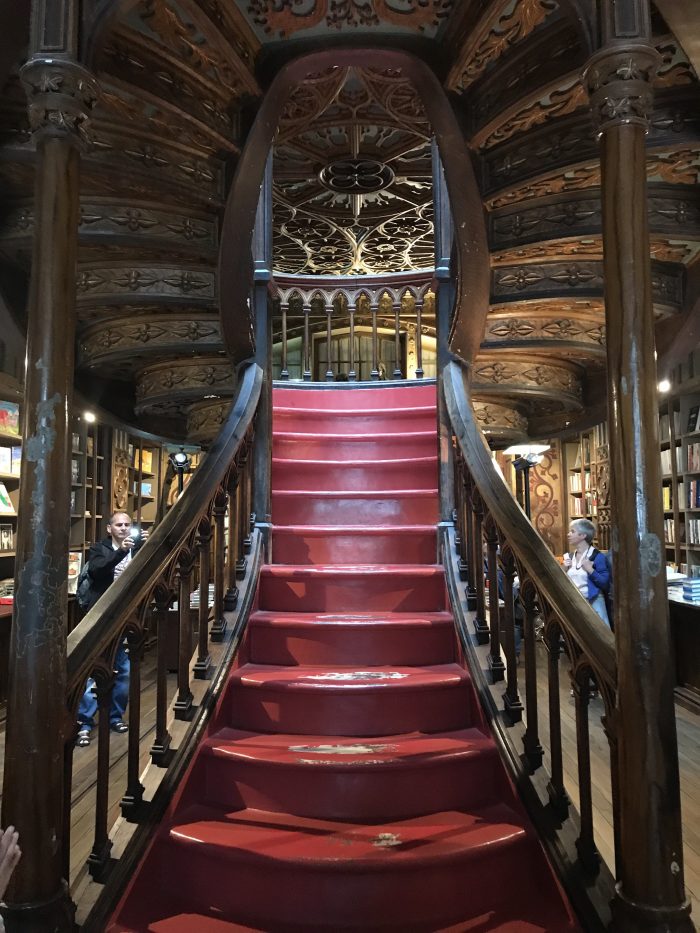 This central spiraling staircase? It looks like something out of Hogwarts. 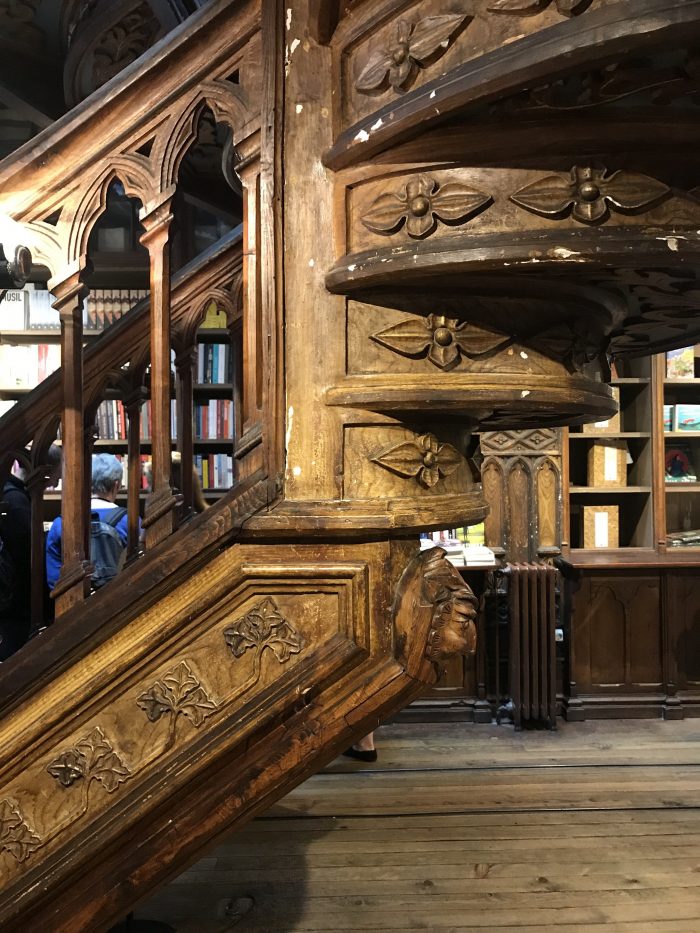 Of course, having visitors who wear Harry Potter scarves only helps add to that visual. 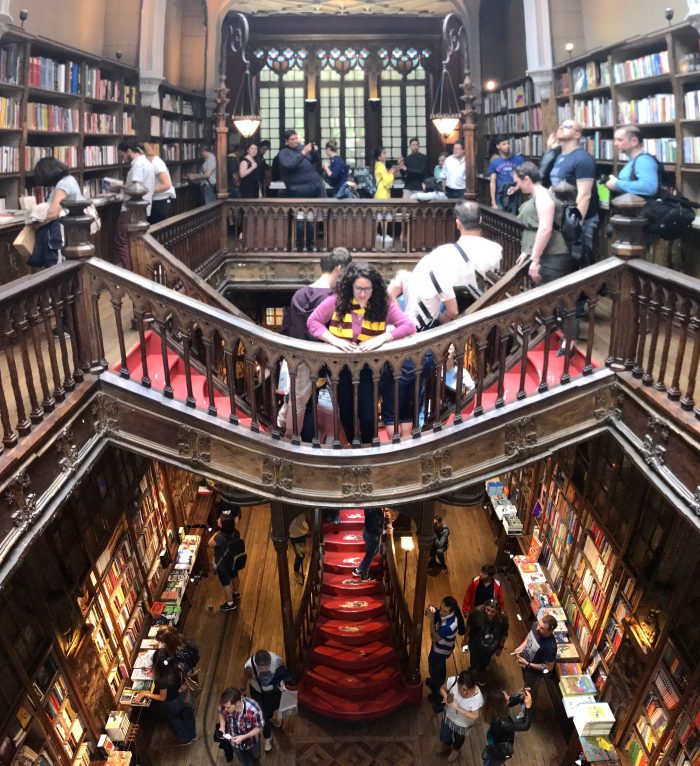 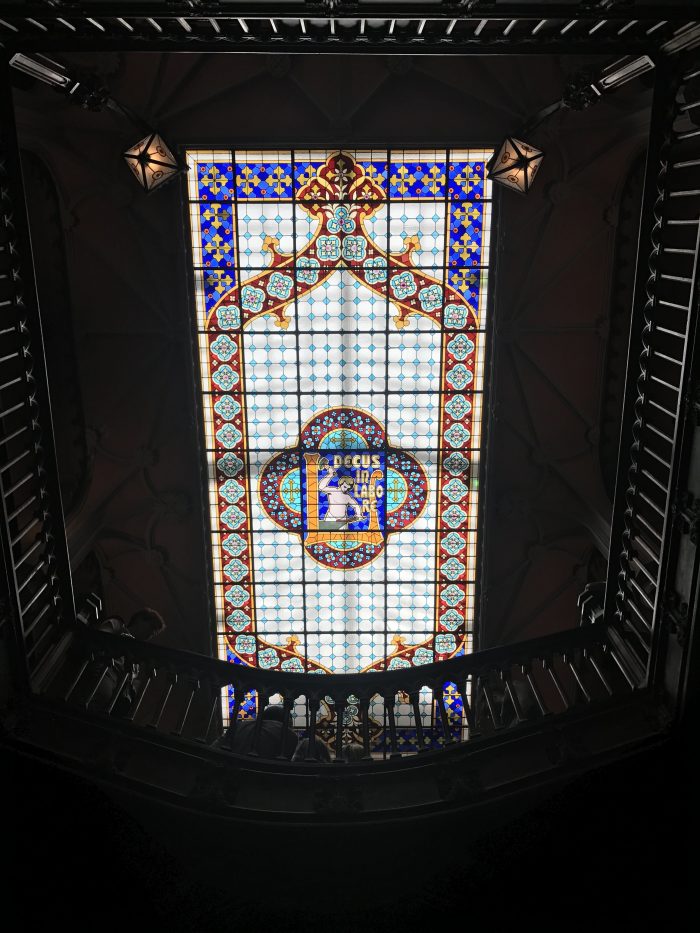 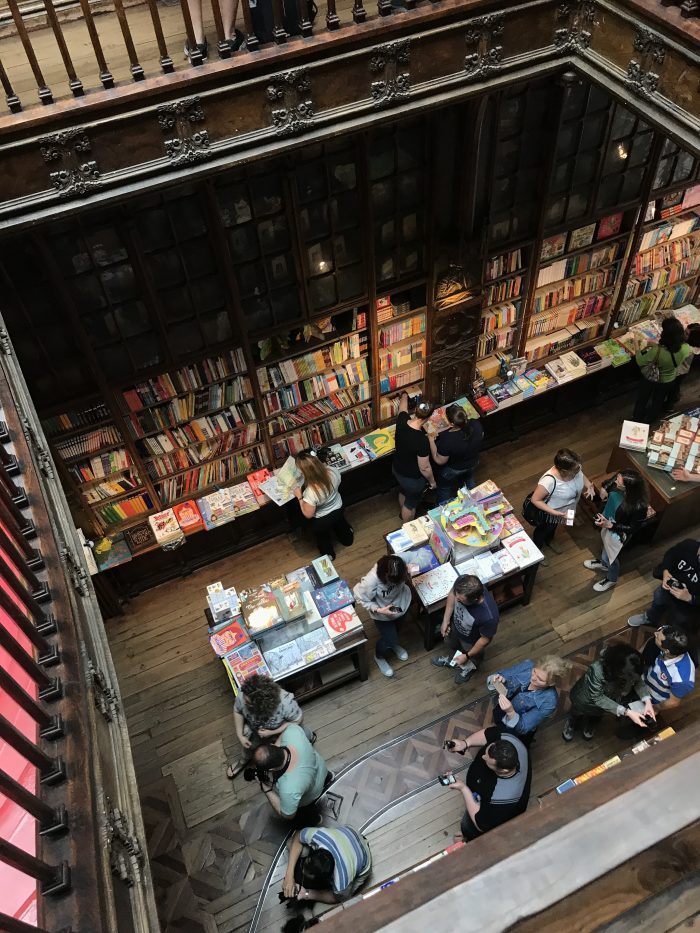 Entry to Livraria Lello now costs €4 in order to control the crowds. However, if you do plan on purchasing something, remember that you get that same money as a voucher toward a book. Even with the entry fee, be prepared to kill some time waiting for tickets. After you do get your ticket, you don’t have to rush right into Livraria Lello. Inside the annex where the ticket office is located, there’s a Platform 9 3/4 display. 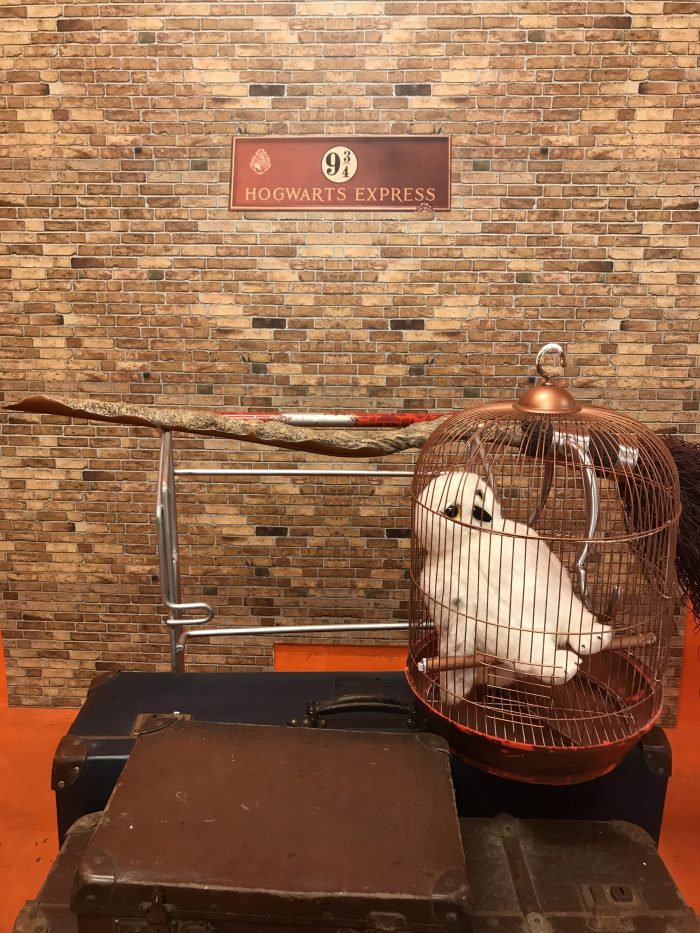 While São Bento train station might not look anything like London’s King’s Cross station, it’s still one of the most beautiful train stations in the world. 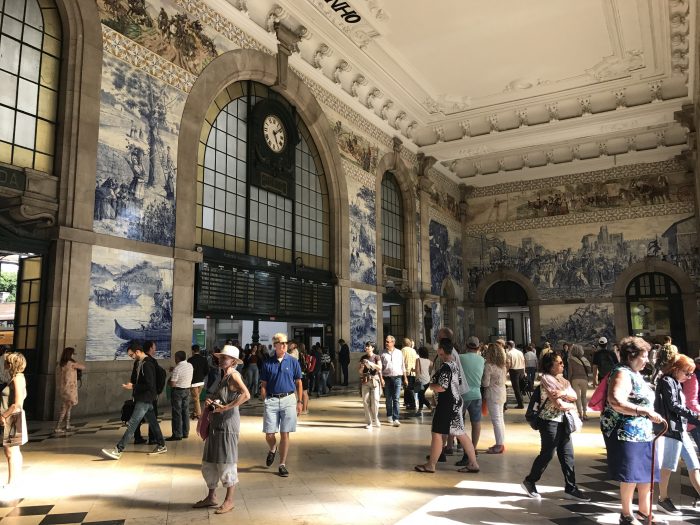 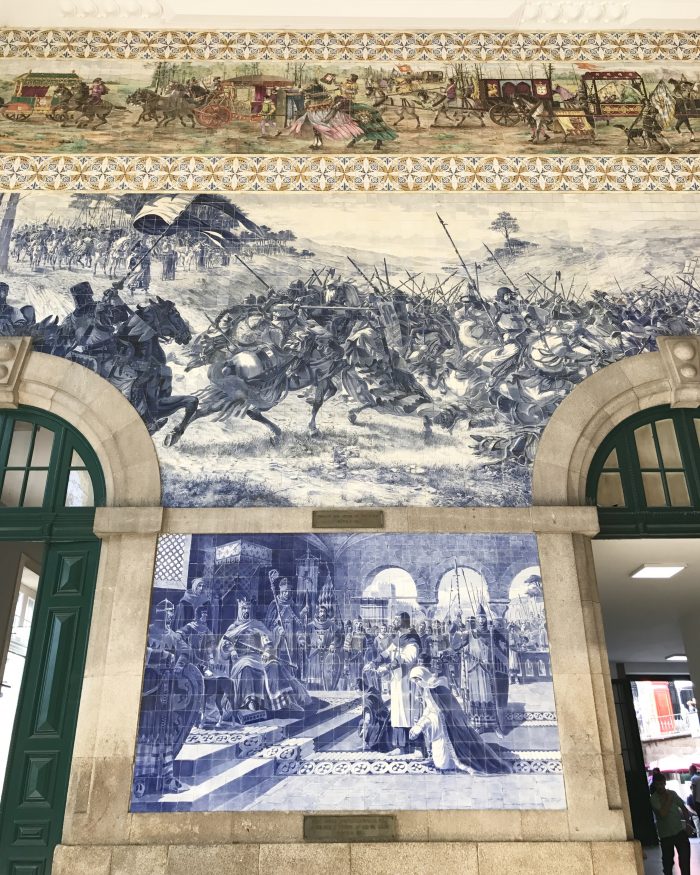 It’s exactly the sort of building that might inspire the notion that it contains secrets such as Platform 9 3/4. 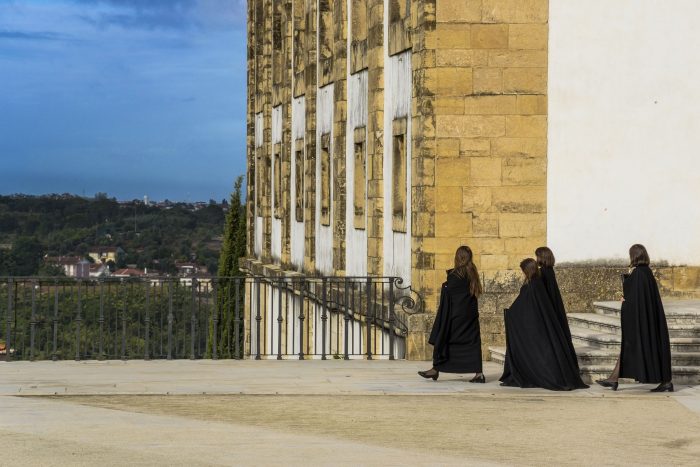 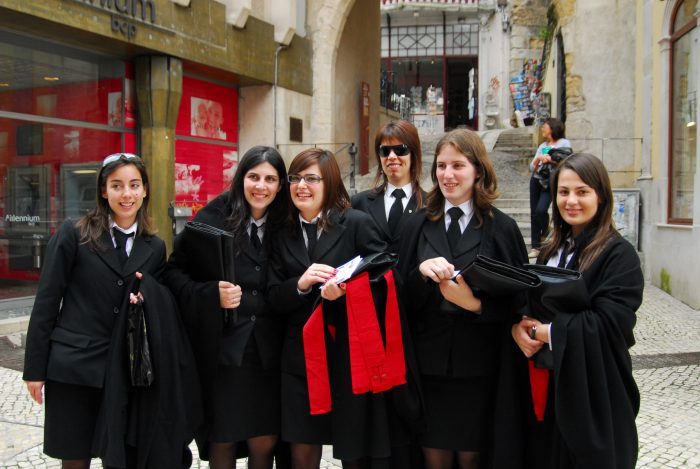 It’s easy to see how Portuguese university student uniforms may have inspired J.K. Rowling when she was creating the Harry Potter series. University students in Portugal wear capes and ties, which are reminiscent of the uniforms in the books.

The Fountain of the Lions can be found in a plaza along Praça de Gomes Teixeira in Porto. 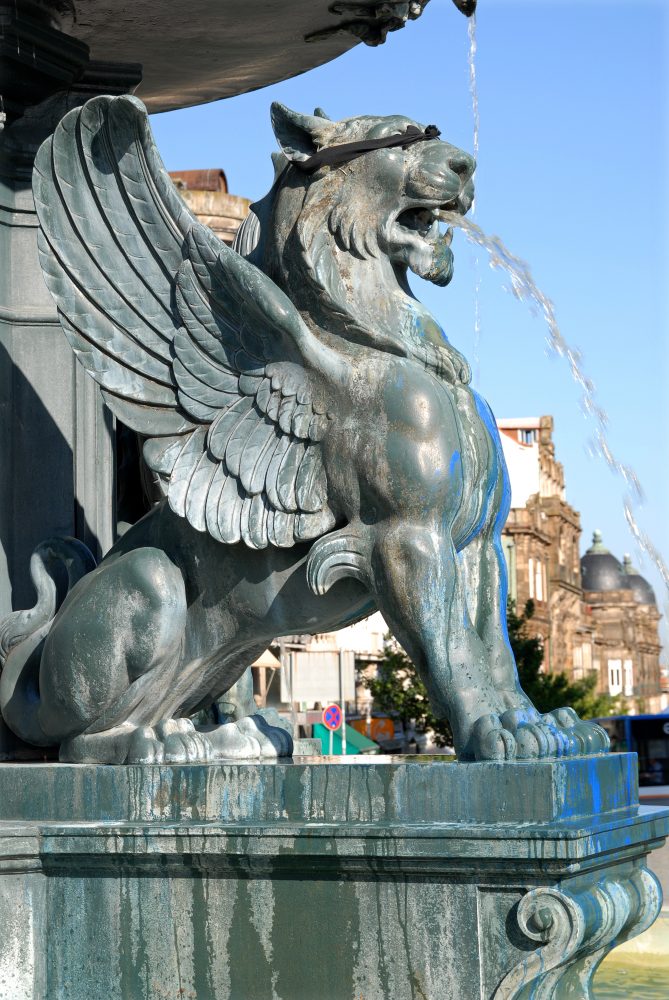 Could these lions have inspired J.K. Rowling when she created the Gryffindor house in Harry Potter? Perhaps. At the very least, this pretty fountain is also surrounded by other buildings of note, including Igreja do Carmo and its beautiful blue-and-white tile wall.

While the level of inspiration that these places provided to J.K. Rowling when she was creating Harry Potter in Porto is up for debate, at the very least these are spots worth checking out while you wander around the historic city center of Porto. Any book lover will particularly love a visit to the Livraria Lello, and if you are willing to stretch your imagination, it’s even easier to see how J.K. Rowling & Harry Potter were influenced by Porto.